The Wolfsburg vs Sevilla duel in the second round of the Champions League can make things a bit clearer in that group, so check our preview of this game to find out more about it.

Our top betting picks and tips for Wolfsburg vs Sevilla

You can always find our free Champions League betting tips on this website, including our favourite predictions for Wolfsburg vs Sevilla:

Wolfsburg and Sevilla to Draw

Both teams already drew in their first matches in the new edition of the champions league and a draw in this game sounds like the most reasonable outcome to us. Sevilla is definitely in better form at the moment, but Wolfsburg is not doing that bad either since they just recorded their first loss of the season over the weekend. With the German team playing at home, a draw sounds like a good bet.

Wolfsburg and Sevilla to Draw at Half Time

Since we expect this game to end in a draw, we also expect the teams to be even at half time. After all, that's how most matches that end in a draw go. In addition to this, Wolfsburg drew at half time in three of their first six matches in Bundesliga, while the same is true for Sevilla in La Liga, so our prediction is for Wolfsburg and Sevilla to draw at half time.

Both of these teams have a potent attack and more than a solid defence, so betting on both teams to score may be a bit risky. However, we have a feeling that both teams will score in this match and we might even see some goals in the first half. But the odds on both teams scoring at least once for the entire match are good enough and there's no need to risk it further.

The best odds, stats, and more for Wolfsburg vs Sevilla

If you are looking for the latest odds and stats for the Wolfsburg vs Sevilla duel, you've come to the right place:

Wolfsburg vs Sevilla preview: Can we see a team win in Group G?

After a great start to the season, Wolfsburg slowed down a bit in their most recent matches since they've only got one win in the last five games in all competitions. One of them was a draw against Lille in the first round of the Champions League. Overall, in Bundesliga, Wolfsburg has four wins, one draw, and one loss at the moment, which is enough to put them in the third place in the standings.

With four wins and two draws in the first six matches in the new La Liga season, Sevilla is currently third in the league. However, they also have one game fewer than the teams in front of them, so they could climb to the very top if they can keep this form going. Meanwhile, the team drew in the first round of the new Champions League against Salzburg.

Team news and possible lineups for Wolfsburg vs Sevilla

The home team will have to make a change in defence after Brooks has been sent off in the last game against Lille and has to serve a suspension. In addition to this, Otavio, Bialek, and Schlager are currently injured and will not be able to take the field against Sevilla, which will force Van Bommel to make some attacking changes as well.

On the other hand, Sevilla has almost the entire team at their disposal, with Torres currently being the only injured player at the club. However, En-Nesyri will also miss this game since he is suspended and that means that we will see Mir leading Sevilla's attack against Wolfsburg. 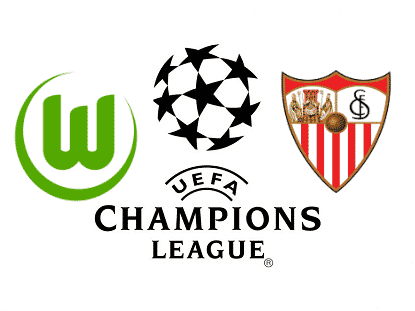