Mark van Bommel's perfect start to life at Volkswagen Arena came to a close last weekend as Wolfsburg suffered their first defeat of the 2021/22 Bundesliga campaign. Die Wolfe will look to return to winning ways against Borussia Monchengladbach, who arrives on the back of a 1-0 win over title challengers Borussia Dortmund.

Here are our predictions for Wolfsburg vs M'gladbach.

Borussia Monchengladbach are still adjusting to Adi Hutter's tactics. The potential upside of a settled squad was witnessed last weekend as Gladbach claimed the three points on offer on Marco Rose's return to Borussia Park as Dortmund manager. The celebrations of that victory will be short-lived as they prepared for a trip to the Volkswagen Arena, where they have not won in 17 trips since November 2003. We expect the in-form Wolfsburg to claim the three points on offer, continuing their march up the points table.

Oliver Glasner ensured that Wolfsburg played from a position of strength, and that was their defence. This has been the case under Van Bommel as well. Die Wolfe will protect their area and do just enough to take the three points on offer. Four of their last five home fixtures have seen this come to fruition, with the total goals column reading Under 2.5. For the visiting Gladbach, this has happened on three occasions in the same period.

Half of the games played by Wolfsburg this season have not seen both teams represented on the scoreboard. For Borussia Monchengladbach, the final scoreline has seen one side fail to score in four of their seven competitive outings. The goalscoring rate of Wolfsburg and Monchengladbach does not offer much optimism given their tally of 8 and 6 from six Bundesliga outings. Consequently, we believe both sides will not trouble the scorers this Saturday.

Wolfsburg vs M'gladbach: Check out the best odds and the latest stats

After suffering a 2-0 defeat in the opening round of DFB Pokal, Die Wolfe went on a seven-match unbeaten run that saw them enjoy pole position on the Bundesliga points table. They have been relegated to third place after dropping points in a draw with Eintracht Frankfurt and away defeat to TSG Hoffenheim. With a dour draw at home to Sevilla in the Champions League, Mark van Bommel will want his charges to give a better account of their abilities against Gladbach this weekend.

Marco Rose's return to Borussia Park did not go as planned. Borussia Monchengladbach stopped Erling Haalnd and co. in their tracks, claiming a 1-0 win. After a weeks rest, they will want to build on their famous win but have to find a goal supplier to get the job done against Wolfsburg. Their six goals have been provided by four players, with two coming from Lars Stindl and Dennis Zakaria.

Questions About Wolfsburg vs M'gladbach 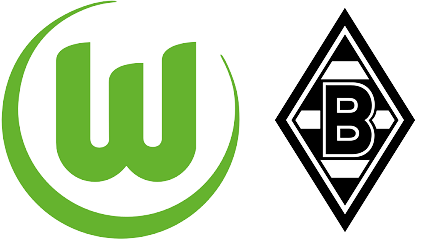 Where is the game being televised? BeIN Sport Connect and Sky Bundesliga.

Which team is the favourite to win? Wolfsburg.