Lille hope to finish top of group G in the Champions League when they take on Wolfsburg at the Volkswagen Arena in the sixth and final match of the group stages. Lille are currently top of the group but with a slender one-point advantage over Salzburg.

Wolfsburg’s poor form continued with the team losing 3-0 to Mainz 05 during the weekend. This was the second consecutive game in which Wolfsburg have conceded three or more goals. Lille picked up back-to-back Ligue 1 victories after beating Troyes 2-1 at home.

Lille gave their hopes of finishing top of a very competitive group with wins over Sevilla and Salzburg. Now, Lille cannot settle for a point and expect to finish top of the group. The French team will be going for three points and Wolfsburg’s recent form has been disastrous. The German outfit have been losing matches and they have also been doing so by huge margins. Still, home advantage and the small hope of qualifying to the knockouts might bring Wolfsburg into the game.

Three out of the recent five competitive games for Wolfsburg and Lille have produced more than 2.5 goals. Both teams have a lot of reasons to go for three points in this fixture and this should ensure a lot of goals.

Jonathan David has been able to score in back-to-back Champions League games for Lille. He was rested during the weekend against Troyes but he still came up from the bench to score a crucial goal.

Top Champions League Stats ahead of Wolfsburg vs Lille

Wolfsburg vs Lille: Battle for the Champions League knockouts

Wolfsburg are going through a very bad batch of form and the club are likely to end up with no form of European football in the second half of the campaign barring a remarkable set of results in the final group game. Wolfsburg are bottom of the group coming into this fixture. William and Admir Mehmedi are out due to injury, while Lukas Nmecha is suspended.

The wins over Sevilla and Salzburg have provided Lille with a very good opportunity to win the group after having started out winless in the opening three matches. However, Lille have a difficult path to topping the group, but the rewards can be quite high. The French team will be without Xeka and Jonathan Bomba due to suspension.

Questions about Wolfsburg vs Lille 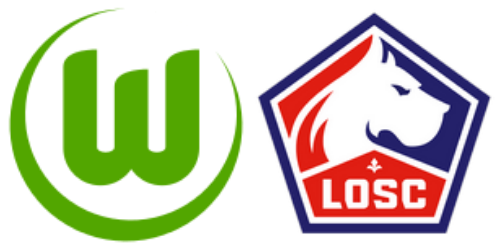 Where is the match scheduled? Volkswagen Arena

Which team is the favourite to win? Lille