Die Wolfe want to turn the corner against Greuther Furth in Round 21 of Bundesliga action. Both sides are battling relegation woes, the visitors more than the hosts.

Furth to Win or Draw

Furth to Win or Draw

Since mid-November, Wolfsburg has emerged as the worst outfit in German top-flight football. They have lost seven of their nine fixtures, drawing the other two. Die Wolfe have had competition from Greuther Furth for this title but the visitors have turned a corner in their recent outings. The Cloverleaves are unbeaten in their last four outings, winning twice and claiming the same amount of stalemates. This is why we are in the double chance market and believe it covers us well as expecting an extraordinary result from the Wolves is unlikely.

Neither Wolfsburg nor Greuther Furth are known for their goalscoring exploits. However, what they are known for are allowing their rivals to have a field day in their third. Wolfsburg has conceded ten goals in their last five outings, while Furth has the worst defensive output with 52 goals conceded this season. While the Cloverleaves have seen improved results of late, it has not stopped them from their shambles at the back with 6 goals conceded in their last five outings. This period has seen their last two fixtures conclude with Over 2.5 total goals and it should be the case in this relegation duel.

Wolfsburg vs Furth: Check out the best odds and the latest stats

Wolfsburg vs Furth: Check out the team lineups

It will be understandable to scoff at anyone who still remembers Wolfsburg leading the points table after six matchdays. Die Wolfe winless run is closing in on three months and their affairs look dire with every passing fixture. This period has seen them slip from top-four contenders into relegation candidates. Florian Kohfeldt's addition in the dugout has not helped their cause as only bad news comes from the Volkswagen Arena.

Greuther Furth were supposed to have learned from their previous stint in Bundesliga but their results state otherwise. The Cloverleaves have been out of their depth and look likley to return to the second division. However, it will be ill-advised to write them off as they have shown some spine in recent outings. Stefan Leitl's men are on a four-match unbeaten run, after stemming the inflow of goals with just three of the 52 goals conceded coming in this period.

Questions About Wolfsburg vs Furth 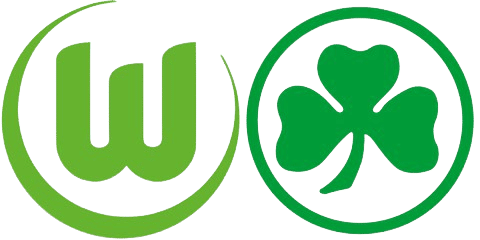 Where is the game being televised? DAZN Deutsch and V Sport.