Round 9 of Bundesliga action brings Wolfsburg and Freiburg together. Die Wolfe has lost three matches in succession across all competitions while the Vultures are unbeaten in Bundesliga this season.

Here are our predictions for Wolfsburg vs Freiburg.

Freiburg has picked up the mantle of Wolfsburg this season, racking up points thanks to their defensive prowess. Their coming together with Die Wolfe at the Volkswagen arena brings an interesting melting point of similar ideologies. We cannot separate them on quality and expect a stalemate as they face off in Round 9 of Bundesliga action.

Two of the last four meetings between Wolfsburg and Freiburg have concluded with less than three goals on offer. With Die Wolfe scoring just three goals in their last four outings, we expect them to be conservative in their approach as their defence has conceded nine goals in the process. A low scoring affair where both sides share the points is our prediction for this meeting.

Four of Wolfsburg's last five fixtures have seen both sides get on the scoreboard. Freiburg has seen it in their last two Bundesliga matches, the same tally two of their last three duels has witnessed it come to fruition. Conservation is the mood we have gauged given their respective circumstances, hence we are backing both sides to get on the scoreboard in this contentious affair.

Wolfsburg vs Freiburg: Check out the best odds and the latest stats

Oliver Glasner was the messiah but he found Eintracht Frankfurt and Europa League more enticing than the Champions League. Mark van Bommel has been tasked to take the torch and usher in the next evolution of Wolfsburg. After an unbeaten start, the retired no-nonsense midfielder finds himself in a pickle with three losses in succession.

Christian Streich must have watched the events unfolding at Volkswagen Arena with interest as Freiburg's playing style mimics the team in Green. They are scoring goals and shutting out their rivals at will, making sure that they are the envy of all those who fall in their bracket. It seems as if they have perfected the formula as the Vultures go unbeaten into Round 9.

Questions About Wolfsburg vs Freiburg 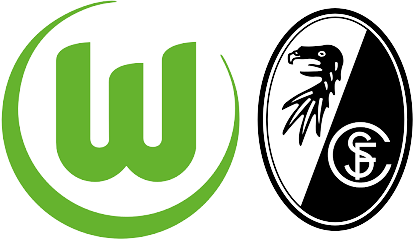 Which team is the favourite to win? Wolfsburg.