Wolfsburg meet FC Cologne at the VOLKSWAGEN ARENA in the Bundesliga on Saturday, September 3rd. Can FC Cologne extend their unbeaten record when they face Die Wolfe? Read our free predictions and find the latest odds for the fixture below in our detailed match preview.

Winless Wolfsburg host unbeaten FC Cologne on matchday five of the new Bundesliga campaign on Saturday. Read our top predictions for this weekend’s fixture below.

FC Cologne have made a solid if unspectacular start to the new season in Germany and though the Billy Goats have only won once so far, they remain unbeaten after four games overall. Wolfsburg meanwhile, have been unequivocally underwhelming, claiming just two points from the first 12 on offer in the Bundesliga. With striker Jonas Wind still in the treatment room, they’ve looked low on firepower and FC Cologne could take advantage. Die Wolfe just cannot find a route to victory at present and we’re tipping Cologne to take something from their trip to Wolfsburg in the double chance market.

With just two goals notched so far, Wolfsburg are the joint-lowest scorers in the Bundesliga this season and they have failed to find the net completely in each of their last three league assignments. FC Cologne have looked robust defensively since the summer and they shipped just one goal in total across their last two away tests in the division. With Wolfsburg low on cutting edge, bettors are advised to take advantage with a stake on Cologne with a +1.0 goal advantage at the generous prices on offer.

Top Betting Odds and Stats for Wolfsburg vs FC Cologne

View our list of the best stats for Saturday’s match below alongside a tool to help you choose the juiciest odds.

Read all of the latest injury updates and team news for Saturday’s Bundesliga clash between Wolfsburg and FC Cologne below.

Patrick Wimmer, Yannick Gerhardt and Jonas Wind are all inching towards a comeback for Wolfsburg, though Saturday's game could come soon for the injured trio. Die Wolfe were beaten 2-0 at RB Leipzig in their last fixture and they are now just one place clear of the relegation zone.

Julian Chabot is out with a sprained ankle, while Mathias Olesen is laid low with an ankle complaint. Up front, Mark Uth still hasn't recovered from his groin injury, though the influential attacker is expected to make his comeback in late September. 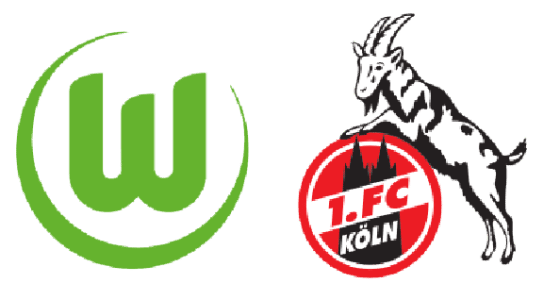 Wolfsburg carved out a 1-0 win over FC Cologne when the teams last met in May.

The VOLKSWAGEN ARENA will host Wolfsburg’s tussle with FC Cologne on Saturday.