Top free betting tips and odds for Cologne vs Wolfsburg

Cologne will be keen to extend their winning streak when they host Wolfsburg in the next fixture of Bundesliga 2021-22. The Wolves enter the field after dropping two points in the last game.

Cologne made four wins in a row and have the back two home winnings as well before this game. On the other hand, Wolfsburg have recorded only two victories in the last seven attempts. In addition, the Wolves have been unable to succeed in any of the recent five away outings. Back to the teams’ H2Hs, the Billy Goats also dominated with three wins out of the last five meetings. So we base our predictions on the victory of Cologne.

The front line of the Billy Goats has been impressive in the recent games and scored at least three in all of the last four games. Wolfsburg couldn’t get consistent results but they have also produced 11 goals in the recent four attempts. Moreover, the teams also collected totals of over 2.5 goals in the last three H2Hs at Cologne’s home. Based on the current forms, we can expect an identical outcome for this game as well.

Cologne vs Wolfsburg: Check out the best odds and the latest stats

Cologne vs Wolfsburg: Check out the team lineups

The Billy Gates are in the race to play the next season of UEFA competition by extending their winning sequence in the last game against Augsburg. Cologne are now at the sixth position with 52 points, having only a three-point difference between the top four. Sebastian Andersson will be the only player to miss out on the game due to coronavirus.

The Wolves would be furious to end the previous game in a draw against the team in relegation, Stuttgart. Following the 11 wins and five draws, Wolfsburg are only the twelfth on the points table with 38 points. The club manager Florian Kohfeldt will report three fitness concerns in the team coming into this game.

Questions About Cologne vs Wolfsburg 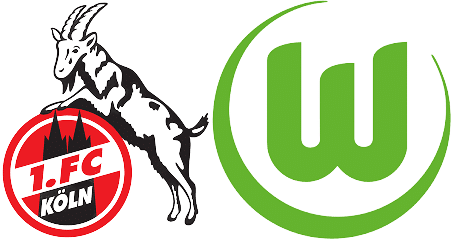 Where is the game being televised? Eleven Sports (Por), Sky Bundesliga, and Viaplay.