VfL Wolfsburg opens their Bundesliga campaign against promoted VfL Bochum at the Volkswagen Arena. There will be jaded legs on the pitch as both sides required extra time to progress in their recent DFB Pokal fixtures.

The preseason did not go according to Marko Van Bommel's plans but he did see improvements in their DFB Pokal outing against Preussen Munster. However, the Dutch legend would fancy his Wolfsburg's chances against Bochum in the Bundesliga. Since November 1998, Die Wolfe have won seven of their last nine meetings against Bochum at the Volkswagen Arena.

Taking their respective DFB Pokal fixtures as guides prior to the start of the Bundesliga campaign, we can conclude this fixture will be short of goalscoring exploits. Both Wolfsburg and Bochum could only muster 1-1 draws in 90 minutes of action. To assume that wholesale changes would be made prior to their season opener is unrealistic as they struggle for match fitness.

Die Wolfe finished the last campaign in fourth place courtesy of their impressive performances at the back. They showed signs of nerves in their DFB Pokal outing but new manager Mark van Bommel would have surely ironed out their mistakes in the days since. With Bochum failing to score in two of their last five trips to Volkswagen Arena, we expect a shut out against them.

Wolfsburg vs Bochum: Check out the best odds and the latest stats

Match Preview of Wolfsburg vs Bochum

The manager merry-go-round in the Bundesliga saw Oliver Glasner head to Eintracht Frankfurt with former PSV manager and Dutch legend Marko van Bommel replacing him at the Volkswagen Arena. Die Wolfe has not responded to the new manager's plans, losing five of their six club-friendly fixtures.

The odds are still in their favour to claim the three points on offer but will have to work hard against VfL Bochum. Die Unabsteigbaren managed promotion to the German top-flight football thanks to their perseverance, putting distance between themselves and their rivals in the final stretch. They can hold out against Die Wolfe's profligate attack but are also suspect in the final third.

Questions About Wolfsburg vs Bochum 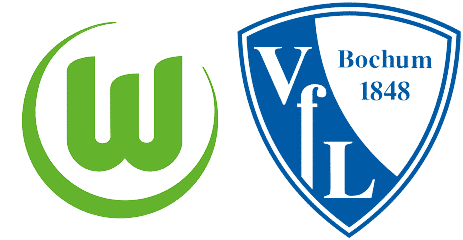 Which team is the favourite to win? VfL Wolfsburg.