Top free betting tips and odds for Wolfsburg vs Bielefeld

Wolfsburg would be eager to make an improvement when they play at their home against Arminia Bielefeld. The Blues have also been through a long run of winless games.

Wolfsburg to triumph in six-point spat

Both Wolfsburg and Arminia Bielefeld enter this game after a poor sequence of results. The Wolves got consecutive three defeats before this game while the Blues have lost four of the previous five league attempts. However, the hosts have been able to win two of the last four home games. while Arminia Bielefeld has successive away defeats before this duel. The Wolves are also unbeaten in the recent seven H2Hs against their upcoming rivals. Die Wolves stand with more chances and are our pick to claim the three points on offer.

Wolfsburg’s front line has been consistent in the duels against Arminia Bielefeld and yielded goals in all of them. While Die Arminen didn’t score in two of the last five H2Hs meetings. The Blue also looked effortless in their recent away games who couldn’t find the target in any of the last four away outings. Adding more, the hosts have been able to score in three of the last four home games. So we see only the home side being able to get on the scoresheet at the end of the ninety minutes.

Wolfsburg vs Bielefeld: Check out the best odds and the latest stats

Wolfsburg vs Bielefeld: Check out the team lineups

The Wolves were hammered in their last game by a 3-0 defeat against Augsburg. The recent defeats of Wolfsburg have made them stand only five points above the relegation area, securing the thirteenth position with 31 points. William, Paulo Otavio, and Koen Casteels are going to miss the game due to injuries.

The Blues finally managed to terminate their losing streak and got their first point of the last five games in a draw game against Stuttgart. Having a long run of defeats, Arminia Bielefeld stands in the relegation zone with 26 points in sixteenth place. Fabian Klos is the lone fitness concern for the team manager Frank Kramer.

Questions About Wolfsburg vs Bielefeld 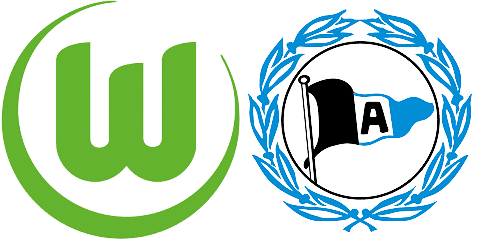 Where is the game being televised? beIN Sport Max (Fra).

Where is the game being played? Volkswagen Arena (Wolfsburg).