Florian Kohfeldt's first match in charge of Wolfsburg returned them to winning ways and a similar return will be expected of Die Wolfe against struggling Augsburg. The visitors thrashed Stuttgart 4-1 last time around and can pose problems to the hosts, who seem to be in transition.

Here are our predictions for Wolfsburg vs Augsburg.

The last time Wolfsburg met Augsburg, it was on the road but the final result came in their favour. They will hope for a similar result as they look for their second successive Bundesliga victory and third in all competitions. Florian Kohfeldt's charges have not lost to the Fuggerstadters in seven meetings and will fancy their chances against Markus Weinzierl's men. The visitors have been winless in five away trips, losing four in succession, and we are backing this trend to continue.

Two of Wolfsburg's last four fixtures have concluded with Over 2.5 total goals. The statistics read three in four for Augsburg. Given the poor defence of both sides which has seen them concede 10 and 11 goals respectively, we are anticipating a high scoring affair as they meet at the Volkswagen Arena on November 06.

Goals have been scored on both ends in the last four matches involving Augsburg. The tally stands at two in four for Wolfsburg, with Die Wolfe failing to score the scorers on one occasion. Historically records state that five of the last ten matches have seen both sides score and we are backing this trend to continue as both defences have allowed their rivals behind them in recent meetings

Wolfsburg vs Augsburg: Check out the best odds and the latest stats

Mark van Bommel's topsy turvy reign of Wolfsburg came to an end and Florian Kohfeldt has started life in the Volkswagen arena brightly with wins in the Bundesliga and the Champions League. They will look to make it three matches in succession against a team they have not lost to in seven meetings.

Markus Weinzierl still claims the confidence of the Klaus Hofmann and it paid off as the Fuggerstadters made little work of Stuttgart last weekend. The 4-1 win at home would have assured the fans but the tough part of their journey starts now as they take on Wolfsburg. The winless run against Die Wolfe will be heavy on them but they will fancy their chances against a team in transition.

Questions About Wolfsburg vs Augsburg 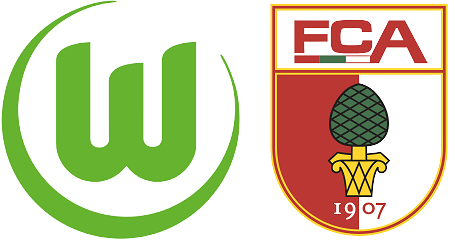