Sometimes the fixture list throws up a day which catches the eye. Today is one of those days, with Rangers hosting Celtic in the Glasgow derby and Tottenham Hotspur travelling to West Ham United for a London derby.

Both were eventful in their own right, with the away sides travelling back home with all three points in both cases.

Celtic extended their lead over Rangers to eight points. It's quite the gap to have considering we're just seven matches into the Scottish Premier League season. The gulf in class was evident with Brendan Rodgers able to bring Moussa Dembélé, James Forrest and Callum McGregor off of the bench during the convincing 2-0 win.

The pressure is once again on Slaven Bilić. The Hammers could well be in the relegation places come the end of the day and have just four points on the board from their six matches. More alarmingly, though, is their goals conceded column which currently reads 13.

West Ham went with a back three against Spurs, a system designed to offer a little more protection defensively, yet were cut open with relative ease by a rampant Tottenham side spearheaded superbly by Harry Kane.

The rest of the games today have a lot to live up to. We've taken a look at the winners and the losers. 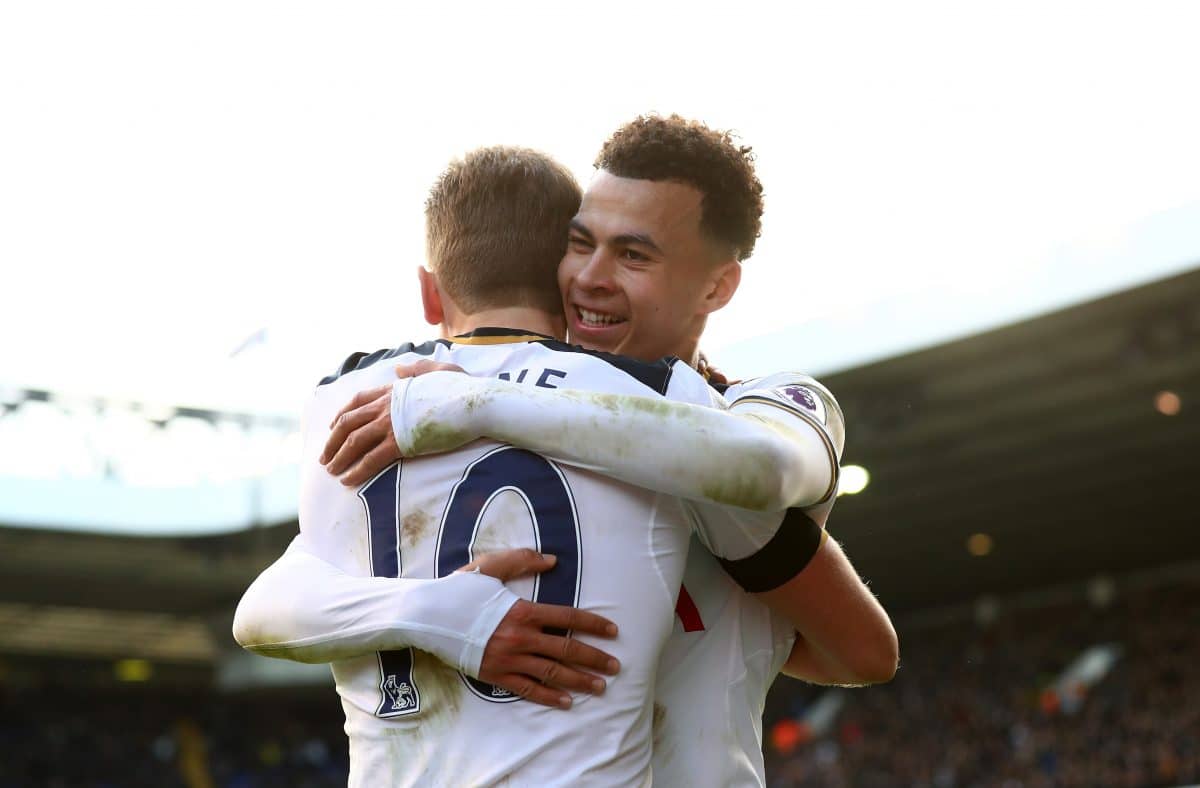 Kane notched twice in the 3-2 win over West Ham. He almost finished the match with a hat-trick but saw his free-kick cannon back off the post in the lead up to the third goal for Spurs.

The two goals at the Olympic Stadium means the England striker has 11 goals in his last five away matches. It's a remarkable record and it's easy to see why Spurs have quite the formidable record away from home.

Despite failing to score in August, yet again, he's already on six goals for the season in all competitions. He looks set for another 20-goal haul this term.

The on-loan Manchester City winger put on a show against Rangers. He was direct in his play, aggressive on the ball and just generally fearless. He caused the home side all kinds of problems and finished with an assist to his name after sliding a perfectly weighted ball through to Leigh Griffiths for the Celtic striker to fire home the second goal which put the game to bed.

If Roberts is able to add consistency to his game and deliver those sorts of performances throughout the season then Celtic will have a serious player on their hands.

Griffiths was like a man possessed during the derby today. Beforehand there was a lot of talk surrounding whether or not Rodgers would opt to go with the former Wolverhampton Wanderers man or restore Dembélé to the starting XI now that he's returned from injury.

There were even suggestions the ex-Liverpool manager might go on the attack and start both strikers. However, winning the midfield battle is key in the eyes of Rodgers and, true to form, he stuck with just the one striker. Griffiths got the nod and boy he delivered.

He was defensively switched on, tracking back to help out the midfield when necessary. He was a general nuisance and a thorn in the side of the Rangers defence. He took his goal superbly and received a well deserved standing ovation when he was replaced by Dembélé. Rodgers has a tough decision to make with Griffiths in arguably the form of his career.

Getting sent off isn't the best way to endear yourself to your new club. Aurier was shown a second yellow card for a pointless, late hack on Andy Carroll and a match that Spurs seemed to be controlling was turned on it's head.

West Ham got back into the game, and had they managed to equalise, Aurier's recklessness would have cost his side two points.

There were question marks over his reliability upon signing. He's a brilliant player but his attitude can let him down. If Pochettino can't trust him he's not going to play him. It's as simple as that.

After today's showing, it might be a while before he displaces Keiran Trippier in a Premier League game again.

The West Ham manager had been under intense pressure after a disappointing start to the new campaign. However, a win over Huddersfield and a draw against West Bromwich Albion finally got points on the board and their season looked underway.

Spurs at home will always be a tricky match to navigate but, for the first 20 minutes, West Ham seemed to cope well and it appeared to be an even contest. Michail Antonio limped off and this is when the game got away from the Hammers.

Bilić had Andre Ayew on the bench and could have just done a like-for-like swap. West Ham would've kept the same system and disruption would have been minimal.

He didn't though. Instead, he brought on Carroll and moved Javier Hernández, who up until that point had been putting pressure on the Spurs backline, into a wider role.

It was easier for Spurs to play around Carroll than it was the Mexican; they were able to get a better grip of the game and slowly started to turn the screw.

It was a poor substitution on Bilić's part and he was punished for it.