Kevin Wimmer is a Southampton transfer target as the managerless side look to shore up their back line.

The Sun claim Tottenham Hotspur are willing to sell the defender for around £20million after he has made just 13 Premier League starts after a £4.3million move from Cologne two years ago.

And according to The Mirror, Wimmer is seen by Saints as a replacement to José Fonte, who left for West Ham United in January.

What’s more, he’s also being targeted to play alongside Liverpool transfer target Virgil van Dijk, who saw a move to Anfield collapse when Southampton reported the Reds to the FA over alleged tapping up.

But the report claims that the south coast side are not willing to pay the £20million fee demanded by Tottenham.

Wimmer’s first-team debut came at Austrian side LASK Linz, where he made 31 appearances, impressing enough to earn a transfer to Cologne in June 2012 for €250,000.

He was part of a record-breaking defence in Germany’s second division, with his side only conceding 20 league goals in the 2013/14 campaign, which saw them promoted to the Bundesliga.

The Austrian’s good performances continued in the top flight too, where he was named the seventh-best defender in the league by Kicker.

That saw him attract interest from Tottenham, and he moved to White Hart Lane in May 2015.

Since then, he has struggled to cement a first-team place under Mauricio Pochettino, although that is largely down to the outstanding form of Toby Alderweireld and Jan Vertonghen, one of the Premier League’s best defensive duos.

But, the Argentine does seem to favour Eric Dier to the eight-cap international when he plays a back three, and it’s no surprise that the 24-year-old seems to be on his way out of North London.

In van Dijk, Saints have someone who is comfortable with the ball at his feet and playing out from the back, and they would get that from Wimmer too.

In his limited game time at Spurs, he’s proved himself more than comfortable at doing just that.

Below in the FA Cup against Wycombe Wanderers, you can see how he collects the ball on the edge of his own area from Michel Vorm, but strides up the pitch, before playing a lovely ball with his left foot to Kieran Trippier on the right wing. 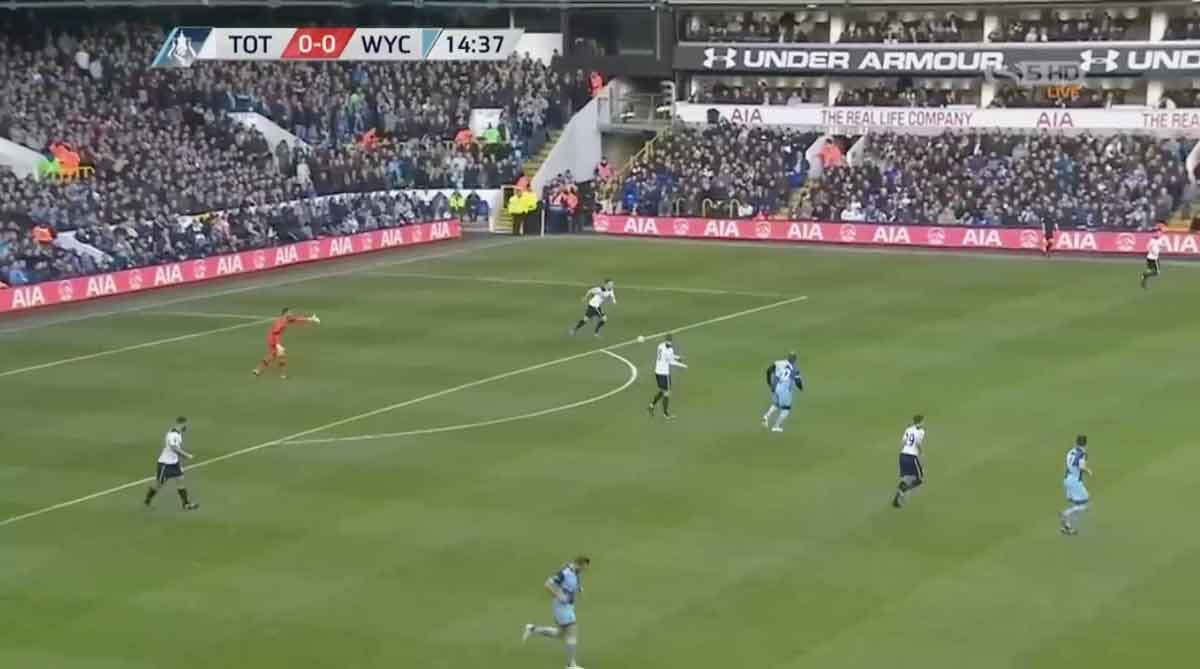 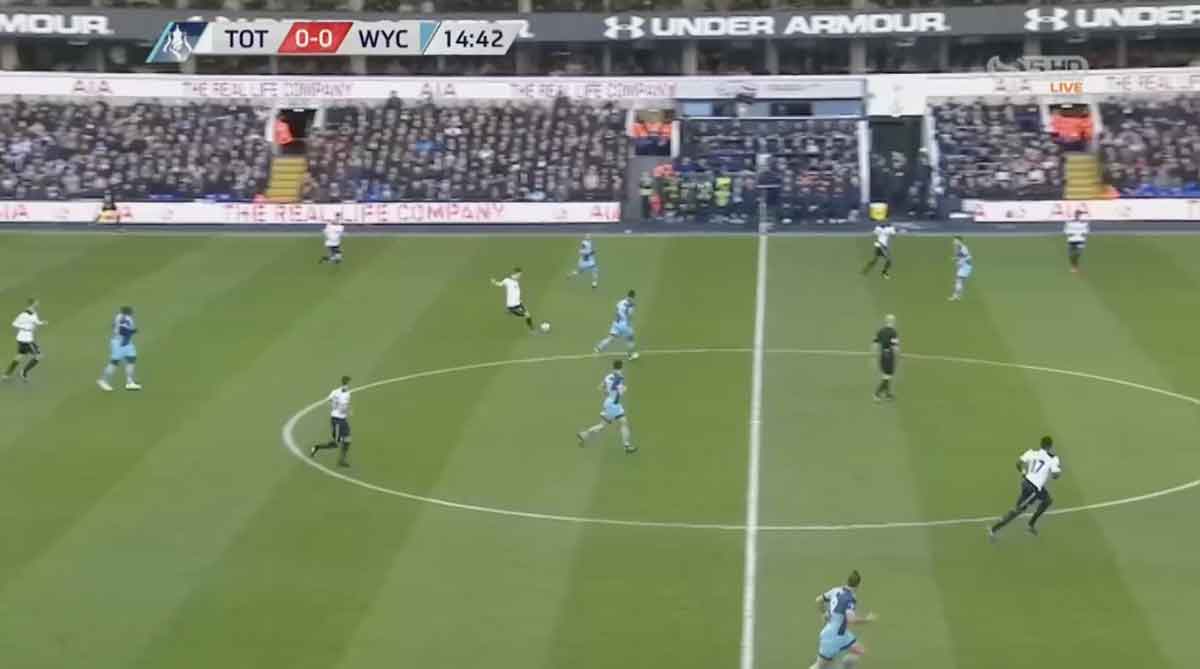 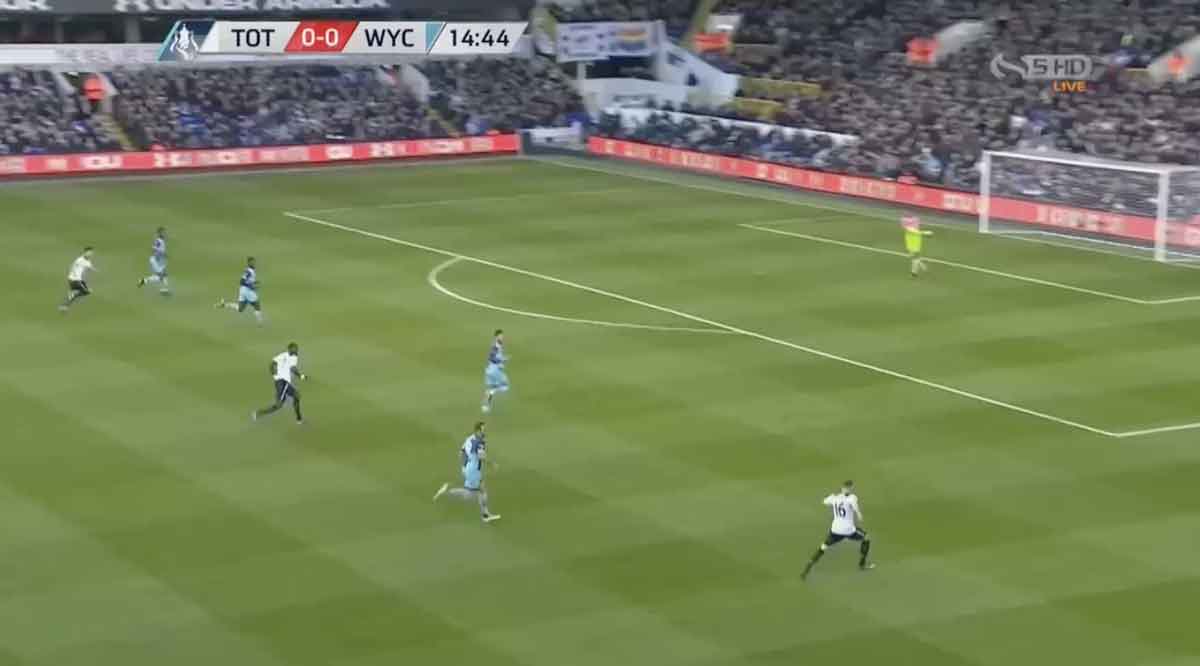 Of course, Wycombe aren’t a Premier League level side and they could have closed him down a bit more, but it still shows you his quality to pick out that pass.

Chelsea are though, of course, and you can see him doing exactly that against them below.

Picking the ball up on the left wing, as he’s pushed forward as part of a three, he plays the perfect ball to pick out Dele Alli in the opposition penalty box. 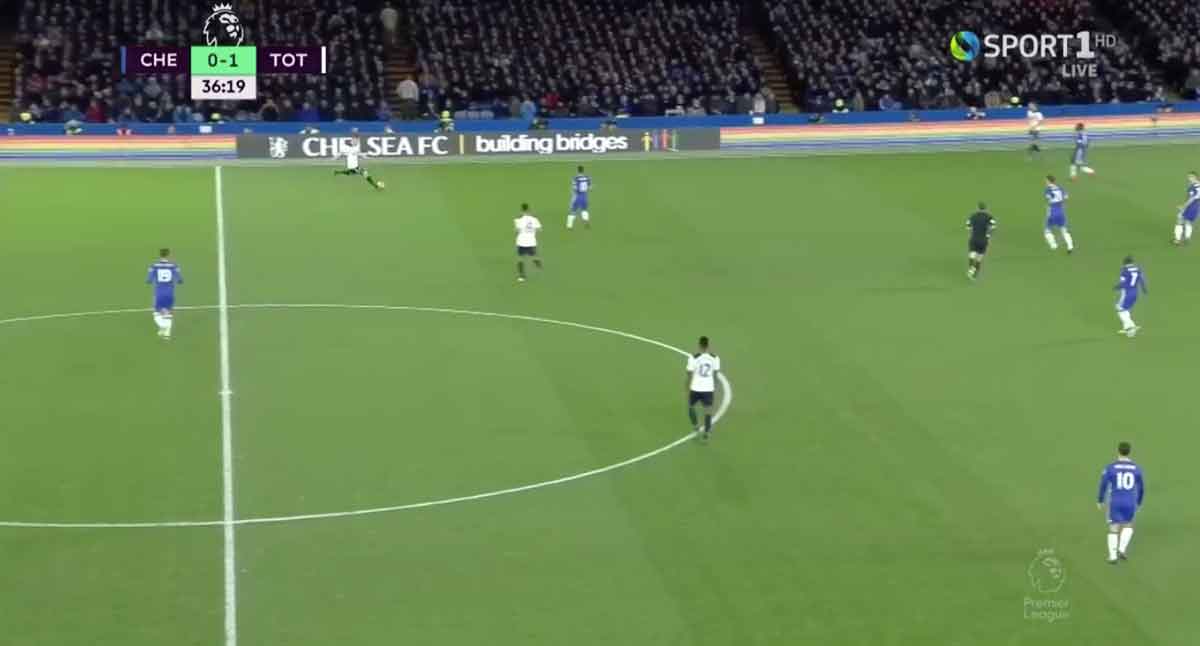 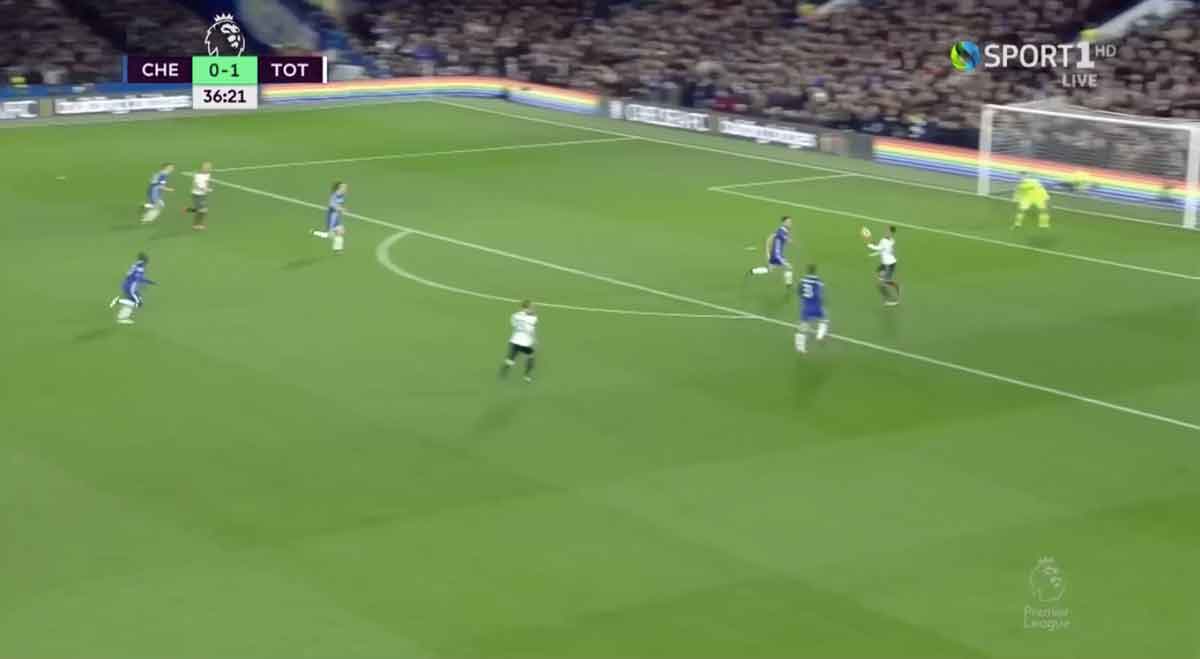 And if you watch Wimmer, you can see how dangerous he is when allowed to make this pass – again he does it below against Liverpool to find Trippier. 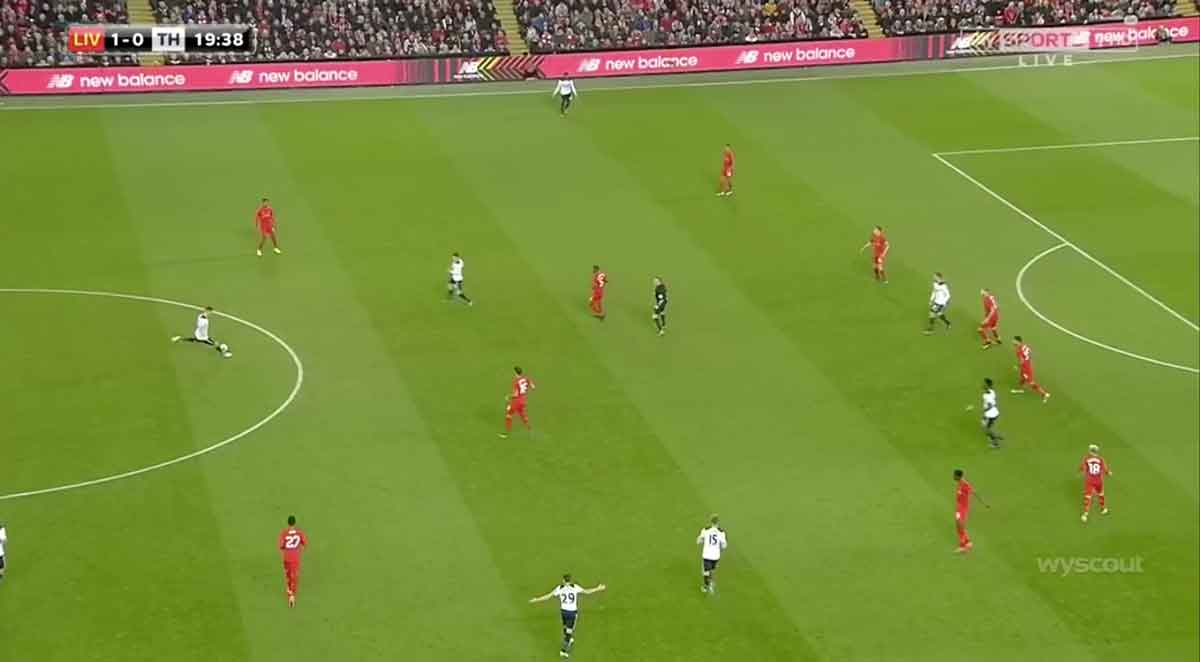 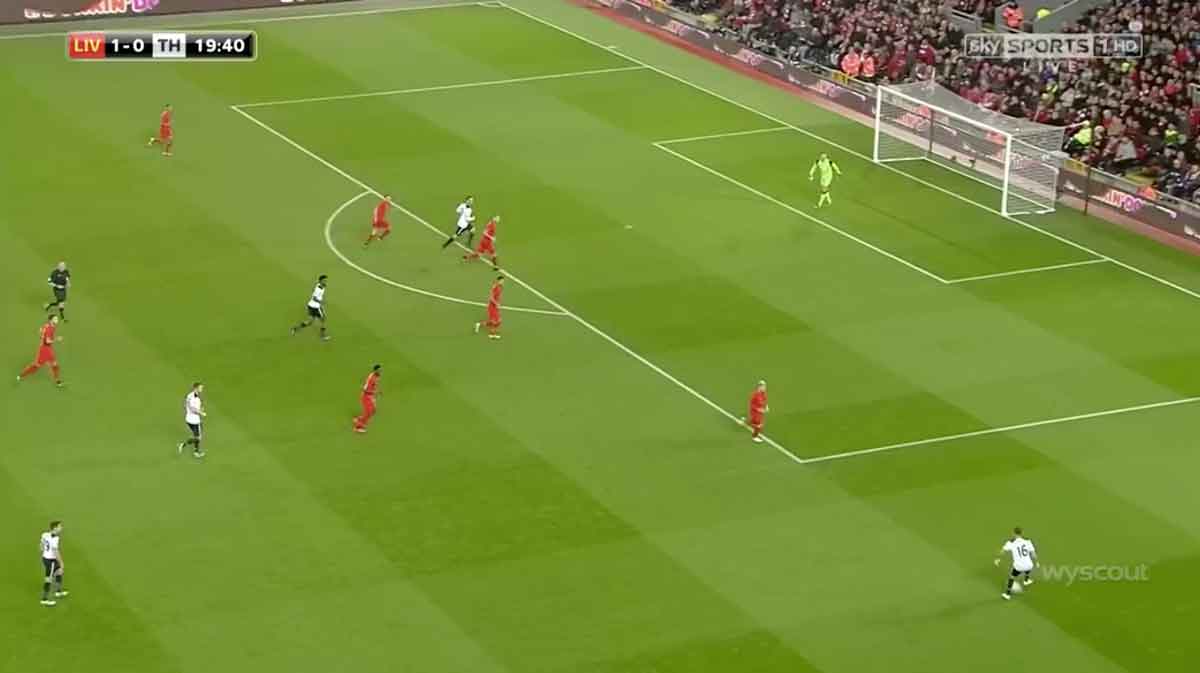 And below, you can see how he’s comfortable going forward, he receives the ball just in the opposition half against Watford after pushing forward, before using his quick feet to play the ball past the defender and win a foul in a dangerous area. 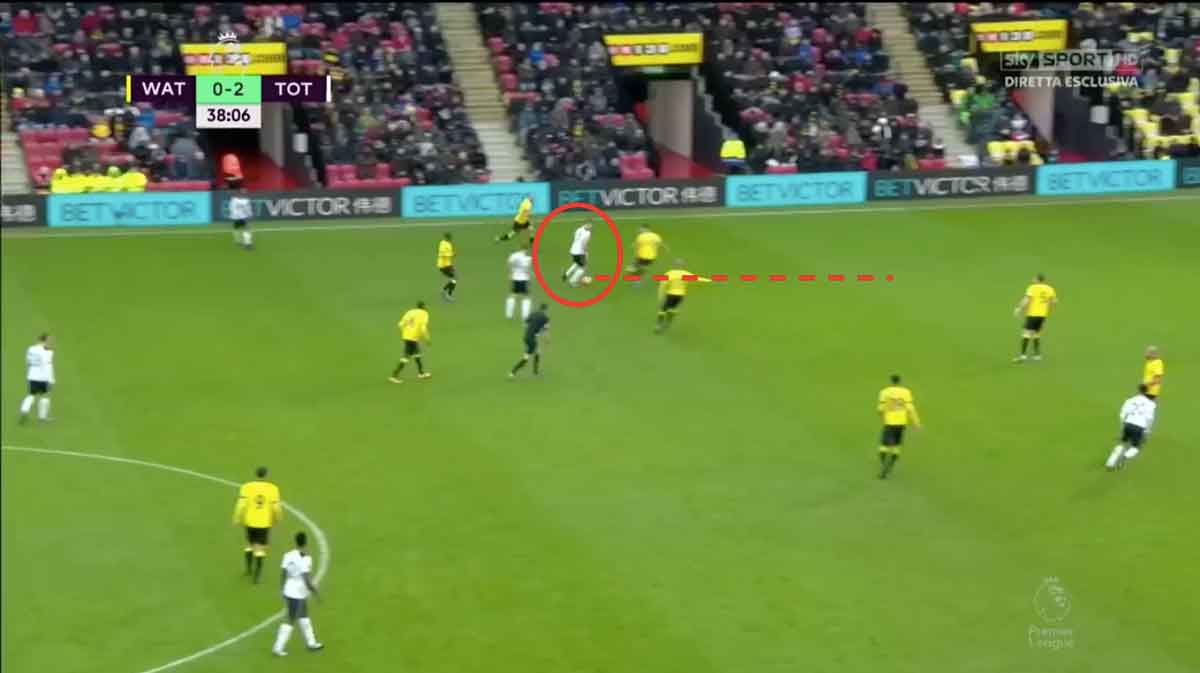 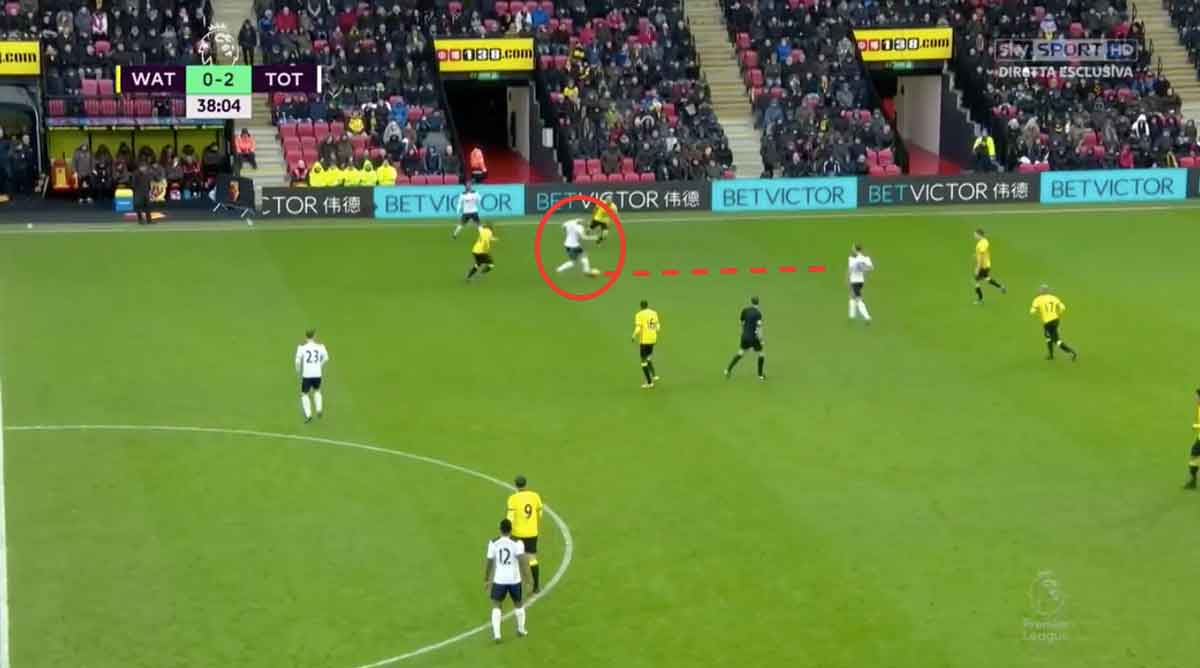 With van Dijk (should he stay) and Wimmer, Southampton would have two centre-backs who were very comfortable on the ball and going forward.

How does Wimmer compare to Southampton’s options? 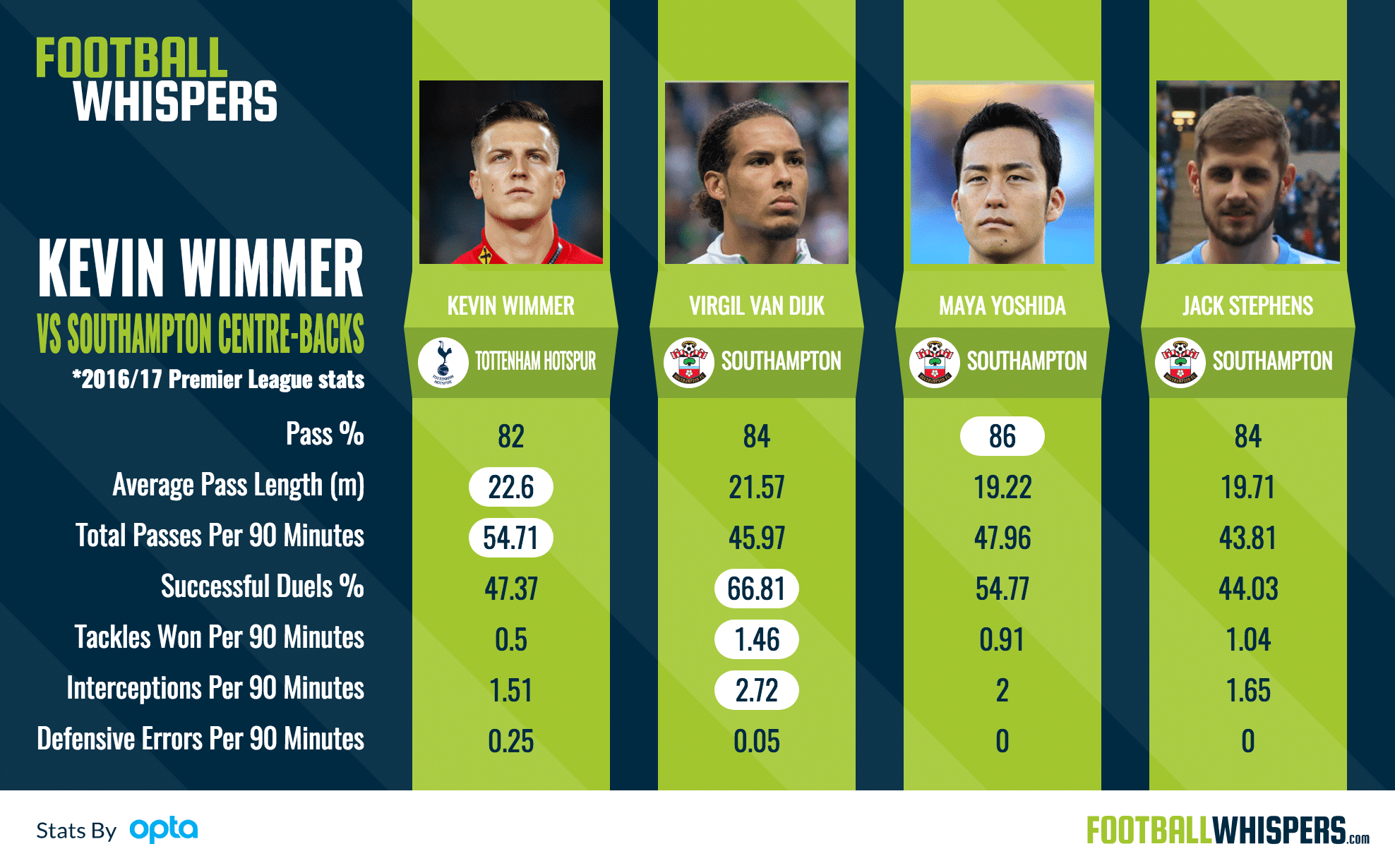 Unsurprisingly, as you can see from above, if you want a ball-playing centre-back, Wimmer is your man.

Given his ability for long passes, it is perhaps no surprise he has the average greatest length on his passes too, at 22.6 metres, with van Dijk the closest to him on 21.57 metres.

His passing accuracy is the lowest out of the quartet though, on just 82 per cent.

Yoshida leads the way with 86 per cent, with Stephens and van Dijk on 84 per cent.

But you have to take into account that with Wimmer averaging longer passes, they are more likely to be less accurate.

In terms of duels though, the Austrian does fall down, winning less than half of them – 47.37 per cent.

He also makes more tackles and interceptions per 90 minutes than any of the other trio (1.46 and 2.71 respectively).

By contrast, Wimmer averaged 0.5 tackles and 1.51 interceptions, although as always with defensive statistics, you have to take into account that a tackle or an interception may be the result of an earlier error.

And speaking of errors, the Tottenham man has averaged more defensive errors than the Saints trio – 0.25 per 90 minutes.

Van Dijk averaged 0.05 while Yoshida and Stephens didn’t make any, according to Opta data.

Looking at the statistics, you would say he could do a very good job along van Dijk, as the Mirror report suggests Southampton wants, but if he were replacing him, it would be a major task.

But of course, he would be playing a lot more than he has at Tottenham, and he is only likely to look more confident with more regular game time.

You would imagine his future would perhaps depend on the new Southampton boss – he wouldn’t want to move somewhere and find that the new boss didn’t want him, and what’s more, a £20million asking fee for someone who is fourth-choice centre-back seems steep, even in this inflated transfer market, but should Saints get the price down, he could thrive at St Mary’s.