Wimbledon and Cheltenham face off at The Cherry Red Records Stadium in the second round of the FA Cup on Saturday. Two League One outfits meet in the cup this weekend Read our expert predictions and find the latest odds for the game below in our match preview.

Cheltenham put their eight-match unbeaten run on the line when they visit Wimbledon. Find our top three predictions for the contest below.

Wimbledon and Cheltenham hold similar records in League Two this term, though the visitors take much better current form into Saturday’s FA Cup round two clash between the clubs. Town haven’t tasted defeat for eight games in all competitions and that impressive surge includes a run of four assignments on the road without a slip up. Wimbledon meanwhile, have lost five of their last eight fixtures and a more confident Cheltenham can be backed in the double chance market as a result.

Both teams to score bettors would have enjoyed plenty of success staking on Cheltenham in recent weeks. 70% of the Robins last ten matches have produced goals at both ends, while BTTS has also landed in four of their last five away tests. The same bet has hit the mark in eight of Wimbledon’s 12 home skirmishes this term and with more than enough to chew on, we’re advising you to back both teams to score again on Saturday.

With a place in the third round on the line and a potential money-spinning date with a Premier League giant a possibility, we expect both teams to go for the jugular at The Cherry Red Records Stadium this weekend. Wimbledon’s last two outings at that venue spawned a healthy nine goals and we’re tipping over 2.5 goals to be registered for the third time on the spin in London.

Wimbledon vs Cheltenham preview: Third round qualification the target

Wimbledon have won just five times in 18 League One fixtures this season, though manager Mark Robinson will hope that the FA Cup can offer a change of pace from the drudgery of league football. The Dons will need to drastically improve their performances to succeed on Saturday however, following a dismal run of five defeats in eight matches, though their five-goal haul from their last two home games should help to rebuild some confidence.

Cheltenham are really starting to find their feet under Michael Duff this term following a difficult start to the campaign and their eight-game unbeaten stretch is a promising sign of further improvement to come. The Robins are flying up the standings in League Two and after a first round FA Cup win against Gillingham from the same division, Cheltenham will fancy their chances of beating another of their third tier counterparts this weekend.

Wimbledon vs Cheltenham is not being shown live on TV in the UK.

AFC Wimbledon have been priced as favourites to win by the bookmakers this weekend. 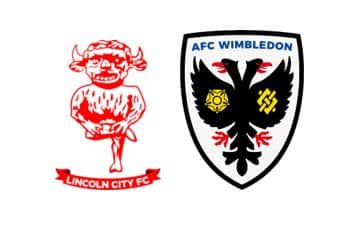