Under ordinary circumstances, sacking a Premier League manager just as an international break ends would be considered utter madness. Sadly, the circus surrounding Aston Villa has been anything but normal over the past few seasons and Tuesday’s announcement regarding Remi Garde was just the latest episode in an extended series of bizarre events at Villa Park this term. Last year’s FA Cup finalists are sinking into the Championship without a trace, and the fans are becoming increasingly fearful that their woes won’t end with this season’s imminent relegation.

Aston Villa is one of the few truly great clubs in English football; they are one of the 12 founding members of the English football pyramid and are joined by just six others as an ever-present feature of the Premier League thus far. Their first relegation of the post-1992 era isn’t a major cause for concern in itself. Unfortunately, the same cannot be said of the way their club is being run. If things don’t change soon, the Villans could be in very real danger of fading into football obscurity.

The history and status of the Villa Park club ensures that the club will never slide into irrelevance. However, transparent problems both on and off the pitch makes it impossible to dismiss the possibility of prolonged struggles. It’s easy to say that Aston Villa are too big to suffer that fate, but football has shown time and time again that it can be very difficult to arrest the slide. The old cliché states that the bigger you are, the harder you fall; this could be something that the Trinity Road will discover in the harshest circumstances imaginable.

Forget the tradition of the club, Aston Villa’s current squad simply isn’t up to scratch. For over half-a-decade, league survival has been accomplished solely thanks to the star quality of one or two players. While problems at Villa Park has existed throughout most of the Premier League era, the real damage started with this summer’s recruitment failures. 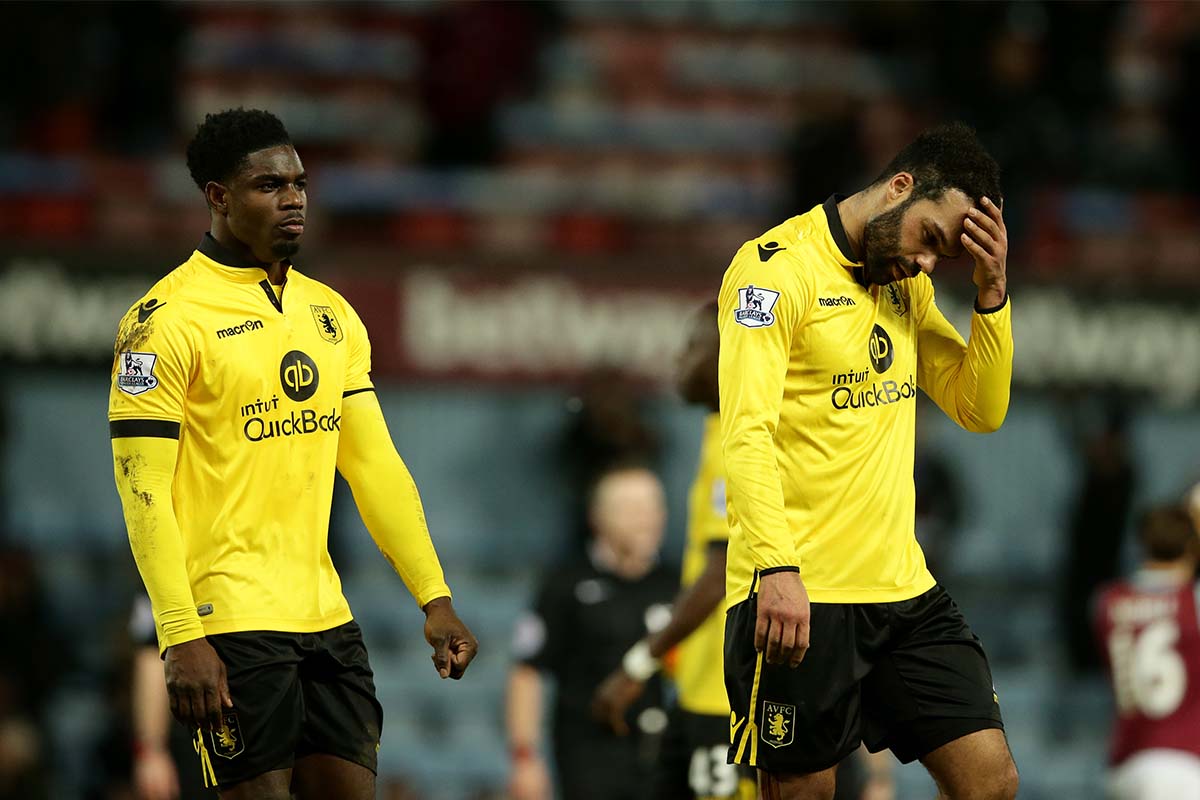 Having lost a trio of key players of 2014/15 in the form of Fabian Delph, Ron Vlaar and Gabriel Agbonlahor, Villa simply had to find suitable replacements. Then-manager Tim Sherwood and his transfer committee failed miserably. Owner Randy Lerner may have pumped over £50m on new recruits. But a squad that so desperately needed added quality ended up with a boost in quantity and little more. No less than a dozen new faces rocked up at Bodymoor Heath over the summer; only four could even begin to put a case forward to vindicate their individual arrival.

Micah Richards has hardly excelled, but has proven a solid free signing. Meanwhile, the trio of Jordan Ayew, Jordan Amavi and Idrissa Gueye have all shown glimpses of positivity. On the other hand, the Trinity Road faithful would have wanted more for £9m apiece. The less said about the others, the better.

Whilst recruitment has been the root of their downfall, their on-field issues haven’t been helped by poor management and tactics. It might be a squad starved of quality, but both Sherwood and Garde failed to maximise the few assets that it has. Rudy Gestede joined with the reputation of being a great aerial threat and has shown that on occasion. Rather than playing to his strengths by deploying wingers that cross the ball, Villa have instead opted for every other option. Quite frankly, both of the sacked managers were guilty of trying every solution bar a winning one.

Worse still, as the club plans for the inevitability of life in the Championship next term, question marks will be raised over the quality and mentality of the squad’s individual players. Villa are in desperate need of big characters; most importantly, Lerner must choose Garde’s long-term successor wisely. With the club in dire straights, it’s hard to see how they can possibly attract any manager of the desired standing, not least because the owner has been so open about his desire to sell. 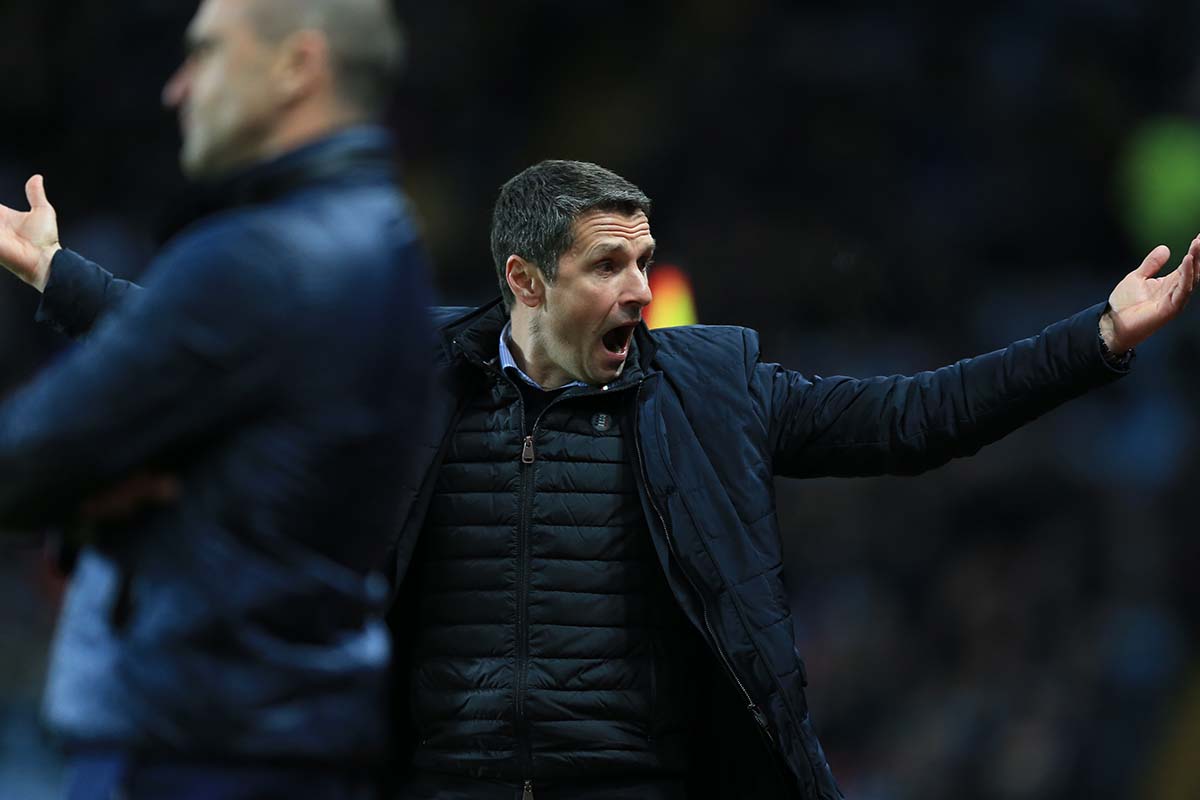 Even head coaches that love a challenge would baulk at the idea of taking over a sinking ship, especially when the potential of new ownership means that they could be forced to walk the plank at any given moment. Meanwhile, the owner’s reluctancy to aid a floundering Garde in the January transfer window would presumably serve as another reason to steer clear. For as long as the club remains in Lerner’s begrudging grasp, the Villa Park hotseat is a poisoned chalice. If the American billionaire doesn’t sell up soon, the club will become  prime candidate for English football’s next tragedy.

Villa’s demise has been in the offing for some time and the bleakness of the current situation is there for all to see. But in truth, promotion back to the top flight would be difficult even without the pandemonium currently surrounding the club. This in itself creates very uncertain times ahead. The cold hard facts are that only 18 of 70 relegated clubs during the Premier League era have bounced back at the first attempt and, unless there are major changes to the playing staff this summer, next season’s Championship new boys will almost certainly fall into the 75% of teams that fail.

Things do look a little brighter when analysing the results of teams that finished bottom over those 23 seasons. However, of the eight teams that have bounced back immediately, three were from the opening five years. In recent years, the triumphs of teams like Watford and Southampton in recent years have gone a long way to dispelling the myth regarding disparity between the top two divisions, and those sentiments have been reflected by results in the opposite direction too. Of the 15 clubs promoted from the Championship over the past five seasons, only three had been playing Premier League football 12 months earlier.

Therefore, in spite of the common misconceptions, 80% of the teams relegated this decade have failed to bounce back. Sadly, the longer a club has to wait, the harder it becomes to regain top flight status. Many of the newly relegated clubs still operate on a Premier League budget; once those parachute payments evaporate, so do the hopes of a quick recovery. If Villa fail to make amends for their recent troubles in 2016/17, it could be a very long way back to the top. 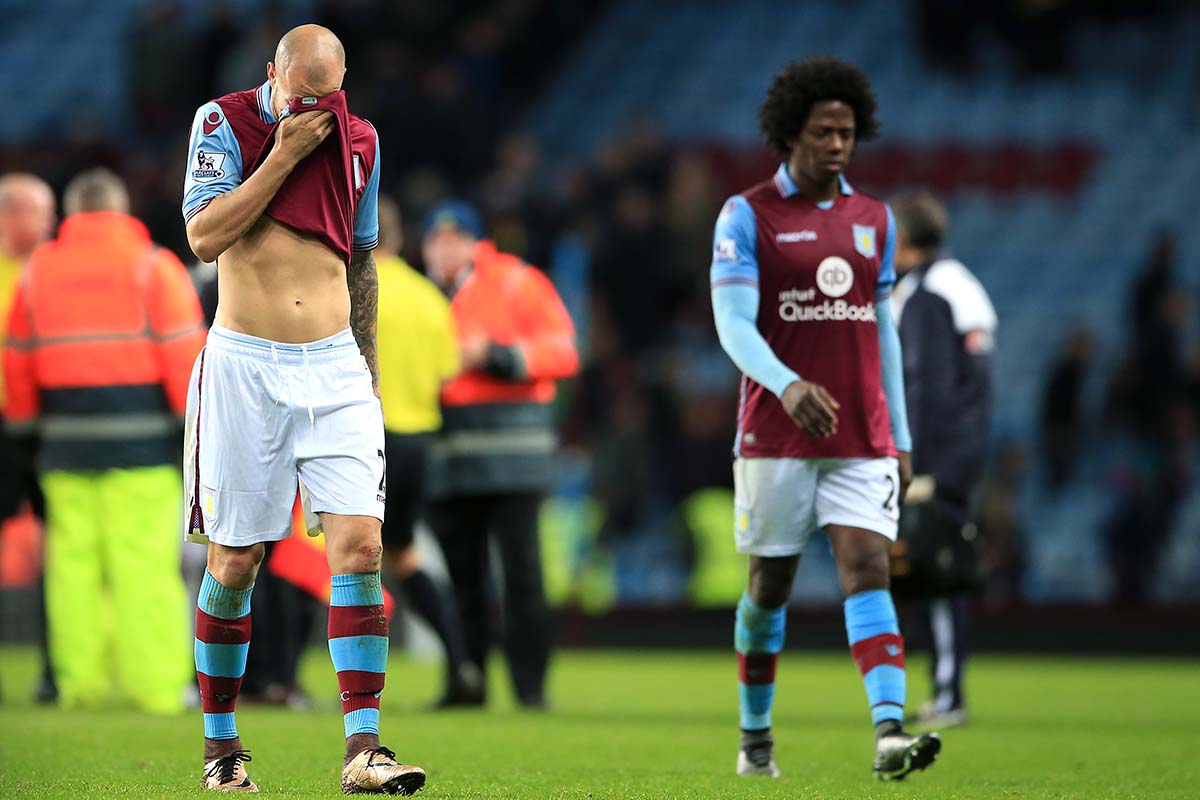 Casual followers may conclude that the club is far too big to suffer that fate, but they wouldn’t be the first giant to fall to its knees. Both Leeds United and Nottingham Forest were once considered the pinnacle of English football while both Sheffield clubs will feel that they should be plying their trades in the top flight too. It’s now been nearly a decade since any of those clubs were represented in the Premier League and that team – the Blades – now finds itself trapped in a state in a period of League One obscurity. If anyone at Villa Park thinks that they are exempt from the possibility of severe long-term damage, then they are sorely mistaken. Once that trapdoor has been opened, rectifying the problem quickly is a must.

Does that mean that Aston Villa absolutely must achieve promotion next season to survive? Of course not. However, there is no question that big changes are needed at Villa Park over the coming months, starting at the very top. A change of manager might be symbolic of what will hopefully be an improved period for the club but, in truth, a new owner has to be top of the agenda. Passion is a necessity in any line of business ownership and, tattoo or not, Lerner has lost his for the soon-to-be Championship outfit.

This season’s showing might suggest otherwise, but this is a proud club that won’t want to settle for becoming a yo-yo team like neighbours West Brom have been at times. It may be a case that consolidation as a top half Championship outfit may be the perfect foundation to repair the damage before rebuilding a bigger and better team. In any case, avoiding the fate of recently relegated parties like Fulham and Blackpool is imperative. Otherwise, “doing a Leeds” could become a dangerously real scenario.

There’s no question that Aston Villa Football Club is currently on the rocks and the next few months could be monumental as to whether it sinks or swim and the top personnel cannot afford to make the same mistakes that they have in recent years. The arrival of new chairman Steve Hollis, along with the additions of Brian Little and David Bernstein to the board, appears to be a step in the right direction following the all too common mistakes made by the now-departed duo of chief executive Tom Fox and sporting director Hendrik Almstadt.

Perhaps more importantly, though, the next manager must be supported in the summer transfer window as the current squad simply isn’t fit to grace Villa Park. Ultimately, if Lerner can’t find a way to checkout, then he must be prepared to get the cheque out. Otherwise, the downhill ride could be about to get a whole lot bumpier.