This time last year, Mauricio Pochettino was reportedly being lined up by Real Madrid and Manchester United while Spurs had just romped to victory over Chelsea. It was Maurizio Sarri’s first defeat in the Premier League and victory meant second-placed Liverpool’s advantage over Spurs was cut to just three points.

Fast forward 12 months, however, and Spurs have claimed just 40 Premier League points since the turn of the year, 37 fewer than Liverpool. Reports claim Pochettino is looking for an out and the beaten Champions League finalists have drawn up a list of potential replacements as they look to get their season back on track.

The 2019/20 campaign may only be 12 games old but Spurs find themselves 20 points off the summit having won just three matches this term. Newcastle United have one point more and the Magpies picked up a victory over Pochettino’s side earlier on in the season.

If you aren’t evolving then you’re standing still. It appears Spurs are now suffering having stalled over the past 18 months or so. Change is needed to freshen things up. According to the Daily Mail, the club have identified three potential replacements for the Argentine tactician.

Building on Pochettino’s successes won’t be easy. There’s going to be a transitional period, players will leave and a new project will have to start. Spurs could opt to bring in a short-term manager with the task being to steady the ship. With that in mind, the link to Carlo Ancelotti makes sense.

The Italian is currently at the helm of Napoli but reports claim he’s under pressure with the president meddling in team affairs. There are suggestions their stars will be sold off and Aurelio De Laurentiis is prepared to sack Ancelotti.

If Ancelotti is removed from his post, it’ll be the second successive job he’s been sacked from after being given his marching orders by Bayern Munich in September 2017. It’s hardly the ideal preparation but, if he arrived at Spurs, it’d be for the now and not for the future. His longevity at clubs shouldn’t be a factor.

When players buy into his methods, he’s able to field a solid, organised team who pose a great threat on the counter. In theory, it wouldn’t be too dissimilar to how Spurs play under Pochettino. There are enough talented players at the club already meaning Ancelotti could piece together something fairly dominant, at least domestically, for the remainder of the season.

While the 60-year-old is an intriguing option, his appointment would go against all that has made Spurs effective over recent seasons. In the short-term, he would perhaps solve some problems but it ultimately means the club have to go through two transitional phases. One during his time in London and one after he leaves. So many changes in a short space of time is never beneficial.

If Spurs want to continue to be a top-four club then a long-term project may be their best bet. The Daily Mail name Julian Nagelsmann and Eddie Howe as potential successors to Pochettino. 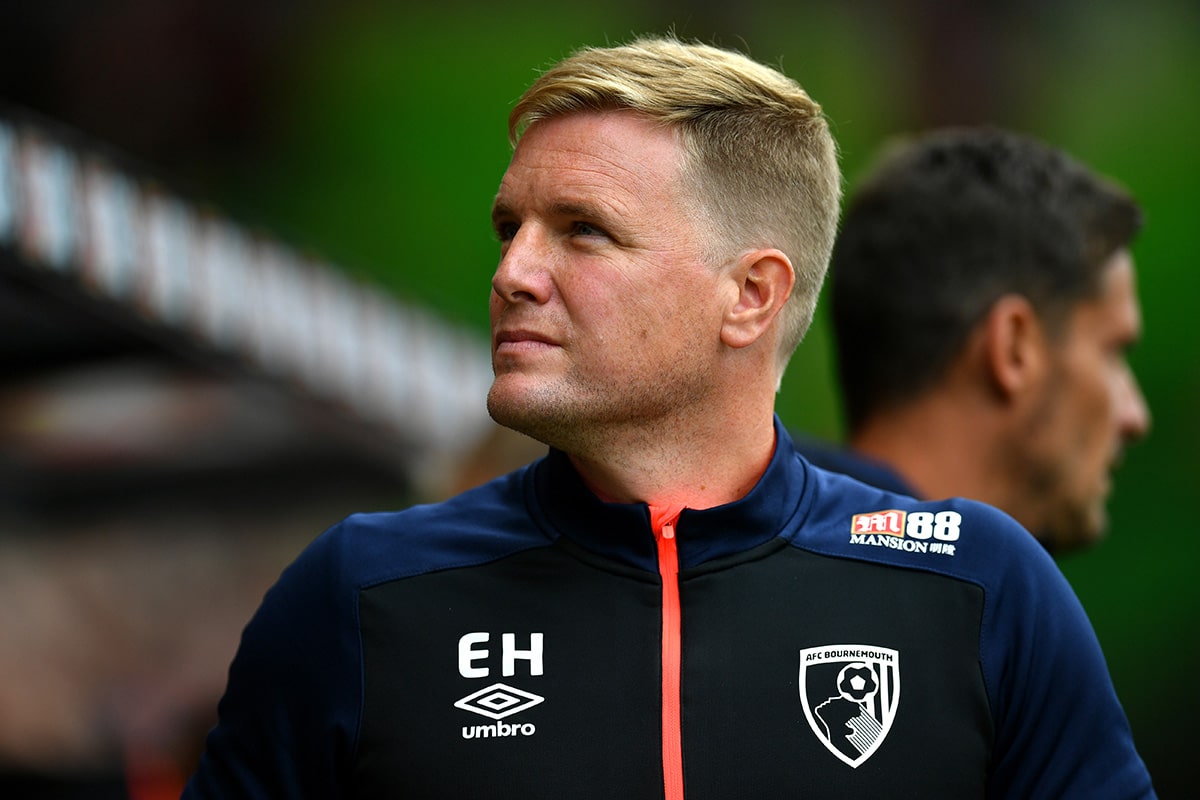 The latter is an interesting option.

Howe is essentially an unknown away from Bournemouth. A stint with Burnley – he spent close to two years at Turf Moor – is the only time he's had away from the Cherries since becoming a manager in 2008.

He did a solid enough job with the Clarets, finishing mid-table, yet didn't really impress. But with Bournemouth, it just works.

Under his watch, the Cherries have developed into a mid-table side capable of causing an upset. Bournemouth have an identity and they have a style. If Spurs want an established brand of football, Howe should be a potential target.

He's suffered highs and lows in the Premier League and he already knows what's required to succeed in England. He's yet to win a trophy or gatecrash the top six but that's near impossible in the current climate. What he has done is take a team from the third division and turn them into a decent Premier League outfit who give youth an opportunity.

Spurs fans know all about giving youth a chance. The club took a gamble with some players – Harry Kane, Dele Alli, Christian Eriksen – and it paid off.  They gambled with Pochettino, too. So why not take a risk on Howe?

However, the most intriguing name on the wishlist is Nagelsmann. Now in charge of RB Leipzig, the 32-year-old made a name for himself in charge of Hoffenheim when he transformed the club from relegation candidates to playing in the Champions League in the space of two full seasons.

He has a brand – both Hoffenheim and RB Leipzig boasted an intense and innovative style of play. Nagelsmann improves players; Timo Werner is having the season of his career under the maverick manager, he’s fearless when it comes to making bold decisions on the pitch and he’s just got it. The same sort of ‘it' that Jürgen Klopp had when in Germany.

Leipzig have aspirations of winning the Bundesliga and believe Nagelsmann is the man who can deliver that. He’s part of their long-term project but for the right money, he will be available. The question is whether Spurs believe in him enough to part with a fee usually associated with a player to bring him to the club. Of those mentioned, he’d be their best option. But doubt remains over whether they’re an attractive proposition now.

At the Red Bull Arena, he has young players to develop and improve. At Spurs, not so much. Had this chance arrived 12 months earlier then the answer may have been a different one.

Daniel Levy has a big decision to make. Get it wrong and it could cost Spurs now and in the long-run, with the race for a top-six position being more competitive than ever before.