Legendary Manchester United boss Sir Alex Ferguson once said a great goalkeeper was worth 15 points a season. It's a belief which is clearly echoed by Newcastle United manager Rafael Benítez who has made a new stopper one of his summer priorities.

Former Manchester City keeper Willy Caballero has emerged as a Newcastle transfer target while Benítez's former No.1 at Liverpool, Pepe Reina, has also been linked with the Magpies.

That is despite Newcastle already having four senior goalkeepers on their books: Karl Darlow, Matz Sels, Rob Elliot and Tim Krul. On top of that there is talented youngster Freddie Woodman to consider.

So who will be in possession of the No.1 jersey next season? We look at the candidates.

The fact Benítez is so evidently in the market for another goalkeeper suggests the Spaniard does not have complete faith in current No.1 Darlow to continue between the sticks in the Premier League.

Darlow had played in the final eight games of the 2015/16 season as the Magpies were relegated but clearly Benítez had designs on replacing the former Nottingham Forest keeper.

Those plans did not come to fruition as Sels was far from convincing. After playing in the Mapgies' first nine Championship fixtures he was benched in preference of Darlow and did not return. The Belgian is expected to leave St James' Park this summer.

But if Benítez succeeds in signing an experienced stopper this summer Darlow's position will come under scrutiny. At 26 he is no longer a young keeper and he is unlikely to be content at being demoted to a backup role next season.

Signed to be Darlow's replacement, the 25-year-old lasted until the end of September before being dropped in favour of the man he had, briefly, replaced. An error in United's 1-1 draw with Aston Villa proved the final straw and Darlow was reinstated for the next game.

It has not worked out for the former Belgium Under-21 international at St James' Park and his future is the most concrete of another of the goalkeeping union.

He will leave Tyneside one way or another with interest from clubs in Turkey, France and Spain.

To further complicate the equation for Benítez, there is the matter of Krul's future at St James' Park.

The former Newcastle No.1, who has 157 league starts for the Magpies, signed a new one-year contract in the summer and was promptly loaned to Ajax to help aid his recovery from a knee injury.

But he did not make a single appearance for de Godenzonen as André Onana thrived and subsequently agreed a loan switch to AZ Alkmaar in January, playing 22 times in all competitions.

He will return for pre-season having failed to play any part under Benítez so far. At 29, Krul's desire to secure first-team football will govern any decision about his future but it will be a tough call as he is clearly wedded to Newcastle.

“My wife is from Newcastle. My little girl was born in Newcastle. “I’ve got more links to Newcastle than just football. That’s something to be massively proud of.”

Whether an emotional bond with the city will be enough to keep him in the North East if he isn't to be first choice remains to be seen. As with Darlow, Benítez would not be pursuing other options if he felt Krul was going to be his No.1

The former Charlton Athletic goalkeeper moved to St James' Park to offer backup to Krul and that shouldn't change drastically this summer.

The 31-year-old has only made 38 league starts in five seasons with Newcastle.

He is a reliable second or third-string goalkeeper and while he is happy to remain as an understudy to Darlow and co. he has an important purpose to serve at the club.

Next season: Retained as third choice

Yet to make his debut for Newcastle, Woodman is highly rated by the Magpies' coaching staff.

He ended last season on loan at Scottish Premiership side Kilmarnock and is currently impressing with England at the Under-20 World Cup.

Woodman won't be Newcastle's No.1 next season. But he could be someone else's.

A loan move to the EFL beckons for a player who needs a 40-game season to continue his development and work towards becoming the Magpies' first choice further down the loan.

Next season: Out on loan 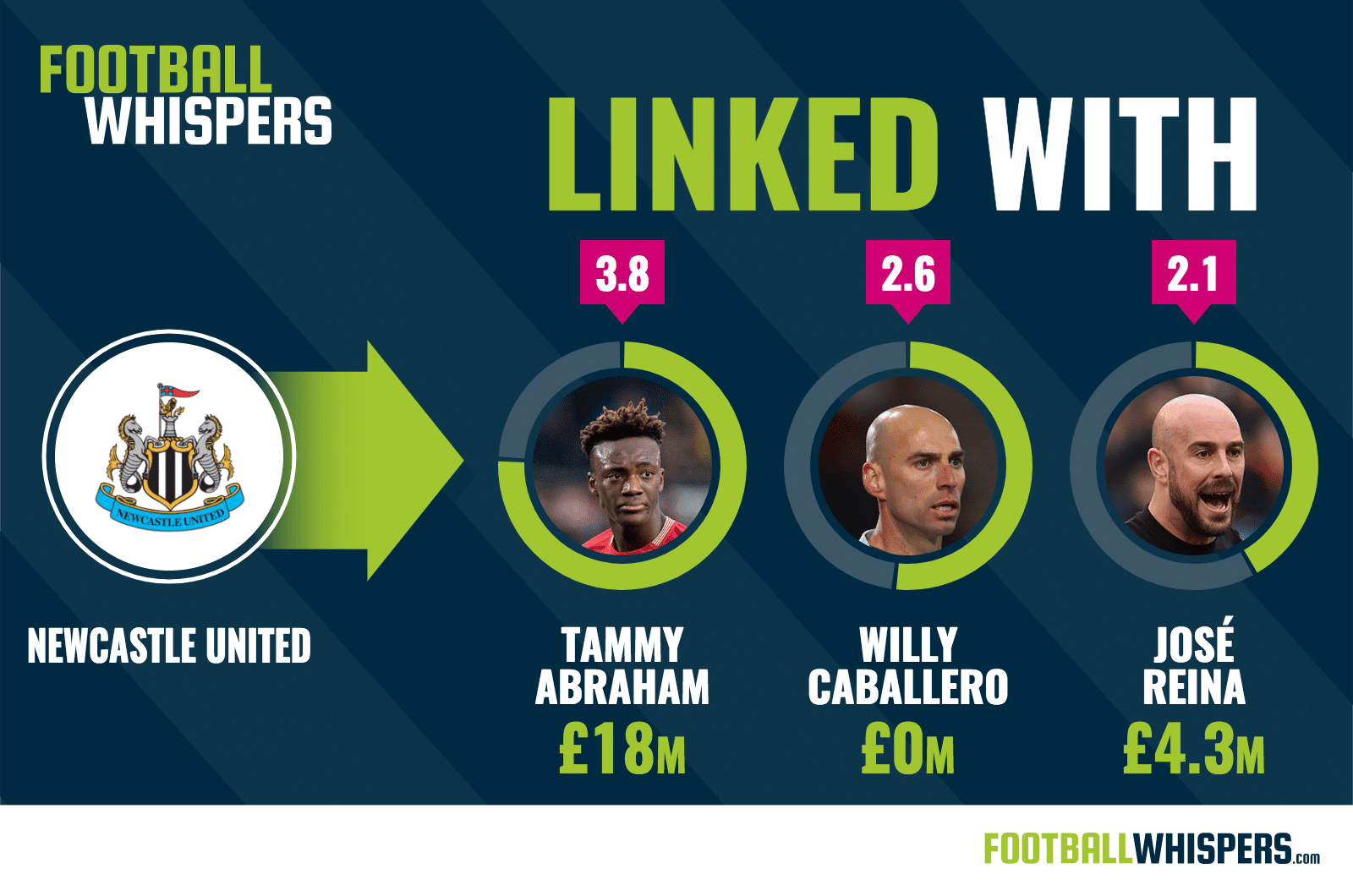 The former Liverpool and Bayern Munich keeper is under contract at Napoli until the end of next season. But he is unhappy in Naples and rejected the offer of a new contract following a reported falling out with president Aurelio De Laurentiis.

Reina would be a significant upgrade for the Magpies and has enjoyed something of a renaissance in Italy after being shifted out of Anfield by Brendan Rodgers.

Last season the 34-year-old kept 12 clean sheets in Serie A – second only to Roma's Arsenal loanee Wojciech Szczesny (14). He made 71 stops, saving 65 per cent of the efforts he faced.

As well as getting a good and experienced goalkeeper, Newcastle would also be signing someone who knows the Premier League inside out. Reina, unlike a younger stopper, would come with the additional benefit of not needing time to settle into the rough and tumble of the league.

It's a signing which makes sense on every level but is totally dependent on how his situation in Napoli develops. 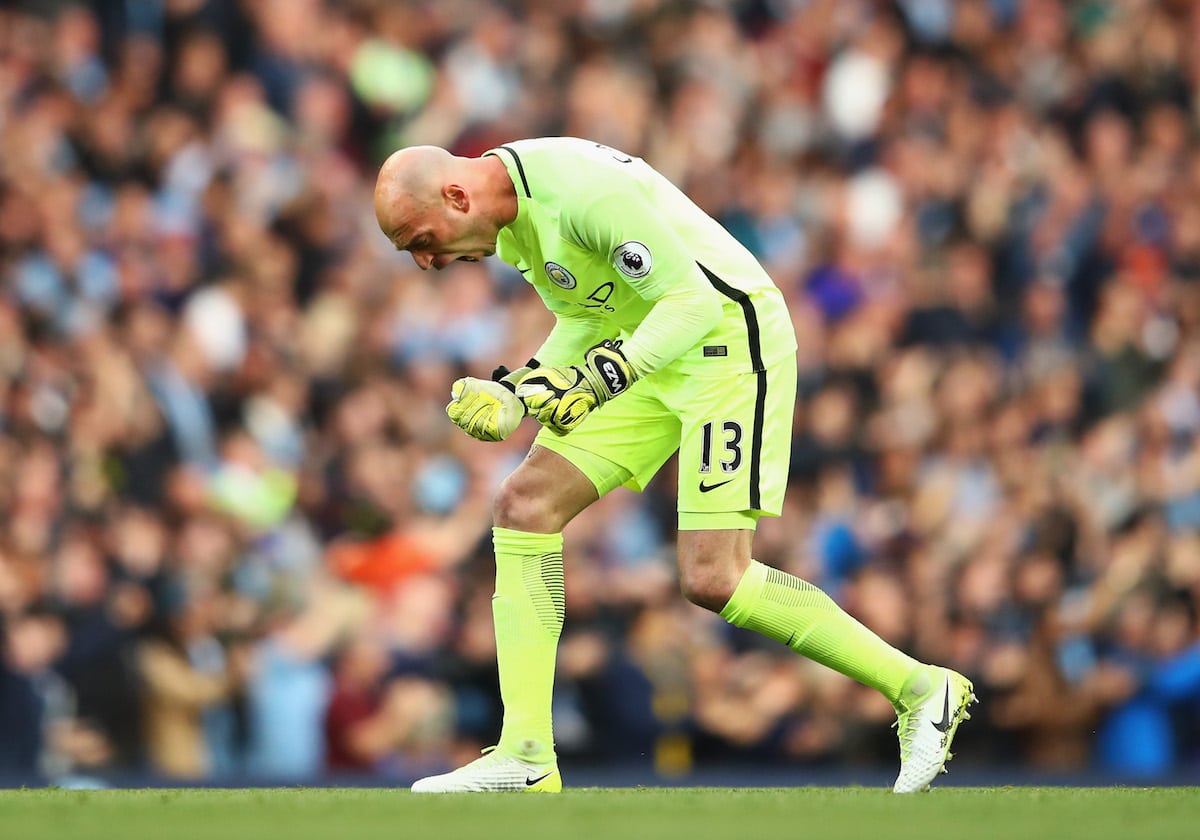 The Argentine came in for some criticism towards the end of his time at Manchester City but the reality is pundits and City observers were on heightened alert for goalkeeping errors after Claudio Bravo's calamitous stint.

That City boss Pep Guardiola ditched summer signing Bravo – the man he was banking on to build his side's attacks – in favour of Caballero said two things. Firstly Guardiola had run out of patience with the Chilean and, secondly, that Caballero was a credible choice.

At the end of the season the former Malaga stopper was released. That was inevitable. A new goalkeeper, Ederson, has joined to become No.1, pushing Bravo down to the bench. Caballero was always going to be the one to make way as he was not Guardiola's signing.

But the 35-year-old, who is reportedly a Chelsea transfer target, would be a good pick-up on a free transfer.

His statistics from last season make impressive reading. In 17 Premier League fixtures Caballero conceded just 13 goals – half as many as Bravo and in five games fewer – and kept six clean sheets.

Caballero would not be a long-term fix for Benítez or Newcastle but, if he wanted to eke out the last of his playing career, it would be the best move for all parties.