Naby Keïta's move to Liverpool is agreed for the summer. But reports recently have suggested that The Reds are attempting to move the deal forward following on from Philippe Coutinho's £144million transfer to Barcelona.

There's a real lack of creativity in the midfield at Anfield. Something the early arrival of Keïta would solve.

Liverpool have paid a premium on Keïta's £45million release clause and agreed for him to stay in Germany for a further year in order to pip Bayern Munich, Barcelona and Manchester City to the Guinean's signature.

Plying his trade with RB Leipzig, he was one of the standout performers as the Bundesliga debutants took the league by storm to finish second.

As Football Whispers exclusively revealed, however, it was the Reds who had made positive moves early on to jump to the front of the queue for the diminutive midfielder. The Spurs interest, in the media at least, was short lived and the Bavarian giants opted to spend big on Lyon’s Corentin Tolisso.

Liverpool have delivered Jürgen Klopp his top midfield target. Albeit he won't be able to call upon the dynamic midfielder until next season but it's job done. They did what was required to land him ahead of other clubs and avoided a scramble for his signature in the summer of 2018.

Now he's officially a Liverpool player, we've taken a look at where he might fit in and how the Reds could line-up with him in their starting XI. Many believe Philippe Coutinho will leave next summer so is the RB Leipzig man a replacement for the Brazilian or will he be playing a more withdrawn role?

Where would Keïta fit in at Liverpool? 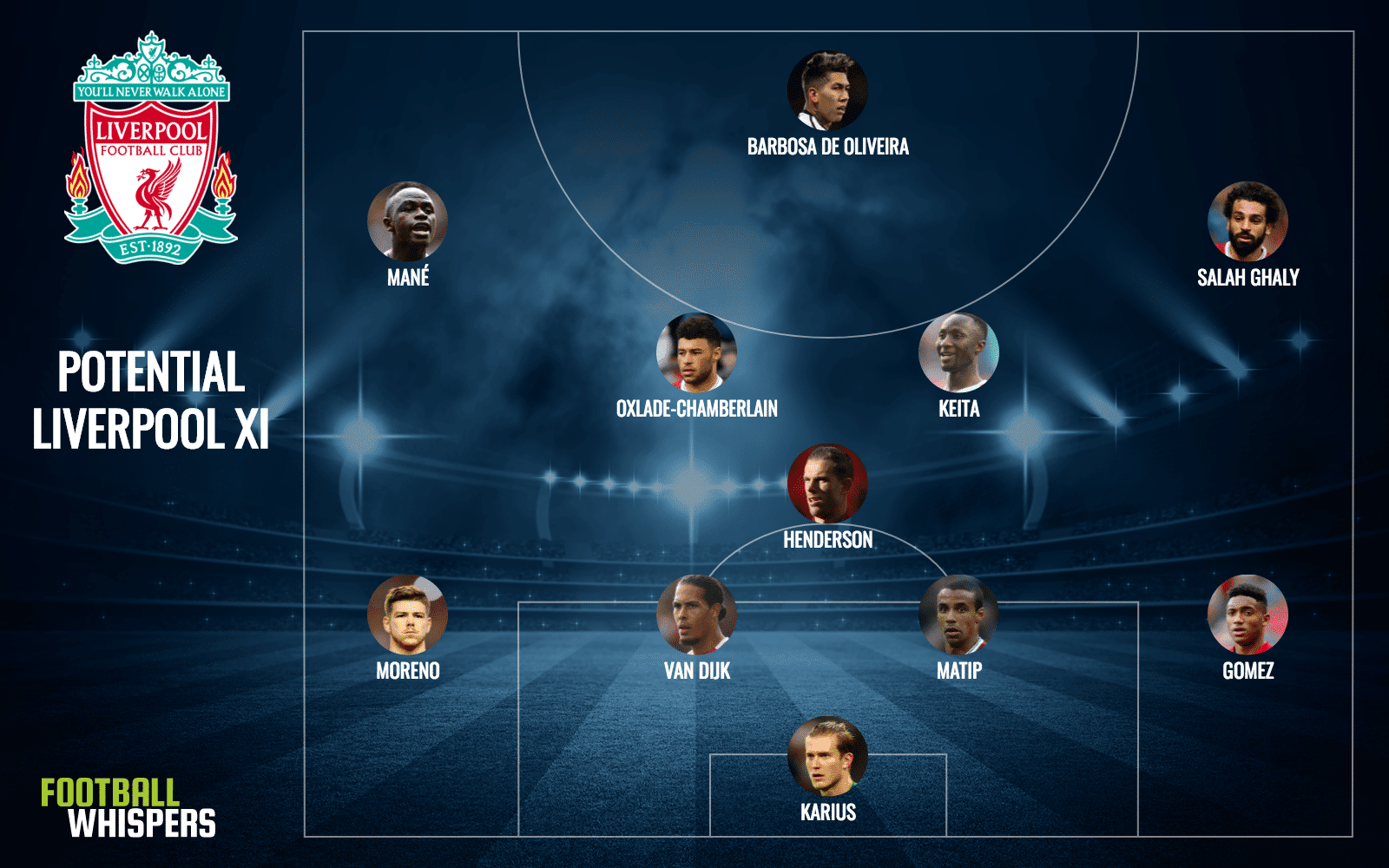 Alberto Moreno has shocked many with his resurgence and looks to be the starting left-back for the club. If he continues his form there's no reason not to think he'll be there next season. Having said that, however, Andrew Robertson has impressed while filling in for the injured Spaniard and doesn't at all look out of place in the starting XI.

Joe Gomez and Trent Alexander-Arnold will battle it out for a start at right-back. Many believed the former was a centre-back but Klopp's decided to use him as a full-back this season and he's more than impressed. His attacking side has developed and he's much better defensively than Alexander-Arnold.

It's not something many could have imagined at the start of the season but Klopp's spoilt for choice when it comes to full-backs.

Now, on to Keïta.

If the Reds stick with the 4-3-3 system Klopp used last season then he's likely going to rival Georginio Wijnaldum and Adam Lallana for their places in the team.

Granted, both played different roles with the former acting as a link man at times and the latter being a more attack-minded box-to-box midfielder.

It just goes to show how much of an all-rounder the RB Leipzig man is. He can comfortably play as a defensive midfielder, an attacking midfielder and as a box-to-box powerhouse.

His stats show there's not really a weakness to his game, hence why he could play Wijnaldum's position as well as Lallana's.

Thomas Lemar has been touted as a possible replacement for Coutinho and could play on the left of a midfield three. The Brazilian excelled there and there's no reason the Frenchman couldn't have a similar impact.

Keïta will likely take up the role on the right of the midfield three but he can just as easily play on the left. It would give Liverpool a balance with Lemar and the Guinean able to rotate. One joins the attack while the other acts as the middle man. However, reports have suggested The Reds won't pay the £90million the Ligue 1 champions want for the 22-year-old so Alex Oxlade-Chamberlain could be the man to play that role.

Squad depth is a nice thing to have. With the Reds, hopefully, having Champions League football for the 2018/19 season, it's safe to assume Klopp will need a variety of options in there and with the current crop of midfielders he has just that.