When the dust settled on the summer transfer window and Isco closed the door on a potential switch to Tottenham Hotspur, most expected this meant he would sign a new deal with Real Madrid and fight for his place in Zinedine Zidane’s squad. However, as we approach the January transfer window that new contract remains unsigned and the speculation surrounding a potential move away from the Bernabeu, if anything, has intensified.

It has to be said, the majority of the more recent links have come from England, as opposed to here in Spain, but a move abroad makes sense should he decide to pack up and leave Madrid. For all the riches available at the top clubs in Spain, Isco finds himself on relatively modest wages of around £60,000-per-week. He could comfortably double that at a Premier League team.

Since the interest from Tottenham cooled, other potential suitors have been rumoured. Both Manchester teams are keeping tabs on his situation, as have Arsenal and Liverpool, according to the Mirror. While those sides are of the calibre of Isco would consider, it’s hard to imagine him being first choice at any of them — bar any major outgoings — as each side is currently well covered in that role. 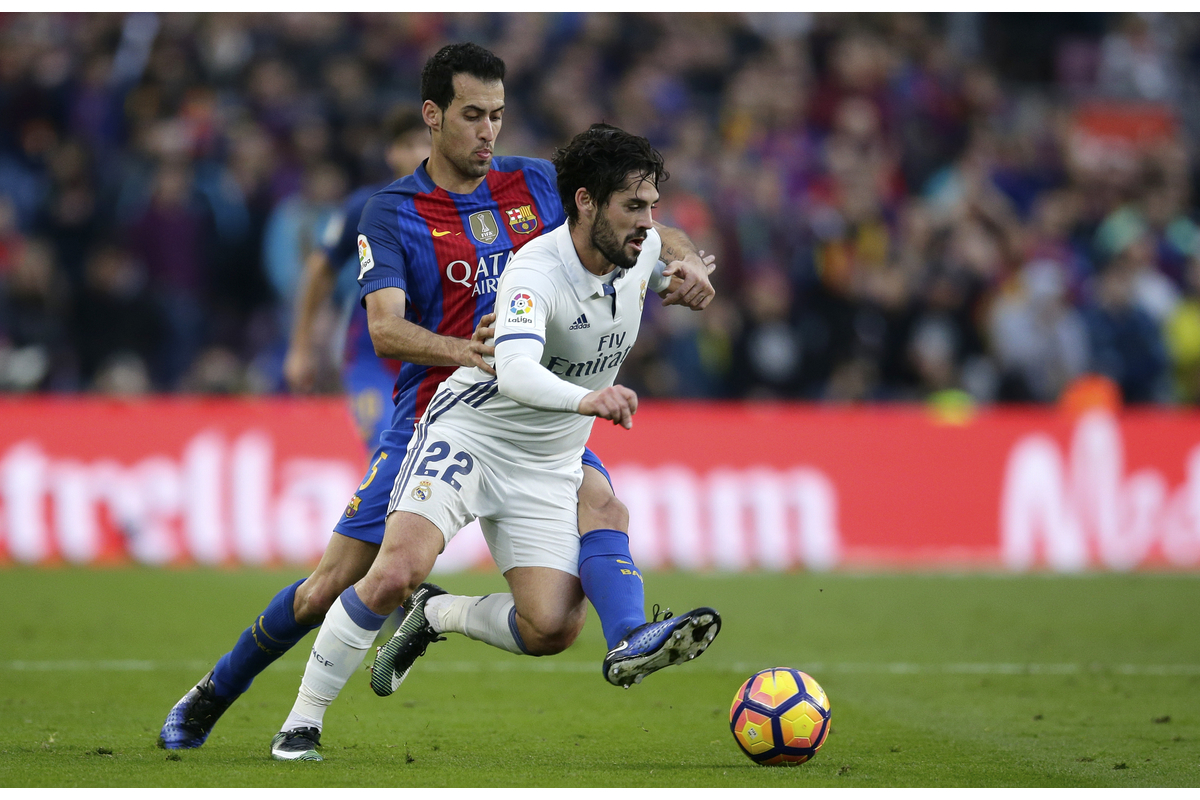 Although, before analysing whether he’d be a good fit or not, it’d be wiser to find out if Isco is even available.

Juventus were the first side to be linked with him before Zidane shot down the suggestion he’d be willing to let Isco go. The player himself remained tight-lipped on the speculation, preferring to instead focus on impressing throughout preseason. He began the campaign on the bench, missing two matches due to injury and was an unused substitutein another. Far from ideal.

Towards the end of the summer transfer window both MARCA and AS ran stories saying that Spurs were tracking Isco and he was open to a move. The cynical side of us would suggest this was merely a ploy to put pressure on Madrid when it came to contract negotiations, but those who released the story insist the player wasn’t against the idea of moving to England.

In the end, perhaps after talks with Zidane, he decided he wanted to stay and fight for his place. This closed the door on a move to Spurs or Malaga, his old side who had also heard whispers of Isco’s discontent at his situation in Madrid.

Once the window had closed, Isco was instilled into the first XI and started the next six league games, playing a crucial role in the 3-0 beating of Atletico Madrid despite the headlines going to teammate Cristiano Ronaldo. Just before that match, Cadena SER radio ran a story saying an agreement in principle was in place for Isco to sign a new deal, despite the club insisting no new talks will begin until the summer.

A month later and Isco’s future remains anything but clear. Sure he’s established himself in the first team picture, edging out James Rodriguez and new boy Marco Asensio, but the failure to put pen to paper is what keeps the speculation going. Perhaps in the back of his mind is the worry that when Gareth Bale returns he’ll go back to being largely a substitute.

There's little doubt as to whether he’d suit the Premier League. He doesn’t shy away from the dirty work and has no issue with sticking a foot in, or taking a yellow card for the team. Technically he’s as good as they come: great with both feet, comfortable starting out wide but obviously stronger when used down the middle — another issue at Madrid, as with three strikers it’s hard to play with a No. 10 as well.

Pace, as we all know, is important in England, and while he might not be the fastest, he does have a good burst of speed when needed to get behind a defender. Isco boasts a fine passing range: able to play intricate triangle passes or switch up the play. Another underrated trait is his ability to finish off chances too. We’ve seen less of that as his role in the team became marginalised but in the recent friendly against England, he showed his class by scoring that late equaliser.

Isco’s career has stalled somewhat, on a personal level, at Madrid in the last couple of seasons. He’s unfortunately in that band of players who aren’t quite ‘Galacticos’ but nor are they simply squad players. He’s too good to be a back up but then there’s an argument that, with the attacking talent at Madrid, he isn’t good enough to start either. He’s 24 now and should be playing on a regular basis if he’s to reach his potential. Should Madrid switch formation, which could happen, then there’s no doubt that his first choice is to stay at the club. 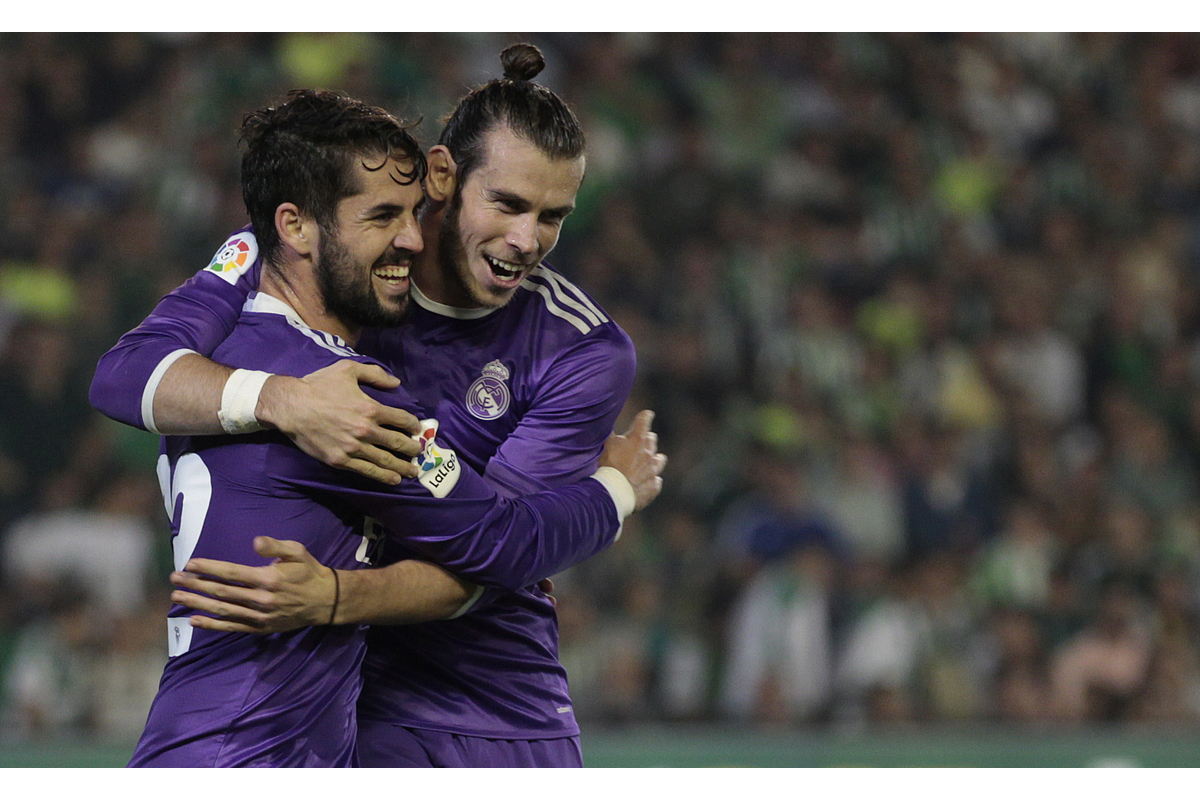 If we were to play devil’s advocate and suggest he will be available at the right price, what would that right price be? Contrary to most teams, Madrid aren’t likely to accept being lowballed due to Isco only having 18 months to run on his current deal. The fee mentioned in the summer for a permanent deal was around the £40 million mark, and, in the current market, that’s probably fair.

And to go back to where we started all of this, it doesn’t make a lot of sense to spend that kind of money unless he’s going to feature regularly. If Manchester United were to let Wayne Rooney go then it’d be make sense to have Isco challenge Juan Mata for that role. Although, in recent weeks United have switched to a 4-3-3, which would present Isco with the same problem he has at Madrid.

For Manchester City, there’s an obvious link, as David Silva and Kevin de Bruyne have played out wide meaning there could be space for Isco behind Sergio Aguero. Liverpool only makes sense if they sell Philippe Coutinho first, and likewise for Arsenal if they let Mesut Ozil go. Spurs would make the most sense but are they big enough for Isco to abandon Madrid?