Going into the match, El Matador sat on 156 goals, level with Zlatan Ibrahimović as the club's record marksman.

The Uruguayan should have already broken the record, but when Neymar shrugged off the boos to tuck away a penalty in the 8-0 win over Dijon, he made the forward wait just that little bit longer.

There was never any doubt Cavani would get another chance sooner rather and later and after just 11 minutes the record was his alone.

Neymar slipped in Adrien Rabiot and the young Frenchman’s cut-back found Cavani, who was stood on the six-yard-line. One flick of his left-foot and the 30-year-old made it 157 goals in all competitions for the Parisians.

The 30-year-old will forever be etched in the history of the club, but outside of Parc des Princes it’s a record which has been met with mixed feelings around France.

Rightly or wrongly, Cavani is one of the most polarising strikers in Europe. No one can deny his movement is world class, with the former Napoli man getting into the right position more frequently than others in the same role.

Yet, knocking goals past Dijon, Montpellier and others don’t make a striker world class. In order to claim to be a finisher at an elite level, a frontman must replicate those feats when it matters most.

Out of the 157 goals Cavani has scored for PSG, only 26 have come in the Champions League. Drill down further and in 13 knockout round games for PSG he has only scored four times.

That includes coming up short against Chelsea, Barcelona and Manchester City as the French side were eliminated in the quarter-finals three years in a row.

Before Saturday’s game, the South American forward was level on goals with Ibrahimović. But while it took Cavani 228 games to hit that number, the Swedish talisman managed it in 180.

The Manchester United forward averaged 0.86 goals per game while at PSG. Cavani is behind on 0.68.

Without the Swede in the team, Cavani has flourished. But he also greatly benefited from having Ibrahimović beside him. Zlatan’s presence drew defenders away, letting El Matador use his superb movement to get in behind defences.

Ibrahimović scored 20 times in the Champions League, with his knockout round record of six goals in 13 games just as disappointing as Cavani’s.

With 15 games of the current Ligue 1 season remaining, Cavani needs another six goals to become the club's all-time league top goalscorer. It's a record you would expect him to claim.

If he follows his current scoring rate, the 30-year-old is on course to match his tally of 35 for last season and hit the 114 he needs.

And to put his career in France into context, if Cavani has a great end to the campaign and clinches another PSG record, he would still be 56 Ligue goals behind top spot on France’s all-time list.

Gunnar Andersson, a Marseille and Bordeaux forward from the 1950s scored 179 league goals in 234 games.

Closer to home, Carlos Bianchi – who played for PSG, for whom he scored 71 league goals, Stade de Reims and Strasbourg – also has 179 league goals, but in 220 games. 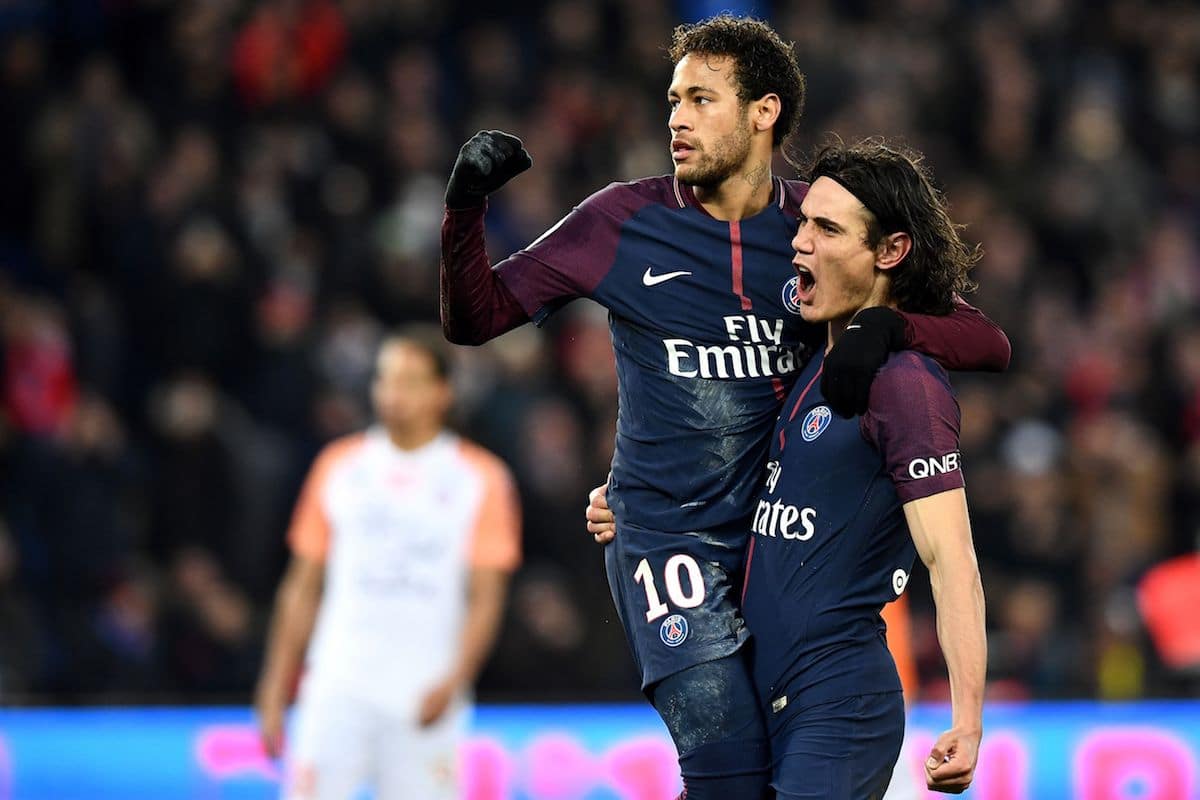 Both have better strike rates than Cavani's 0.70 per game, and it would take a herculean effort if he was to get near that duo to win a place in the top ten.

When someone like Harry Kane breaks into Tottenham Hotspur’s top ten, or when Thierry Henry pipped Ian Wright to become the Gunners' top scorer, it was a huge deal.

They are clubs with greater history and prestige, it means something special when it happens.

Without sounding disrespectful, PSG were only formed in 1970. They are still writing their own history and are a very young club.

Before Ibrahimović and Cavani, Pauleta was only the second forward to score over 100 times for the Parisians. And the Portuguese striker played with the club when they didn’t have Qatari billions backing them.

In his first season they finished second, but after that campaign they struggled, coming ninth twice, then 15th and 16th. The former Bordeaux man didn’t have the likes of Neymar, Kylian Mbappé and Ángel Di Maria helping him out.

Cavani has done everything asked of him, finding the net with regularity to help his club lift trophies.

Yes, a better record in European games is expected, and he will be tested again next month when PSG try to get beyond Real Madrid in the Champions League. But where his record for the club will come under greatest scrutiny is the test of time.

With every goal Cavani scores, he's rewriting the PSG record book. And perhaps with another campaign in the French capital, he could reach 200 goals for the club. Then it will be someone else’s record to break.

If the Parisian side are bankrolled for another ten years and their dominance continues, there will be other contenders to the throne.

Neymar has 24 goals in 23 games since arriving for Barcelona. If by some miracle he stays in Paris for five seasons, you would expect his goal return to continue and he would be favourite to emulate and surpass Cavani’s scoring record.

Mbappé is the other contender. At 19 years old, he already has 15 PSG goals to his name. The likes of Real Madrid and Barcelona will always be around to court his attention, but there’s no reason, playing for his hometown club, that the teenager won't stay in Paris for the next decade.

Eventually he’ll be the No.9 at the Parc des Princes and an average of 20 goals a season is well within the limits of his talent. Only a move away could derail his chances.

For now Cavani is the record holder and he deserves all the credit for his achievements since arriving from Napoli. But it’s best not to get carried away.

If in 20 years time, the Uruguayan is still PSG’s all-time top scorer, he will deserve go down in the annuls of greatness.

Ibrahimovic took the bar and gave the record new meaning. Cavani has raised it further, but don’t be surprised to see it moved even higher in the future.