In football you can’t afford to stand still. Regardless of how well your season is going, there is a constant need to improve, push forward and look to the future. Newcastle United, top of the English Championship, three points clear of Brighton & Hove Albion, are one of the favourites to win instant promotion back to the Premier League this season.

Making that step up in quality will require even more investment than has already been shown this summer, and it seems plans are already in place. On Tuesday, the North East club, via the Shields Gazette, were linked with a move for K.R.C Genk youngster Wilfried Ndidi. 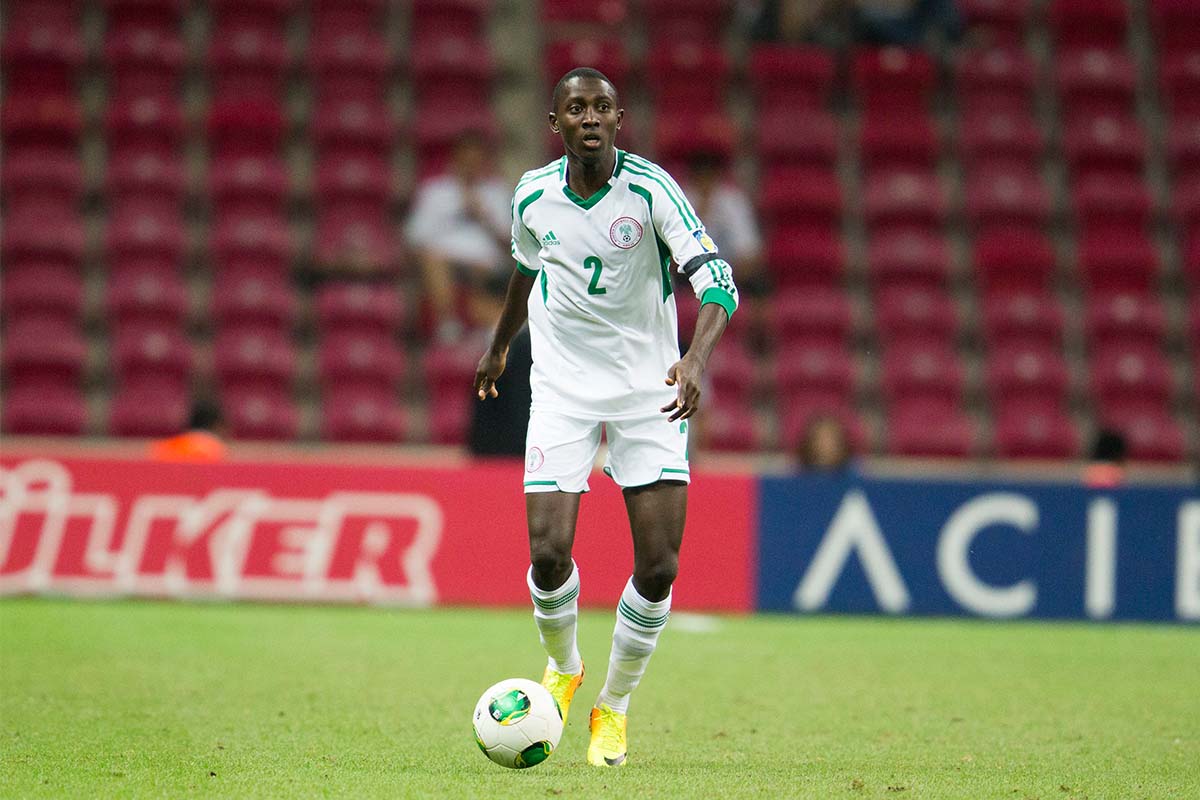 Reports across the local press will have you believe that the Nigerian international is a central defender, someone to come in a play with Jamaal Lascelles, Ciaran Clark and Chancel Mbemba in the heart of the Newcastle back line.

Their information could be half-correct, the Toon Army, as well as Tottenham Hotspur and Watford FC, are known to have scouted the 19-year-old playing in Belgium. What is clear – especially with a little bit of research – Ndidi is not a centre-back.

This season, playing in both the Jupiler League and UEFA Europa League group games, this impressive youngster has played all but two games in the centre of the midfield.

Genk play 4-3-3 or 4-2-3-1, with Ndidi starting against Athletic Bilbao, Sassuolo and Rapid Vienna, in front of the back four, not in it. During the second and third games of the domestic season, he filled in as a centre-back, but when you watch him, it’s clear, he’s much more talented and useful as a defensive midfielder.

The right-footer ticks all the obvious boxes. He’s powerful, quick and has a long stride. Ndidi can be a little reckless at times, but usually due to enthusiasm, rather but a bad attitude. Sometimes he can be a little eager to charge into the tackle and miss the mark. 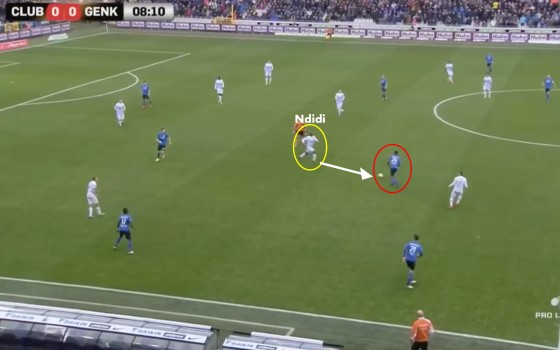 In the recent 1-1 draw with Club Brugge he picked up a booking early in the first half. Stefano Denswil pushed forward into the midfield, his touch was a little loose and Ndidi saw the chance to steal the ball. The defender managed to get a touch, push it past the Nigerian, but the challenge came in strong and cleaned out the Brugge player. 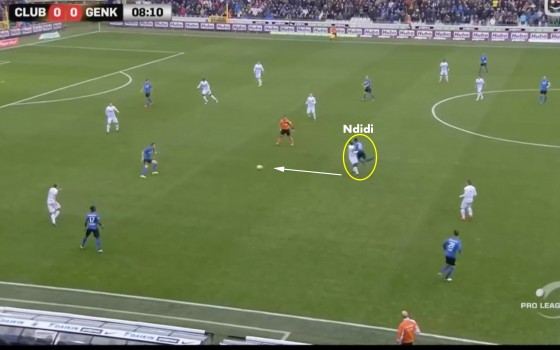 However, going 82 minutes, playing in his position, it’s testament to his self-control that he managed to play out the rest of the game.

Ndidi has also shown his other side, staying on his feet, failing to jump in. He definitely has that self-control, just sometimes his youthful side can come through.

What he does bring is energy and a physical presence. Aerially, standing at just over 6 feet tall, he wins the vast majority of his battles. Even when he doesn’t make contact with the ball, he ensures that the opposition don’t get a clear shot at winning possession.

Against Bilbao, although he would later score from Thomas Buffel’s free-kick, he should have put his side 1-0 in the opening minutes. He rose higher than anyone else, won a free header, but could only put it wide.

His athleticism and determination makes him a dangerous option on both sides of the pitch. A true aerial weapon.

Ndidi at first glance looks a little light-weight to play as a centre-back in the Premier League. The position in the midfield suits him perfectly. He may look a little unorthodox at times, but he will try anyway that he can to get a touch on the ball. He’ll wrap his legs around, stick a toe in, just do enough to break up play and clear the danger.

Even in the Europa League, as he continues to learn the game and develop, he has impressed. Ndidi has the ability and engine to cover space all over the pitch. He reads the game well, either dropping back into the defence, or moving out wide to assist teammates.

Against Bilbao, there was a great example of his defensive side as the Spanish side attacked down the left. Mikel Balenziaga looked to link up with Iker Muniain, but before the full-back had even played the pass, Ndidi saw the movement, burst from the middle of the field to cover the winger’s run. 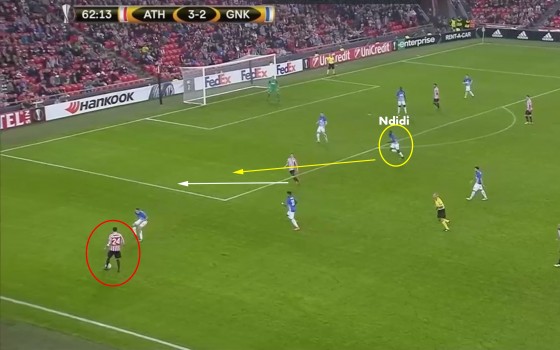 Rather than jump in like against Brugge, he stayed tall, forced the winger into the corner and stopped the danger. 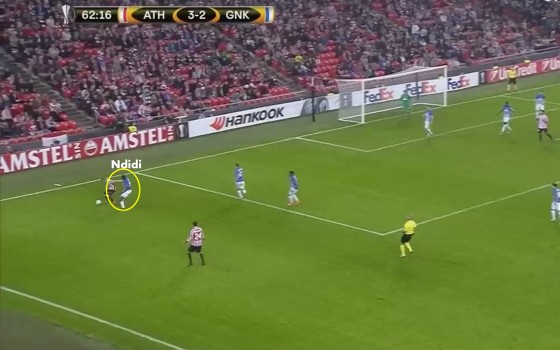 The Nigerian has played four games in the Europa League and is averaging 7.5 tackles per game and makes 4.3 interceptions and 4 clearances on average. No player in the competition is making more tackles, only Benjamin Stambouli of Schalke has made more interceptions, but only 4.5 per game.

When he is in possession, the midfielder is much better when he keeps things simple. On a couple of occasions in a match, he will try and play the long ball, but it quite often ends up misplaced. Poor direction, sloppy execution, it’s far from his strong point. However, when he plays it short, keeps it simple and looks at the bigger picture, he is good under pressure. 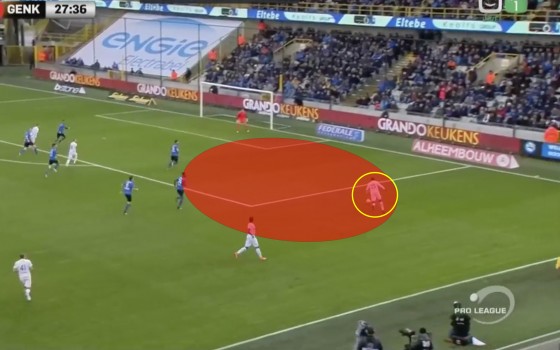 Ndidi can push forward, he has that ability and you can see it as an area which could improve as he grows up, but it was clear, especially when he got free down the right against Brugge, he didn’t have the quality to pick out a cross, despite all the time in the world. 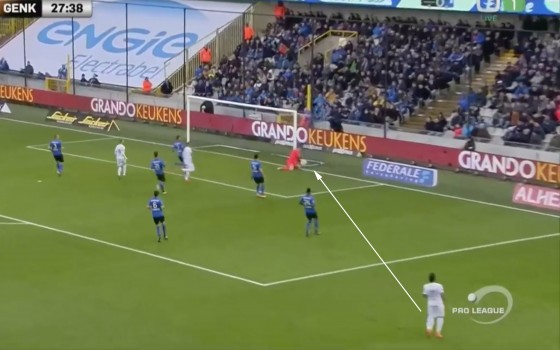 His final ball may be lacking, but there is gold hidden in his right-foot. Apart from headers, he doesn’t score simple goals. In the home game against Athletic Bilbao, he produced a stunning strike with the outside of his right-foot from distance.

Far from a one-off, he did similar against Anderlecht, same part of the foot, this time finding the bottom corner.

One thing is clear, he’s not a central defender, but further up the pitch, he could be an excellent foil to the likes of Jonjo Shelvey, Isaac Hayden and Jack Colback. Rather than step straight up the Premier League with Spurs, or join the circus of the Pozzo family, St James’ Park could be the ideal place for the young midfielder to develop. The fight, drive and competitive nature of the Championship could be perfect for Ndidi’s next step. Just don’t expect him to be a centre-back.