Every club has a blind spot when it comes to recruitment. Arsenal, though, have several.

Their problems in the last decade have been painfully apparent to all but the club's hierarchy. The Gunners have desperately needed a reliable goalkeeper, dominant centre-halves and a ball-winning midfielder. In other words, the spine of a successful team.

Gradually these issues have started to be addressed. Bernd Leno has established himself as a Premier League-worthy No.1 and, for a time, it looked as though Lucas Torreira would add some much-needed bite to the centre of midfield. But the Uruguayan has fallen out of favour and, according to reports, could even leave the North Londoners in January.

Regardless, Arsenal need more quality in midfield and more protection for a back four which has about as much durability as tissue paper. David Luiz has thus far vindicated Frank Lampard's decision to let him leave Sokratis has well and truly caught the Arsenal bug.

Help could, finally, be on its way. According to various reports, new Arsenal manager Mikel Arteta has identified Leicester City‘s one-man midfield wrecking ball Wilfred Ndidi as the man to inject some bite into his midfield. 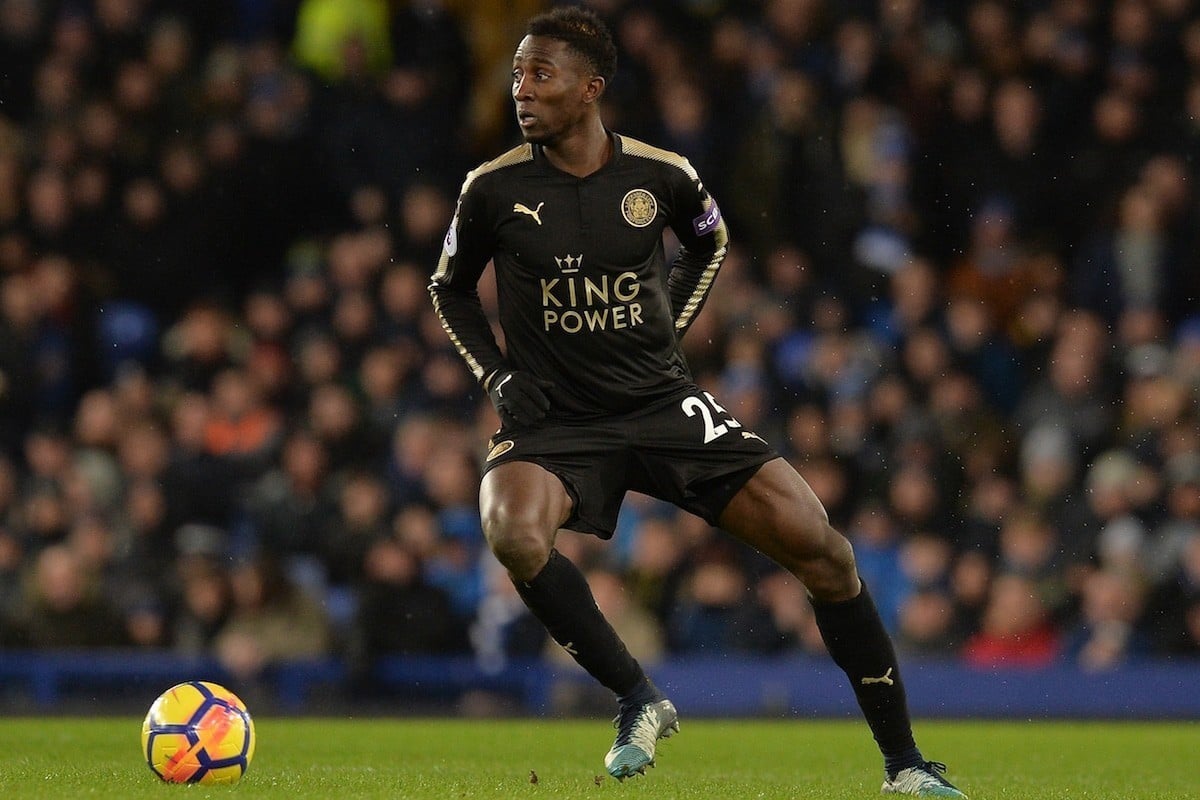 Plenty of players have been linked with moves away from the King Power Stadium in recent weeks, chief among them James Maddison, Ben Chilwell and Çaglar Söyüncü. But Ndidi has gone under the radar. That is the Nigerian's brilliance.

Signed from Genk for £17million in January 2017, Ndidi arrived five months after N'Golo Kanté departed for Stamford Bridge. It had not been expected that the Foxes would find a direct replacement for the tireless Frenchman. But they did.

Since then the two have been virtually inseparable with former Everton and now Paris Saint-Germain destroyer Idrissa Gueye completing their triumvirate. 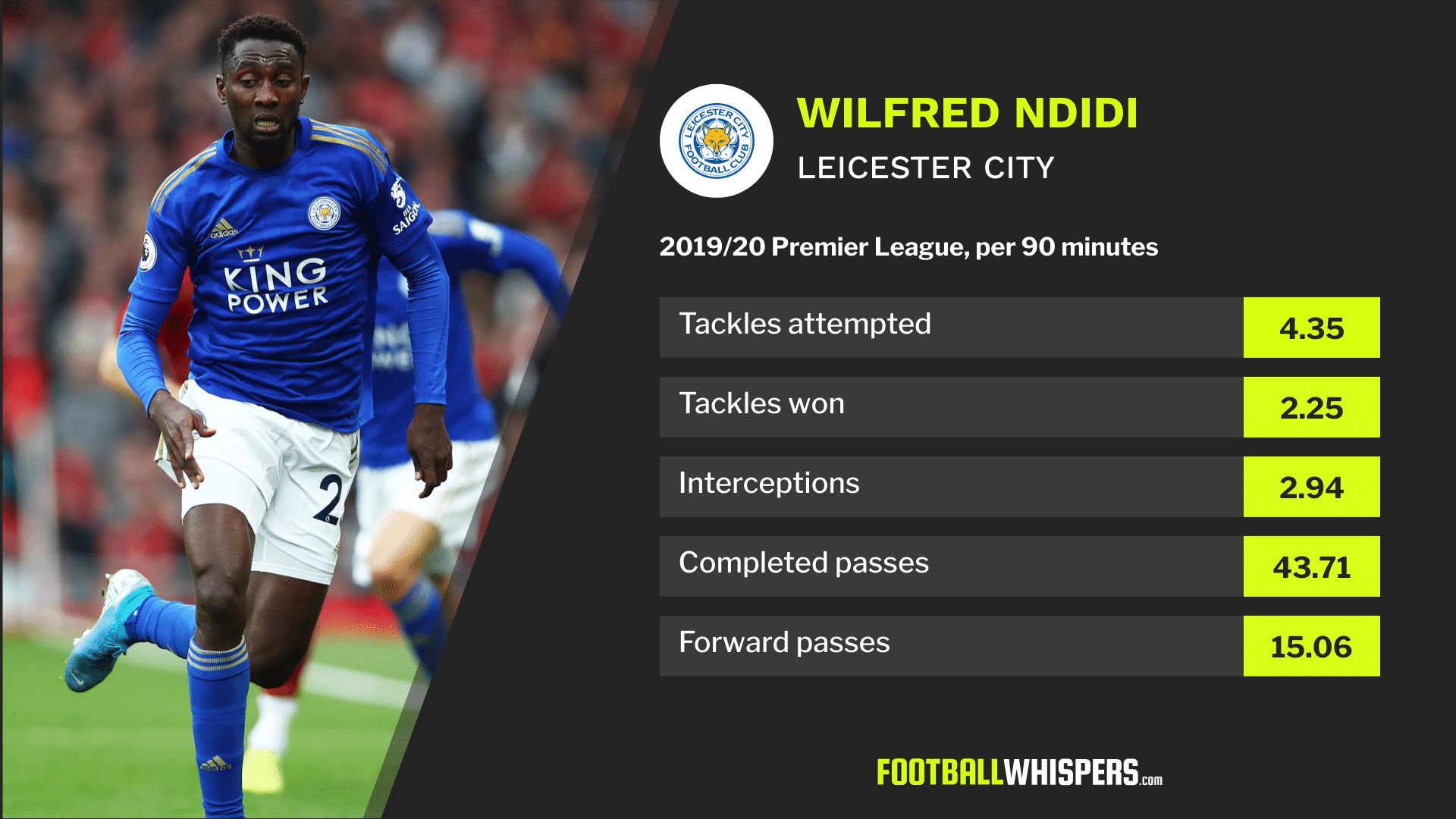 Of course, the style of the two teams has a bearing on that. Chelsea, for example, hold onto the ball longer – 13.37 seconds per possession vs. 11.45 seconds. The Blues also press higher, limiting the amount of work Kanté is required to get through. We can see this in the fact their opponents' possession, on average, ends 59.3m from their own goal whereas Leicester's opponents make it 61.71m.

Teams facing Arsenal, however, make it 64.52m. That's the fourth-most of any Premier League side. Therein lies the problem the Gunners will hope Ndidi can resolve.

The former Genk man seeks and destroys, snuffing out attacks and turning over possession for his side with alarming regularity. That he is intrinsically linked to Kanté underlines the fact that alike players are so rare. That is why Arsenal must pounce.

Taking only midfielders who have played at least 20 per cent of available minutes so far into account, no-one can better Ndid's averages for interceptions, tackles attempted or won this season.

“Ndidi is absolutely key for our team, but for any team you need a good defensive midfield player that can do a lot of the dirty work as they say.

“He is improving all the time. His defensive qualities, he has a great brain to read the game.