You may not have noticed him, with Mohamed Salah shining and Philippe Coutinho pulling the strings, but Dutch midfielder Georginio Wijnaldum played a key role in Liverpool‘s 3-0 win over Southampton at Anfield on Saturday.

The former Newcastle United and PSV man is likely to have little hope of a regular spot in the Reds' starting XI next term, with the arrival of Naby Keïta from RB Leipzig almost certain to relegate the 27-year-old to back-up status, while Emre Can, out of contract at the end of the season, will often be preferred to Wijnaldum when everyone is fit this term.

But his display against the Saints showed that Wijnaldum can still be a key figure for Liverpool when called upon, operating with discipline and technical quality, ensuring those ahead of him – the vaunted front three of Roberto Firmino, Salah and Sadio Mané, plus Coutinho scheming from an advanced midfield role – are able to focus on what they do best.

Against Southampton, Wijnaldum, starting on the right side of midfield the midfield three in Jürgen Klopp's 4-3-3 formation, was tasked with an important, if understated, role.

With Coutinho starting as an advanced No.8 on the left of the trio, rather than on the left flank in the front three, and Jordan Henderson anchoring in front of the back four, Wijnaldum's positioning, tactical discipline and pass selection was vital to ensuring Liverpool maintained balance.

Coutinho was given the license to roam which is needed for him to flourish, while Henderson sat deep and looked to orchestrate play. Wijnaldum, then, had to act as a bridge between the two: a constantly-available passing option for Henderson, while always ready to pick out Coutinho or one of the front three when he got on the ball.

Wijnaldum completed a thoroughly impressive 95.4 per cent of his 43 passes, completed two dribbles and made three key passes – including an assist for Salah's stunning, 25-yard opener.

Clearly given a remit of keeping his play simple and guarding possession, picking out a more creative colleague where possible, Wijnaldum's job on Saturday afternoon offered little individual glory, but Klopp would have been well satisfied with the midfielder's work. 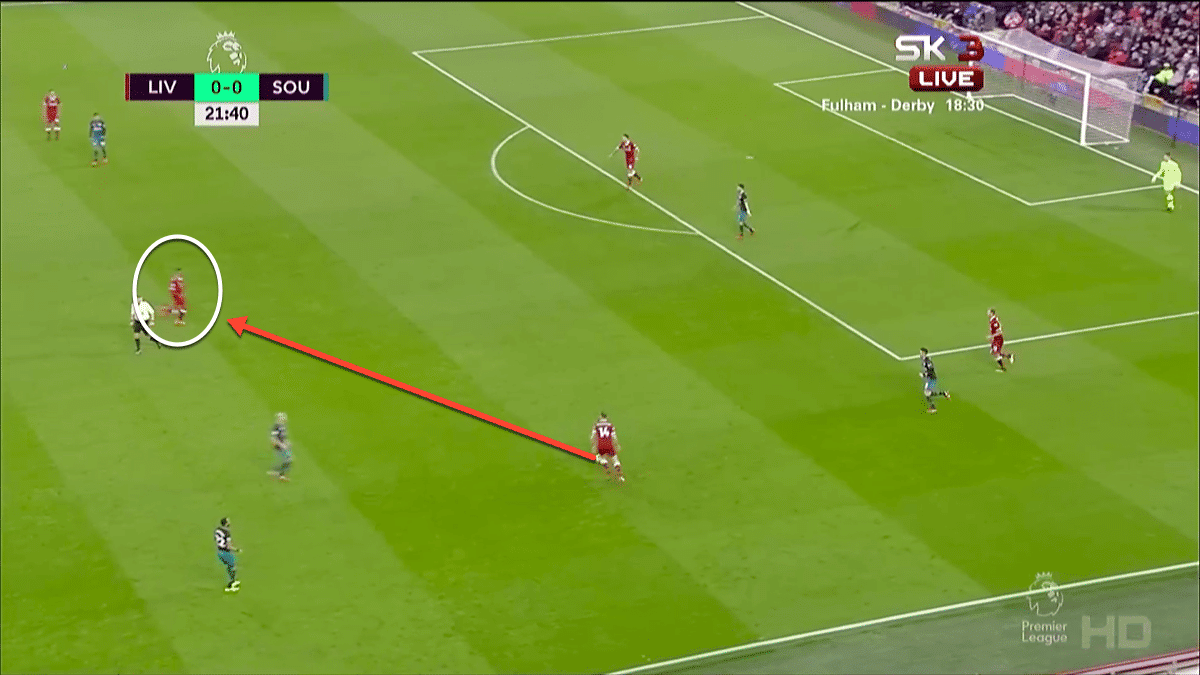 In the above image, we see an example of Wijnaldum offering himself as a passing option for Henderson deep in Liverpool's half, willing to take the ball in a potentially dangerous zone in order to keep the Reds in possession and moving forward. 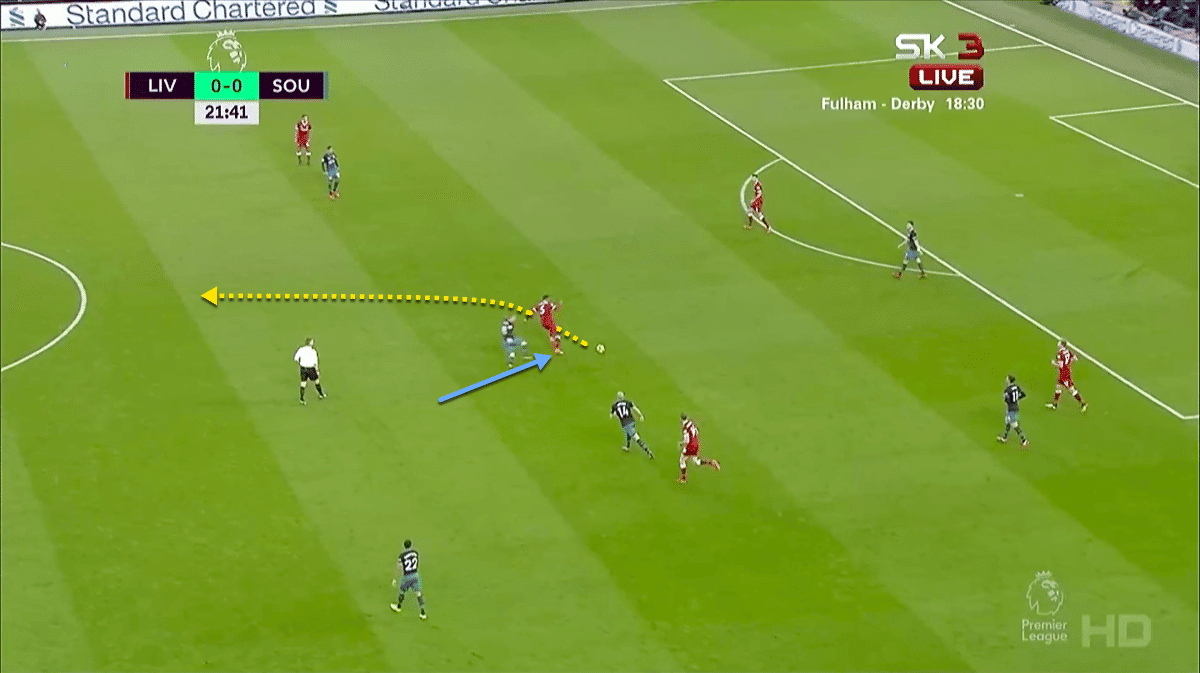 Upon receiving the pass from the England international, Wijnaldum immediately comes under pressure from an opposing midfielder, but he astutely rolls away from the Southampton player, always keeping his body between player and ball. 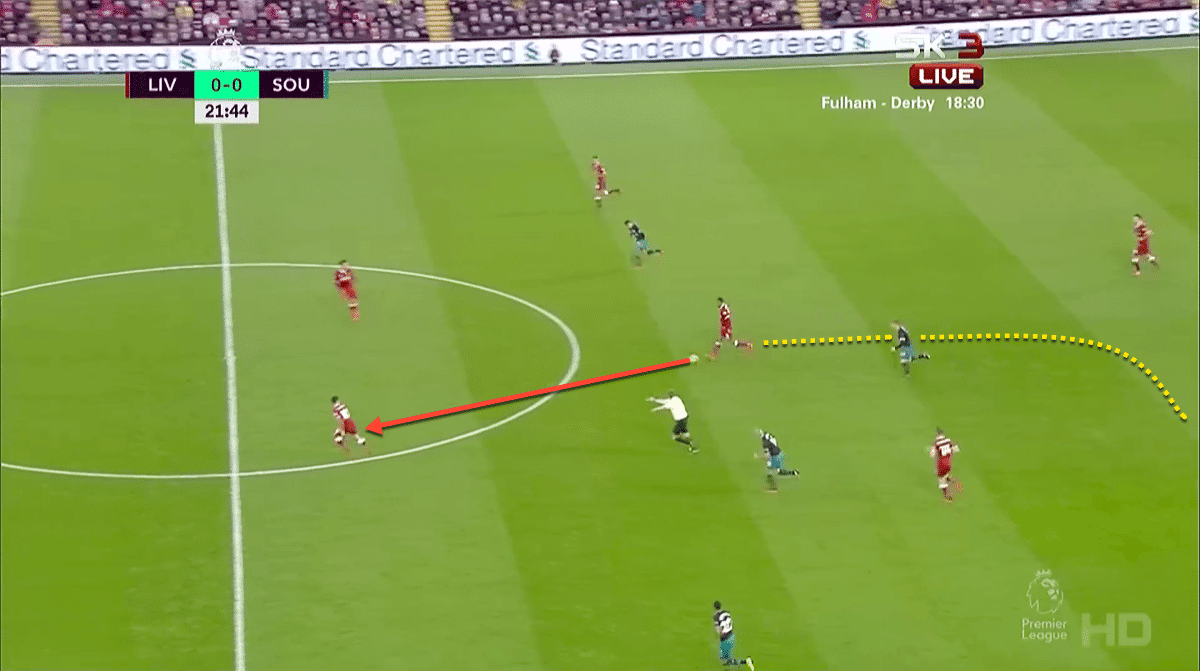 Then, as was typical of his display, he strolled forward into midfield and picked out Coutinho with a simple pass into space, allowing the Brazilian to take the ball forward into the areas where he is a threat.

Throughout his career, Wijnaldum has been the kind of box-to-box midfielder who enjoys breaking into the penalty area to finish off sweeping attacking moves, but he had to suppress those offensive instincts somewhat against Southampton; instead, when Liverpool had the ball high up the pitch, he had to position himself on the edge of the away side's defensive stricture.

From there, his task was to monitor and anticipate the progress of his side's attacking play, and sweep up behind to recycle possession and collect loose balls when Liverpool were forced back or Southampton cleared their lines. 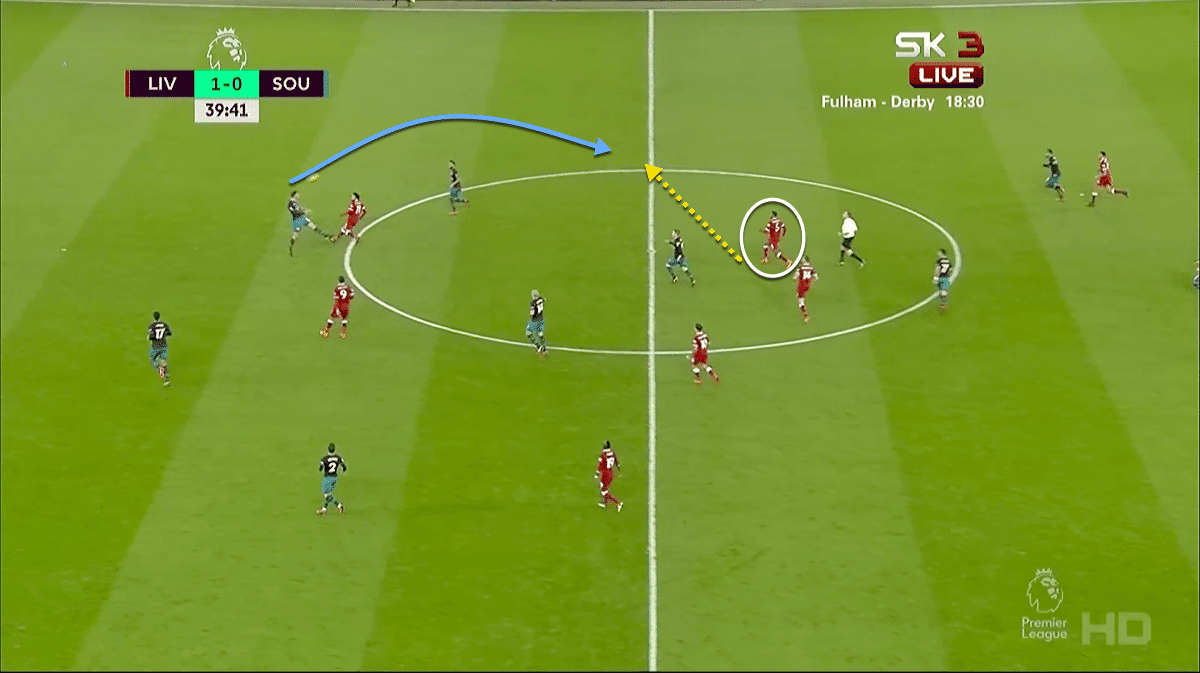 We see an example of this in the above image. Wijnaldum (circled), has positioned himself on the edge of Southampton's defensive structure. As Saints centre-back Wesley Hoedt makes a headed clearance, the Liverpool No.5 is already moving into the space where he expects the ball to drop. 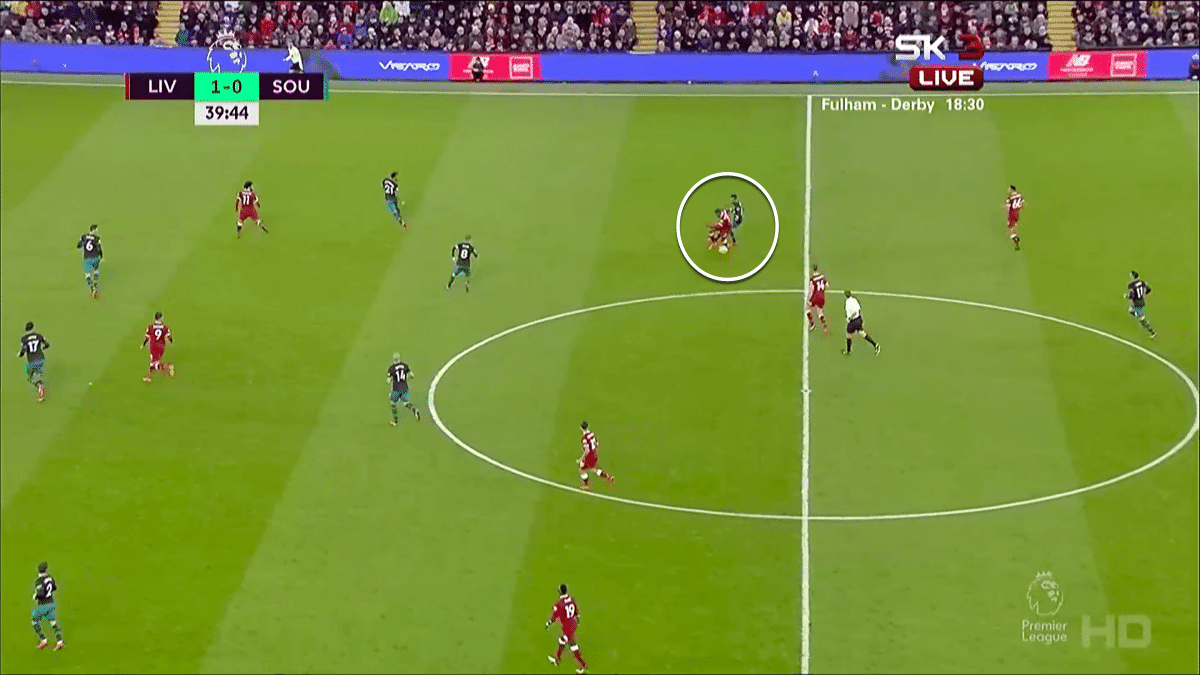 Wijnaldum then skilfully uses his body to protect the ball from an opponent's challenge in the middle of the park, ensuring Liverpool maintain possession and are able to reconstruct an attack. 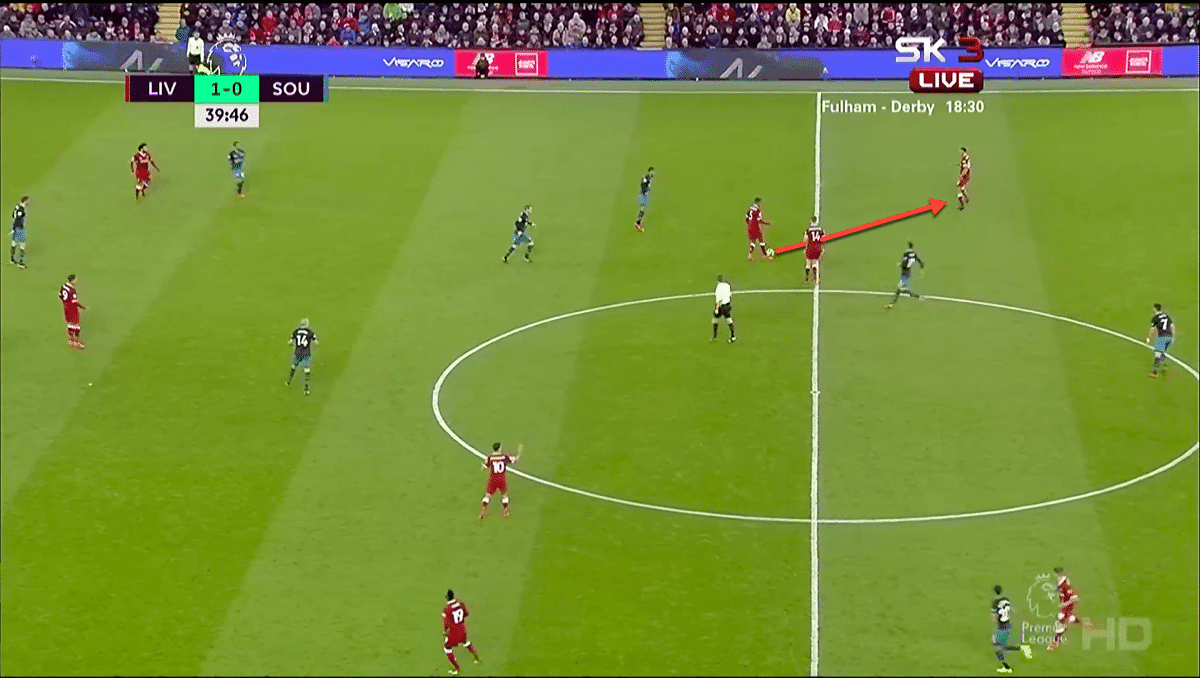 Once the challenge is seen off and Southampton have fallen back into their full defensive shape, he plays a simple pass wide to keep the ball moving and set Liverpool off toward building another offensive move.

It's easy to forget that, when they signed him from Newcastle in the summer of 2016, Liverpool had to fork out £25million for Wijnaldum, making the Dutchman the sixth most expensive signing in the club's history at the time – Salah's £37million acquisition from Roma has since pushed him down to seventh.

His hopes of a regular starting berth from next season onward might be slim, but Wijnaldum has enough in his locker to remain important to Liverpool.