The current Liverpool squad is the best the club has ever assembled during the Premier League era but the Reds lack real depth in one key area: attack.

Beyond the front free of Roberto Firmino, Mohamed Salah and Sadio Mané, the options for manager Jürgen Klopp are limited at best.

Daniel Sturridge has been left behind, with the team now looking completely different to the one he joined in 2013. He is believed to be leaving Anfield when his deal comes to an end at the end of the current campaign.

Divock Origi has shown signs that he could be a handy squad player but the drop off between the starting forwards and the Belgian is too much to overlook. If he was to stand in for one of them for a sustained period of time then Liverpool would suffer for it.

Xherdan Shaqiri looked good initially but has rarely been seen since the turn of the year. Rhian Brewster is a fantastic prospect but as things stand if he was to replace, say, Firmino the Reds would struggle.

However, if reports are to be believed, Liverpool are in the market for attacking reinforcements this summer.

Timo Werner has been named as a potential transfer target and the RB Leipzig forward is, at least on paper, perfect for Klopp's system.

But he's one of the few pure strikers to be linked with a move to Anfield. The rest are wide forwards and would have to have a similar sort of profile to Mané and Salah. It's no easy feat.

With this in mind, we've taken a detailed look at four wide forwards linked with the Premier League leaders over recent weeks. 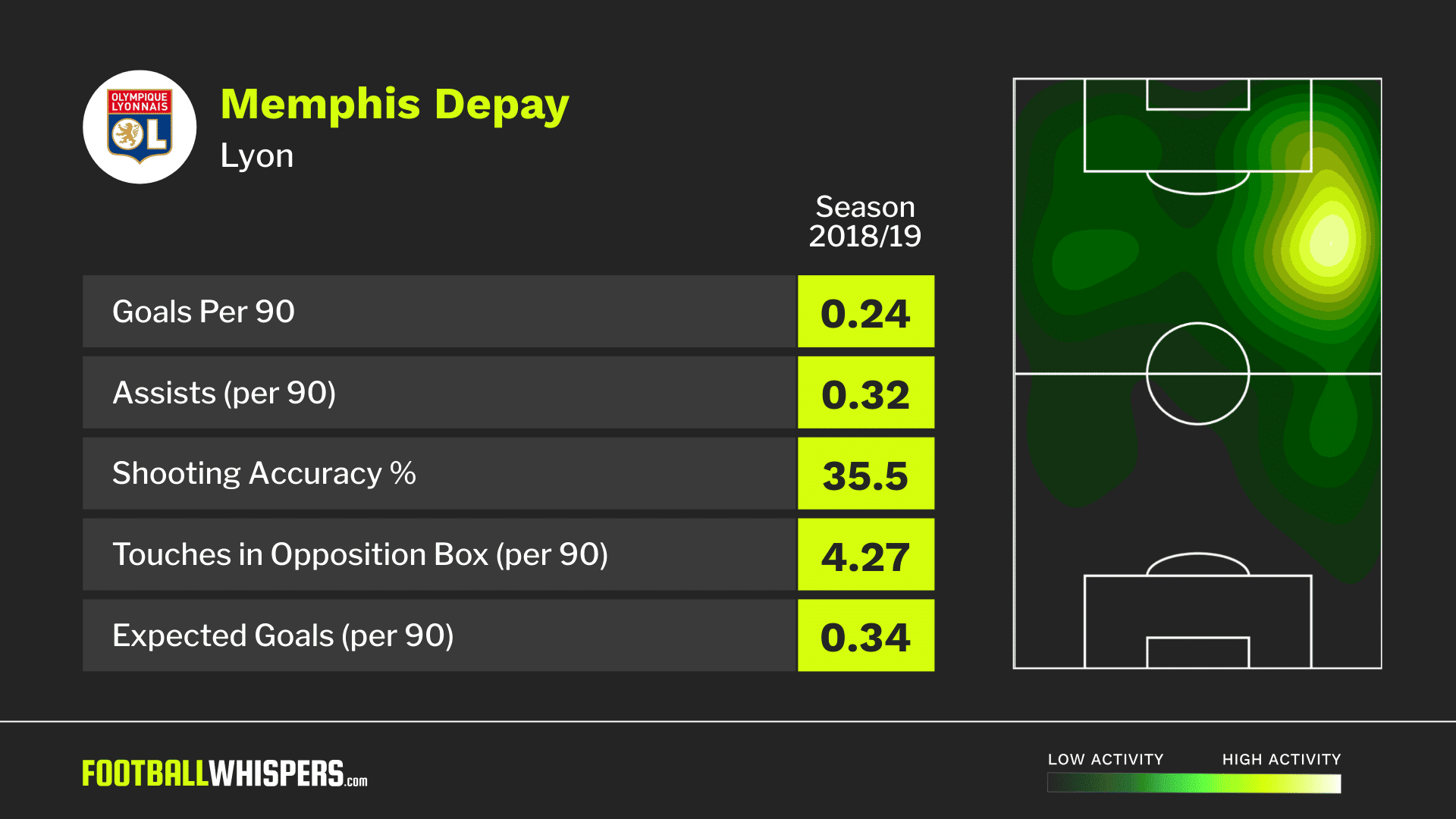 The Lyon man would bring versatility and experience to the squad. The former Manchester United forward has matured while playing in France and has netted 30 goals in 80 appearances for Bruno Genesio's men.

Last season was his most prolific since his 22-goal showing for PSV during the 2014/15 campaign. The Dutchman found the back of the net on 19 occasions in the French top flight and showcased just how flexible he was by playing across the front line.

Depay has already hinted at wanting to move away from the Parc Olympique Lyonnais. According to reports, a fee in the region of £50million would be required to land him.

At 25, he does fit the Liverpool profile but is there better value for money out there?

The 23-year-old has exploded for surprise package Lille this season. With 19 goals and 11 assists in Ligue 1 this term, only Kylian Mbappé has been involved in more goals.

Deployed on the right, Pépé has that Arjen Robben vibe. Teams know exactly what he's going to do but they're powerless to stop him. He cuts infield from that right flank and scores a variety of goals with his trusty left foot. 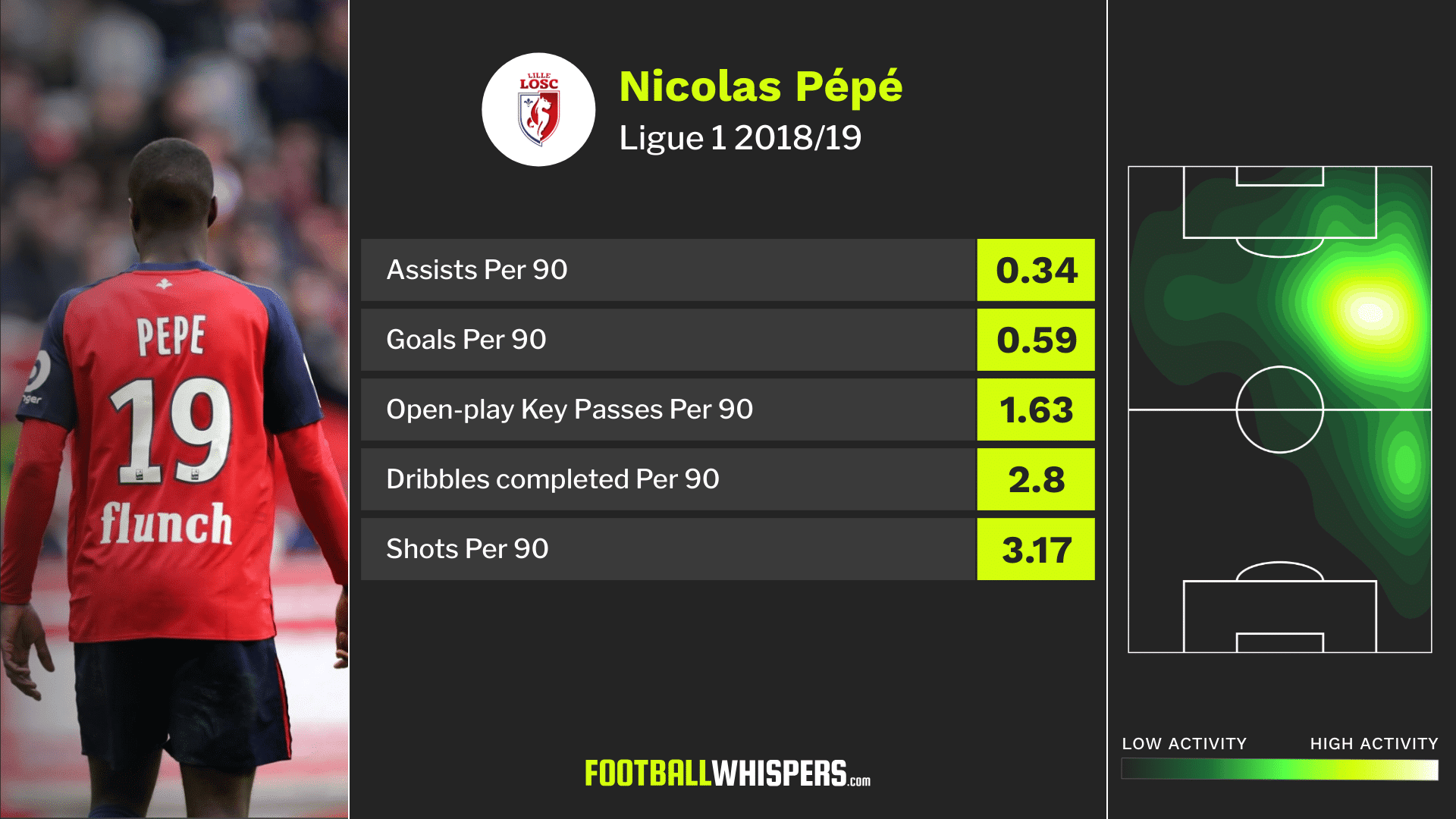 All of his strikes this season have come from inside the penalty area. Not only is he a goalscorer, but he's also a creator, as highlighted by his assists per 90 stat and his open-play key passes average.

Bayern Munich are believed to be keen, with reports claiming an €80million agreement is already in place.

While Pépé has everything needed to be an elite wide forward in the modern game, Liverpool have a certain Salah currently playing in his role. And even if the No.11 was deployed centrally, they'd both take up similar positions.

The Brazilian was the man-of-the-moment for Ajax in the first leg of their Champions League quarter-final success over Juventus.

His sublime curled effort from the left flank left made Wojciech Szczęsny look like a goalkeeper on FIFA, diving after the ball after it's already hit the back of the net.

He's been linked to Liverpool and Everton over the last week and if his fine 2018/19 form continues then it'll be hard for Ajax to keep hold of him.

Dutch outlets claim the Samba star could be available for £35million, pocket change for most Premier League sides. He could be the ideal understudy to Mané. 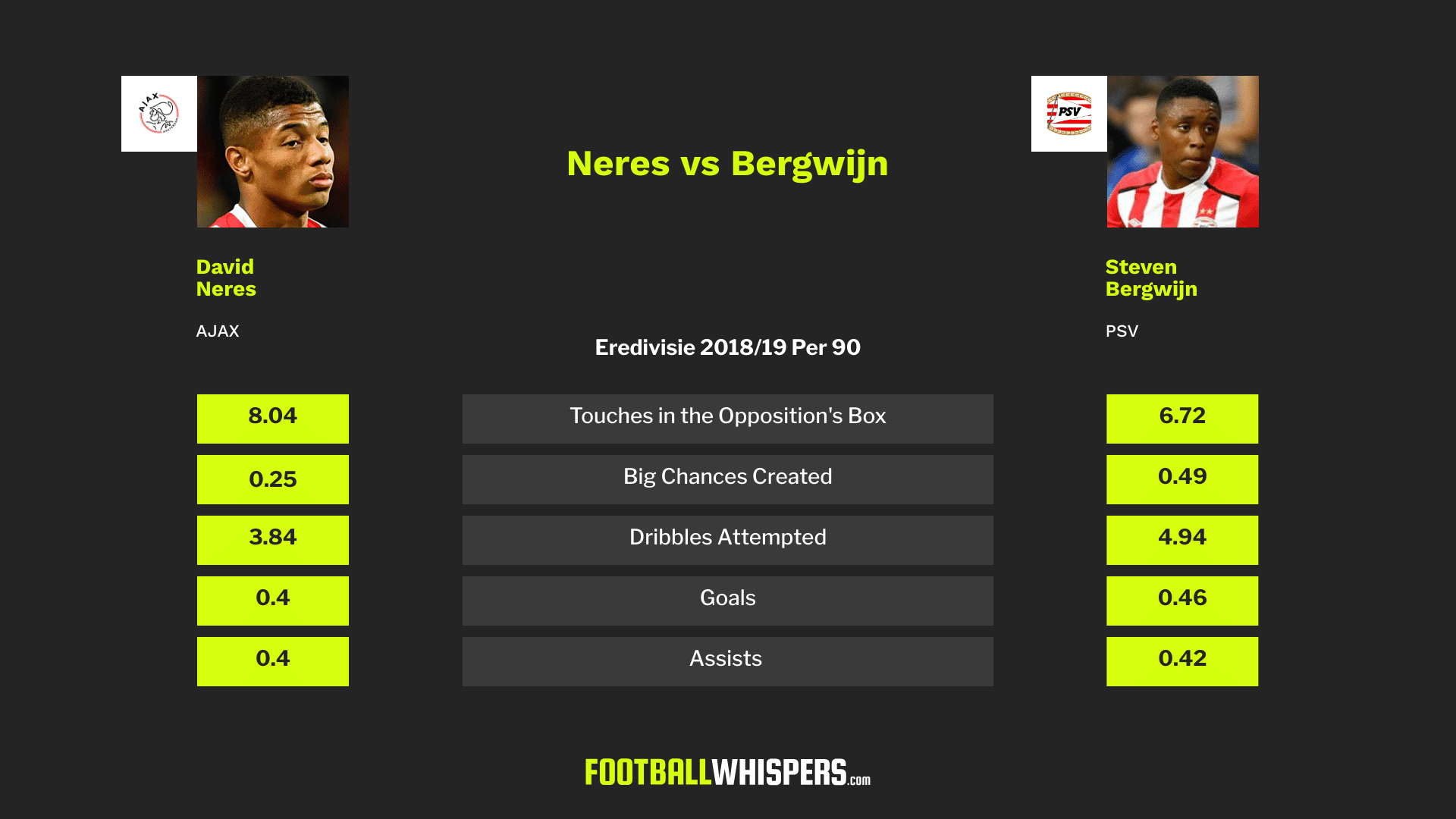 The Dutch starlet has been on Liverpool's radar for close to a year if reports are accurate. Last summer, he was mentioned as a possible alternative to Ousmane Dembélé when the World Cup winner was linked with a move to Anfield.

Since then, the 21-year-old has taken his game to a whole other level. He's one of seven players who has managed to score ten or more goals and assist ten or more times this season domestically.

He's struck 12 in the Eredivisie and chipped in with 11 assists giving him an average of 0.86 goal involvements on a per 90 minute basis this season. He's at the perfect age to be crafted into something really special, and Klopp is the ideal coach to develop him.

The PSV man is reportedly available for as little as £30million this summer. A potential bargain for one club.