Zlatan Ibrahimovic turns 40 next year and the Swedish striker isn't contemplating retiring anytime soon. Currently enjoying his third stint at AC Milan, Ibrahimovic is proving that age is simply a number as he top scores in Serie A ahead of the likes of Cristiano Ronaldo and Romelu Lukaku with 10-goals.

Strikers are always judged by their goals and Ibrahimovic has a record better than 1 goal in every 2 games, yet the enigmatic Swede has never truly received the adulation he deserves. In an era when the names Messi and Ronaldo have dominated discussions as to who is the best forward in the world, the name Ibrahimovic has often been pushed to one side. Zlatan has been nominated for the Ballon d'Or 11-times in his career, yet he has never finished higher in the voting than 4th in 2013. For what he has achieved, and is still achieving, in his career, surely Ibramhimovic deserves to be considered as one of the greatest forwards of his generation alongside the likes of Messi and Ronaldo.

We're going to take a look at the career, so far, of the super-talented Swedish goal-machine and explain why his name deserves to be up there alongside Messi and Ronaldo, and give our theory as to why it isn't.

Zlatan Ibrahimovic has played four 9 different clubs in his career so far and has scored plenty of goals at each one of them. His career began in his native country of Sweden with Malmo in 1999, where, as a teenager, he scored 18-goals in 47 appearances in all competitions. Zlatan's next move was to Ajax where he really made a name for himself. The Swedish striker spent 4-seasons with the Dutch giants, scoring 48-goals in 110 matches. Ibrahimovic's next move was to Serie A with Juventus, featuring 92 times in two seasons and scoring 26-goals.

Zlatan remained in Italy for a further three campaigns with Inter Milan, scoring 66-goals in 117 games and then made the move to Barcelona. His time at the Catalonians was short but impressive, scoring 22-goals in 46 appearances before going on-loan to AC Milan for the remainder of the 2010/11 season. Ibrahimovic did really well during that loan spell, netting 21-goals in 41 appearances and then signed for the club permanently the following campaign. The 2011/12 season saw Ibramhimovic net 35-goals in just 44 appearances for AC Milan and earned him a lucrative move to Ligue 1 giants, PSG. 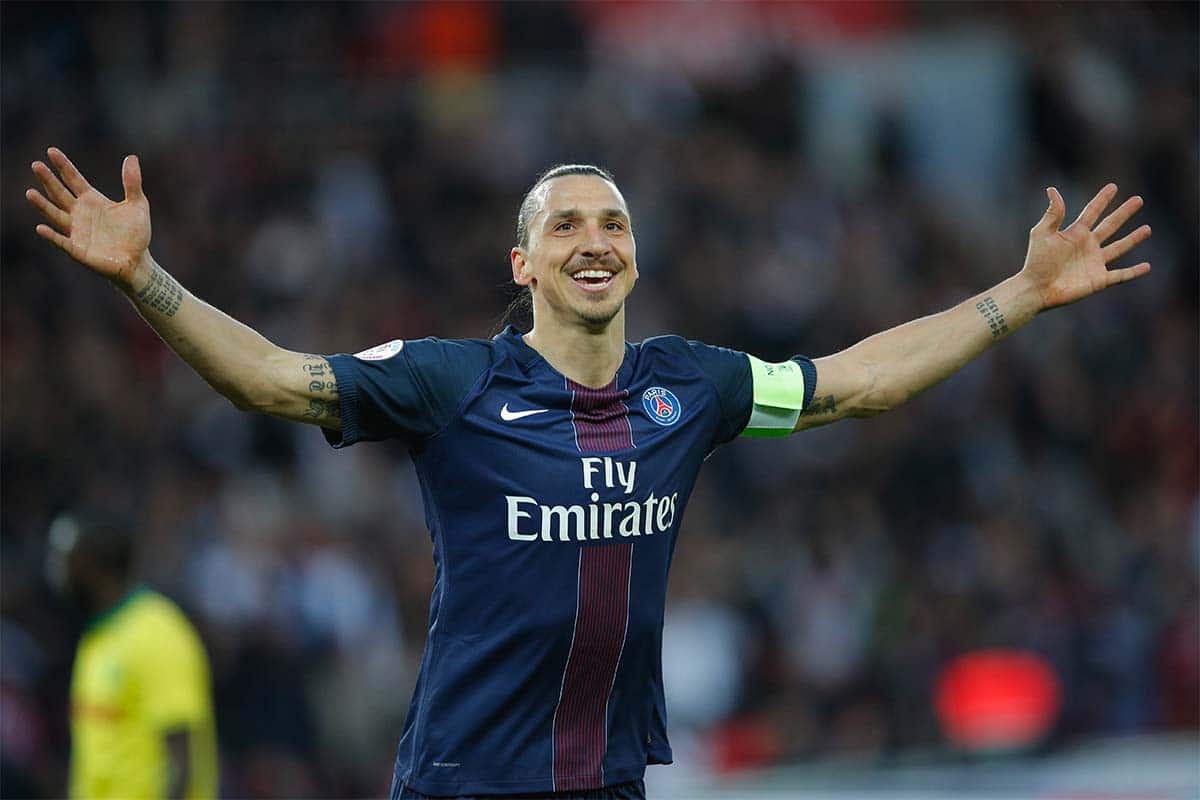 Ibrahimovic took Ligue 1 by storm, scoring 156-goals in 180 matches for PSG, and in his final season, he notched an amazing 50-goals in 51 appearances for the club, his personal best goal scoring season to date. In 2016 the ageing Swede made a move to the Premier League with Manchester United where many thought he would struggle. Instead, Ibrahimovic netted 29-goals in 53 games and was adored by the United faithful. Zlatan looked to be winding down his career when he made the move to the MLS in 2018. The 6'5″ forward scored 53-goals in 58 matches for LA Galaxy before making his third move to AC Milan in 2019. Ibrahimovic has so far only played 30 games for his current employers but has already notched 22-goals. 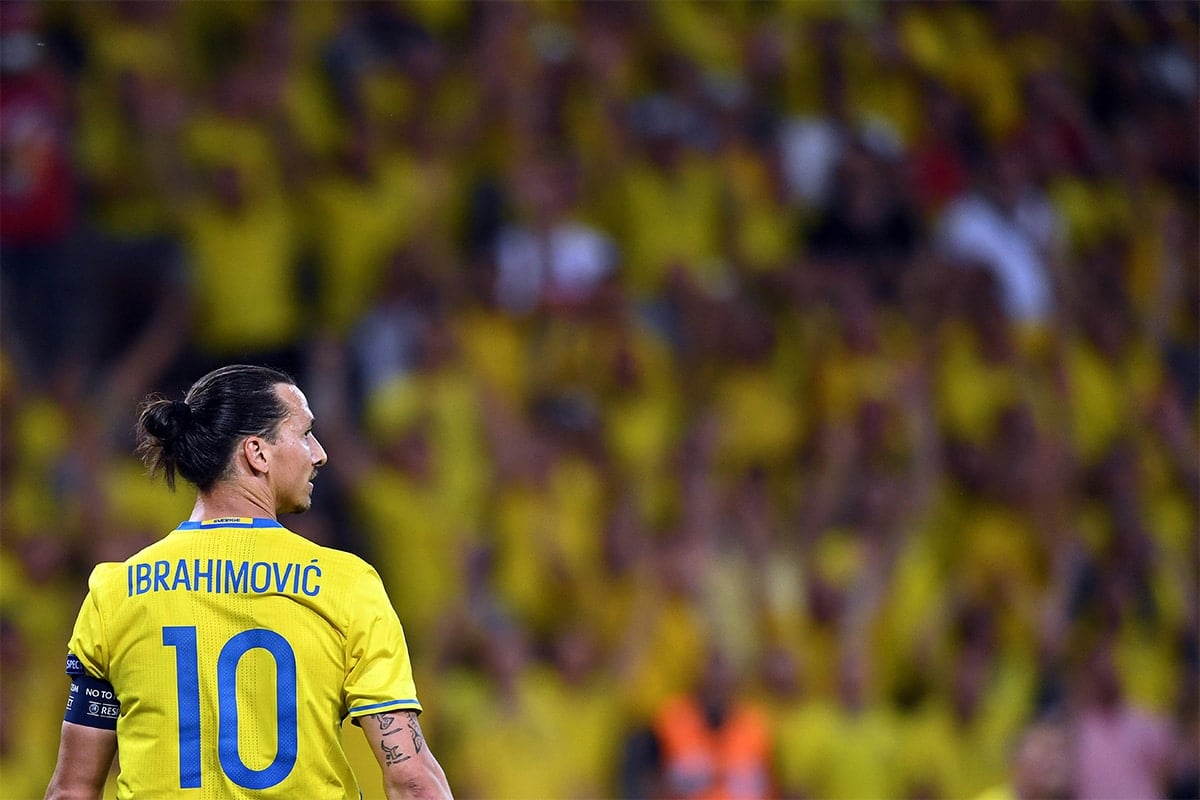 Ibrahimovic made his senior international debut for Sweden in 2001 and continued to play for his country all the way through to 2016. Zlatan earned 116 caps for Sweden and scored an impressive 62-goals, making him the joint-seventh highest capped player, alongside Roland Nilsson, and the country's top scorer, 13-goals ahead of Sven Rydell.

One of Zlatan's biggest disappointments will surely be that he has never scored at a World Cup, but he might get one last chance to put that right. The Swedish icon had hoped to come out of international retirement and play in the 2018 Wolrd Cup only for then manager, Janne Andersson to decide not to call up the striker. Ibrahimovic has scored 6-goals at the European Championships for Sweden and despite not putting on the famous yellow shirt since 2016, speculation over a possible return to the national team never seems to go away.

If Zlatan Ibrahimovic had a middle name then surely it would be ‘controversial'. To this day, Ibrahimovic isn't shy when it comes to giving his opinion, making fun of other players, bigging himself up and of course, referring to himself in the third person. There are, it seems, endless examples of Ibrahimovic's controversial side and we're going to do our best to nitpick some of the most infamous.

In 2008 whilst on international duty, Zlatan broke curfew days before a Euro qualifier against Liechtenstein to go to a local club with a couple of teammates. Then manager, Lars Lagerback sent all three players home, meaning they missed the match entirely, to which Ibrahimovic took offence and decided not to play in Sweden's next two qualifiers as well. When Sweden failed to qualify for the 2014 World Cup, Ibrahimovic stated after the game that “One thing is for sure, a World Cup without me is nothing to watch”. On his thoughts about fellow footballer John Carew, Ibrahimovic stats that “what Carew does with a football, I can do with an orange”. 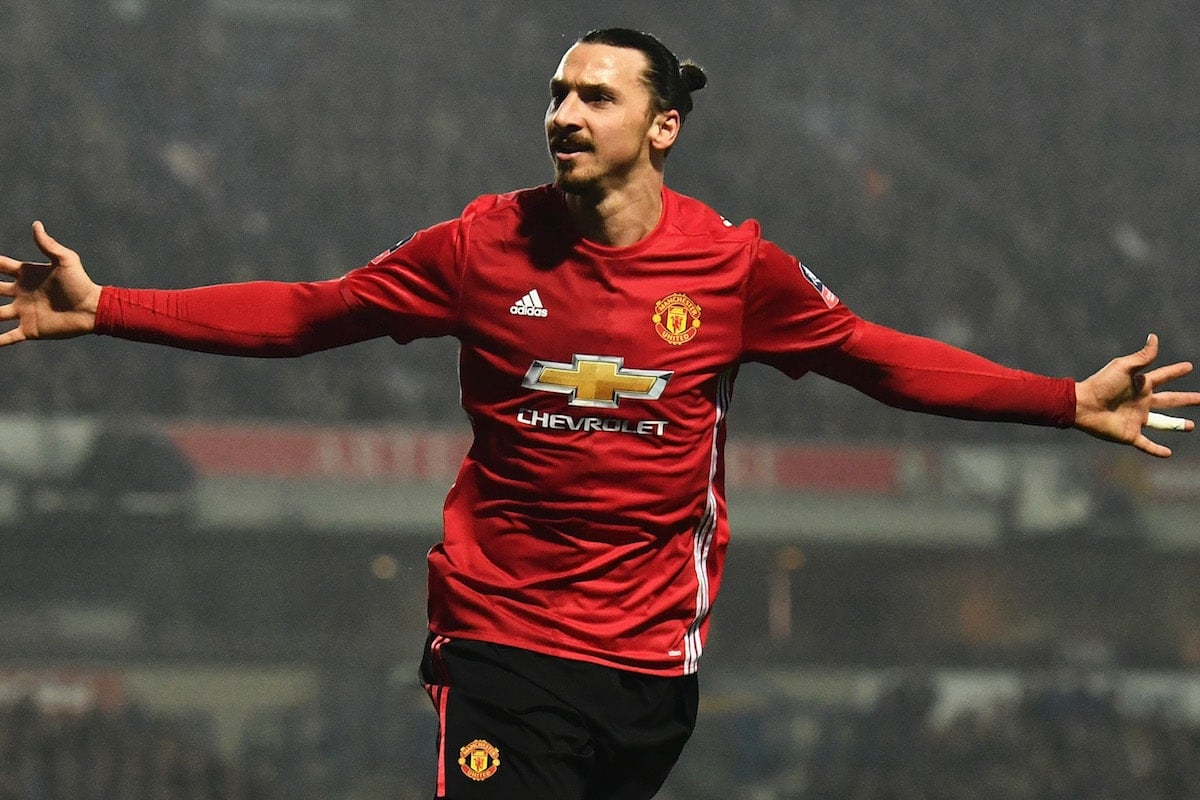 In 2019, Ibrahimovic announced that he had bought shares in Swedish side Hammarby, one of his former club's, Malmo, rivals. Fans of Malmo, who had previously adored the Swede, took to the streets and defaced a statue of the player, so much so that it was taken down. Ibrahimovic himself is known for having a fiery temper at times and has been involved in a number of violent incidents. In 2004, whilst playing for Sweden against the Netherlands, Ibrahimovic threatened to break both the legs of Ajax teammate, van der Vaart, after the Dutch midfielder had complained about a tackle Zlatan made on him during the friendly. Also during his time at Ajax, teammate Mido hurled a pair of scissors at the Swedish striker to which Ibrahimovic returned the favour with a punch.

Ibrahimovic's short spell at Barcelona was due to a row he had with then-manager Pep Guardiola which lead to the forward being loaned out to AC Milan. Barcelona's vice-president admitted that Zlatan had threatened to beat up Guardiola if he wasn't allowed to move to the Serie A club. Whilst at AC Milan, Ibrahimovic was banned for slapping an opposing player and kicking teammate Antonio Cassano in the head, and in his early days at PSG he was accused of stamping on Dejan Lovren's head during a game against Lyon.

Clearly, Ibrahimovic has achieved more in his career than most players ever will. He continues to score goals and perform at the highest level of club football despite approaching the age of 40. However, his antics both on and off the pitch, his public comments and attitudes have cost him acclaim. Although a lot of his comments are tongue in cheek, Ibrahimovic doesn't conduct himself in the same professional manner as Messi and Ronaldo, but this is also something we should respect about the man.

His temper and tendency for violence cannot be defended, but the fact he does speak his mind shouldn't be punished. The sad fact is that if Zlatan had been less ‘Zlatan-like' then he would surely have claimed at least one Ballon d'Or by now, but you get the impression that he doesn't care either way. It would be hard to argue that Ibrahimovic was better than either Ronaldo or Messi, though the player himself would probably insist he is, he does deserve to be mentioned in the same bracket for purely footballing reasons.

Recently we witnessed the passing of a football legend in Diego Maradona, who despite being possibly the most controversial footballer of all time, is still regarded as one of the best to ever play the game.