At the start of most seasons, there’s a team who has a bad start but who are actually just unlucky.

Last season it was Crystal Palace and their failure to even score until October. This time around, West Ham United are at the bottom of the tree, despite having brought in a new manager and a raft of new players.

Are they the new Crystal Palace? There’s a one-word answer, and it’s not the one that Manuel Pellegrini would want to hear.

Very worrying is the gap between two different expected goals models for chances that they concede. 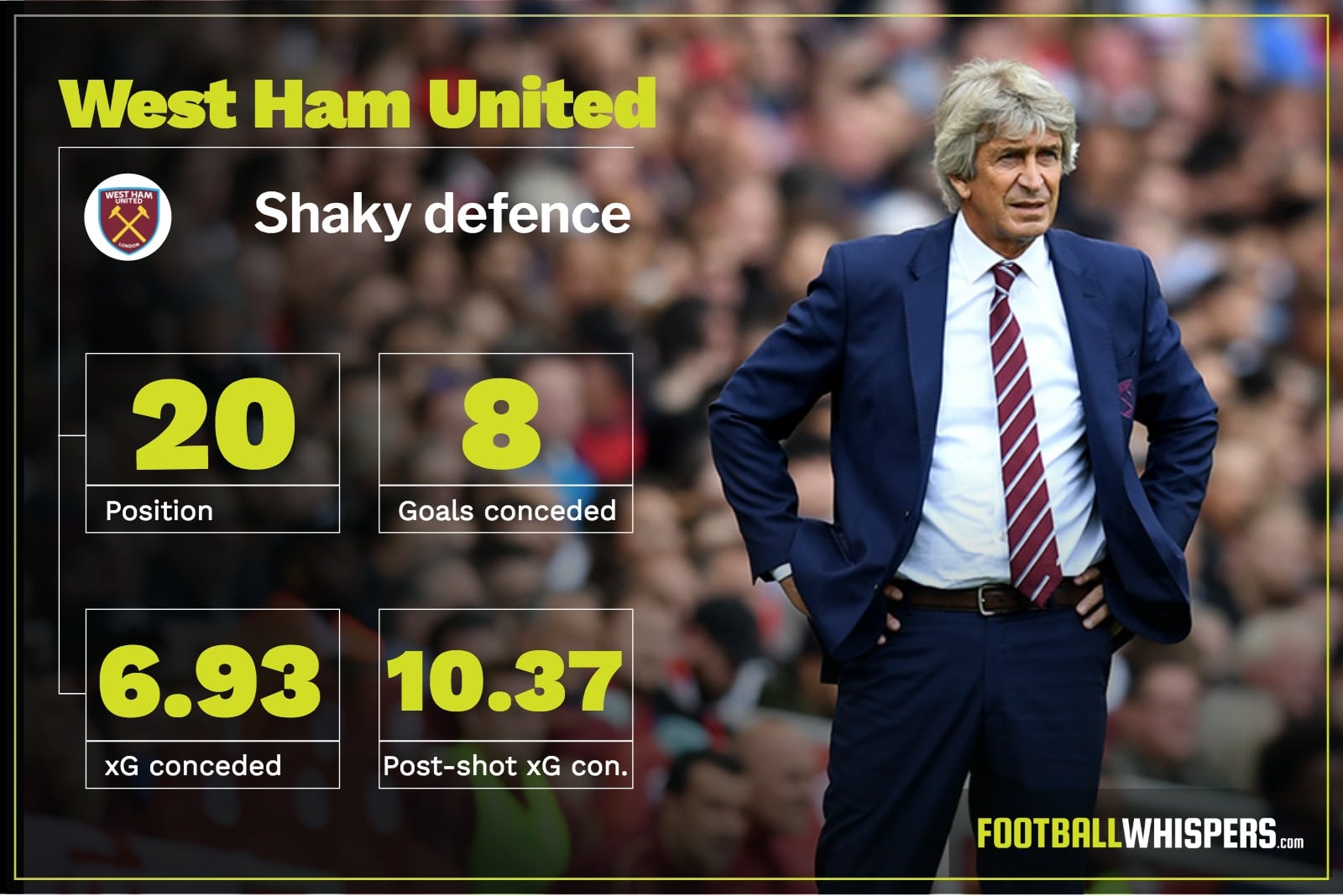 The normal xG model looks at all shots, but there’s a post-shot expected goals model that also takes into account shot placement.

The Football Whispers pre-shot model says that the chances West Ham have conceded so far have been worth 6.93 expected goals. On the post-shot model, the value shoots up to 10.37.

It’s statistical support for what everyone can see – West Ham are easy to carve apart.

There are a couple of possible reasons for big differences in pre- and post-shot expected goals models like this.

One of them is finishing skill, if a player or team has unerringly good technique for finding the corners.

The other is if the chances they’re getting are significantly better than the pre-shot model thinks, usually meaning that players have more space and time to shoot. Which usually means that defensive players who should be there aren’t.

Who would have guessed that a midfield duo of Jack Wilshere and Mark Noble would lead to this, eh?

Even more worryingly, these problems were as present against Bournemouth as they were against Liverpool and Arsenal. The Hammers created 0.48 expected goals, according to Football Whispers’ model, versus Bournemouth’s 1.47. A reminder: West Ham were at home in that game.

A year ago, it was Palace fans who were fretting, but could be comforted by the underlying statistics. This year, the worry is warranted at West Ham, and Manuel Pellegrini might need to pull off something special to get his team looking good.