Perhaps the defining characteristic of an underrated footballer is their ability to operate under the radar; beneath the spotlight; in the background. Generally, these players perform a vital function within the team, but remain unseen. They are intelligent, aware and disciplined, understated and understanding of their role and its limits.

Michail Antonio is not one of these players. He’s attack-minded, revels with space to exploit, likes to get forward, finds the back of the net on a fairly regular basis, and plays with a refreshing exuberance.

Nonetheless, he is underrated. In this respect, he defies convention—he is at once obvious, eminently visible but does not garner widespread attention. When Andy Carroll left onlookers incredulous with an unstoppable bicycle kick goal against Crystal Palace, few noted that Antonio had set the effort up with an accurate left-footed cross.

Here we look at why, despite one-and-a-half seasons of good form with West Ham and a call-up to the England national team, Antonio remains one of the most underappreciated players in the Premier League.

One of Antonio’s most valuable traits is his versatility. When it comes to filling in a variety of different positions in vastly divergent areas of the pitch, few can rival the 26-year-old. He has, over the course of his time with West Ham, played on both wings in multiple roles, as well as up front alone or as one half of a strike duet. 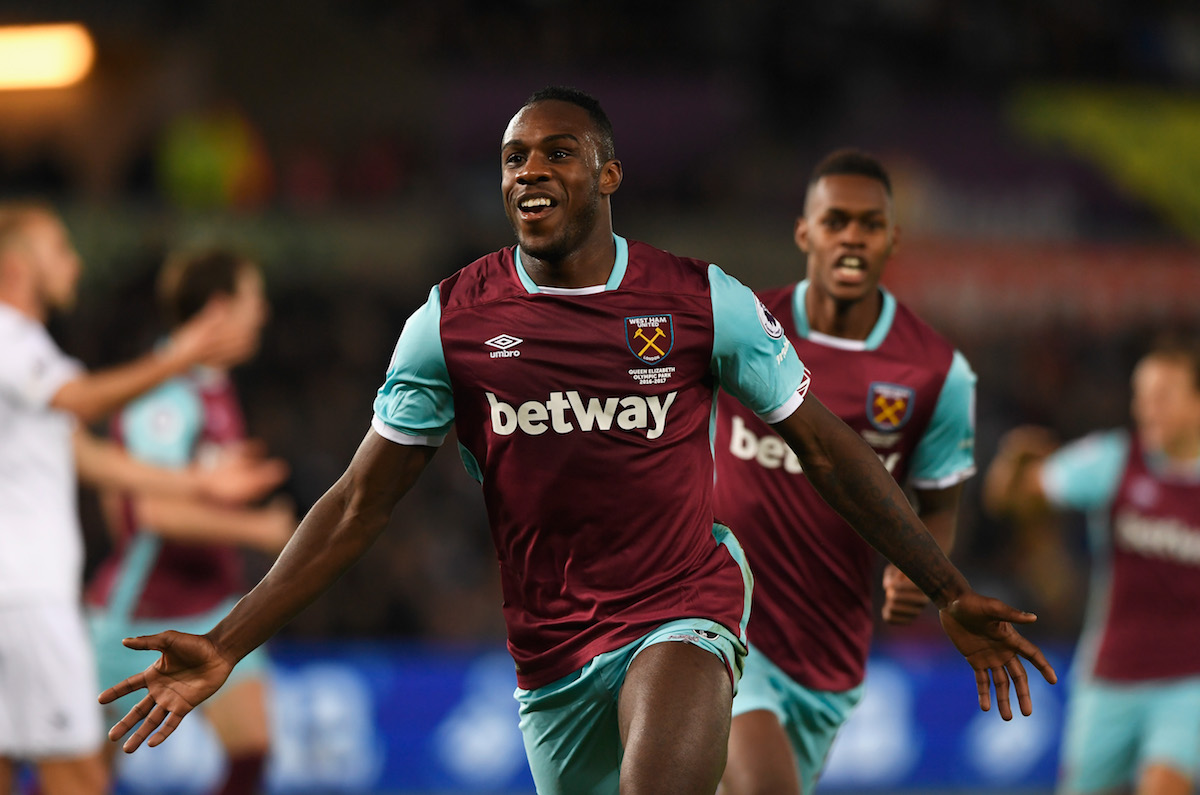 But versatility can be just as much a curse as it can be a gift.

When pressed to name the player’s best position, West Ham manager Slaven Bilic focused on Antonio’s ability to fill in a number of positions. “He is very versatile and that is why we got him,” the Hammers boss told the press in December.

“Some people ask, ‘why are you putting him there and there and there?’ But it’s for the team. He is either playing on the side or up front. I would say centre-forward [is his best position] because he scores a goal but then again he is very good on the wing. If we play three at the back, he can play right wing-back especially in a team that is attacking.”

Yet, while Bilic evidently appreciates versatility, his use of Antonio could have led some to the conclusion that the player is no more than a utility man to fill gaps when necessary.

Bilic’s love of Antonio’s versatility has also led to him utilising the player at right-back on a number of occasions over the last two seasons. Unfortunately, this is one role that Antonio has struggled in, and his manager seems to acknowledge this.

“He doesn’t like to play right-back but he has the ability to do it,” Bilic said before adding that: “You have to keep him close to the box when we have the ball because his stats are unbelievable.” 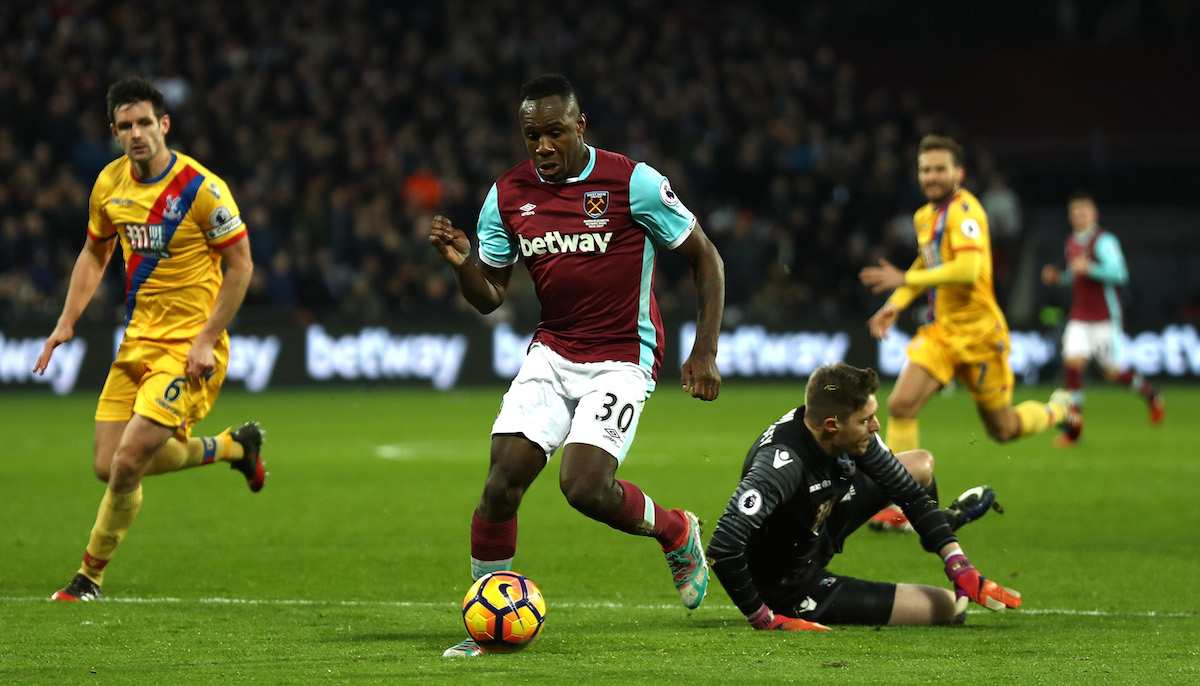 Defensively he has made more tackles than any of his attacking team-mates, averaging 1.2 per game. Meanwhile, offensively only Dimitri Payet (prior to his departure for Marseille) completed more than Antonio’s 2.5 dribbles and 2.6 shots per game.

Furthermore, Antonio has averaged one key pass per game, a rate only bettered by Payet, Robert Snodgrass, Manuel Lanzini and Gokhan Tore (and Snodgrass and Tore have spent considerably less time on the pitch for West Ham).

On the basis of those numbers, Antonio’s attacking importance is real. However, some still can’t shake the performance he put in against Chelsea as a right-back earlier this season.

In that game, Antonio was targeted by the Premier League leaders, conceded a penalty and picked up a yellow card before being substituted on 52 minutes.

Antonio doesn’t shy away from the defensive fragilities that were so openly exploited against Chelsea. In fact, last summer he stated his desire to nail down a regular place further up the pitch, where he feels he belongs.

“I’ve never thought or dreamt that I could actually be played as a defender,” he told FourFourTwo in an interview last year. “I’m hoping that I can be back in my right position because that's where I've played my whole life.” 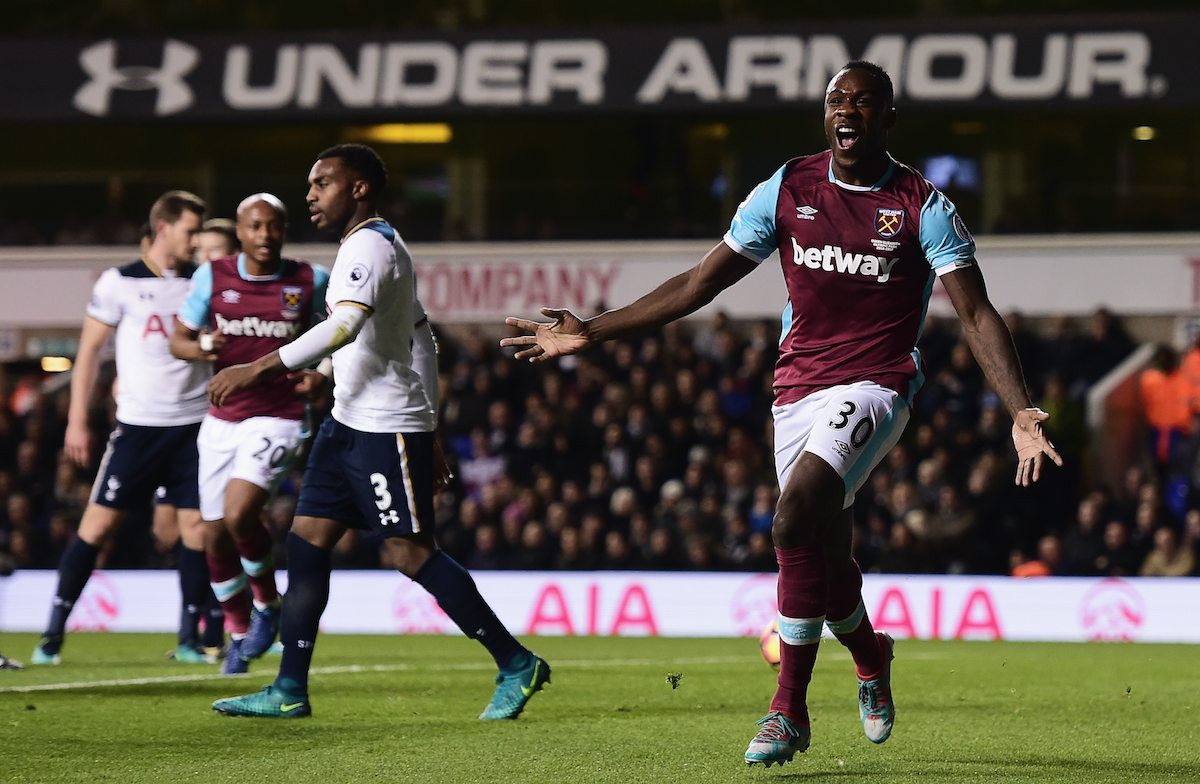 He has a point, for while he may not possess the tactical understanding or basic defensive fundamentals to operate in the back line, he does bring a variety of qualities to his team’s play in the attacking third.

Due to his imposing physical presence, Antonio is able to offer an aerial threat in and around the opposition penalty area, getting on the end of crosses into the box. He is also strong enough to hold up the ball and wait for team-mates to join him in attacks. On the wing, his acceleration and deceptive speed, combined with his aforementioned strength, makes him extremely difficult to stop when in full flight.

Hence, while he isn’t technically the most adept, he is an effective dribbler. On top of all that, with eight goals to his name this term he is West Ham’s top scorer.

Antonio’s lack of specialism means he brings a number of possibilities offensively, but at the same time it means he lacks definition. It’s hard to sum up briefly what type of player he is, and the usual tactical terms – poacher, target man, orthodox winger – do not apply.

Another reason for the overlooking of Antonio’s discussed good performances and attacking potential has been the type of player operating alongside him. 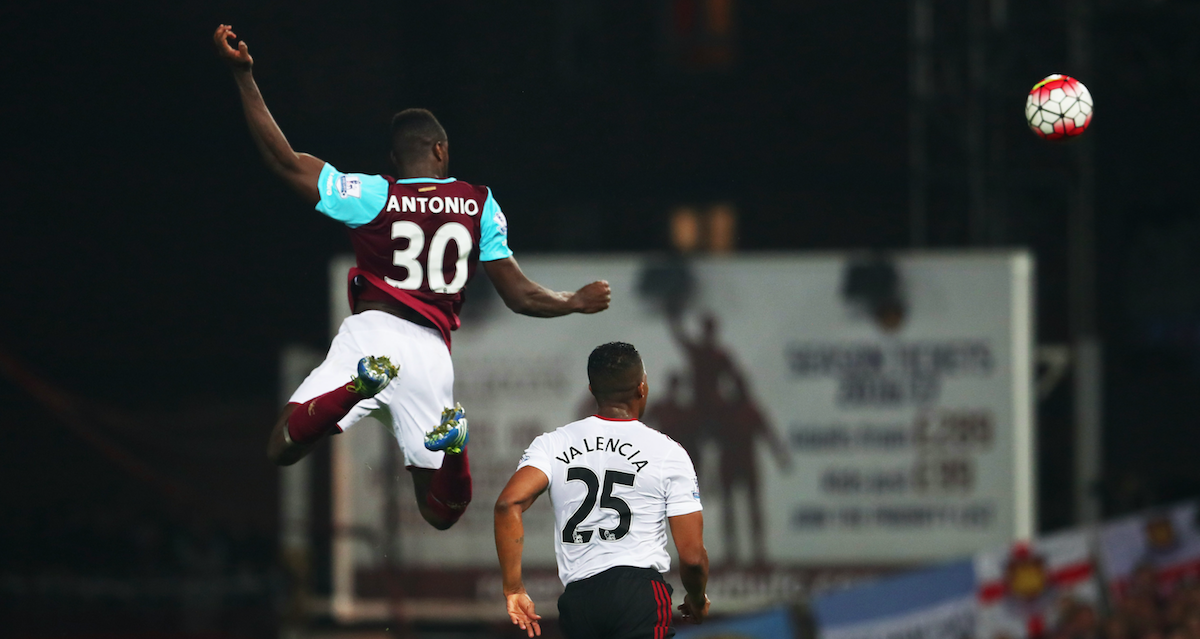 A £7 million signing from Nottingham Forest in September 2015, Antonio has not followed the traditional route to Premier League football. He started out in non-league with Tooting and Mitcham United before joining Reading in 2008, but even at the age of 22 he was playing in League One with Sheffield Wednesday.

From there he earned promotion to the Championship and impressed with Nottingham Forest before sealing his move to West Ham, and his first crack at the top level, as a 25-year-old.

His relatively late arrival hasn’t had the same fanfare as the rise enjoyed by Jamie Vardy, and this is perhaps because he often looks out of place alongside more refined attacking midfielders alongside him.

Ignoring Payet, who at times looked superhuman during his West Ham stint, the likes of Snodgrass, Lanzini, Sofiane Feghouli and Andre Ayew possess better control and technique. They are subtle and sophisticated stylists, while Antonio is all about results. Simply put, Antonio lacks the aesthetic appeal of his peers and is perhaps penalised as a result.