There was an obvious conclusion to be drawn from Manchester United's 0-0 stalemate with Liverpool on Saturday: José Mourinho's defensive tactics sucked the spectacle out of the game and made it dull.

However, while pundits and writers alike have been quick to highlight Mourinho's lack of adventure against their rivals, Wednesday night's Champions League game away to Benfica should not follow a similar pattern.

There was method to Mourinho's cautious approach, though. Had he chosen to adopt a gung-ho approach at Anfield, it would have played into Liverpool's hands. Jürgen Klopp's Reds are devastating when games are open and stretched, and have the technicians to pick apart an exposed defence.

To pre-empt a flurry of Liverpool attacks, Mourinho chose to set United up to be tight and organised, but we can expect something different against Benfica. Or at least we should.

While United were content with sitting deep and absorbing Liverpool's pressure, it would be remiss for the Premier League side to not adopt the opposite mindset against the Portuguese champions.

But Mourinho has thought differently in the Champions League this season. In their last European game, a potentially tricky trip to CSKA Moscow, United identified a weakness in the Russians' defence.

Vasili Berezutski and Sergei Ignashevich have a combined age of 73 and, with that, Mourinho utilised Anthony Martial's pace to expose CSKA's fragilities.

Instead of sitting back and looking to spring counter-attacks, United attacked CSKA from the outset, with Romelu Lukaku outmuscling Ignashevich to head the opening goal after just four minutes.

By the 27th-minute, Martial had added a penalty and Lukaku had got his second. United were well and truly home and hosed. Adopting an attacking gameplan built on the movement of Henrikh Mkhitaryan, the pace of Martial and the clinical finishing of Lukaku, United were too much for the Russians.

With a similar approach, they can inflict similar damage on Benfica. United have never failed to score against Benfica in nine previous meetings, and there is every chance they will make it ten in a row when the sides clash at the Estádio da Luz on Wednesday night.

Benfica, managed by Rui Vitória, are a shaky unit at the back. They have only kept one clean sheet in their previous eight games in all competitions and capitulated against Basel on matchday two.

Mourinho and his coaching staff will have studied video footage of that game and it would have made for encouraging viewing. In just the second minute, their defence was carved open by one through ball from Dimitri Oberlin. Julio César was unable to deal with the danger and it led to Michael Lang sweeping home the opener.

In the screenshot below, look at the space between Benfica's defenders and how one pass effectively takes three of them out of the game. 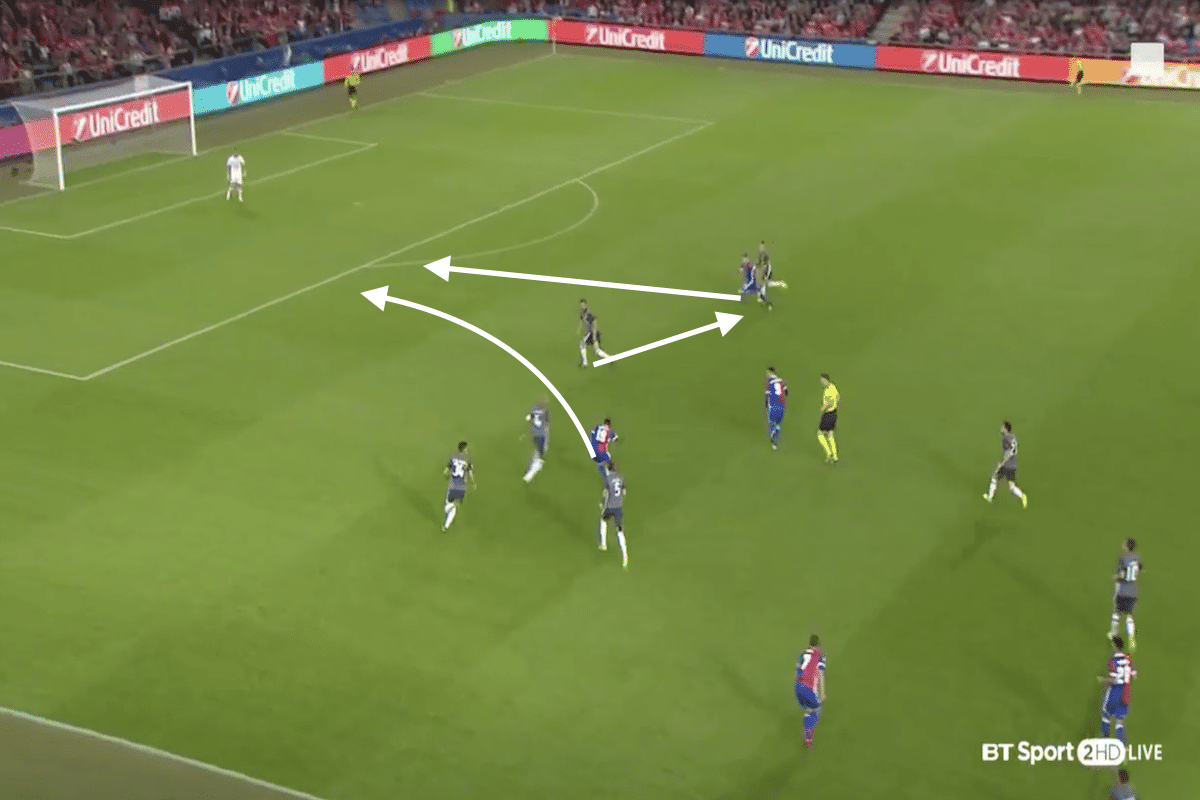 Below, both Ricky van Wolfswinkel and Lang have a ridiculous amount of space on the edge of the area. Benfica's Pizzi and Franco Servi (seen on the very right-hand side) have switched off and not tracked back, too, which hasn't helped matters. 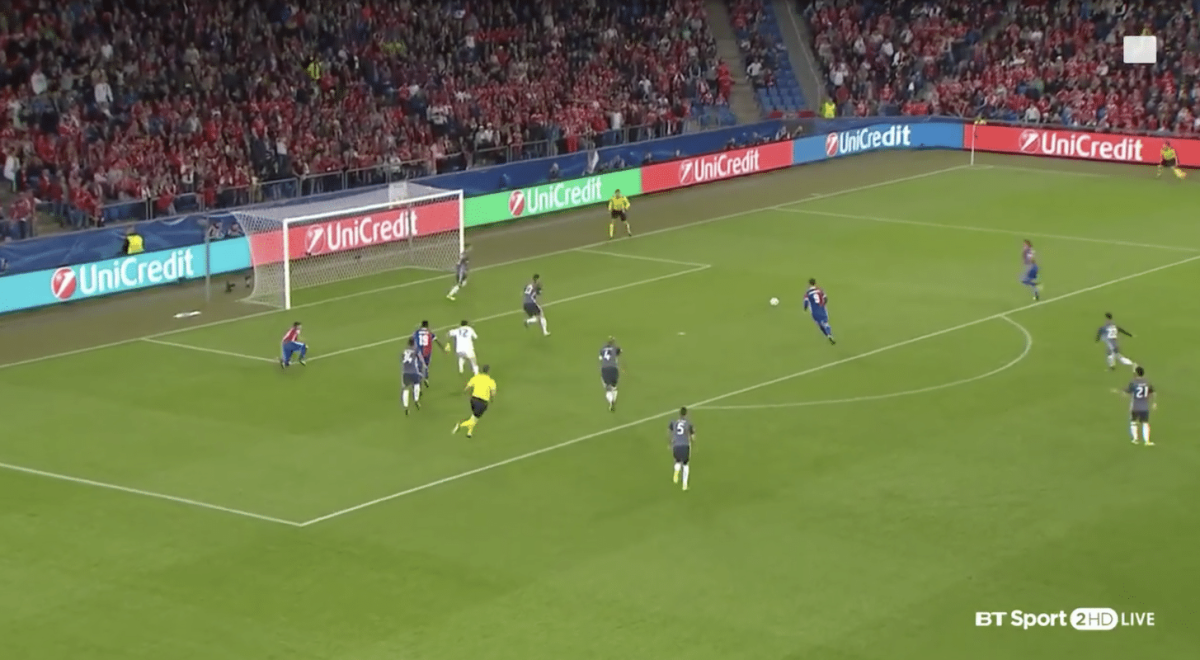 For the second, they were caught by Oberlin's pace on the counter, while the impressive 20-year-old won the penalty for the third after breezing straight past Ljubomir Fejsa before the Serbian cynically hauled him down. Oberlin grabbed his second – Basel's fourth – when he ghosted past Luisao before slotting home.

Again, as you can see below, Benfica were undone by one pass, with too much space between their last two men. Oberlin used his pace to simply pierce straight through the middle and score. 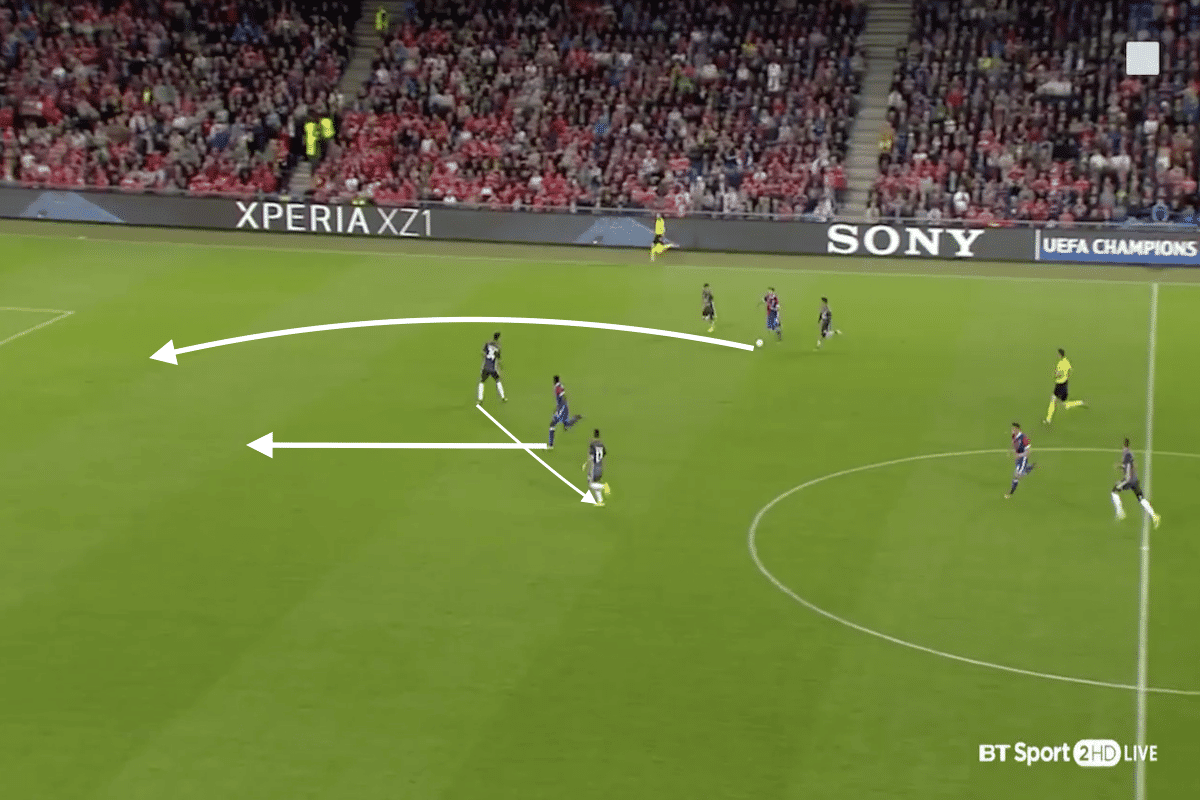 The ease with which Benfica were sliced open time and time again by a Basel side who looked toothless against United will not have gone unnoticed by Mourinho. United have the personnel to expose the weaknesses in the Benfica defence and make it three wins out of three in the Champions League.

Benfica's defence have been evidently weakened by the departures of right-back Nélson Semedo to Barcelona and Ederson to Manchester City in the summer, and it's something United can focus on.

Although Martial didn't enjoy his best game against Liverpool, Mourinho's tactical approach restricted his freedom. Against Benfica, the Frenchman, who was the Man of the Match against CSKA with a goal and two assists, should be afforded the licence to express himself and get at the Benfica defenders.

The 21-year-old should be encouraged, too, by the absence of first-choice right-back André Almeida, who is suspended after being sent off against Basel.

That means it will most likely be Douglas at right-back, brought in on loan from Barcelona in the summer. However, the 27-year-old only made his debut in the Portuguese Cup win over Olhanense at the weekend and, although he was impressive going forward, the Brazilian was constantly caught out of position.

That is certainly something United will look to target. Against CSKA, United played a 3-5-2 with Martial and Lukaku up top. Naturally, though, Martial's instincts as a winger drew him out left where he was able to be effective. Whether it's Martial on the left or through the middle or even Marcus Rashford, United have the speed, movement and direct running to hurt Benfica on that wing. The graphic below shows Martial's successful take-ons against CSKA. 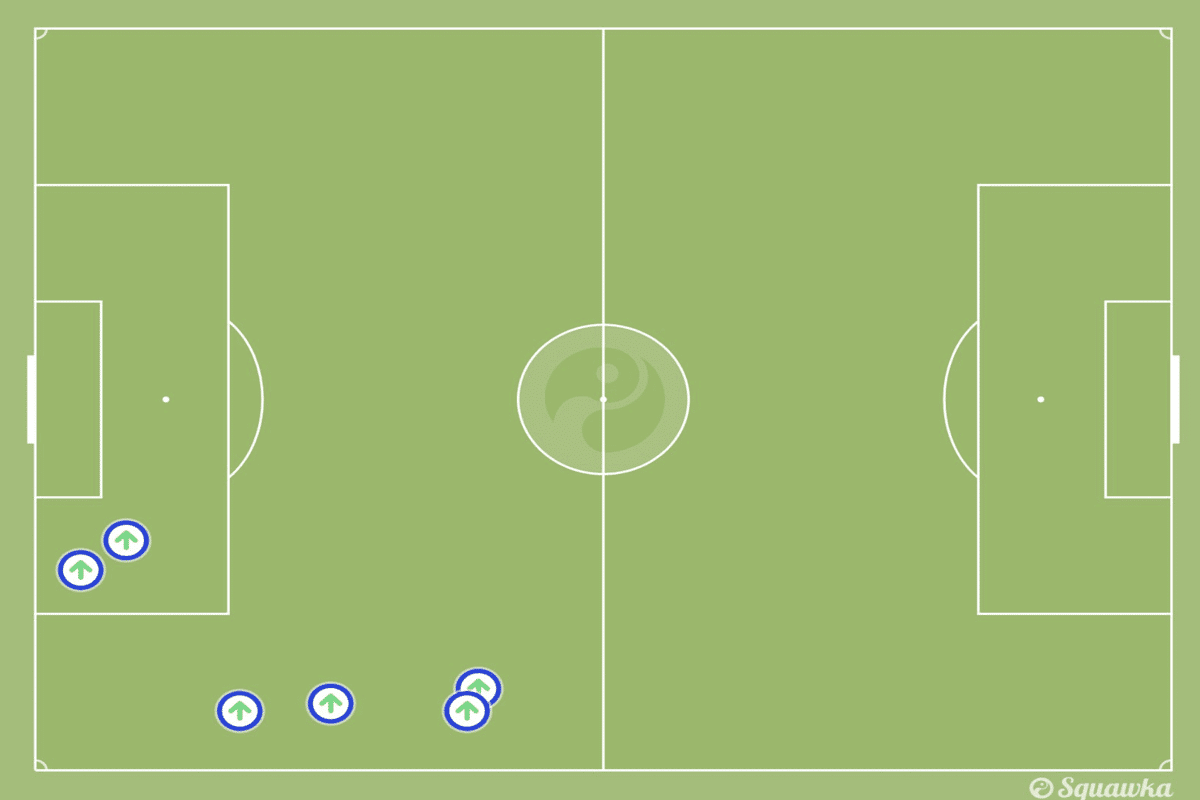 If Martial replicates the form he showed against CSKA, Benfica will be in trouble. The winger completed seven out of ten dribbles, made five key passes and, of course, was directly involved in three of United's four goals. Should the former Monaco man find his ruthless streak again, it could be vital in dismantling Benfica.

On the opposite flank, meanwhile, Benfica will be without Eliseu, their first-choice left-back, so it will be the inexperienced ex-Manchester United target Álex Grimaldo lining up to face either Rashford, Mkhitaryan or Juan Mata. The 22-year-old, who was educated at Barcelona's prestigious La Masia academy, is a modern full-back who loves to attack, something that could backfire against United.

Similarly, Lukaku – who has three Champions League goals already this season – will be confident up against Luisão, while the 36-year-old's regular partner, Jardel, is ruled out through injury.

The prognosis is bleak for Benfica and, on paper, United look stronger all over the pitch. However, that is not to discredit the Portuguese side. They have talented players but are missing key members of the squad at both ends, with top-scorer Jonas also missing after picking up an injury while on international duty with Brazil.

Having lost their opening two games, another defeat will effectively crush their hopes of qualifying for the knock-out round, meaning they will view this as a ‘must-win' game. If Vitória sets this Benfica side up to attack, it should make for an open, entertaining clash as United are unlikely to deploy the same tactics that shut Saturday's game down at Anfield.