During the closing hours of the summer transfer window, Everton and Tottenham Hotspur went to war for the signing of France international Moussa Sissoko. Many will suggest that Spurs lost the war when he agreed to move to White Hart Lane.

The two clubs are reported to be close to clashing again, this time for the signature of Manchester United’s Dutch winger, Memphis Depay. Everton need someone to cover for the long-term injury to Yannick Bolasie and Mauricio Pochettino is searching for the answers to the puzzle question – how do I keep this team in the top four?

Spurs currently sit fifth in the Premier League, with just three wins from their last six games including defeats to Chelsea and Manchester United. The problem for the Argentine manager is to find a way to beat the teams above them. Which begs the questions, is Depay really the winger that will help the London club bridge the gap? Since arriving in England, the 22-year-old, has looked a shadow of the player that took the Eredivisie by storm for PSV Eindhoven.

Similar to Vincent Janssen last term, Depay was sensational during the 2014/15 campaign. His record for PSV read as 90 league games, 39 goals and 18 assists. What Spurs seem to lack at the moment is not a player that is going to score goals from the wing, but a player that will create chances from wide areas. Someone who will help Janssen and Harry Kane put the ball in the back of the net.

Against Manchester United, Spurs had 12 shots on goal, but nine of them came from outside the box. Depay has made his career playing down the left-wing, cutting inside on to his favoured right foot and causing problems inside the full-backs, rather on down the flank.

That doesn’t answer any of Spurs problems this term. In the 1-0 defeat to Jose Mourinho’s team, the away side only attempted two crosses beyond the 18-yard box, the other five from that side came from a much deeper position.

Last season, in 29 Premier League appearances, Depay scored just twice in the league and added just one assist. He attempted, on average, just one dribble per game and 0.4 key passes. In contrast, during his last season in the Eredivisie he was attempting 2.7 dribbles, picked up five assists and scored 22 goals. It was obvious why United signed him. 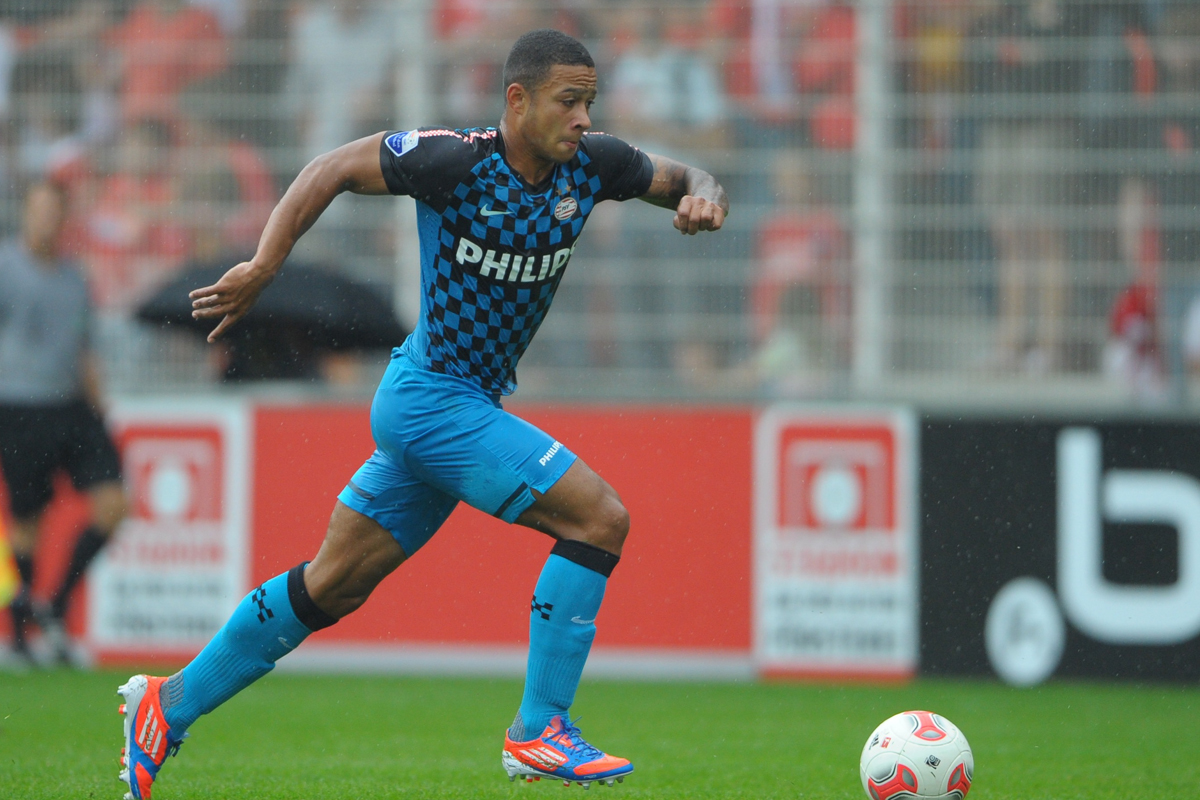 At PSV, he was a confident, fearless, and very exciting winger. He would draw in defenders, before using his strength and pace to burst past them. Either he would fire off a shot with his deadly right foot, or get his head up to pick a pass.

For United, Depay just hasn't rediscovered that type of form. He’s trying to beat opponents with just his speed, not having the belief in his own ability to invite them closer. Every now and again you get a glimpse of the old player, suggesting that he is still in there somewhere.

The Dutch winger would be ideal for a team like Everton. He has a point to prove, and the Goodison Park team, plus, linking up with Ronald Koeman, would provide the player with the platform he needs at this stage of his career.

You need to give the winger something to aspire to. You want Depay to feel wanted and needed, but paying big money in January is a risk after how spectacularly he has failed at Old Trafford. If they are in the market for a winger, Spurs need someone who can come in straight away and contribute. They need a player who has the quality to instantly improve their starting XI, not just another squad option.

His form at PSV highlighted all the traits that both the Merseyside club and Spurs are looking, but Everton have time and the breathing space to let him develop. A move to White Hart Lane would see Depay jump from the frying pan into the fire. Koeman has much more of a chance to unlock the potential that everyone hopes is still there.

Against Hull City, Pochettino played with three at the back and pushed Danny Rose into the left wing-back role. That is just another reason not to sign the Dutchman, defending his not his forte and you would be handicapping him if you asked him to cover back.

Spurs had 27 shots on goal, 18 of them were still outside of the box, but it was the England full-back that set up the opener. 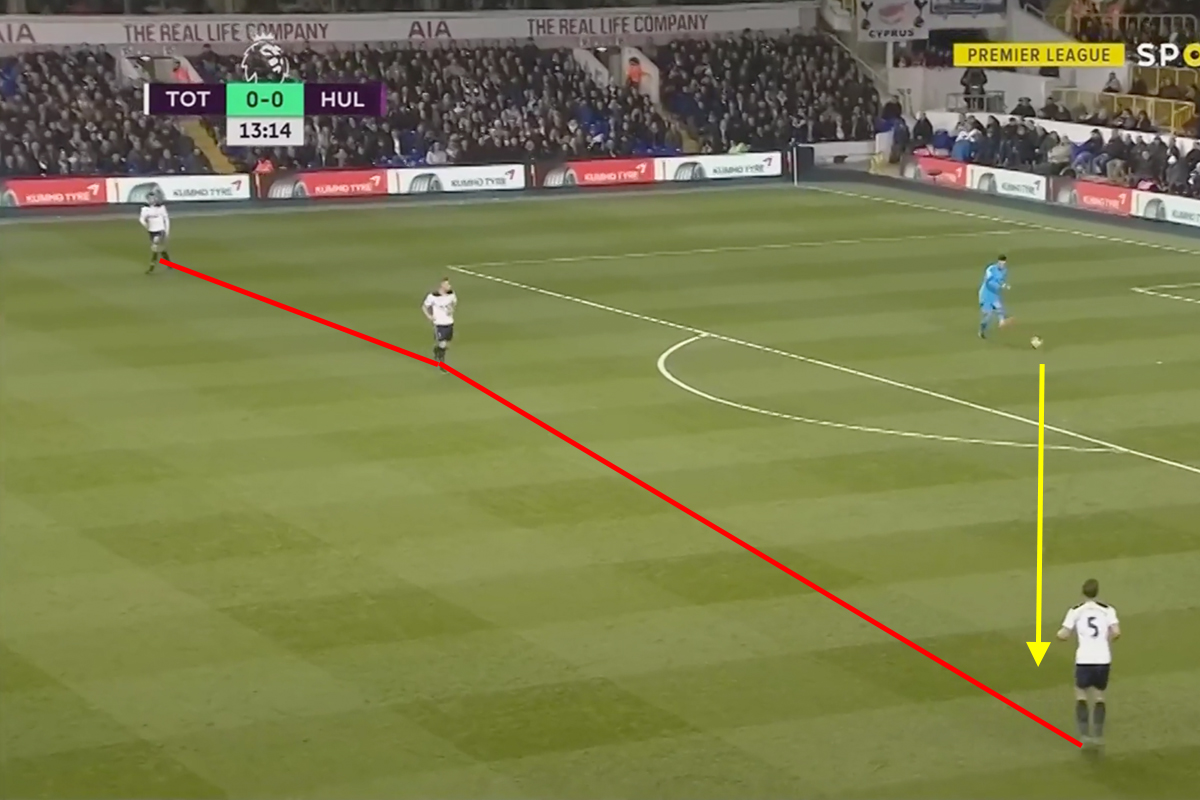 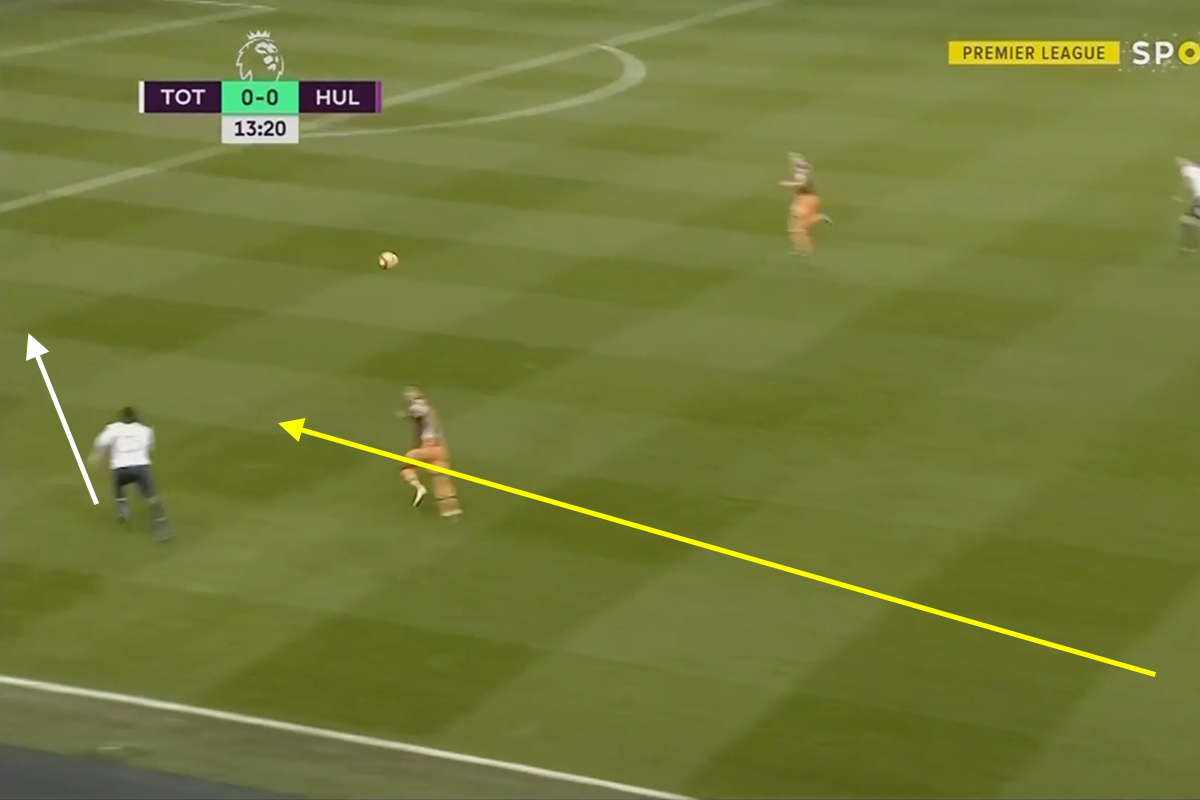 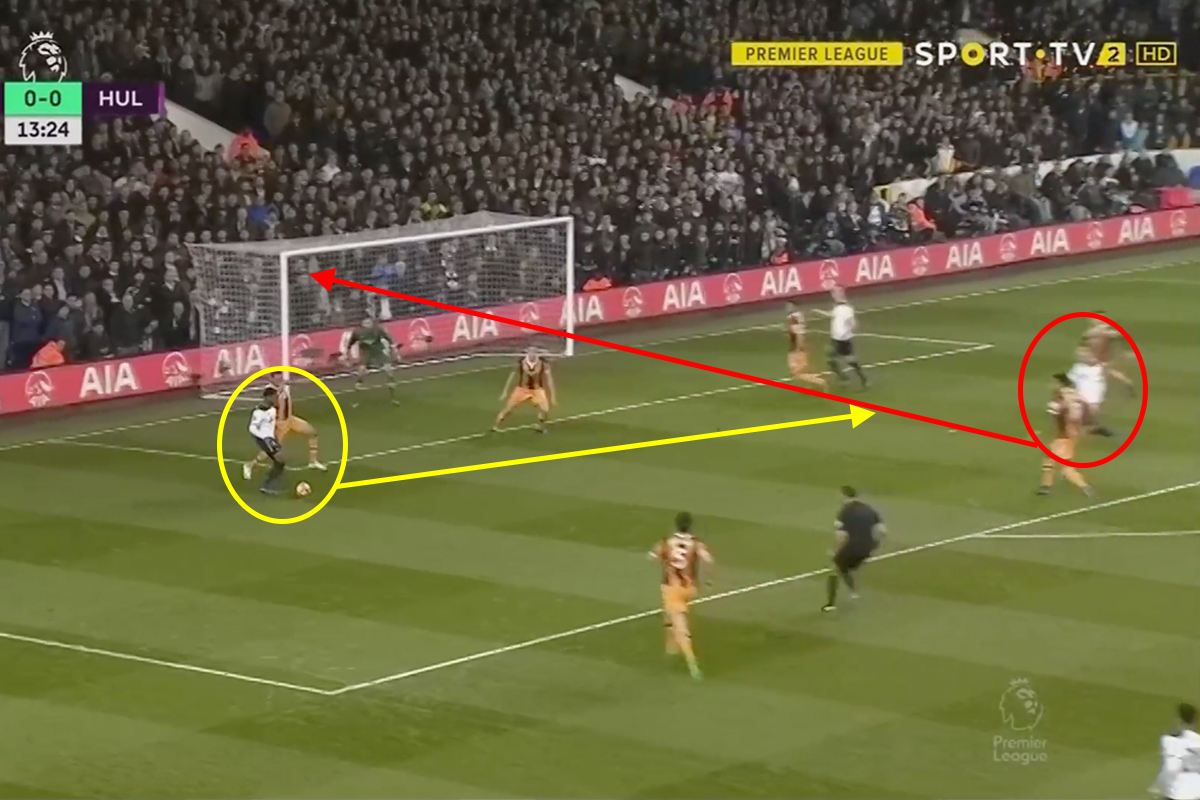 Jan Vertonghen pushed out to the left of the defence gets the ball from Hugo Lloris and as you can see from the above graphics, he finds the advancing Rose high up the pitch, using his pace to burst behind the defence.

The 26-year-old then uses the fact he is a natural left-footed player to cut inside. Rose feeds Christian Eriksen with a low pass and the Dane gives Spurs the lead.

Using that formation going forward makes sense with the players that Pochettino has in his squad. It frees up Dele Alli and Sissoko, it provides width on both sides of the pitch with Rose and Kyle Walker and helps protect all three centre-backs.

Depay doesn’t fit this system and it’s a move that Spurs would have made in the past and he would have ended up another flop. The London club still havs Son Heung-Min on the bench, Erik Lamela to return and the criminally underused Georges-Kevin Nkoudou. All three can add exactly what the Dutchman would provide, but without spending unnecessary funds in January.