Arsenal, Manchester City, Liverpool, Chelsea and Spurs have all made impressive starts to the current Premier League campaign. These team are the only five to have 20 or more points after 10 matches so far this season. All have tactically astute managers but four of them also have something else in common – they all have destructive wide players doing the business in the early stages of the season.

Arsenal’s Theo Walcott is in the form of his life and is terrorising teams on the right flank. The 27-year-old already has 8 goals and 2 assists in just 925 minutes of play so far in 2016/17.

Sadio Mane has taken the Liverpool attack to a whole other level since signing from Southampton for a reported £34 million in the summer. The 24-year-old has 4 goals and 2 assists to his name already this season despite only appearing in 808 minutes of football.

Both Raheem Sterling and Eden Hazard have rediscovered form from previous seasons to make an immediate impact on the current season. Sterling already has 5 goals and 3 assists and is quickly closing in on last season’s return of 9 goals and 4 assists. A resurgent Eden Hazard has already equalled last season’s goals and assists and we’re only just entering November. He’s found a new lease of life under Antonio Conte.

All four players are pacey, powerful, direct, aggressive and a goal threat. It’s not just Premier League defenders struggling to cope with these players but some of Europe’s elite defenders. So it’s little wonder teams are trying to identify and target players with a similar profile to these ones making waves this season.

According to Squawka the North London derby isn’t the only thing that Arsenal and Spurs will be competing against one another in over the next few weeks. They claim both clubs are vying for Galatasaray attacking midfielder Bruma’s signature in the January transfer window.

The 22-year-old  signed for the Turkish side in September 2013 from Portuguese club Sporting Lisbon for a reported €10 million. He’s made fewer than 40 appearances for Galatasaray first-team having spent the 2015/16 season on loan with La Liga side Real Sociedad. Despite not much first team experience it’s not prevented the likes of Real Madrid, Manchester United and PSG all reportedly showing an interest in the Portuguese u21 international.

His stock is on the rise this season after 4 goals and 3 assists in 791 minutes of play, a marked improvement on his 2 goals and 1 assist in close to 1500 minutes of play in La Liga last season. He’s been playing on the left of a 3 behind the striker in a 4231 and is finding a lot of joy in that role, completing 5.9 dribbles per 90 minutes. He’s not just chipping in with goals and  assists he’s also pretty influential in terms of the team's attacking play with 86.2% of his 45 attempted passes per 90 minutes being completed.

It’s been reported that Bruma, whose contract ends in 2018, is stalling on signing a new deal which has put clubs on high alert. Interest from Premier League clubs was inevitable and Spurs and Arsenal make sense. 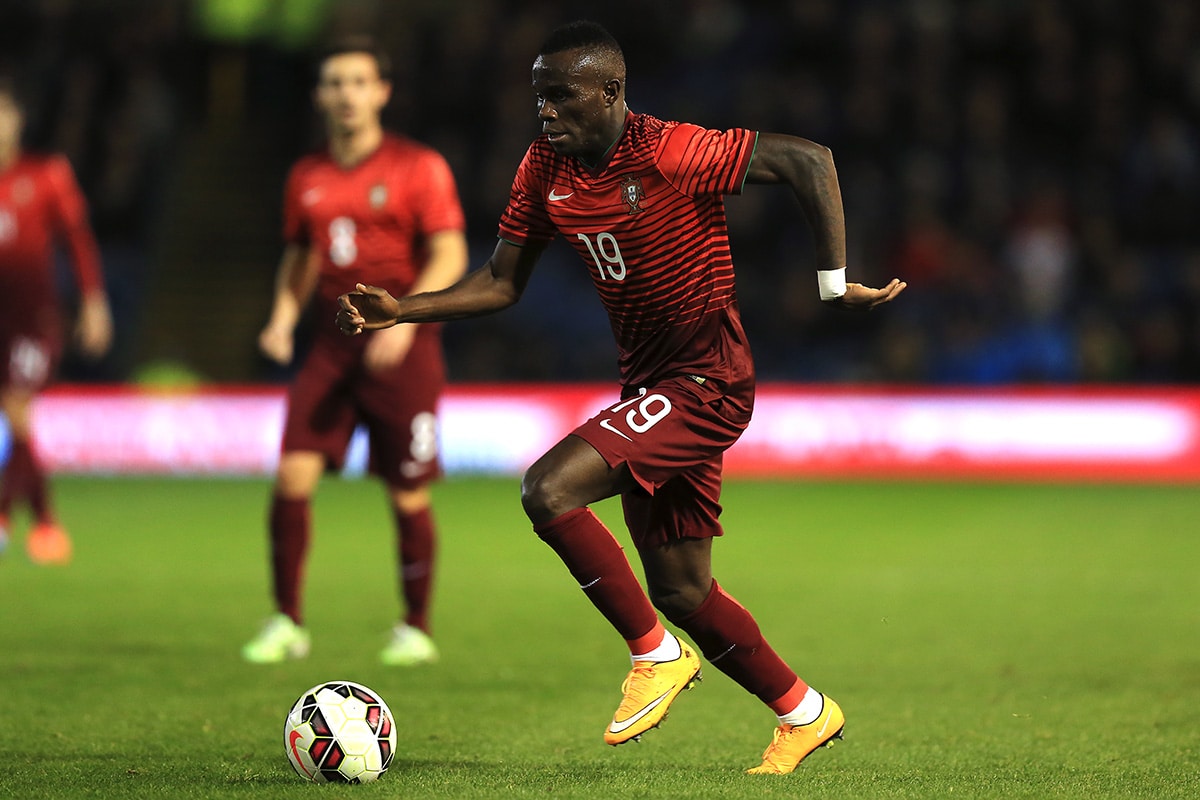 Spurs can claim to be the only undefeated team in the Premier League but they’re currently 5 points off of the top. They’ve drawn half of their games and only scored 14 goals which works out, on average, at 1.4 goals per game. Rivals Chelsea are on 2.1, Arsenal 2.3 with both Liverpool and Manchester City on 2.4 per 90 minutes. Spurs have definitely been missing Harry Kane and his goals but they’re also without an attacking threat from wide areas. The other four teams aren’t as reliant on their strikers as Spurs appear to be and if they are to challenge for the title they are going to need to spread the goals.

Spurs have used the likes of Moussa Sissoko, Erik Lamela and Heung-Min Son in wide roles this season to varying degrees of success. However, for context when looking at dribbles per 90 minutes Moussa Sissoko completes 1.2, Erik Lamela 1.7 and Son 2.7 meaning Bruma completes more than the three of these players combined. Granted Bruma is in an inferior league it’s not a stat to be ignored.

On the surface Arsenal are stacked when it comes to offensive players. The Gunners can call upon the likes of Alexis Sanchez, Mesut Ozil, Alex Oxlade-Chamberlain, Danny Welbeck, Theo Walcott, Alex Iwobi and Olivier Giroud so bringing in yet another attacking player may not be at the top of many fans Christmas lists but a move for Bruma makes sense.

Theo Walcott has earned the right to call the right-wing position his own after his performances this season but there are still question marks over his durability. Can Arsenal rely on him and if he picks up another injury do they have someone similar in profile? Walcott completes 2.1 dribbles per 90 and only Alexis Sanchez completes more in the Arsenal team. Alternatives to Walcott would be Chamberlain, 1.9 dribbles, and Iwobi, 1.3 dribbles. Would Bruma not be a perfect replacement for Walcott? He offers the goal threat and the dribbling ability from a wide area.

With Bruma reportedly being available for £20 million, a drop in the ocean in today’s market, and both teams possibly being able to offer Champions League football then the attacker’s decision may be influenced by which team can offer him more first-team football. Advantage Spurs?