Manolo Gabbiadini and Napoli seemed like a perfect fit. A smooth, left-footed and versatile attacker joining a club who played the same 4-3-3 formation he had thrived in elsewhere should have been a perfect marriage of player and style.

However, in reality it has rarely been that way and the 25-year-old has been reduced to a bit-part role that has left him wanting to move on for more than 12 months – with the Premier League set to offer him an olive branch.

And journalist Gabriele Marcotti discussed why it hasn't worked out for the Gabbiadini at Napoli in episode seven of Football Whispers TV.

He told us: “Gabbiadini is in an interesting situation at Napoli.

“He was supposed to compete for playing time with Arkadius Milik, who came this year and together they were going to be a two-headed monster to replace Gonzalo Higuain.

“But then things took a strange turn, Milik was outtsanding, but then he got hurt and Gabbiadini came in.

“Gabbiadini did not do well and then Dries Mertens exploded on to the scene.

“Dries Mertens is not a centre forward, he's a little guy, he's Diego Armando Mertes, scoring a ton of goals.

“I think that’s why we’ve seen him linked with a number of clubs, Everton among them, and I think he’s open to a move.”

Highly touted from an early age, he developed in the renowned Atalanta youth system and made his first-team debut as long ago as March 2010. The following season saw him take an ill-advised loan move to Serie B side Cittadella, scoring just five goals in 27 appearances, but he then shone following his return to Bergamo, prompting Juventus to sign him in a co-ownership deal.

He then spent 2012/13 with Bologna before moving on to Sampdoria a year later and helped them narrowly avoid relegation. But it would be the appointment of Sinisa Mihajlovic that truly saw his talent flourish, Gabbiadini netting seven times in just 13 appearances.

Perhaps unsurprisingly Gabbiadini flourished under Mihajlovic in dead-ball situations in particular, with the forward’s delivery at both free-kicks and corners improving exponentially thanks to the expertise of his coach. The Serbian, who shares the record for most Serie A goals direct from free-kicks (28) with Andrea Pirlo, told Sky Italia that “when Gabbiadini scores them he looks like me, when he gets them wrong he looks like someone else…” 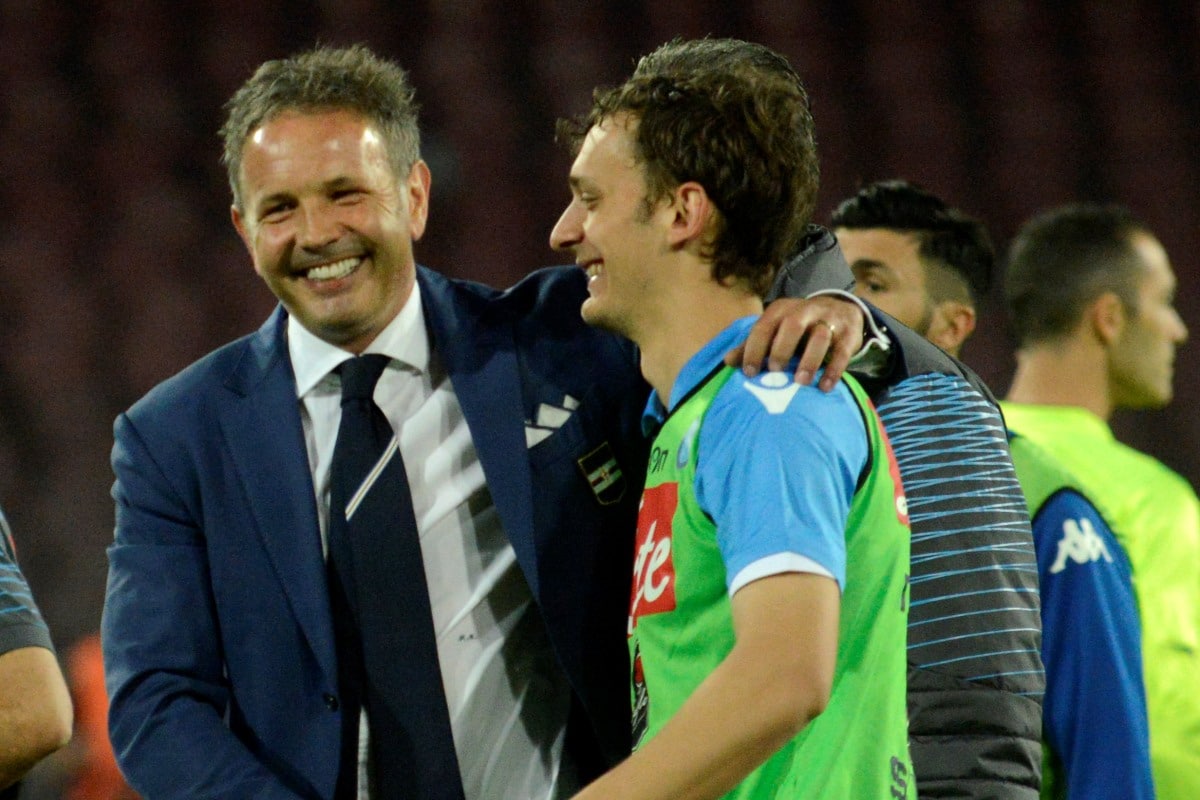 Gabbadini admitted that he often challenged Mihajlovic to competitions after training. “I rarely won,” he smiled.

But the 6ft 1in forward – who has six international caps for Italy – clearly enjoyed life at Sampdoria, allying a strong work ethic to his natural attacking instincts. Creating 1.2 chances per game for his team-mates, he also made 0.8 tackles per game during that spell, with both figures representing career-high marks.

Reading defences well, he continues to be tactically astute and is superb at exploiting spaces between defenders, timing his bursts into the box perfectly despite not possessing noteworthy pace. If given a chance to get the ball onto his left foot then his shooting is superb, hitting the target with 74 per cent of his efforts this term and routinely scoring difficult chances in open play.

A €13million to Napoli in January 2015 would prove a misstep, as Marcotti mentioned. Whereas Gabbiadini thrived on the right wing at Sampdoria, with Dries Mertens, Lorenzo Insigne and Jose Callejon all markedly better out wide, he soon found himself as Gonzalo Higuain’s back-up in the central role.

His return of 20 goals in his first 60 appearances for the club showed that he retained the ability to find the back of the net, but rarely did he find himself in the starting XI. That seemed set to change this season, with Higuain departing for Juventus and replacement Arkadiusz Milik struck down by serious injury just seven games into the new campaign.

Coach Maurizio Sarri immediately handed Gabbiadini his chance, but it is safe to say he failed to grab it. He did not manage a single league goal in the first two months that the Polish striker was sidelined, prompting Napoli to instead deploy Mertens through the middle with Callejon and Insigne flanking him. The Belgian caught fire and has so far scored 16 times in all competitions, leaving his boss with some difficult choices now Milik is healthy again. 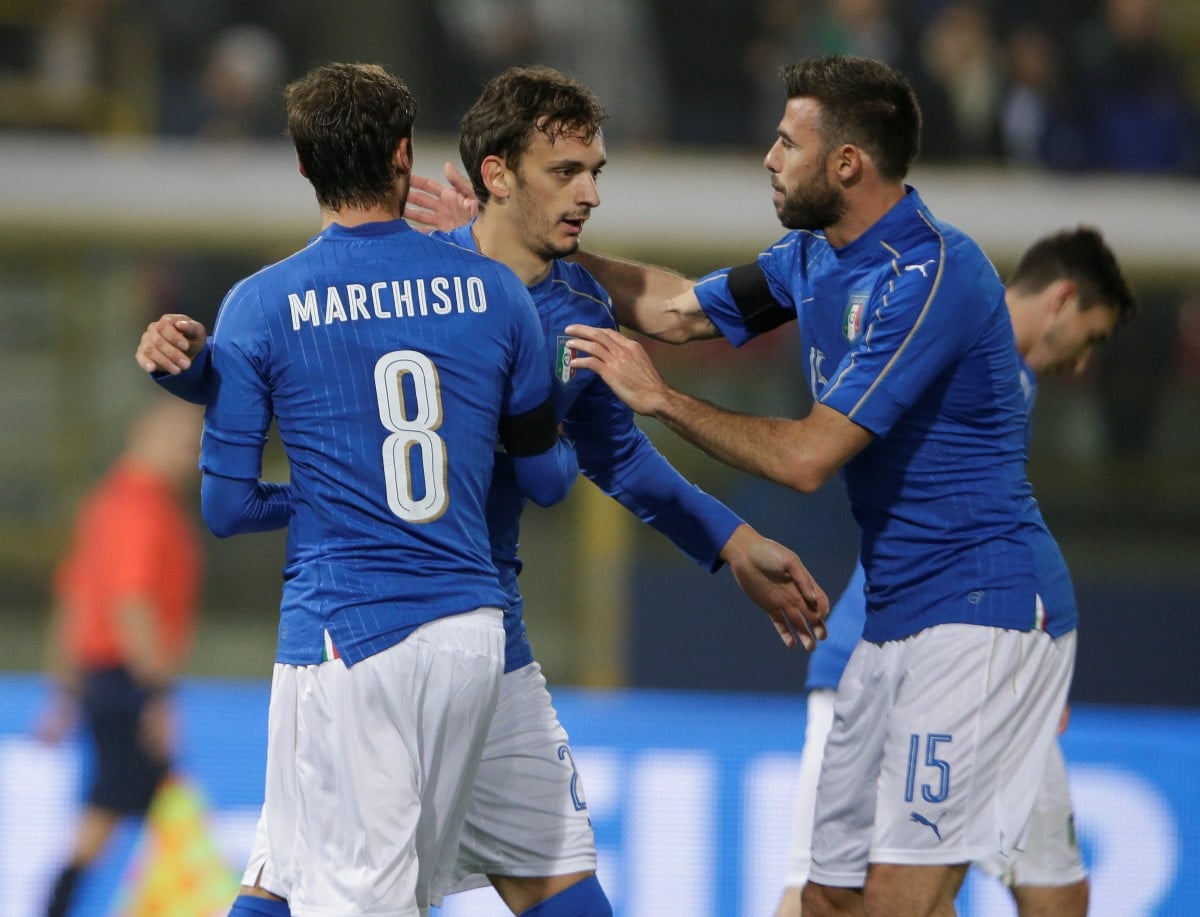 One option he might not have for much longer is Gabbiadini, who seems set to move to the Premier League with Southampton and Everton. Napoli’s official radio station reports the Italian club and Southampton have engaged in lengthy discussions, with the English club believed to now be willing to offer €16 million and Partenopei owner Aurelio De Laurentiis reducing his initial €20 million demands.

“It's not that he can’t express himself, it's just that things are asked of him that are simply not in his locker,” De Laurentiis told Radio Kiss Kiss last month. “I thought his performances last season were because of physical issues but that isn't the case, he just isn’t suited to Sarri's football. You can't make something fit when it doesn't. It's like an out-of-key note in a harmony. Sarri can't drop points to help one player improve.”

Gabbiadini is thought to earn just €1.2 million per season on a contract that does not expire until June 2019, figures that the Saints or the Toffees can easily improve should a deal be struck. His problems at Napoli are purely situational and he can be expected to showcase his talent elsewhere just as he did at Sampdoria.

Never a player who will blow past a defender with pace or trickery, Gabbiadini is happy to pass the ball and makes clever runs cutting in from the flank, all of which he was unable to do in recent times. He remains a talented wide player who, while outshone by his Napoli team-mates in that role, still has much to offer if he is deployed correctly.

Strong in the air, it would seem he could shine in English football, but it remains to be seen how the past two years have dented his confidence. A move away from the shadow of Mount Vesuvius seems inevitable and it might just bring the very best of Manolo Gabbiadini back to the fore.