Having started this season with a bang in the form of a 4-3 away win over Arsenal, Liverpool side quickly came to be seen as serious contenders for the Premier League title.

However, with three wins, three draws and three defeats in league action since 2017 began, Jurgen Klopp's side have fallen away from Chelsea. Securing a place in the top four, and subsequently Champions League football, is now the club’s main ambition.

There are obvious holes in Liverpool’s lineup that even the quality coaching of Klopp has been unable to paper over.

The German has instituted an exciting brand of football with a fluid front three of Philippe Coutinho, Roberto Firmino and Sadio Mane capable of tearing defences apart. With 61 goals to their name, Liverpool have scored more than any other Premier League side this campaign.

But, despite their offensive potency, they have consistently been let down by defensive weakness and an inability to carve open unadventurous, counter-attack-focused opposition.

Enter Leandro Paredes. The Roma midfielder would be able to assist both in protecting Klopp’s defensive four and in providing penetrative passing against negative opponents.

Thus, it is no great surprise the midfielder is set to be one of Liverpool’s primary summer transfer targets. The Daily Express report Paredes and Inter Milan’s Ivan Perisic are being targeted in a double deal worth £52 million, of which the former will make up £22 million.

Responding to the speculation, Roma head coach Luciano Spalletti stated his player was not looking to move away from the Italian capital. “Paredes? We live in the same apartment block so we got to speak,” he said. “He told me: ‘I don’t want to go anywhere’… these words pleased me.”

Yet, while a move may not be at the forefront of the player’s mind right now, this may change come the summer.

The lure of Premier League riches, the Anfield atmosphere and playing regularly for both Klopp and Liverpool may prove hugely tempting to the 22-year-old, who has been unable to assert himself upon Spalletti’s starting lineup this season. 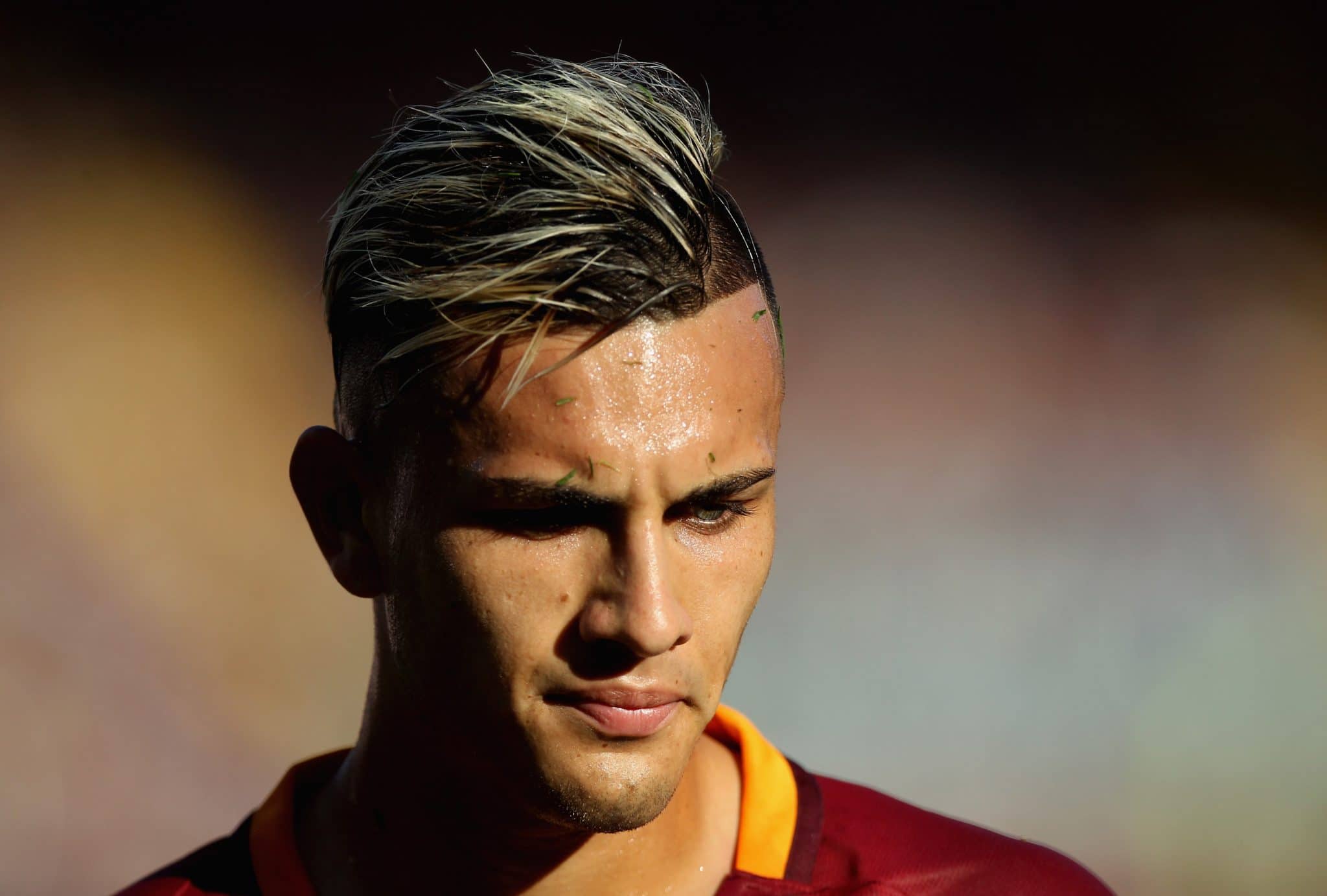 After joining Roma in 2014, Paredes scored his first goal for the club in a February 2015 away win over Cagliari. On a day that saw Daniele Verde, another young prospect shine, Paredes scored what turned out to be the winner.

Verde raced down the left flank before supplying a beautifully curled cross and Paredes swivelled to fire home with an accurate half-volley. However, it would take a temporary move away from Rome for the Argentine to show his true quality.

In August 2015, he joined Tuscan club Empoli on a year-long loan deal. And it was there under the auspices of Marco Giampaolo the youngster thrived.

Pulled back into a deeper role at the base of a midfield diamond, Paredes revelled in his increased influence within the team.

He was responsible for receiving the ball from the centre-backs, supporting possession and orchestrating attacking moves, all of which he did with supreme class and confidence.

Before long he had established himself as one of the finest playmakers in Serie A and the assumption was Paredes would walk into the Roma side upon his return to the club, an expectation bolstered by the sale of Miralem Pjanic to Juventus last summer.

However, the return to fitness of Kevin Strootman and the return to form of vice-captain Daniele De Rossi, combined with Spalletti’s preference for a rough 3-4-2-1 shape, has meant Paredes has often had to content himself with a spot on the substitutes’ bench.

Throughout 2016-17 he has started just 10 league games, many of which have not been in his favoured deep-lying central position. A move to Liverpool would likely enable Paredes to resume this role.

Klopp enjoyed great success at Dortmund with a 4-2-3-1 and it was this system he was expected to implement at Anfield. But this season he has instead opted for a 4-3-3 and consequently he has created space within the team for a deeper midfielder.

Jordan Henderson has adapted reasonably well to this position but the Englishman is not a natural fit – his combativeness, energy and relatively simplistic passing belong in a more box-to-box role. 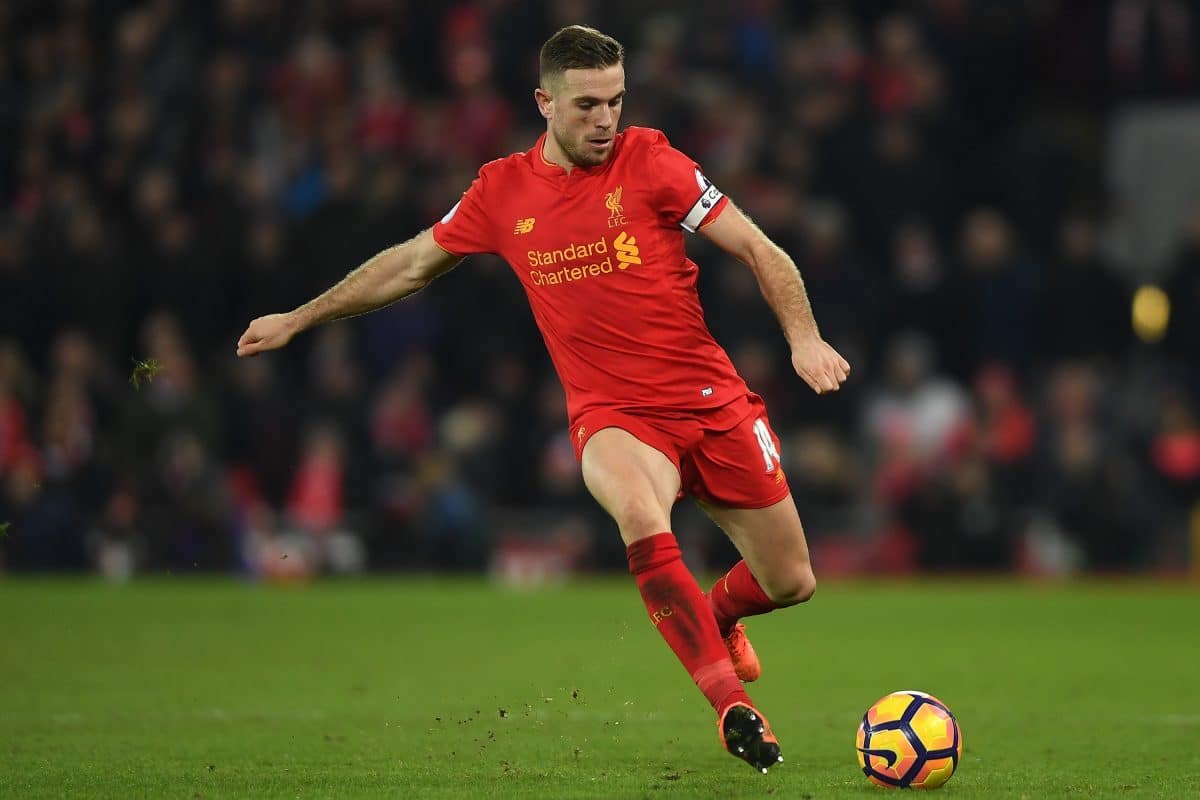 READ MORE: Is Jordan Henderson's future at Liverpool in the number six role?

Consequently, when the summer transfer window does eventually open, adding a regista to the ranks should be one of Liverpool’s priorities.

As proven during his time at Empoli Paredes plays best in the regista role. Evidencing an unerring calm on the ball he has the necessary composure and technique to receive the ball in tight spaces.

He also possesses the required tactical awareness to take up good positions off the ball, that not only offers a viable pass out from the back but provides options further up the pitch when appropriate.

And, perhaps most importantly, he is a sublime creator able to find team-mates over short, medium and long range, with a variety of different types of pass in his proverbial locker.

Comparing Paredes and Henderson statistically helps to portray exactly what the former could bring to Liverpool were he to operate at the base of their three-man midfield.

While Henderson has completed more passes per 90 minutes this season, this is perhaps more the result of the overarching styles of both Roma and Liverpool.

Paredes has a higher pass completion rate – 88 per cent compared to Henderson’s 86 per cent – and he also creates almost twice as many chances on average. In addition, he beats his opposite man more frequently, and contributes comparatively more interceptions per 90 minutes.

In his most recent outing, Paredes put in an outstanding individual showing as Roma defeated Sassuolo 3-1 at the Stadio Olimpico.

He scored his team’s equaliser with a trademark driven strike, presented a constant threat with his crossing, made five tackles and four key passes before being substituted on 87 minutes for De Rossi.

In what was a consummate display of playmaking, the young Argentine reminded everyone of his qualities. Klopp would have been wise to pay attention to the performance.