Paul Pogba could find Lord Lucan in the long lost city of Atlantis and still the critics would claim the only thing that has gone missing this season is him.

None of this is unexpected. A lack of Messi-esque numbers for his price tag is a predictable, if lazy charge, though that his former employers had to stump up a world record £89million to re-employ him is an absurdity in itself.

But over the last two months, the Frenchman has been playing with the confidence of a man who regards his transfer fee as an irrelevance, even if for others it remains an obsession.

“I am pretty sure that next summer some players with only half his quality probably will cost the same money or more so I am waiting for that moment to release him from the scrutiny,” insisted Jose Mourinho after Pogba’s match-winning assist for Zlatan Ibrahimovic against Blackburn Rovers on Sunday. 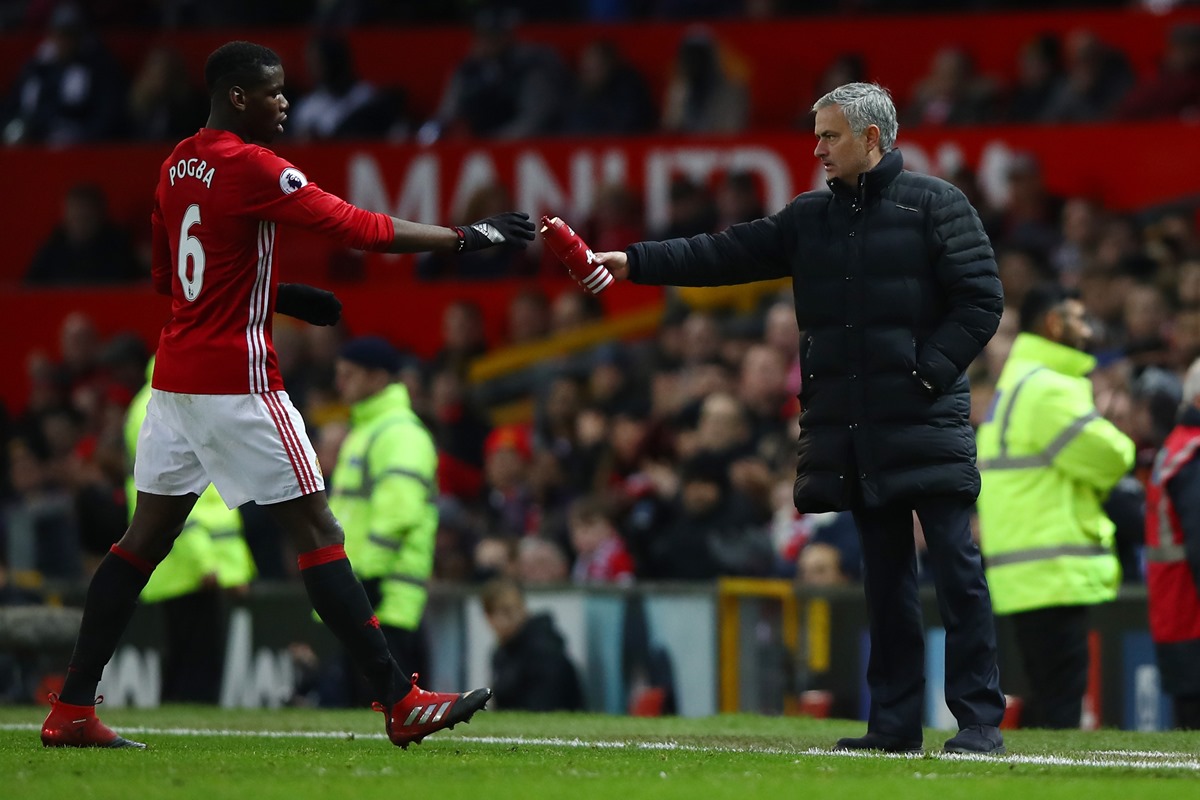 “I think in a couple of years you will realise he was cheap but I have to admit that not many clubs have this vision of anticipation of what can happen in the near future.”

Perhaps ‘cheap’ is the wrong word to use – United didn’t pluck him from a thrift shop – but money is no object for a player such as Pogba.

The Frenchman’s defence-splitting pass into the path of Ibrahimovic settled an otherwise tough afternoon at Ewood Park in the FA Cup, as United’s talismans combined once again.

The usual derision, however, was to come on social media.

5 – All five of Paul Pogba's assists for Manchester United in 2016/17 have been for Zlatan Ibrahimovic. Telepathy.

@OptaJoe Yeh, definite telepathy as highlighted by all of Pogba's 3 PL assists.Can't see them starring in a remake of Scanners anytime soon. — Montague Tiddlywinks (@TiddlyMonty) February 19, 2017

Given his you-know-what, these observations are somewhat justifiable. A fifth assist to Ibrahimovic, while admirable, hardly smacks of telepathy – and outside that connection he has diddly squat.

But just how much of this is down to Pogba? The stats suggest very little. According to the Daily Mail, up until the Saint-Etienne game, the 23-year-old had created a whopping 64 chances in all competitions.

That’s nearly twice as many as Juan Mata, who is having a fine year after burying the hatchet with the man who sold him.

That stat alone, allied to his seven goals and the eight distressing times he has hit the woodwork this year, would already make him one of the Premier League’s best attacking midfielders. But he offers so much more.

Racking up 2.5 dribbles per Premier League game, Pogba often ghosts by players like they’re not even there and, unsurprisingly, is fouled 2.3 times per 90 minutes for his troubles too. That he can slalom into the final third and take defenders out of the equation is just another dimension to his game.

Though often in advanced areas of the pitch, the statistics say he is making successful tackles at a rate of 1.8 per game and, given his extraordinary physical attributes, is only dribbled past at a rate of 1.1 – on a par with defensive-minded players such as Victor Wanyama (1.2), N’Golo Kante (1.1).

He is, at the very least, simply good at everything.

READ MORE: MANCHESTER UNITED HAVE NO PEERS WHEN IT COMES TO FINANCIAL FOOTBALL

Carrick or not to Carrick?

That is not to absolve Pogba entirely – he registered some poor displays at the start of the season as he struggled to maintain discipline in his role.

He seemed to operate as anything from a deep-lying midfielder to a No.10 – often in the space of a few minutes – as he bounded up and down the pitch with enthusiasm if not efficacy.

Some of his improved performances since the winter have been put down to return of Michael Carrick to the starting line-up, but Mourinho’s growing trust in Pogba’s tactical awareness has seen the 36-year-old return to the bench. 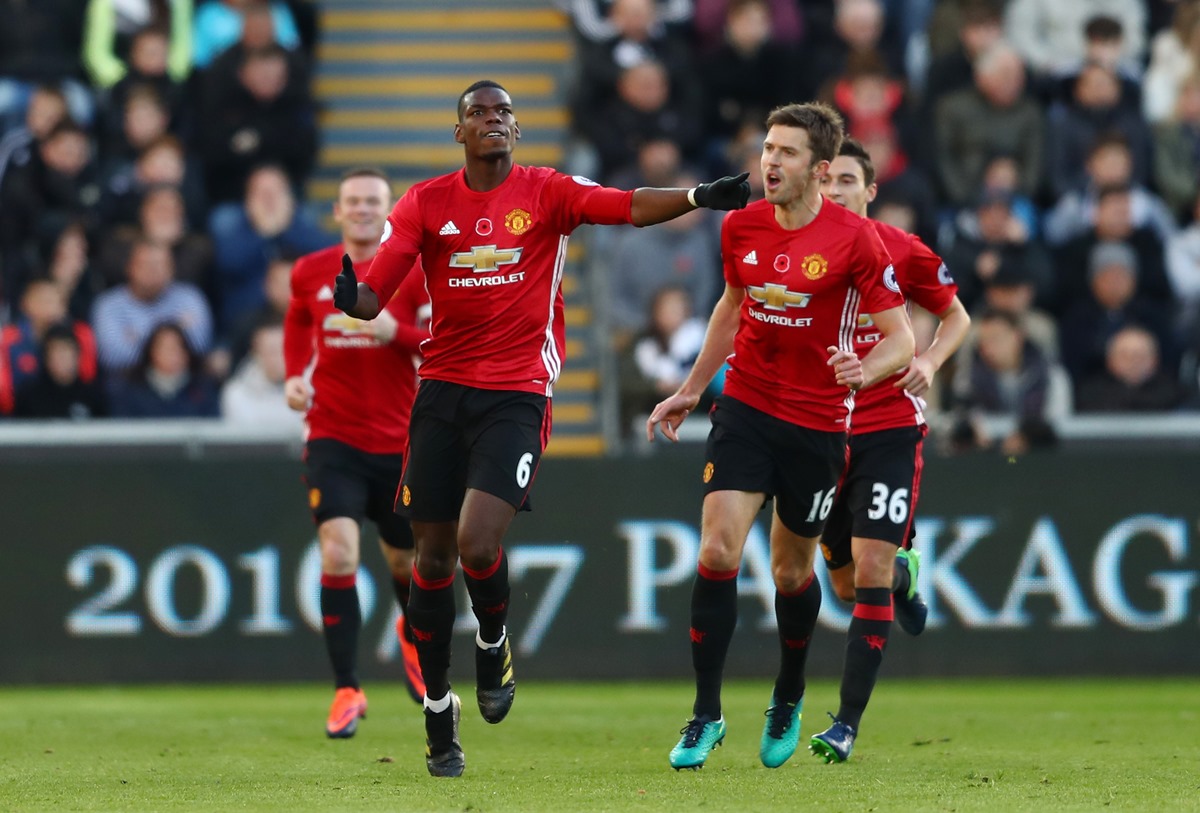 Why? Because the removal of a less mobile Carrick has allowed Mourinho to employ a midfield two in Pogba and Ander Herrera, as well as an extra attacker in the role of No.10.

That set-up creates much-needed space in the final third for Pogba to either drive into, or deliver sumptuous balls over the top of, to Ibrahimovic. Thumping wins over Leicester City and Watford have followed since the last time Carrick was included in a Premier League starting XI, the 0-0 draw against Hull City.

Whether Mourinho will be brave enough to field such a formation against top-six contenders remains to be seen – but Pogba’s flexibility as that complete midfielder gives him choice.

For those who still point and holler at the ridiculousness of his transfer fee – this one is for you. 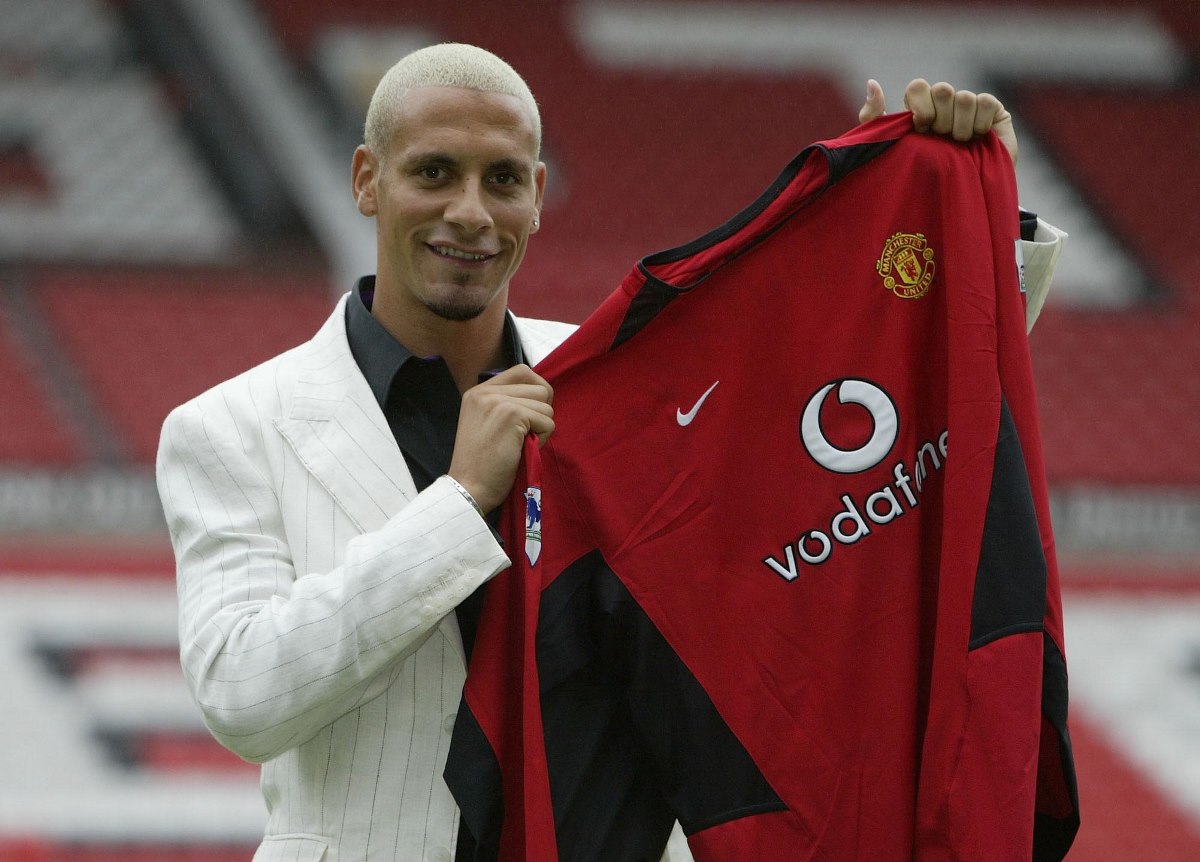 No doubt we are living in fantastical times, where multi-million pound transactions are made in the bat of an eyelid. However, the world of football may not have changed that much since the turn of the century.

In 2003/04, United led the Deloitte Football Money League based on a turnover of £171.5million. The year before, they had bought Rio Ferdinand for a jaw-dropping £30million.

In 2015/16, United led the Deloitte Football Money League based on a turnover of £515.3million. The year after, they bought Pogba for a jaw-dropping £89million.

Eerily, the revenue to transfer fee ratio for both is 5.7:1. Though both were for gargantuan fees and were hardly a drop in the ocean, United did not mortgage their future by buying Pogba.

If they get anything like the service of Ferdinand’s glittering decade from the dab-tastic Pogba, Mourinho will be proven right – he really is dirt cheap.