Of the few English football fans who have heard about Jonathan Cafu, most probably found out about him through the attacker’s performance for Ludogorets against Arsenal in the group stages of this season’s Champions League. Having bundled in the opening goal from a free-kick, he then provided an assist for the Bulgarian side’s second as they took a stunning two-nil lead against the Gunners.

Ludogorets didn’t hold on to the lead that night, going on to lose 3-2, but, if recent reports are to be believed, Cafu left a positive impression on English scouts. According to Sport Witness (h/t the Daily Star), Premier League champions Leicester are currently looking at the player, along with Everton and West Ham.

As it stands, the latter are currently most likely to secure his signature as per our index, which gives Cafu to West Ham a rating of 3.1. However, our index also gives Crystal Palace (1.1) a chance of signing the forward. With rumours of a move to England only intensifying, it’s time to find out more about the Brazilian.

Cafu was born in Piracicaba, Sao Paulo and came through Rio Claro’s youth system before making his professional bow with Desportivo Brasil in 2009. While the lower league club had established a link with Manchester United the year before, a move to the Red Devils was not on the cards for Cafu. Instead his first travels within European football came in Bulgaria with Ludogorets, after years spent gradually making his way up the domestic ladder with Boavista, XV de Piracicaba, Ponte Preta and Sao Paulo.

In July 2015 he arrived in Razgrad, a disconcertingly different environment, for a fee of £1.9 million. He settled quickly to his new surroundings, however, hitting nine goals in 27 appearances. This season he has continued where he left off, scoring 11 and setting up seven in 28 games, and during the club’s short-lived Champions League campaign he had a direct involvement in four of his team’s six goals.

A fast, tricky and attack-minded player, Cafu rightly shares a name with his legendary compatriot, a right wing-back who excelled for Roma and Milan in the 1990s and 2000s. He was actually called Cafu by a cousin who admired the iconic former Selecao captain. However, unlike his namesake, he operates almost solely in and around the final third as a winger or second striker.

Standing at 5’8”, Cafu is a diminutive player who relies predominantly on his footwork, close control and acceleration. A fluid mover on and off the ball, the 25-year-old is constantly in search of space. He tends not to settle and hold one position in attack, instead moving with relative freedom both vertically between the lines of the opposition’s defense and horizontally from touchline to touchline.

While this is no doubt part of his role within the overarching framework of Ludogorets’ system, it is also an obvious indulgence of his proclivity for wandering. In this sense he is far from the orthodox winger. Rather, he is somewhat of a hybrid of trequartista and false winger—sometimes he stays wide to pull apart the opponent’s back line and exploit space in behind; sometimes he comes inside to offer a central forward pass; sometimes he drops back to involve himself in the build-up and attack the opposition from deep.

Cafu combines this curious approach to a pitch and its various areas with precise dribbling and excellent close control. This is shown in the below image, where he manages to retain the ball despite direct pressure coming from four opponents. In this instance, having received a pass, he darts back before squirreling away and releasing the ball to a team-mate on the left-hand side. 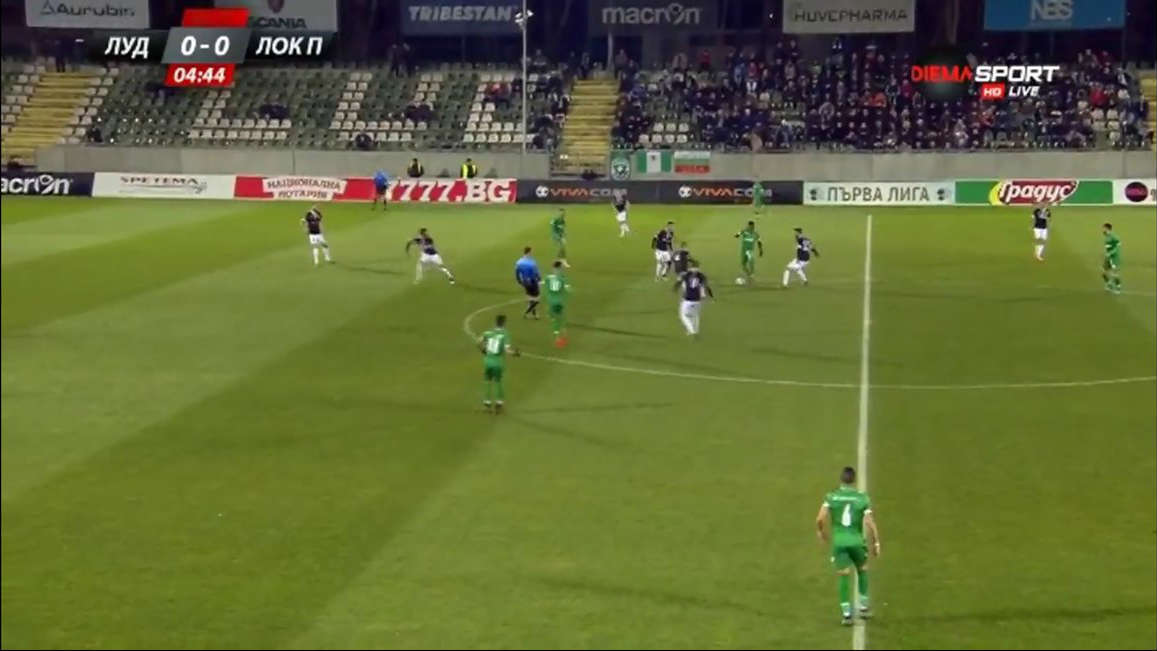 The goal that perhaps best exemplifies the player’s ability on the ball came in a Champions League qualifier against Red Star Belgrade earlier this term.

Cutting in from the right with most of his team-mates in offside positions, he decided to go it alone, bursting past five men with a series of deft touches and jinking moves before rocketing a right-footed finish high into the roof of the net. Improvised, audacious, creative and effective, it provided a nice snippet of what Cafu could offer to his multiple reported Premier League suitors.

While confident and able to shimmy past defenders on his own, that goal came against a poor defensive setup. Against teams with more organised systems, Cafu needs to think more carefully about his actions on and off the ball, though he is more than willing to use his team-mates when possible.

An example of this is seen below, where he drops deep, drawing his marker with him. Having done so he plays a quick one-two with a team-mate, taking out his marker, at once undermining the opposition defensive shape and creating space for himself to utilise. 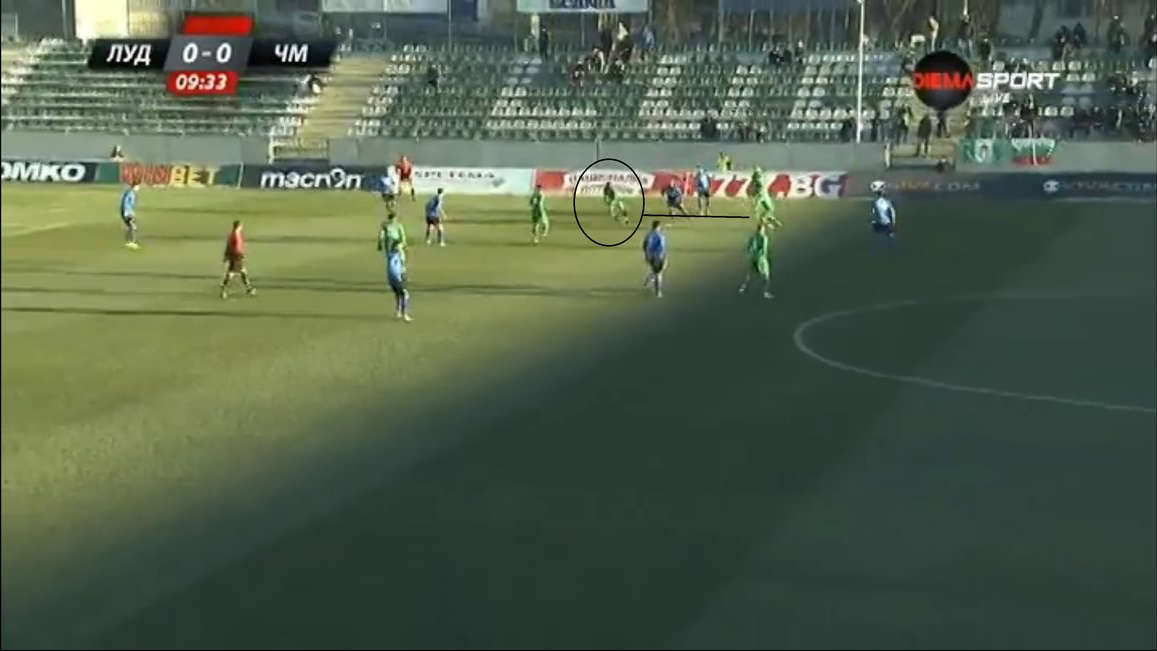 Cafu’s movements may appear ambling at times, but he is able to increase tempo with a suddenness that can take markers by surprise.

He knows when to make his move as shown below, where having maintained a wide position with his dribbling he sharply cuts infield and attacks the available space. And, along with this understanding, he possesses explosive speed that enables him to move beyond defenders. 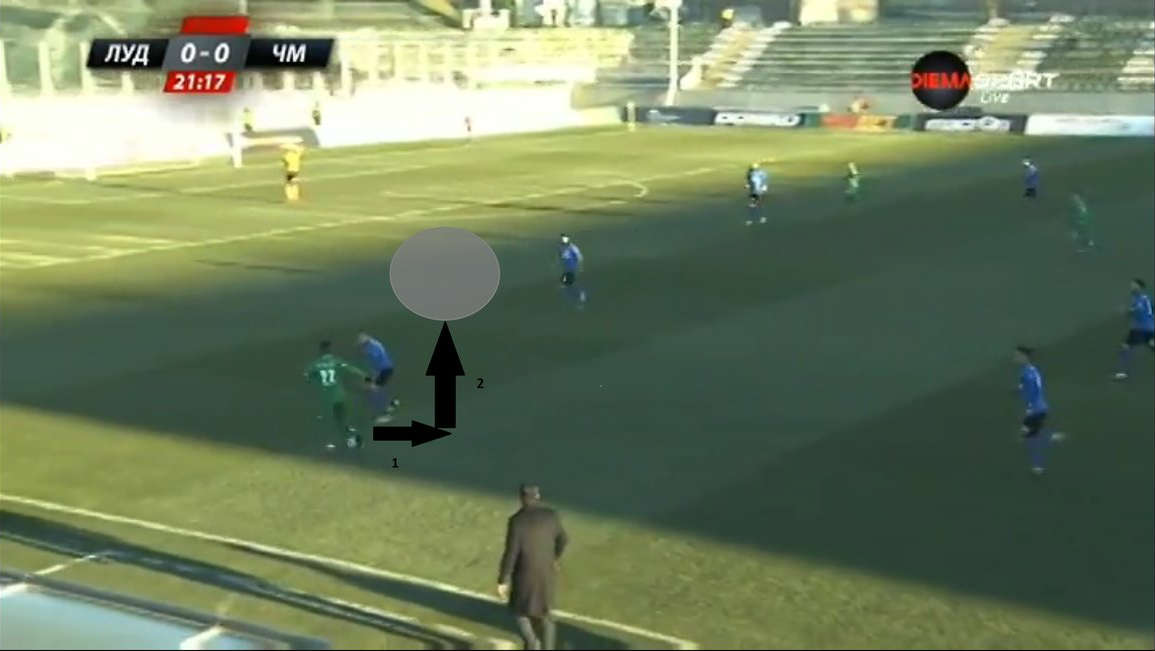 With all of this in mind, it’s worth considering who he would best suit were he to move to the Premier League in the near future. Everton, Leicester, West Ham and Crystal Palace all have different tactics and Cafu wouldn’t necessarily suit all of them.

His fluidity, versatility, speed and creative instinct bear a close resemblance to Everton’s Yannick Bolasie and, considering the Toffees have already added Ademola Lookman to their attacking options this month, a move for Cafu would not seem necessary. This is backed up by the fact that moves to West Ham and Crystal Palace appear more likely on our index.

Sam Allardyce has yet to instil his traditional virtues with the latter, who for years have been wing-focused with Bolasie, while now Wilfried Zaha and Andros Townsend are both hugely important to their attacking moves. Cafu would fit in such a system, where his talents would be prioritised, though should the manager look to use Christian Benteke as a target man more, the Brazilian may struggle to develop at Selhurst Park.

West Ham’s signing of Robert Snodgrass has reduced their need for further final third additions, though Cafu’s raw pace and acceleration would make him a natural for Leicester’s counter-attacking setup.

Claudio Ranieri’s side have continued with the same style that worked so well for them on their way to the title last season, and an injection of extra athleticism and skill would not go amiss as they seek to break out of the Premier League’s bottom half.

One thing’s for sure, we don’t expect to see Jonathan Cafu turning out for the Bulgarian side for too much longer.

For all of the latest transfer news, check out our Live Transfer blog.