Ever since he was at SSC Napoli, Premier League teams have been linked with a move for Edinson Cavani. A €64 million move to Paris Saint-Germain took him to France in 2012, but the rumours have always persisted. Manchester United have again been linked with a swoop for El Matador, but it should be the last thing on their mind.

Edinson Cavani could be heading for Manchester United…according to Monday's newspapers.

Zlatan Ibrahimović, his old team-mate at the Parc des Princes, has agreed an extension and will play another season under Jose Mourinho. Due to his ageing legs and the fact he will be 36-years old by the summer of 2018, he is not a long-term solution — he was never going to be — but moving for the Uruguayan striker is not the best option for the Manchester club.

Cavani will be 30 in February, and for outsiders looking at his campaign in France, they will be drooling over his goal record. The forward has scored 16 in 15 league games, including another two on Sunday night against league leaders OGC Nice, but it was his overall performance that should alarm anyone analysing his ability.

Cavani: that's it, use your brilliant movement to engineer a a great shooting chance

The one fact that no one can deny is that Cavani misses chances. Lots of chances. The sort of opportunities where you think it would be harder to not put the ball in the net.

However, his movement is world class. Perhaps one of the best strikers currently playing in the modern game in that regard. He pulls and drags defenders around the pitch, constantly making runs and always playing off the shoulder of the last defender.

Regardless of how many chances he misses, you must commend him for consistently getting himself in the position to miss them. However, that only carries for so long until the frustration builds. Cavani bailed out his team on Sunday, but it took a slice of luck to stop him being labelled the villain.

Balotelli had 11 touches in 16 minutes. Cavani had 16 in 90 minutes and seven of them were shots – two went in. Minimalist. #PSG

In the first half, he was put through on goal, one-on-one against Yoan Cardinale, but he completely messed up the opportunity and almost failed to make any contact with the ball.

All too often, it’s as if he struggles as soon as he has anything more than a split second to think about what he has to do. Give him a flashing chance, when just a single touch is needed and his reactions are excellent. He is deadly in those situations, but when you think he is destined to tuck a chance away, that’s when he misses.

Once again Cavani scored but take a look at all his misses (if you got all night that is). Probably will be praised for it. #PSG

In Ligue 1, even when teams like Nice, Monaco and Lyon will cause you problems in defence, you will be handed opportunities. Nice held off PSG’s advances during a hectic first half, but after a very quick goal after the break it was a howler from Cardinale that handed Cavani a tap-in. They all count, but far from the type of finish that would catch the eye.

Manchester United’s interest comes from the fact that the former Palermo forward hasn’t agreed a new deal at the Parc des Princes. His contract is up in 2018, which could mean the Ligue 1 champions could cash in this summer so as to not lose him on a free.

If Mourinho has shown genuine interest, you have to question that decision. Ibrahimović will not be there for the long haul, but at his age, neither will Cavani. One of the things that has made the younger of the two happier this term is the fact that the Swedish talisman moved on and left him to play as the proper No.9, and not as part of a front three.

There is very little chance of the Portuguese boss moving to two up-front any time soon, and that would mean Cavani reprising a role under Ibrahimović’s shadow. It’s unlikely that would appeal to the forward. 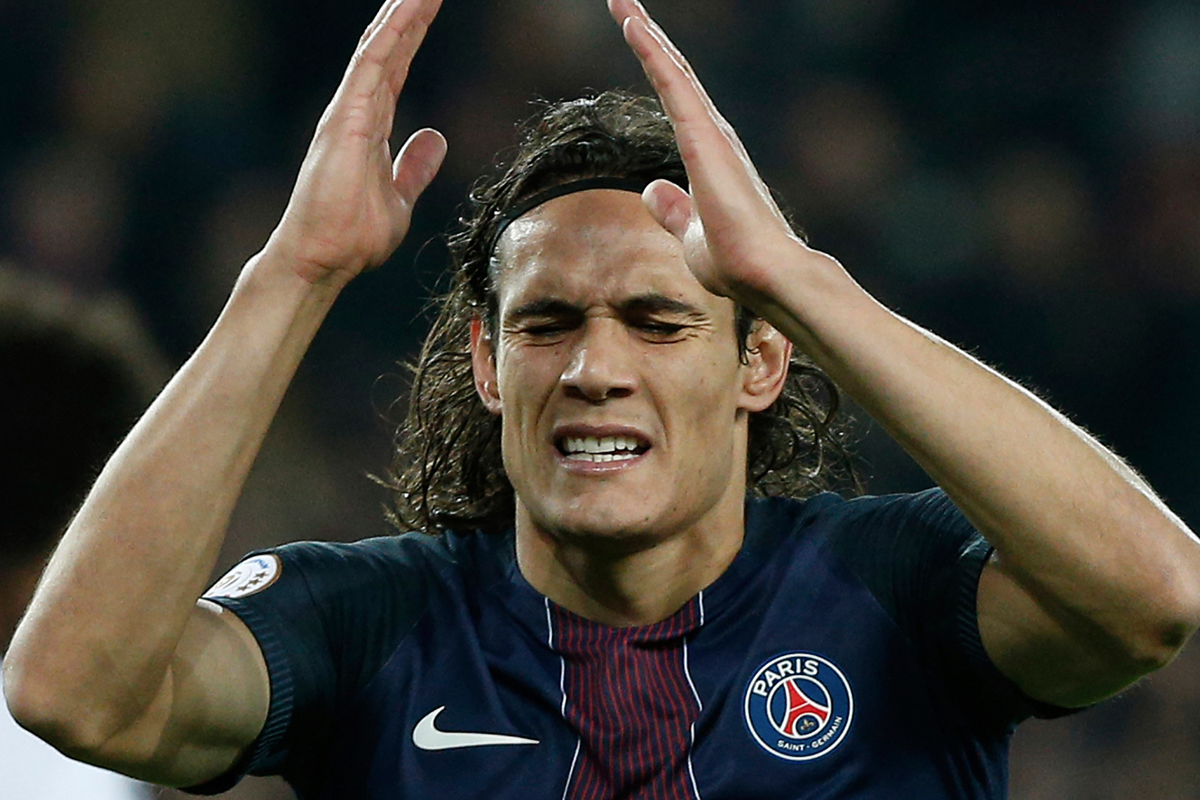 Cavani wanted to be the top man at PSG — he’s now been handed that role and he is scoring goals. There may be a chance that the Parisians also don’t see him as their long-term option. Since joining the club, Cavani has scored just twice in the knockout stages of the UEFA Champions League. For any striker, in a club looking to reach the latter stages, that just isn’t good enough.

Unai Emery is already under pressure. His team are failing to dominate their domestic league, while drawing 2-2 with Bulgarian side Ludogorets in Paris lost their place as group winners, casting a huge doubt over the Spaniard's ability to take this team further than Laurent Blanc.

If Cavani, again, struggles to fire his club into at least the quarter-finals of the competition, there should be questions asked over his ability in the crucial games. That could spark several changes this summer — whether Emery is still in charge or not.

Manchester United are fighting with a lot of good teams for a place in the coveted top four in England. If Mourinho fails, it would be difficult to convince Cavani that Old Trafford was the place for him. Yet, if they do, teaming him up with Zlatan once again is a problem that neither the club or the player would want to re-create.

Only if the Swedish forward was leaving this summer would Cavani be a feasible option, and one that could work and help the club to move on. There is no real upside from having them both at the club. 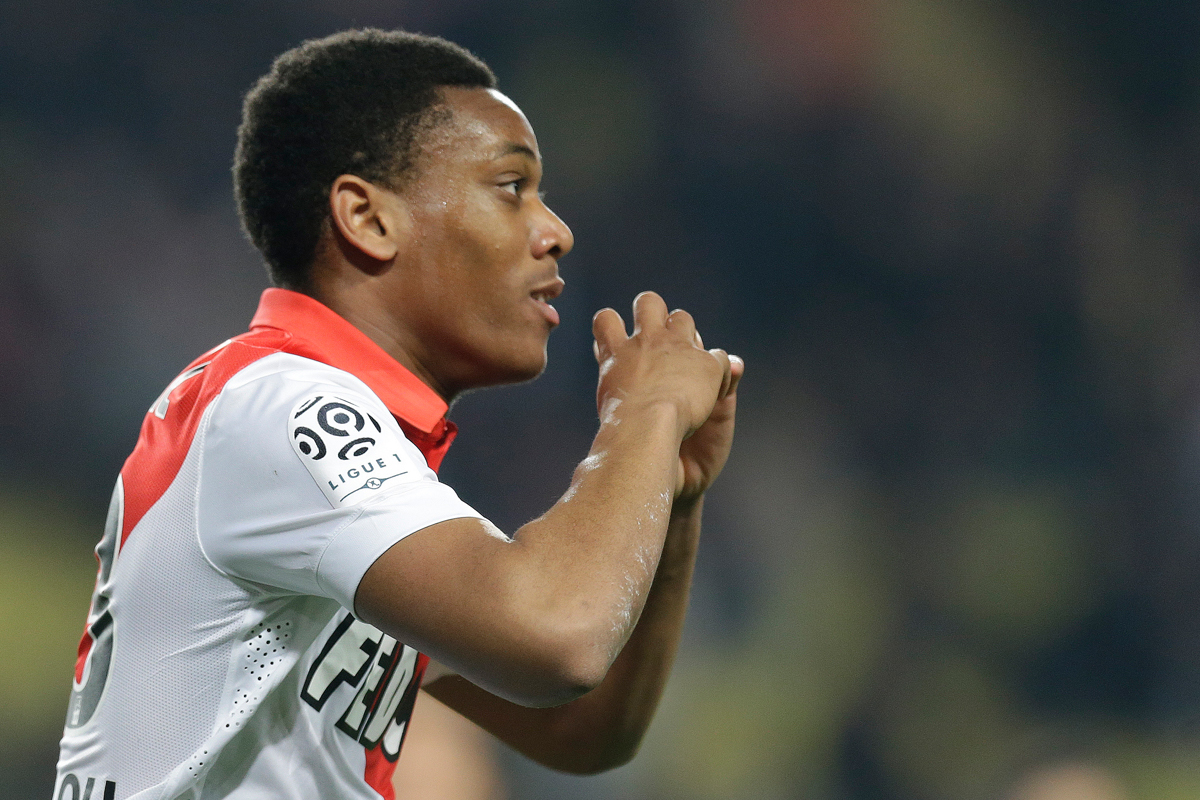 Mourinho should concentrate on getting the best out of the players he already has. People seem to have already forgotten that Anthony Martial has been developed as a centre-forward before he moved from AS Monaco.

He played beside Dimitar Berbatov when the Bulgarian took up the centre-forward role, but then the 21-year-old would be played as the lone forward in Monaco’s attack and excelled before joining the Red Devils. Martial scored eight times in 12 games before leaving in the summer of 2015.

Rather than looking to pay over £50 million for an ageing, far from clinical striker, it would make much more sense to develop the young Frenchman as the man to replace Ibrahimović when he leaves in 2018. He also has Marcus Rashford too, with that young duo a mouth-watering prospect for the future.

It’s far too easy to constantly throw money at a problem. Especially for a name that has long been linked with a move to England. Cavani is a good striker, and if you build the team around him, he will find the net, but he’s not a man for the big occasion.

Mourinho’s best option would be to let his young strikers soak up as much experience as they can from Ibrahimović over the next 18 months and then let them lead the way, spending money to complement them, rather than knocking them back down the pecking order.