At the start of the summer it seemed like Romelu Lukaku would be on his way back to Chelsea, while Álvaro Morata was off to Manchester United.

But José Mourinho decided he wanted the Chelsea transfer target, who he previously worked with while with the Blues, leaving the Spaniard free for a move to Stamford Bridge.

The two lined up against each other for the first time this season, and there was bound to be talk of which one has proved to be the better signing.

Based on yesterday’s 1-0 win for Chelsea, that accolade would surely go to Morata, as it was he who scored the winning goal rather than Lukaku, who has come in for criticism for his performance.

Pundit Chris Sutton has laid into the Belgian for his performance on Sunday.

“At 6ft 3ins, Romelu Lukaku is one of the most physically imposing forwards in the Premier League,” he wrote in the Daily Mail.

“Yet he was bullied all afternoon by Andreas Christensen – on only his fourth league start for Chelsea – and César Azpilicueta who is almost half a foot shorter.

“The accusation levelled at Lukaku is that he does not turn up for the big games. I do not like calling players out for a lack of effort but on this evidence, it is hard to argue.”

A poor record vs the big six

The Belgian’s record in big games isn’t great for a striker of his quality, and you can’t argue with that.

Since arriving in the Premier League, he has 92 goals in 197 games.

Yet of those, he has only scored 15 goals in 60 games against the ‘big six’ clubs of Arsenal, Chelsea, Liverpool, Manchester City, Manchester United and Tottenham Hotspur.

Of course, he can’t score against United anymore now he plays for them, but he only managed three in eleven games against them before arriving at Old Trafford.

Those statistics mean only 16.3 per cent of his goals have come in the 30.4 per cent of games against the top sides in the Premier League.

And he didn’t help prove his doubters wrong against Chelsea, by failing to register a single touch in his former club’s box as he extended his goal drought to seven games and continuing his record of failing to score against the Blues in the Premier League.

Was his performance vs Chelsea that poor?

Of course in an ideal world, Lukaku would have had a touch in Chelsea’s box, but that doesn’t mean his performance was quite as bad as some may make out.

Unlike his strike partner Marcus Rashford, he did manage a shot on target, with a lovely turn from the edge of the area leading to Thibaut Courtois pulling off a great save.

Perhaps his performance was due to his lack of goals at the moment, as he tries to get into the game.

Despite that, Alan Shearer claimed that’s the wrong thing to be doing on Match of the Day 2.

He said: “When you're on a barren spell, forget everything about going out wide, about coming deep, thinking I'm not getting a touch of the ball.

“It’s time to be selfish. Width of the 18-yard box, that's what he's got to think about. Let the people create the chances for you. He's a goal-scorer and he’s getting judged on scoring goals.”

And while he may not have done that, that was largely because his Manchester United team-mates didn’t allow him to do that.

They didn’t get the ball into him in the box, despite his best efforts. 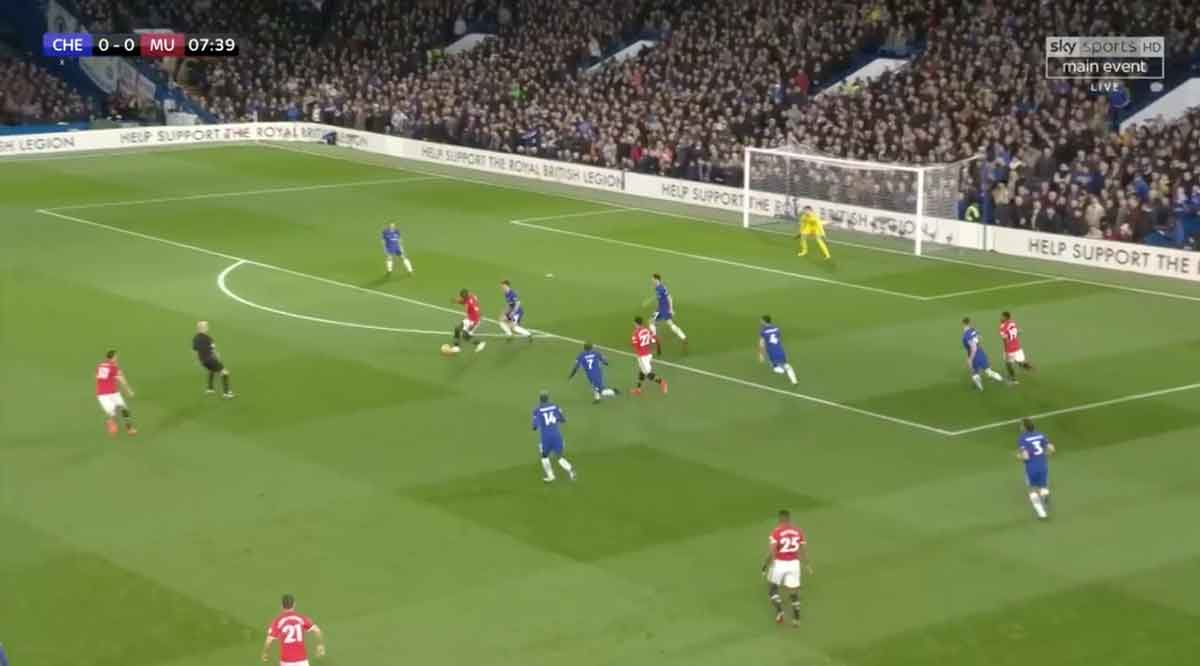 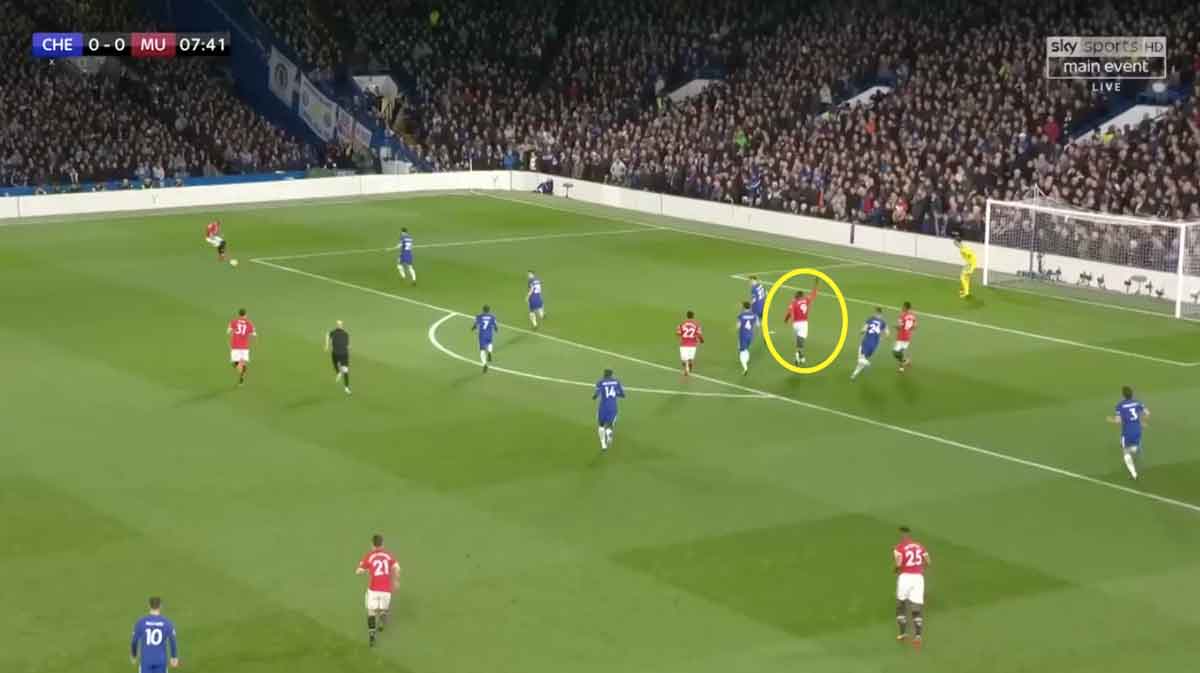 As you can see below, he got involved well in the buildup play and got into the right positions, playing a lovely ball out wide to Ashley Young and running in between Christensen and Gary Cahill.

You can tell the young Dane is worried as he looks over his shoulder and if Young plays the ball onto the Manchester United No.9’s head, it’s a certain goal – yet the cross wasn’t good enough.

Once again below, you can see how his linkup play was perfect to get him into an opportunity to get a show away. 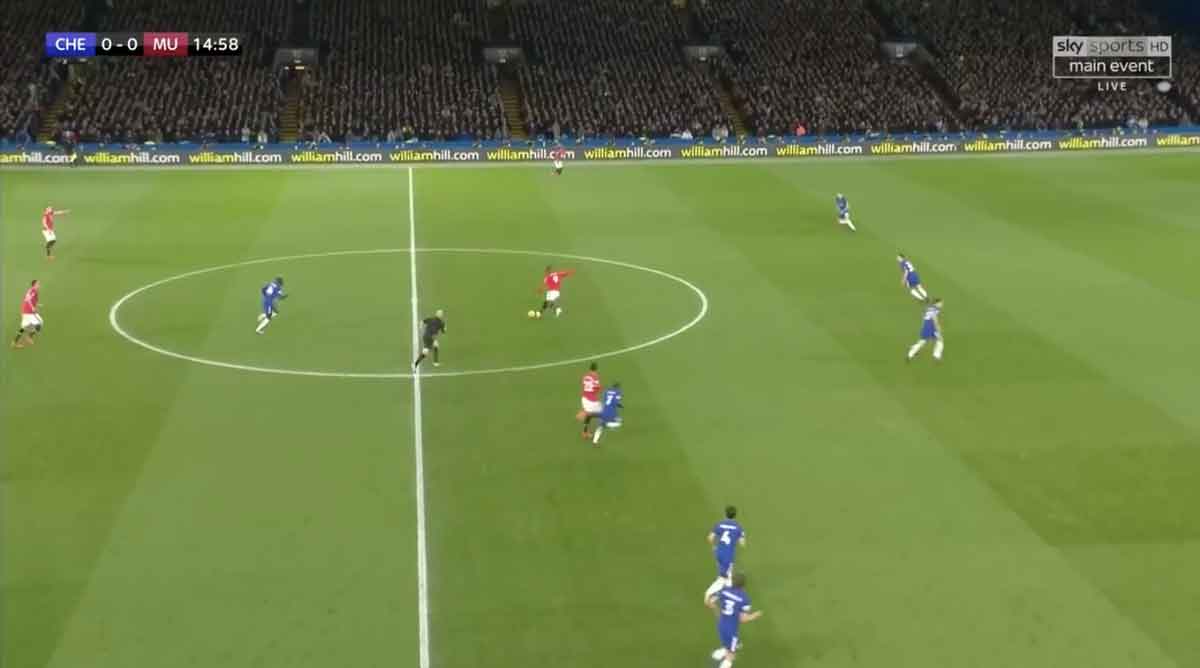 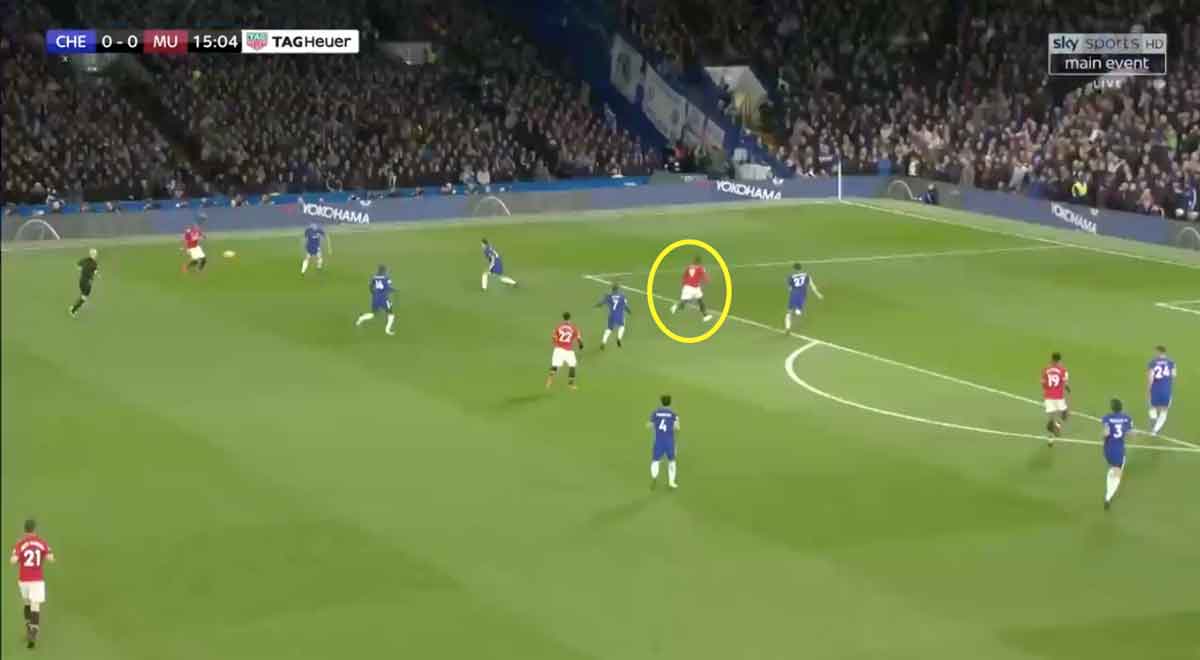 He picks the ball up in the middle of the pitch, playing a ball wide to Young before running into a dangerous position.

Lukaku may be slightly wide, narrowing the chances of him scoring, but you’d expect him to get a shot away from the position you can see in the second image, yet Young’s ball failed to make it past the Chelsea defence. 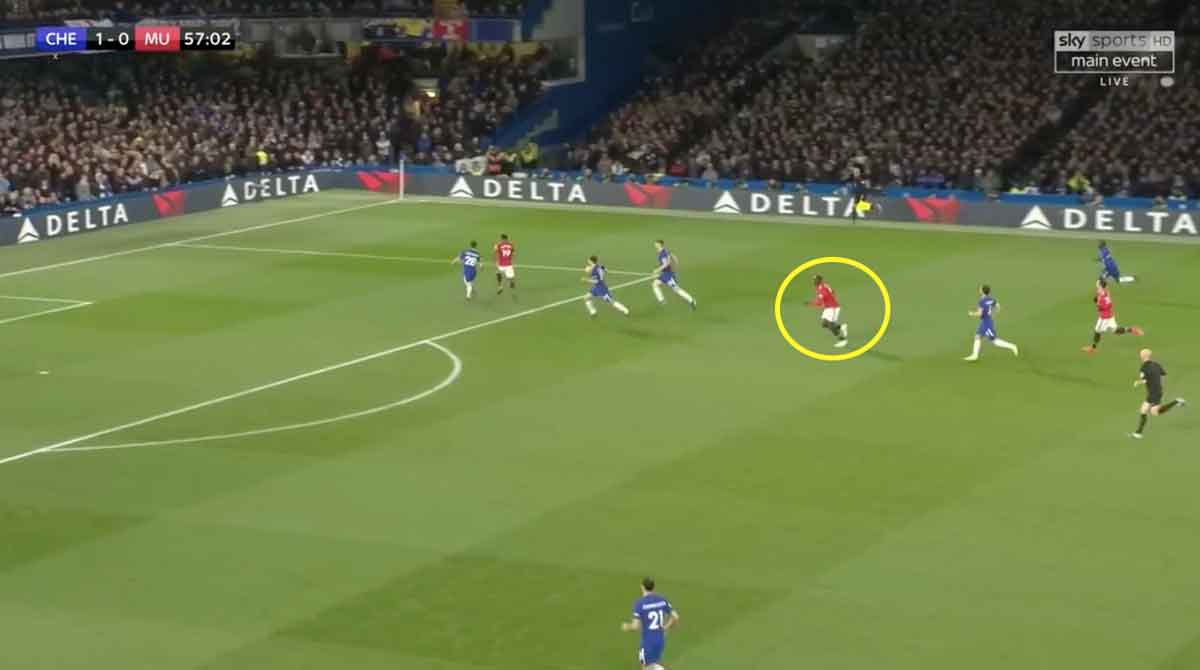 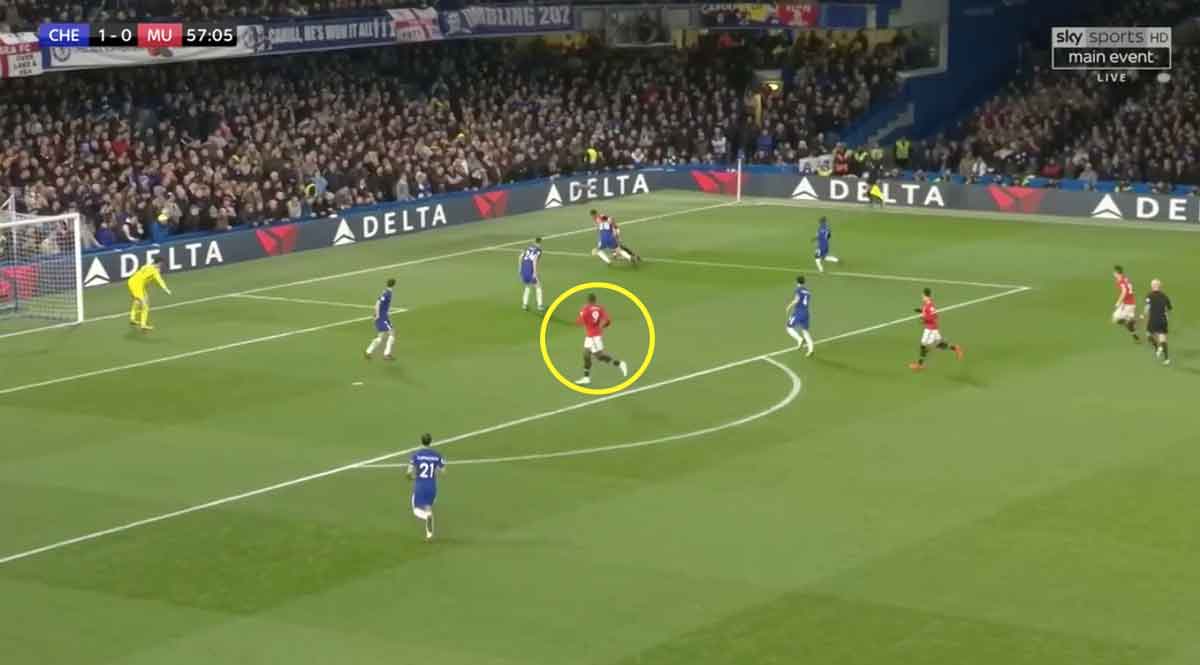 And in the stills above, you can see how the Belgian once again puts himself in a good position if the ball can get over, with this time Rashford failing to put a decent cross in, instead running out of space and failing to keep the ball on the pitch.

If you look at Manchester United’s record against Liverpool, Tottenham and Chelsea this season, the three teams from the big six they have faced, they have just one goal – which is typical of a Mourinho side, with the Portuguese manager famed for keeping it tight against the big clubs – especially away from home.

In those two away games, United’s expected goals (xG) were 0.24 (against Liverpool) and 0.77 (against Chelsea).

In the home game, against Tottenham, their xG was only 0.91. If they aren’t creating the chances in the big games, Lukaku can’t be expected to score in them regularly.

Sutton is right that he didn’t have the best game, with Christensen and Azpilicueta particularly outstanding – the Dane put down a marker by winning their first aerial duel after just nine seconds.

In the stills below, you would hope Lukaku would bring the ball down and play it onto Rashford, but Azpilicueta was just too switched on. 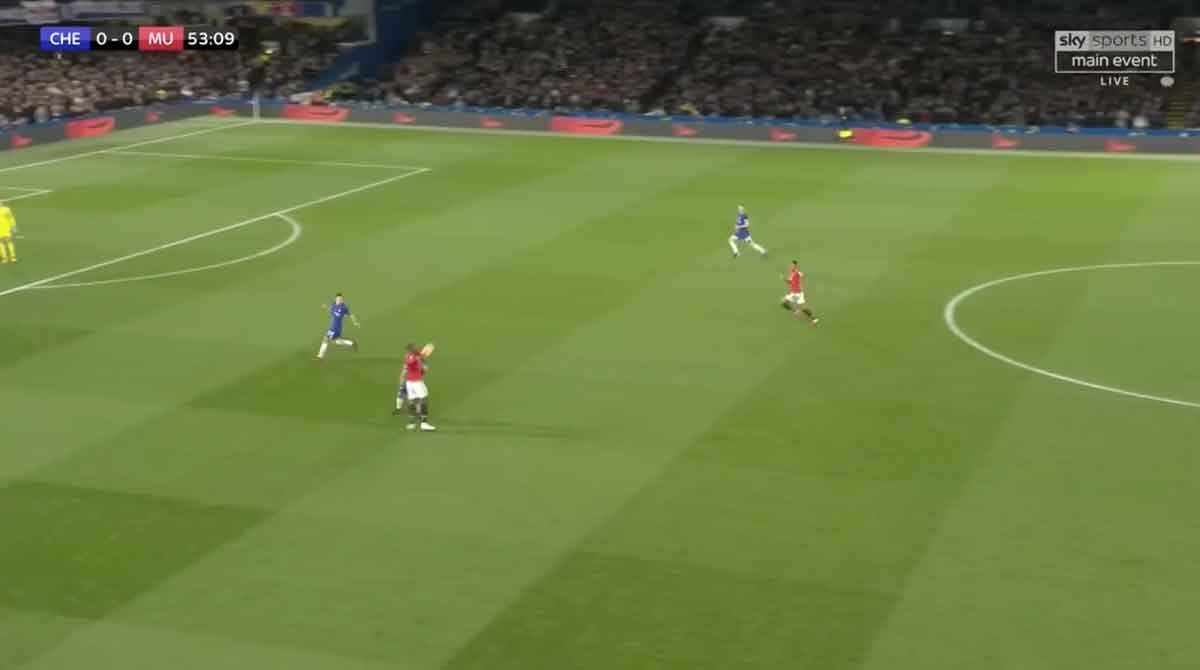 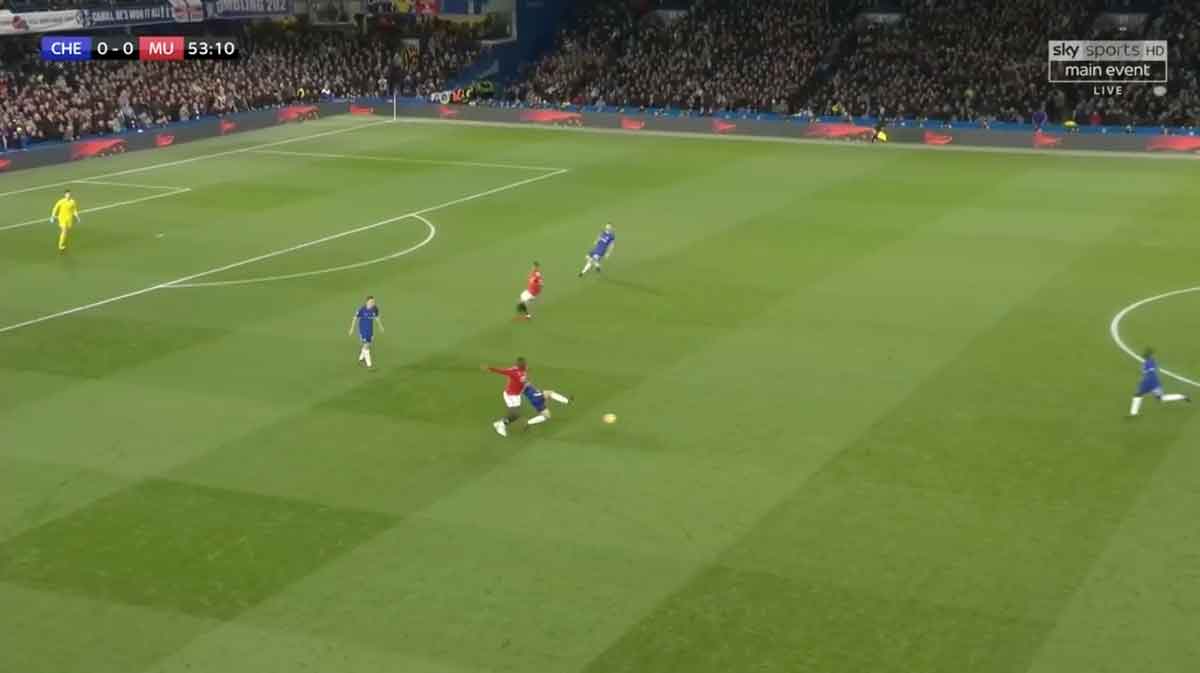 And that lack of touch to bring others into play was evident later on as well, when he failed to take down a ball from Young, letting Christensen nick in and steal it (below). 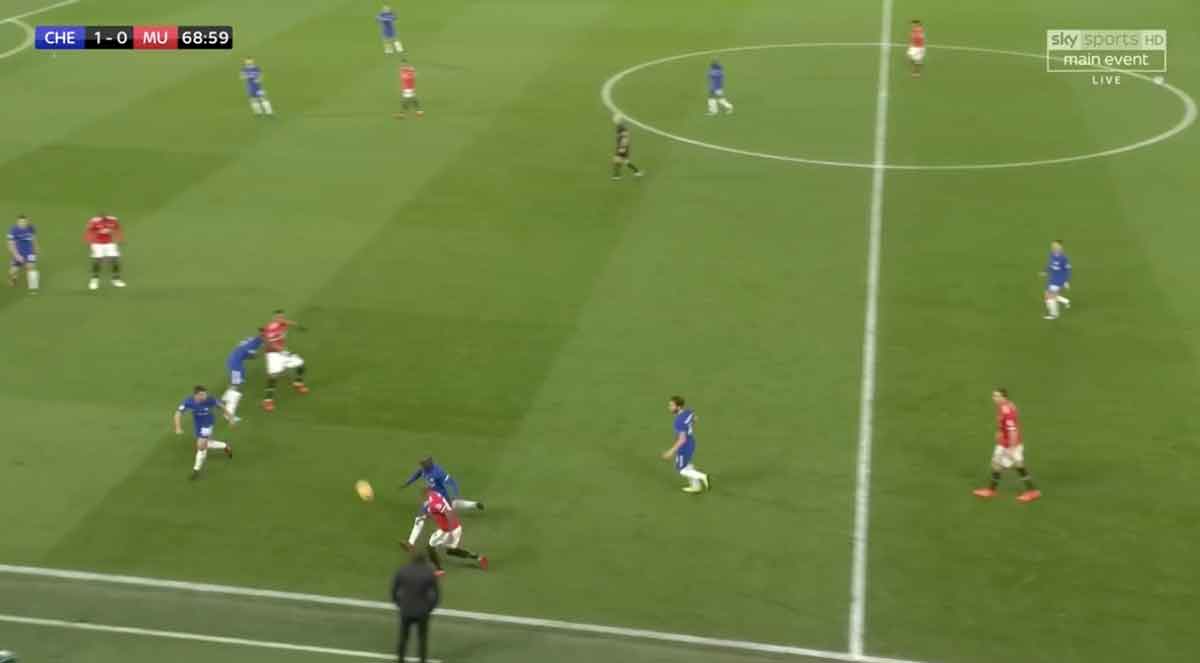 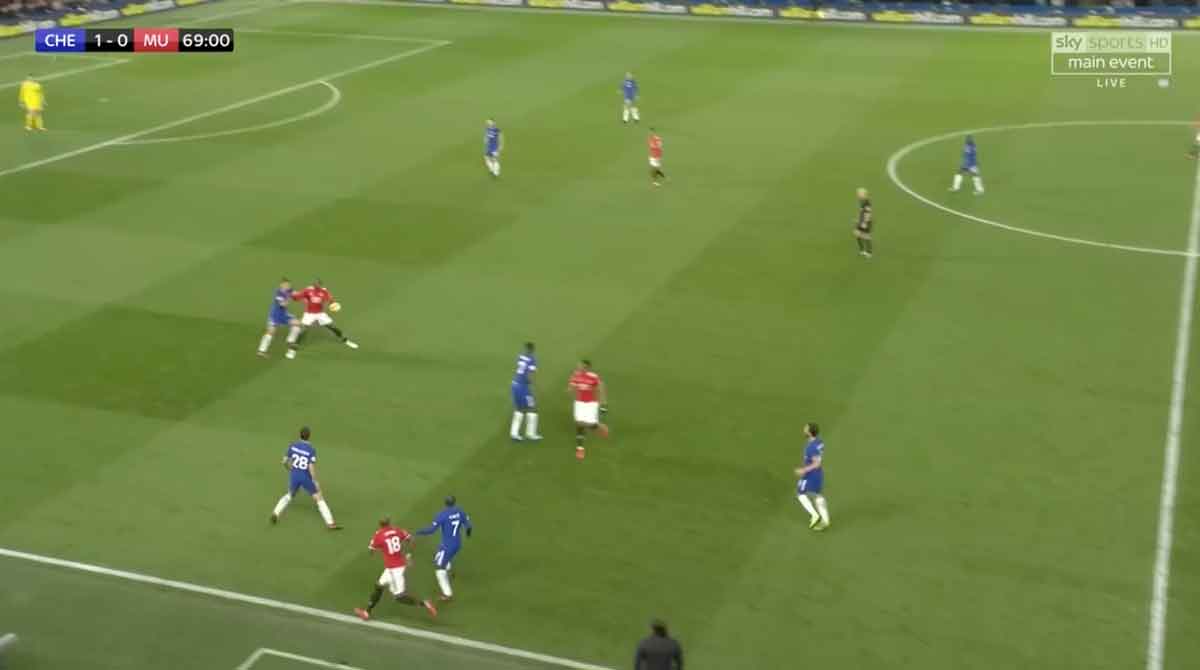 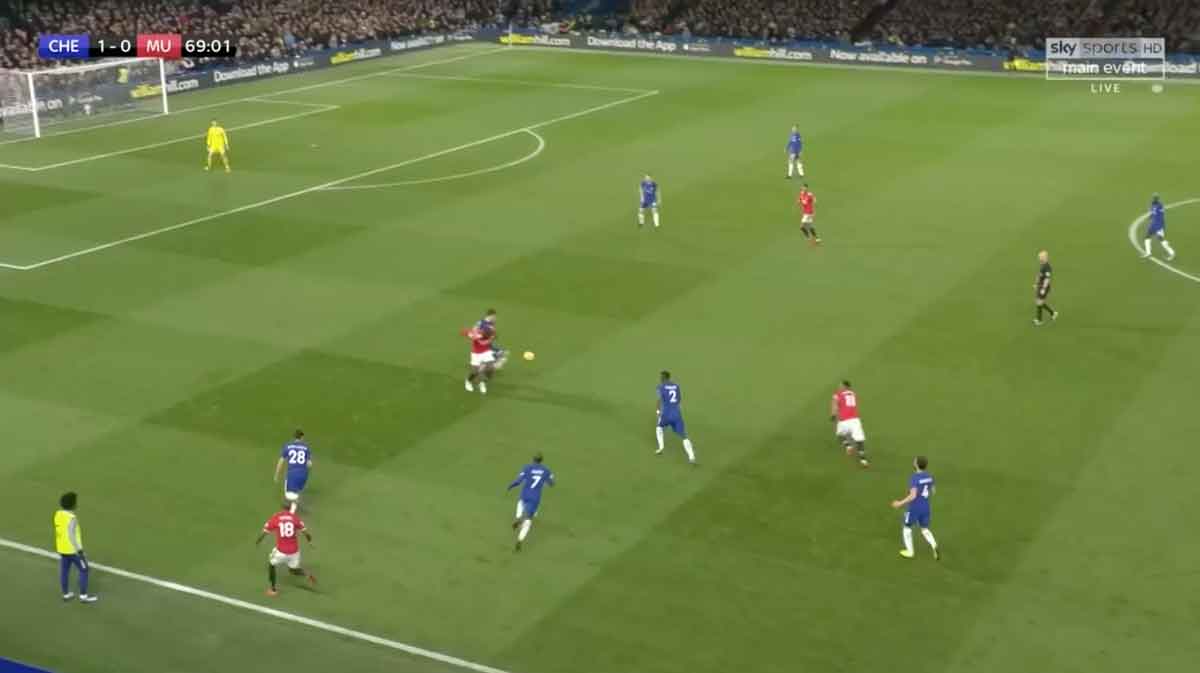 But that isn’t his strength, that is finding the back of the net, and the way United play in the big games, that isn’t allowing him to do that.

At Everton, he was in a team that although they could win the games against the big six, they weren’t necessarily expected to.

And at United, with how Mourinho lines up in the big games, it doesn’t play into Lukaku’s hands at all – meaning that although his record against the big six isn’t ideal, it’s not all his fault.