They say every player has a price and logic dictates that to be true. It all depends on what a club identifies itself as. Some believe they can compete by keeping their most talented and buying the rest, while others feel the best way to develop is with slow progression, producing players from their youth system and selling them on for a huge amount of money, which is then recycled into the club again.

On the surface, the first way has much more success, certainly immediately. But there are some clubs who have successfully mastered the second route and continue to defy public opinion by climbing the footballing ladder, with or without their star attractions.

Football can, more or less, be divided into buyers and sellers. Elite clubs, like Real Madrid and Manchester United, and those attempting to reach that level with external investment, Manchester City and Paris Saint-Germain included, definitely go with option one, because the demand for success has never been so strong and the best way to get it as soon as possible is by assembling the best squads with a bulging chequebook.

Going against the grain is exactly what made Barcelona call themselves ‘more than a club’. Catalonia has always been a unique region of Spain, full of differing beliefs and even an alternate language to the rest of the country. They have set their own trend ever since the civil war when the country was under the charge of dictator General Franco midway through the twentieth century, and the main football club in the area is the perfect representation of that.

Since 2006, the blaugrana have been a constant force at the top of the European game, dominating the Champions League in particular with four wins to their name in eleven years. But their success was never about spending the most money, instead putting a distinct plan in place to develop youngsters, which centred on the footballing principles of former player and coach Johan Cruyff. Right throughout the academy, La Masia, a philosophy which balanced winning and entertaining in equal measure. Enough of those who progressed through have been able to recreate those ideas at the top level.

In doing so, Barcelona created arguably the greatest team of all time by spending a lot less on transfers each summer than their rivals. It would be amiss to suggest big signings were never made, because they were, but generally speaking they were successful having promoted from within. Unlike others who then cashed in on their stars, Barcelona kept theirs and made them the heart of the club. Not only were they incredibly talented, but they understood the philosophy of the club and identified with it. 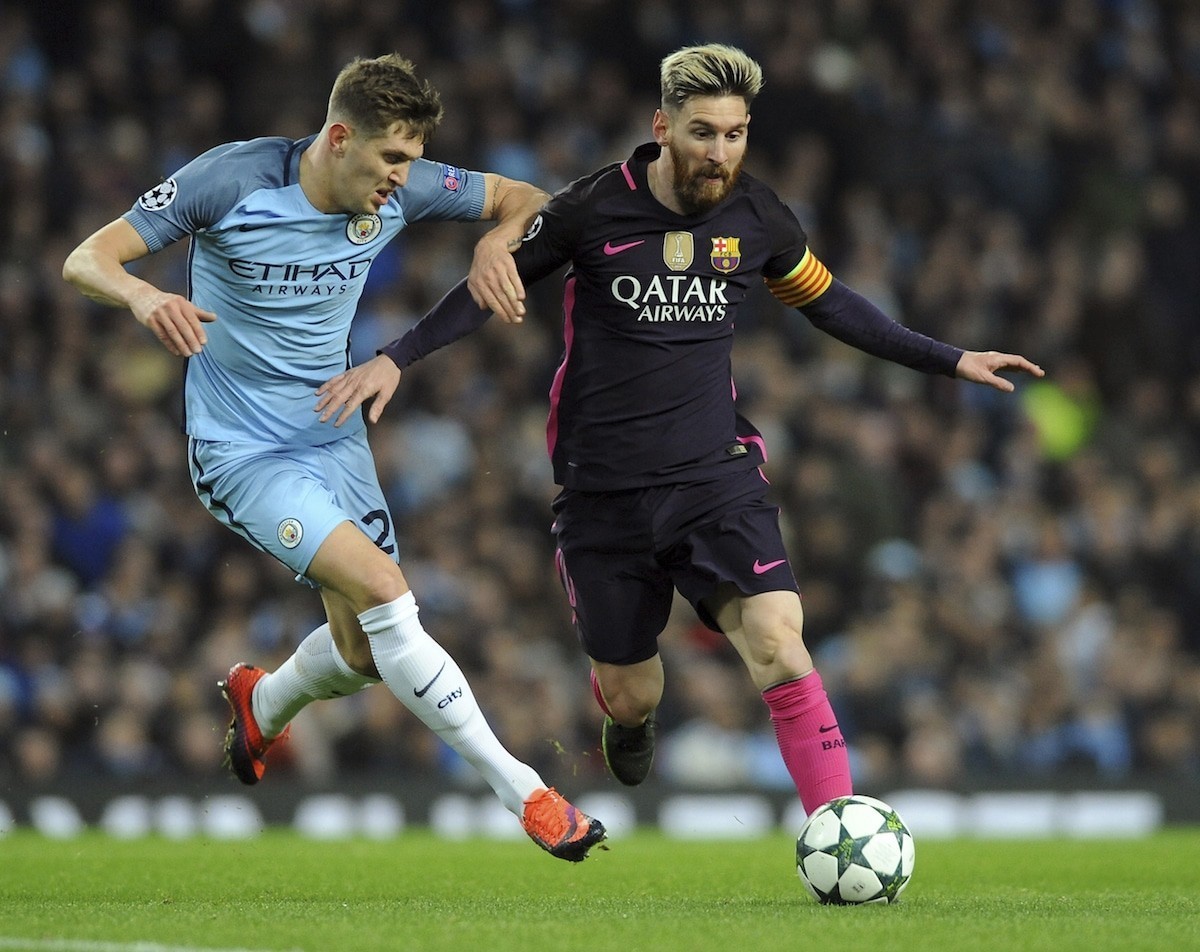 READ MORE: WHY NEYMAR IS BECOMING AS IMPORTANT TO BARCELONA AS LIONEL MESSI

Loyalty was a key component of this side, and that was a huge stride for Barcelona. It ensured that none of the players wanted to go anywhere else, least of all their eternal rivals Real Madrid. The club, and fans, have never forgiven Luís Figo for crossing that divide in 2000, allowing Los Blancos to flex their financial muscles in a then world-record £37million deal.

To name every successful Masia graduate would overstate the point, but Gerard Piqué, Xavi Hernández, Andrés Iniesta and Sergio Busquets were among the cream to rise to the top. Even the manager between 2008 and 2012, Pep Guardiola, graduated himself before enjoying a great career at Camp Nou, which began under Cruyff in the early 1990s. Lionel Messi, though, surpassed all others, having rewritten history on the pitch, particularly since he and Guardiola began working together nine years ago.

Messi has put the idea of everyone having a price under scrutiny. In order to protect their assets over the years, Barcelona insert incredibly high buyout clauses into contracts, making it all but impossible to sign them.

Some have tried, notably Madrid with Messi, desperate to pull off another Figo-esque deal by luring the Argentine to the Santiago Bernabeu. Barcelona put in a lot of faith and money when bringing Messi to the club as a 13-year-old at the turn of the century, and as a sign of never forgetting that, the five-time Ballon d’Or winner has always insisted he will not leave while still wanted at Camp Nou.

For years, the marriage of club and player seemed unbreakable and the idea of luring him away seemed like a distant fairy-tale. Time has progressed, though, and things at Barcelona have changed, notably in the boardroom.

On the pitch, under current boss Luis Enrique, success is still being achieved. The fourth of those Champions League triumphs came as part of a treble in 2015, and they are hoping to defend their LaLiga title for a third straight year come May. Yet the team ethic is not geared towards entertaining in the same way, and the devotion to Cruyff is no more.

The graduates who have led the club are getting older, Messi included, and instead of developing from within again, Barcelona are making high-rolling signings as readymade replacements, just like the clubs they were attempting to differentiate themselves from. Luis Suárez and Neymar are the two biggest names to arrive in recent years.

In the short term, they’ve been immense, combining with Messi in attack to cause havoc for opponents. If there was one criticism of Guardiola’s team, it was that they were too one-dimensional, but while that appeared to change with this new strikeforce, in reality, the dimension has just shifted and the club’s identity is suffering.

Barcelona continue to lose the values that set them apart, including the undying loyalty of their players. Neymar, Busquets and Javier Mascherano all signed new deals recently, but not without first assessing their options in a way they wouldn’t have in years gone by. Messi’s contract is somehow not renewed yet either, with confusion over whether progress is being made. Allowing the deal of a talismanic figure like him run down to just over a year left on it is criminal, and points to similar issues which surrounded the club back when Figo departed.

Lionel Messi loves Barcelona as much as ever, and it is still incredibly likely he will stay beyond 2018. Whether the club are not appreciating him enough is debatable, but the situation shows tougher times may well be on the horizon.

IS IT THE RIGHT TIME FOR BARCELONA TO SELL LIONEL MESSI?