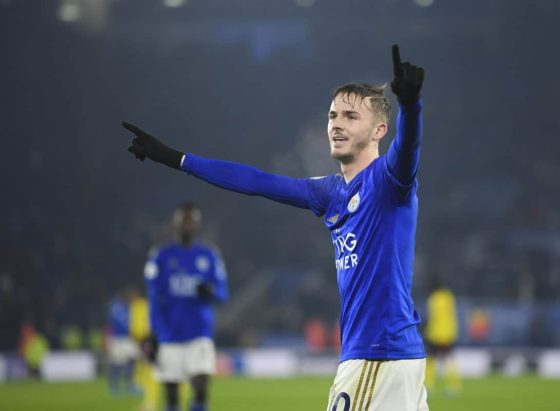 It’s been a hugely disappointing season for Leicester so far, but midfielder James Maddison has remained at the very top of his game, and continues to shine for the Foxes in the Premier League.

Thankfully, statistics are not absolutely everything in the modern game just yet, but the midfielder’s numbers have once again been terrific in the early stages of the new campaign. The 25-year-old has six goals and two assists from 11 games this season.

The figures follow on from his 18 goals and 12 assists last time out, when he largely found himself playing in attacking midfield in what was an exciting Leicester side.

But for the time being, the Foxes are struggling, with just three Premier League wins to their name this season. It sees them sitting 16th in the table on 11 points. This has largely been down to poor form at the back, with the club conceding 24 goals so far, the lowest in the entire league.

Scoring goals, on the other hand, has absolutely not been an issue. The club are well ahead of many in the table in this respect, with their playmaker Maddison responsible for the majority of their success in the final third.

Leicester manager Brendan Rodgers has chopped and changed his formations this season, but has more often than not opted for a 4-1-4-1 system, which has seen Maddison push out wide to right midfield. The manager has used it on occasion before, but now it seems it is definitely the formation he sees the Foxes must adopt going forward.

Rodgers has entrusted central players Kiernan Dewsbury-Hall and Youri Tielemans with much of the running and tackling, allowing Maddison more creativity to run with the ball or indeed pick out that crucial pass in the final third. It’s a system that has certainly witnessed Maddison thrive, but it remains to be seen whether the team as a whole are benefitting.

As mentioned, Leicester’s number 10 has seen this formation before, but his maturity is now coming to the fore, with Maddison often single-handedly picking up points for his team. The likes of Jamie Vardy and Harvey Barnes, who are usually on hand to find the back of the net more often than not, have both been quieter than usual lately.

Maddison is now into his fifth campaign with Leicester, with the midfielder boasting 182 appearances for the Foxes. He has scored 51 goals in that time, chipping in with 34 assists. The former Norwich and Coventry man has had to work hard to get to the top, and at just 25 years old, the sky really is the limit for his capabilities.

As shown by the situation regarding Liverpool right-back Trent Alexander-Arnold, places in the hugely-competitive England squad are hard to come by. Status alone is evidently not enough to please Southgate, with the manager clearly not afraid of making big calls that don’t please everyone.

That has been the case with Maddison, who somehow has just one England appearance to his name, making his debut in November 2019 in a Euro 2020 Qualifying victory over Montenegro.

He does, however, have somewhat of a black spot on his international career, once withdrawing from the England squad through illness before being spotted visiting a casino, drawing criticism from many.

On the pitch, he finds himself competing with a long list of players for a spot in the squad. Declan Rice, Jordan Henderson, Jude Bellingham, Mason Mount and James Ward-Prowse are all seemingly ahead of him in the midfield pecking order.

Moving slightly further forward, and the likes of Jack Grealish, Phil Foden, Jarrod Bowen, Raheem Sterling and Bukayo Saka were all favoured by Southgate in the most recent England squad.

But this winter, Maddison's versatility could be key, particularly if Southgate is required to change his system from match to match, or even during games, if issues like injuries or fatigue come into play, which may just be a reality when it comes to Qatar. England will meet Wales, Iran and the USA in Group B of the 2022 World Cup. 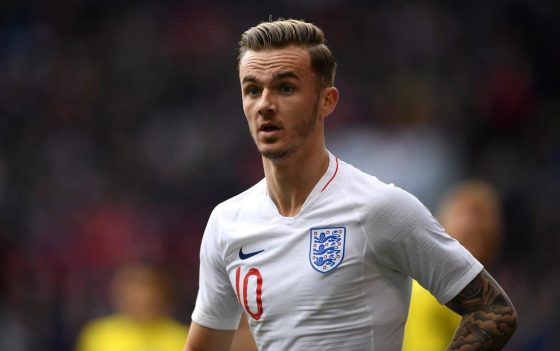 Could Leicester lose their star midfielder?

Leicester’s activity, or indeed lack of activity, in the summer transfer market annoyed Rodgers, with the manager only really bringing in young centre-back Wout Faes from Stade Reims, having lost Wesley Fofana to Chelsea and goalkeeper and captain Kasper Schmeichel to Nice.

But perhaps the most noteworthy decision in the transfer window was that of Leicester’s star men to stay at the King Power Stadium, apart from Fofana of course. Worryingly for Rodgers, however, the links will no doubt start up again ahead of the January transfer window. And it is a situation that the club knows all too well.

Fofana was the latest in a long line of Leicester players to move on to pastures new after finding an adopted home at the King Power. Harry Maguire, Riyad Mahrez, N’Golo Kante and Ben Chilwell all starred for the Foxes before big money moves to the giants of the Premier League. The likes of Tielemans and Timothy Castagne could be up next.

But perhaps Rodgers’ main concern will be losing Maddison, particularly if he goes on to play a starring role in Qatar. But where could the midfielder end up should he leave the Foxes?

North London rivals Arsenal and Tottenham Hotspur have both been linked with Leicester’s number 10 in recent times, as have fellow title chasers Manchester United. But the strongest rumours now seemingly lie with the new and improved Newcastle United.

The Magpies have been very busy in the transfer market of late as they look to build a team that is capable of challenging for European football. Currently sitting in 4th, they are showing signs of doing just that, but whether or not their current squad is capable of maintaining that fight all season remains to be seen. A player like Maddison could be the difference. 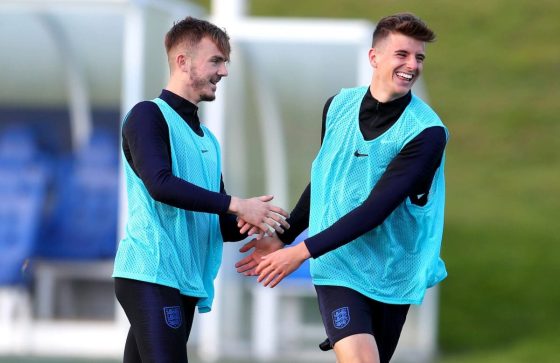