Last week, Juventus were within seconds from pushing the reigning Champions League winners, Real Madrid, to extra-time. Remarkably, they came back from losing 3-0 at home in the first leg of the Quarter-Final to tie things up in the Spanish capital.

Then there was a last-gasp penalty decision, and a Cristiano Ronaldo winner.

Ultimately, the 3-1 victory on the night felt hollow afterwards, once the reality of elimination had hit the Serie A leaders.

However, there were positives to be taken from the performance. One is that they appear more than capable of competing at the highest level even when without Paulo Dybala, their star player.

The 24-year-old has, with six league matches left to play, already beaten his previous best for goals scored in a single season, hitting 21 in 27 appearances. Yet, beneath those sublime strikes, things have been far from plain sailing for the Argentine.

He has endured spells out due to both injury and Massimiliano Allegri’s decision-making, and, in December, Juventus legend and current Vice-President Pavel Nedved appeared to publicly question the player’s attitude.

“The only advice I can give him is to always give his all in training, to make sacrifices in his private life,” Nedved told Sky Sport Italia. “By doing this, he can become truly great.”

It’s fair to say that there remain doubts around the exact levels Dybala can reach, and the second leg win over Real Madrid pointed to a rather sizeable elephant in the room: maybe, just maybe, Juventus would be wise to explore what life is like without their top scorer in the starting line-up.

Dybala is the jewel in the Italian champions’ crown. The last four years have seen him grow from Palermo squad player to Juventus key man, and his increased potency in front of goal is a noteworthy development. He does so much so very well – his touch is exquisite, his movement intelligent; he times his runs to perfection, and he is a clinical finisher. However, he is also highly specialised.

The 24-year-old is at his best when operating somewhere in or around the right-sided inside channel. In this zone he can drop deep to offer a forward pass to his deeper teammates, or go off on one of those devastating diagonal runs inward onto his precise left foot. He creates and takes chances, sometimes all within the same move.

Juventus have accommodated his specialism, for the most part, because of his obvious gifts. Yet there are times when switching away from a system that involves a second striker is the best course of action, and this is where Dybala’s place in the side comes under threat.

He is, quite specifically, a second striker. He is not a lone frontman – despite having performed the role efficiently for a counter-attacking Palermo side several years ago – and he is also not a winger. His ideal situation is playing behind a classic No.9, such as Gonzalo Higuaín, but this doesn’t always suit the team. 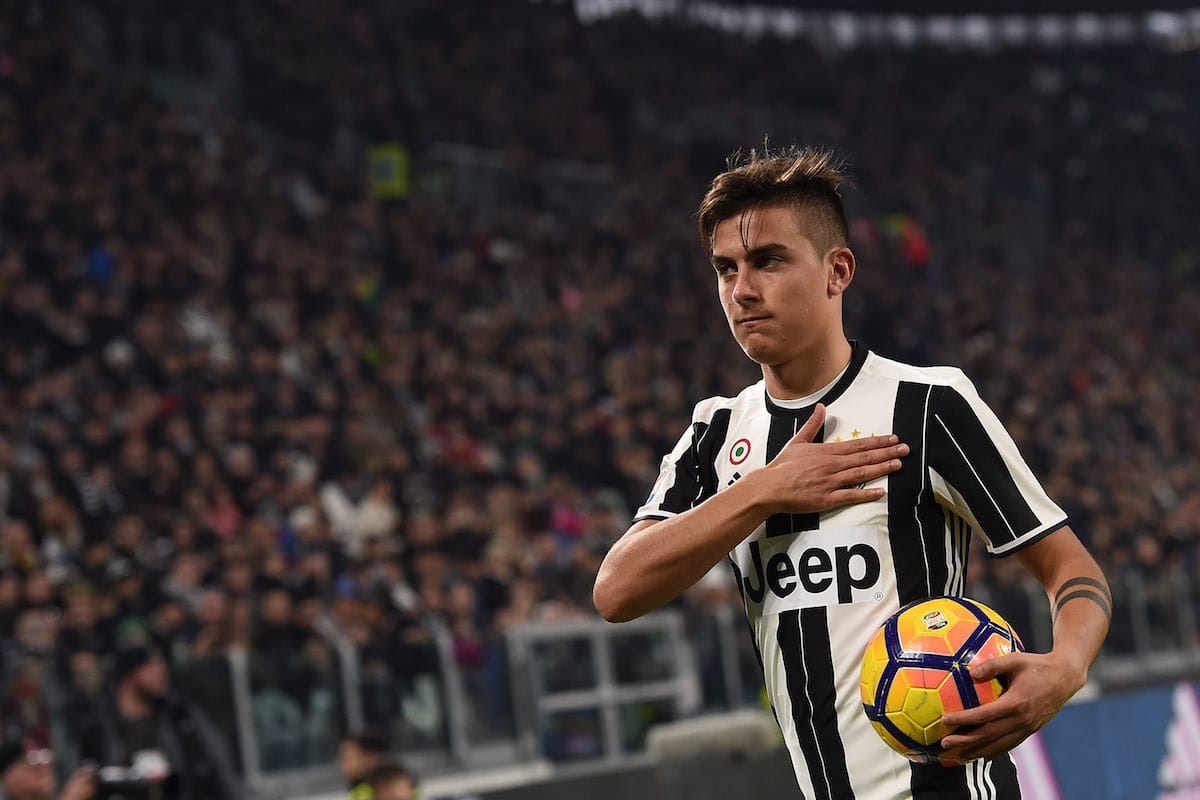 Juventus went all guns blazing last season in their bid for the Champions League. Allegri decided to go for a 4-2-3-1, and they made it all the way to the final before Real Madrid exposed the flaws in a gung-ho system. This term Allegri has learned his lesson, often opting for a much safer 4-3-3 shape that offers the security of an extra man in the middle of the pitch.

The Bianconeri are arguably at their collective apex when playing this system. Higuaín relishes any opportunity to act as the out-and-out focal point, while Allegri’s desire for width can be satiated, with one of Douglas Costa, Federico Bernardeschi and Juan Cuadrado taking up the right wing, and Mario Mandžukić, whose aerial ability provides an alternative outlet, stationed on the left.

Within the 4-3-3, Higuain is often supported by dangerous forward runs from Sami Khedira and Blaise Matuidi in the outer midfield positions, while the pace, skill and work ethic of Costa, Bernardeschi, Cuadrado and Mandžukić ensures a threat in wider areas.

Dybala, however, lacks this quartet’s pace, energy and tenacity, which is why he is rarely utilised on the wing, where tracking back in the defensive phase is a must.

Juventus have a slightly better record in the 4-3-3 than they do in other systems. Not only do they average more points per game – 2.7 compared to 2.6 – but they concede dramatically fewer goals per game – 0.2 compared to 0.9.

The latter statistic is evidence of the aforementioned security guaranteed by that extra man in central midfield.

Allegri’s side are also a faster, more diverse attacking outfit in the 4-3-3 shape, as opponents who aim to congest the centre are forced to face a completely different set of threats in wider areas.

Unfortunately, crowbarring Dybala into this system threatens not only the player’s potency, but the team’s effectiveness. This will be a concern for some, but a Dybala-less Juventus are still a formidable Juventus – in the five league games the player has missed out on this term they have not dropped one single point or conceded one single goal.

Allegri prides himself on his flexibility. His main tactical priorities are, in his own words, “shape and discipline and instincts”. The formation isn’t particularly important to him, which is why he changes it with blurring frequency.

While his side seem to play their best in a 4-3-3 setup, he is highly unlikely to devote himself entirely to one system.

However, the equally positive news for Juventus – particularly when the summer transfer window opens and speculation envelops their star – is that they don’t need to base their tactics around him. They can win without Dybala.