John Cross of the Mirror claims Liverpool are eyeing up Joe Hart with the hope a deal can be struck to bring the Manchester City ‘keeper to Anfield in the summer.

This story comes from the same journalist who, in the summer of 2013, was adamant Luis Suarez would be joining Arsenal so Liverpool fans can be forgiven for not being entirely convinced by reports.

However, that’s not the only reason the link to Hart makes very little sense from a Liverpool perspective. When Pep Guardiola arrived in the summer one of his first acts was to oust Joe Hart as number 1. This sparked outrage in the British media as the England ‘keeper was ruthlessly dropped despite having passion in abundance.

Guardiola knows finding the perfect ‘keeper is almost impossible, especially for his style, so he’s willing to sacrifice certain traits.

Hart is a solid ‘keeper. He’s a good shot stopper, he’s got quick reflexes and he’s vocal. What he isn’t though, is good with the ball at his feet. It’s the latter trait which is a necessity for the manager.

While Claudio Bravo, the new City number 1, may not be as quick or as vocal as Hart, it’s all irrelevant. Why? Because he’s good with his feet.

Liverpool went through a similar process with their ‘keepers. Jürgen Klopp raided the Bundesliga to bring Mainz 05 goalkeeper Loris Karius in for a reported £5million. The 23-year-old arrived with a reputation of being a modern day, progressive, proactive ‘keeper.

The opposite of the at times slumbersome, reactive Simon Mignolet. He’s comfortable with the ball at his feet, he prefers to play the ball out as opposed to going long and he’s looking to start counter attacks as quickly as possibly. His strengths seemingly aligned with Klopp’s vision of what he wanted. It was, in theory, a match made in heaven.

There’s no escaping the fact Karius has found his first few months in England difficult. He was dropped for the match against ‘Boro after publicly trading verbal blows with the Neville brothers and Jamie Carragher. Mignolet returned to the starting XI and did well but there are still question marks hanging over his head.

This has led to a debate surrounding the future of the number 1 jersey at Liverpool. Since then the Reds have been linked with Kasper Schmeichel and now Hart.

Back to the original point though.

Liverpool wanted a ‘keeper with good distribution whereas City got rid of Hart because of his distribution. It would be a little counterproductive, wouldn’t it?

The ‘keepers role for Klopp’s men is just as important as it is for Guardiola’s so why would the Reds settle for Hart when those at the Etihad didn’t? Hart has improved since joining Torino but his distribution still won’t tick the Liverpool boxes.

The below pictures are all taken from Torino’s 5-3 defeat at the hands of Napoli. 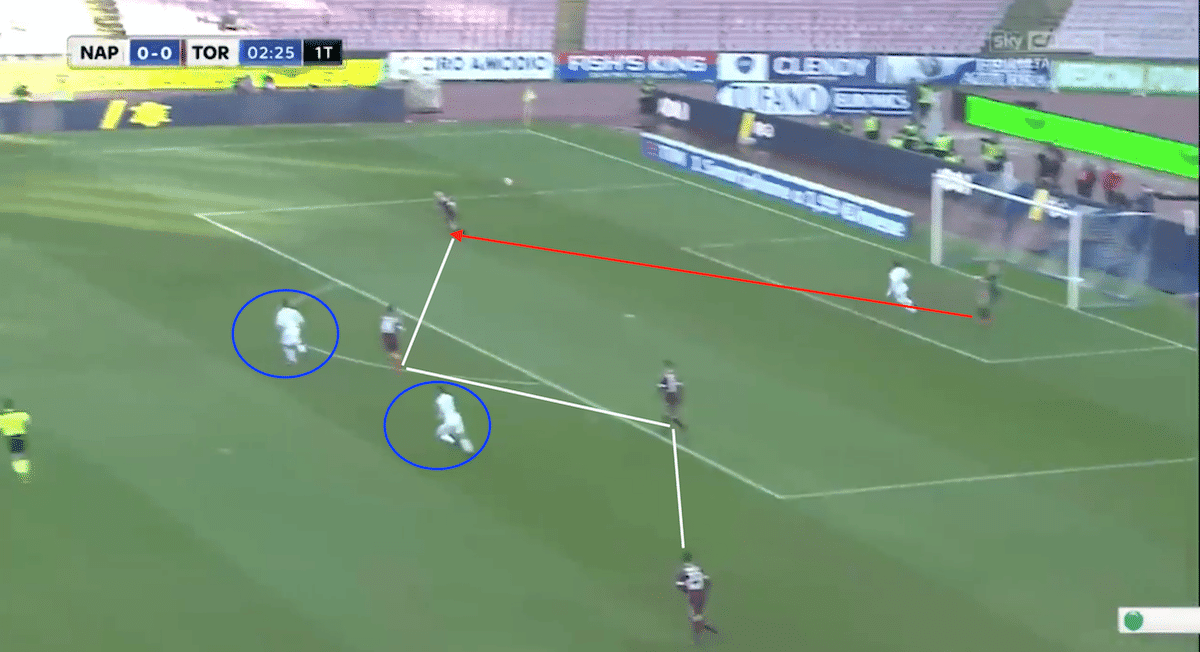 Hart is in possession of the ball and Torino have four players ahead of him, shown by the jagged white line. The ‘keeper could pass to the man highlighted by the red arrow and due to the fact it’s five vs three in favour of the away side you would assume they’d be able to pass their way out from the back. However, Hart ignores this and just goes long. It’s hard for Torino to retain the ball because the defensive line and the midfield line are so far apart. 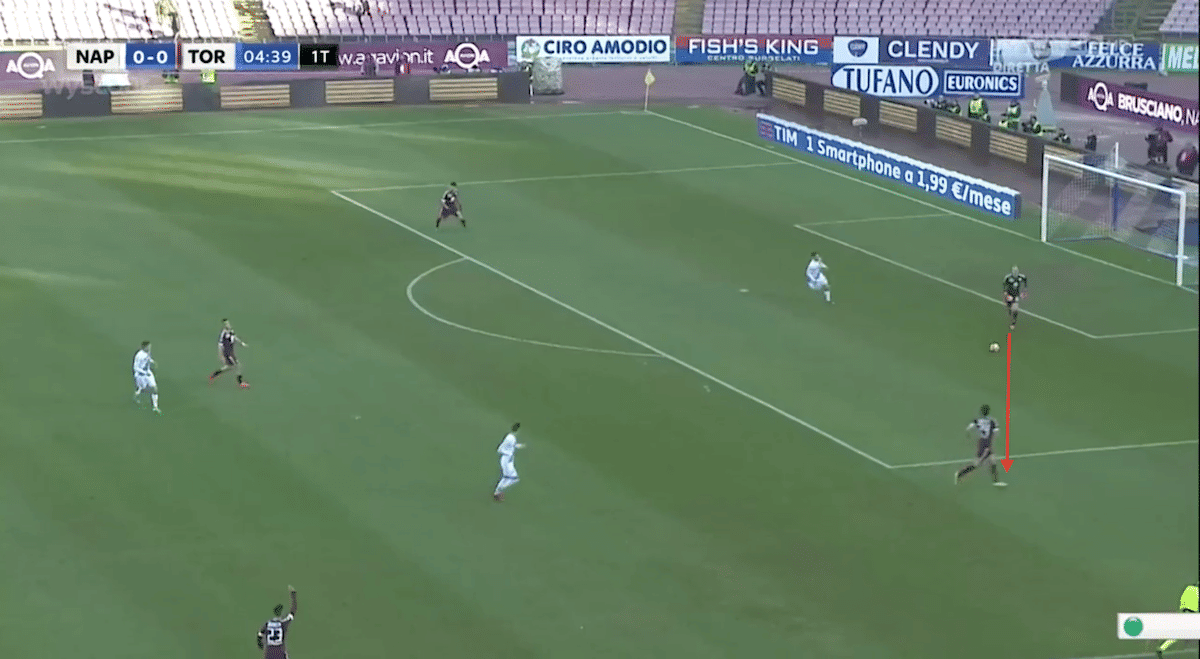 Again Hart has an easy pass to his left, highlighted by the red arrow, but instead he sends the ball long. This may be an instruction from the coach but it’s just gifting the opposition the ball and means Torino are fairly deep when Napoli come back at them.

While the long ball from the back does take out three of the attackers who have stayed up to press it also takes the four of his teammates out of the game too. 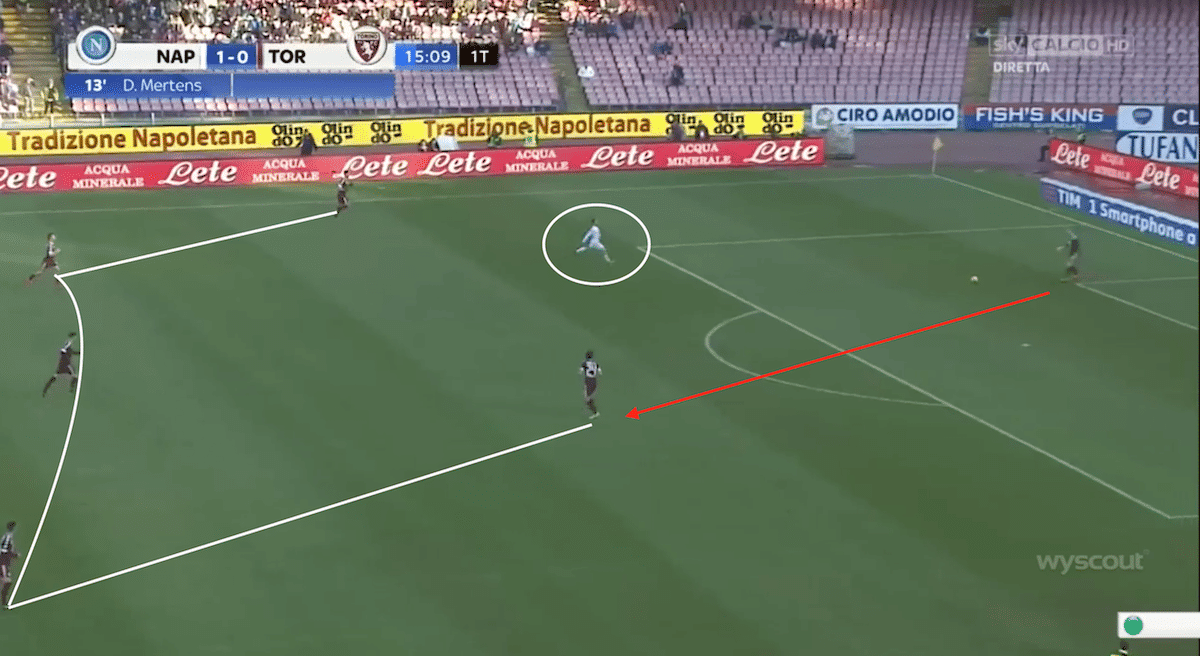 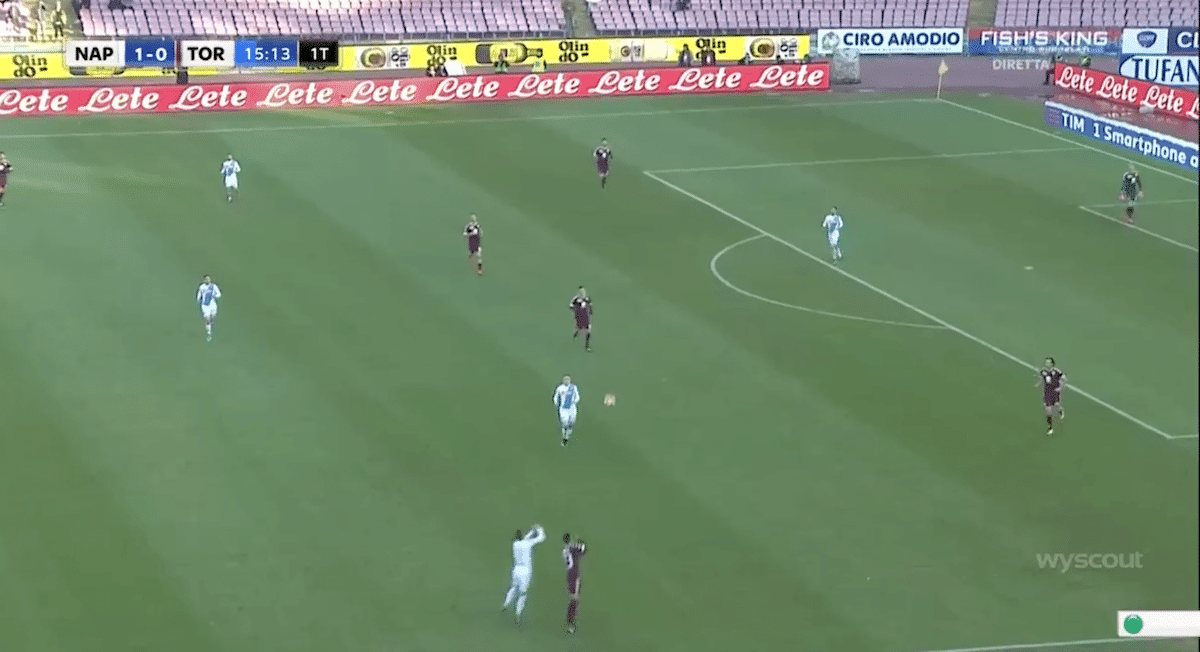 This time around the ball is played back to Hart and he has plenty of time. In the first picture there’s an easy pass to the deepest player highlighted by the red arrow.

Ahead of him is three Torino players and if the pass is made quick enough it means they can build an attack from around the halfway line and keeps Napoli hemmed in.

Hart prevents this though by taking a touch, settling himself and then playing a lofted pass to the left hand side which results in a Napoli throw in. As you can see though the Torino midfielders have been forced to drop deeper and it’s the away side who are now in danger of being hemmed in.

All because of the ‘keepers reluctance to pass the ball first time. It could be instruction but at the same time this need to look long seems natural to Hart. 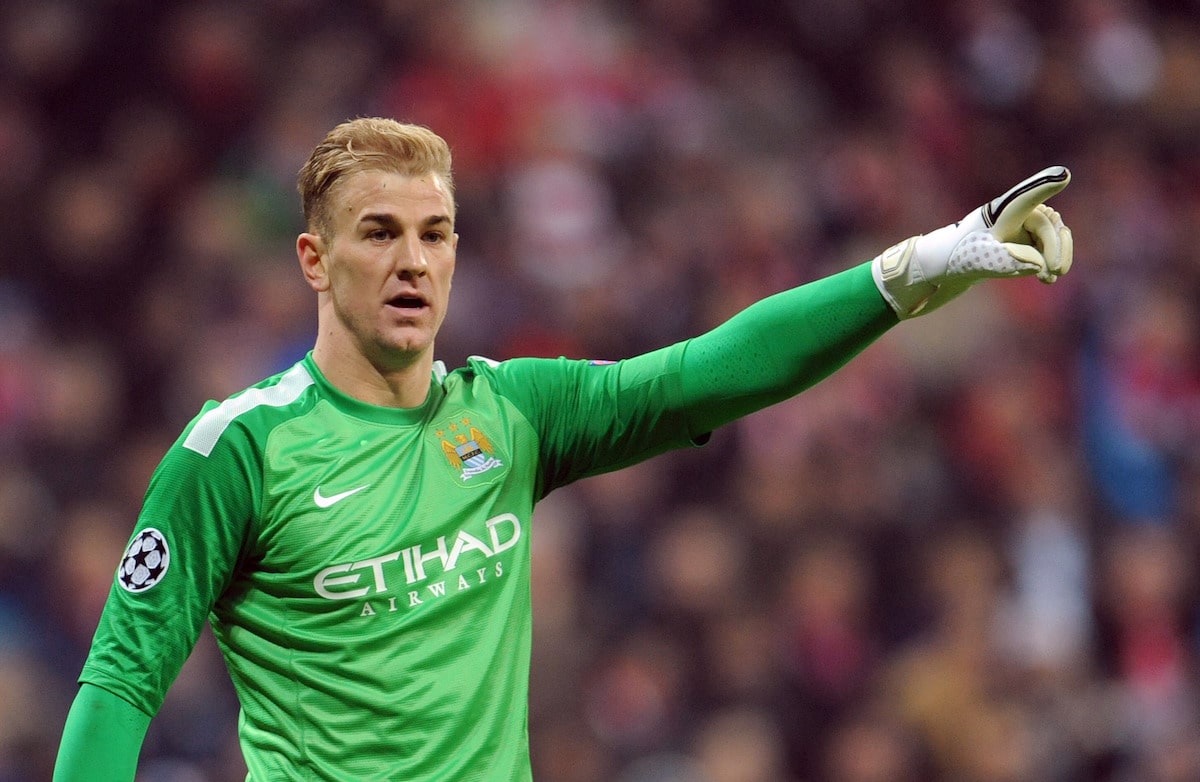 Overlooking all of that, if Liverpool did sign Hart how would the dynamics work?

One of Karius or Mignolet would have to leave.

Hypothetically, Hart arrives and Karius returns to Germany. You would imagine the Head and Shoulders poster boy, at 29-years-old, sees this as his final big move and he would expect Liverpool to match the £120,000-per week he earns at City.

This leaves Mignolet. The Belgian only signed a new five year deal last season. He’s reportedly on £60,000-per-week and at 28-years-old he’s in his pomp for a ‘keeper and would expect to be playing regularly. Having two goalkeepers in their prime earning a combined £180,000-per-week seems wasteful.

If Mignolet was to leave to make way for Hart it throws up even more questions. Karius only signed his reported £15,000-per-week deal in the summer. He was signed with a long-term vision in mind and if he’s to fulfil his potential he’s going to need regular playing time. Will he get that with Hart and his wages at the club?

Whether you rate Hart or not, it's hard to see how it's a link that makes sense financially, stylistically or in the grand scheme of things.