15 times in just seven games. That’s how often the Houston Dynamo have found the back of the net so far this season, making them the third highest scorers in Major League Soccer after the Portland Timbers and Atlanta United. New head coach Wilmer Cabrera has turned the Texans into one of the most exciting, exhilarating teams in North America — not that anyone in Houston seems to care.

Close to 17,000 fans were announced as the official attendance as the Dynamo claimed another win on Saturday, this time over the San Jose Earthquakes, but the swathes of orange seats visible at BBVA Compass made a mockery of that claim. Houston might be exciting to watch, but the city has still to embrace them.

Indeed, the Houston Dynamo are suffering their worst home attendances since 2011, with average crowds down 15% on last season. Last season, the Dynamo finished bottom of the Western Conference, claiming just seven wins from 34 regular season fixtures. It was understandable that they struggled to draw supporters, but this year has been completely different on the field. 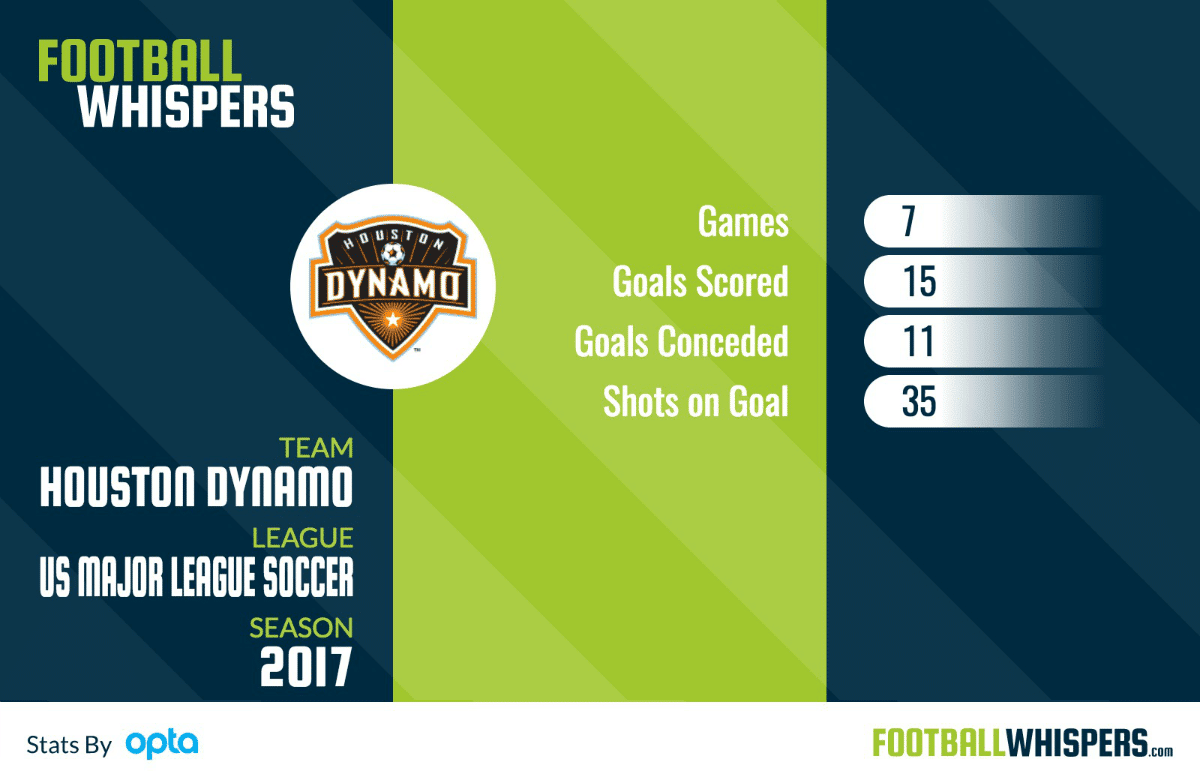 So why is the club struggling so badly in drawing its local demographic? It’s not as if Texas is short of soccer fans, with the large Hispanic population making it a hotbed for the sport. Something about the Houston Dynamo just isn’t connecting with their public. If the club has ambitions of one day fulfilling its potential, that must change.

There is a growing apathy among casual fans in Houston. For all that MLS has grown and embedded itself in North American sporting culture, it still relies on the interest of the casual observer. Lose them and you lose a significant portion of your fanbase, and that seems to be what has happened to the Dynamo.

“I’d speculate that given Houston’s status as an oil capital, the downturn in the oil industry and corresponding departure of lots of expats, many from Europe and South America, hasn’t helped,” explains Guardian writer and Houston resident Tom Dart, offering up an alternative theory to the issues the club is facing.

“Nor does the fact that most of the city’s attention is always on the Texan NFL team and right now the Astros (MLB) and Rockets (NBA) are thriving, so general sports fans in search of a winner will gravitate towards them.”

It’s true that the Dynamo are up against a number of other sports franchises competing for a share of one of the most competitive media markets in the United States. Establishing a hardcore support might take years, maybe even a generation. But efforts on that must start now and so far it’s difficult to see the club’s plan for the future. 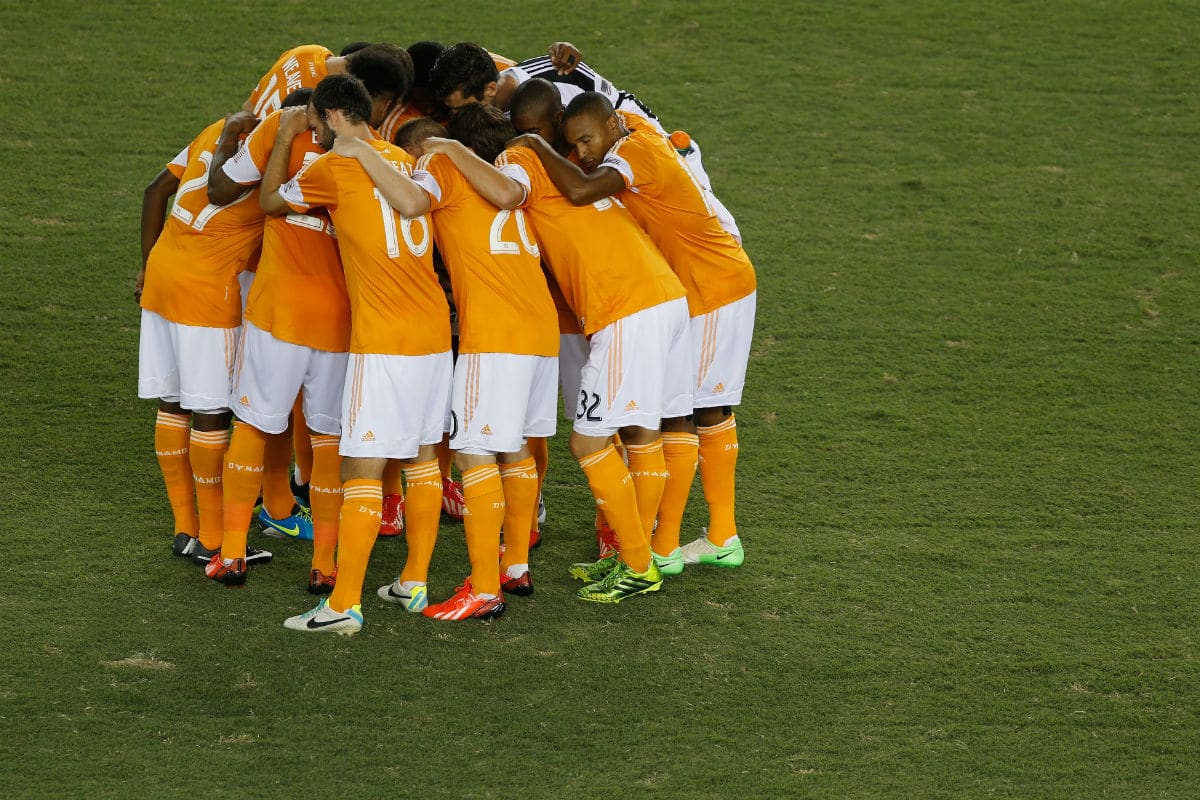 If a winning team playing attractive soccer and scoring goals isn’t enough to lure fans to BBVA Compass Stadium, what is?

“The most obvious quick fix would be to sign a superstar, but the prospects seem remote since the Dynamo are a low-budget operation despite being based in the US’s fourth-largest city,” Dart adds.

“In a place that’s 45% Hispanic and relatively near the Mexican border, signing a famous El Tri name such as Gio Dos Santos would probably have a transformative effect on crowds and media coverage. But he joined LA Galaxy in 2015, and his current salary of $5.5m is more than the entire Dynamo squad put together.” 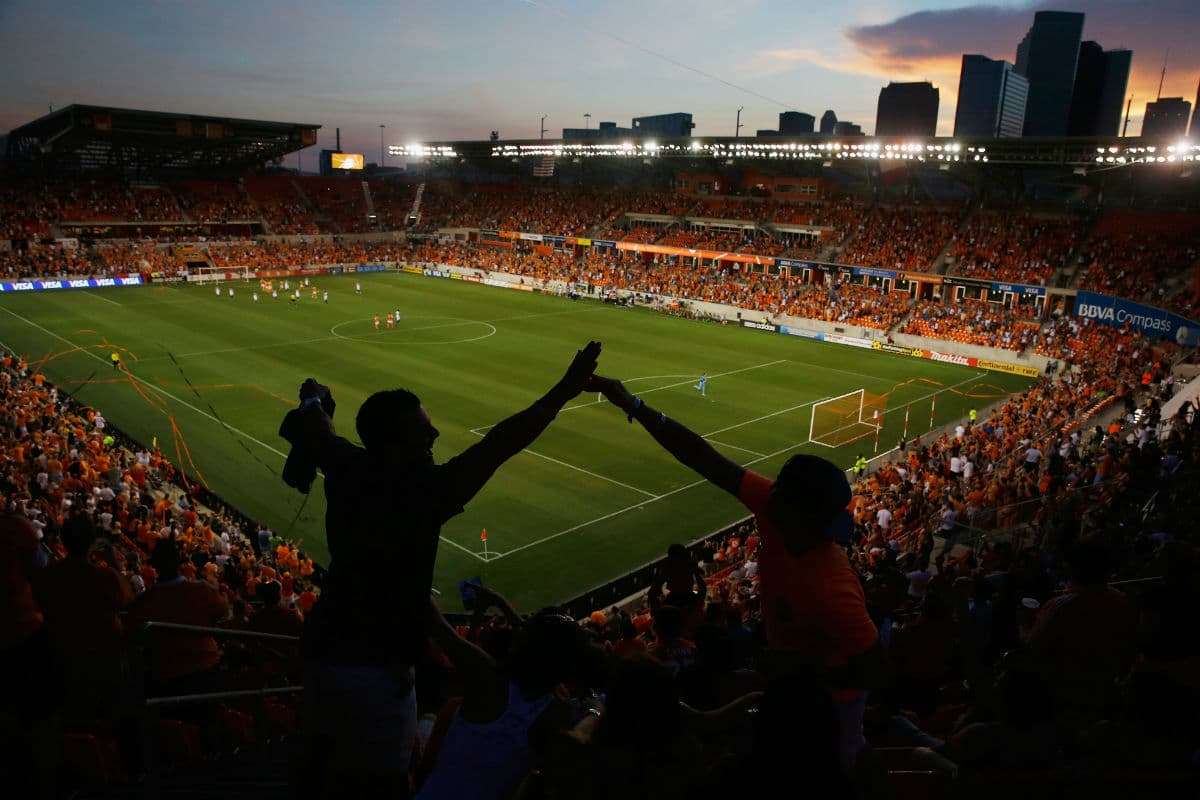 Of course, it was hoped that the construction of the $95million BBVA Compass Stadium would help attract fans to Houston Dynamo games. Initially, it had an effect on home attendances, with the venue full or close to full in the first couple of seasons after its opening. As Dart says, though, “the novelty factor has worn off.”

“Having a nice, soccer-specific venue in the city centre is a valuable status symbol,” he continues, “but so far this year, the average crowd [17,640] is little different from 2011, the last full year in Robertson Stadium, a faded old arena on a university campus. With an all-time average of about 18,500, and BBVA’s capacity of about 22,500 [smaller than the old place], there wasn’t all that much room for growth anyway.

“Crowds have been steady at 19-20,000 over the past couple of lean years, when perhaps without the charms of the new stadium to compensate for the inferior on-field product they might have dipped.”

It’s possible that the standard of opposition, as well as outside factors such as weather and traffic, have had an impact on the attendances being charted at Houston home games so far this season, but even if that is a factor the Dynamo are undoubtedly struggling to capture the attention of their demographic. They must find a way to capture the imagination.