Everton signed a lot of players in the summer. From Gylfi Sigurðsson to Wayne Rooney, Jordan Pickford to Sandro Ramírez and so on, the Toffees made a number of expensive statements as they looked to break into the top six.

While several of their big-money signings continue to struggle at Goodison Park, a summer recruit that went under the radar is flourishing in loan spell abroad.

Henry Onyekuru was signed from KAS Eupen for £7million but immediately loaned out to Anderlecht. Considering the gravitational pull of the Sigurðsson saga, Onyekuru's simultaneous arrival and departure inconspicuously flew under the radar.

But the tables have turned. With Onyekuru scoring regularly and catching the eye at Anderlecht, it's no surprise to see reports last year saying that he has been scouted by Barcelona, Tottenham Hotspur and Manchester United among others.

He's currently back at Finch Farm having picked up a serious knee injury and his comments sound like he can't wait to start playing for Sam Allardyce's side.

“I have been happy since I came here to the club and started having my treatment. I am smiling every day,” he told the Everton programme.

Here, Football Whispers profiles the young attacker, analysing his strengths, weaknesses, statistics and value, to see how far he could go.

Who Is Henry Onyekuru?

Born in Onitsha, Nigeria, the 20-year-old came through the Aspire academy in Senegal before signing for Eupen in 2015.

At the time, Eupen were in the Belgian second tier but, with Onyekuru being integrated into the first team, they achieved promotion to the First Division in 2016. The winger caught the eye, scoring six times in 19 appearances.

Playing on the left wing, Onyekuru first came to prominence last season, scoring 24 times in 41 games. Like with being part of any newly-promoted side, the jump up from the second tier was significant but it clearly didn't phase Onyekuru.

With such a prolific return, Eupen were powerless to stop the young Nigerian joining Everton, a natural stepping stone to achieving his dream of playing in the Champions League for Arsenal, as he told PageOne: “Yeah, of course, my dream is to play for Arsenal football club. It is a club I love so much. While growing up, I followed the club, watched their matches and I hoped to play in the team some day. This has always been my dream, and I look forward to it.”

What Are Onyekuru's Main Strengths?

Although he couldn't quite secure a move to the Emirates, Onyekuru joined Everton and was sent back to Belgium to continue his development, only this time with Anderlecht, where he has starred alongside West Ham United target Leander Dendoncker.

It's proven to be a conducive move in his footballing education. At Anderlecht, Onyekuru has showcased his exciting skillset. Although he offers much more than just blistering pace, it is nevertheless a good starting point when discussing his attributes.

Deployed mainly on the left, Onyekuru is adept at taking on defenders. He is a strong carrier of the ball and his ability to either drive to the by-line or cut inside to influence the game from a central position has prompted comparisons to a young Thierry Henry.

With scouts from Barcelona, PSV Eindhoven and Fiorentina reportedly in in November, Onyekuru put in another dazzling, match-winning performance for Anderlecht as they edged Royal Excel Mouscron 2-1.

Indeed, his movement and finishing were particularly eye-catching as he bagged the decisive goal with just ten minutes remaining. 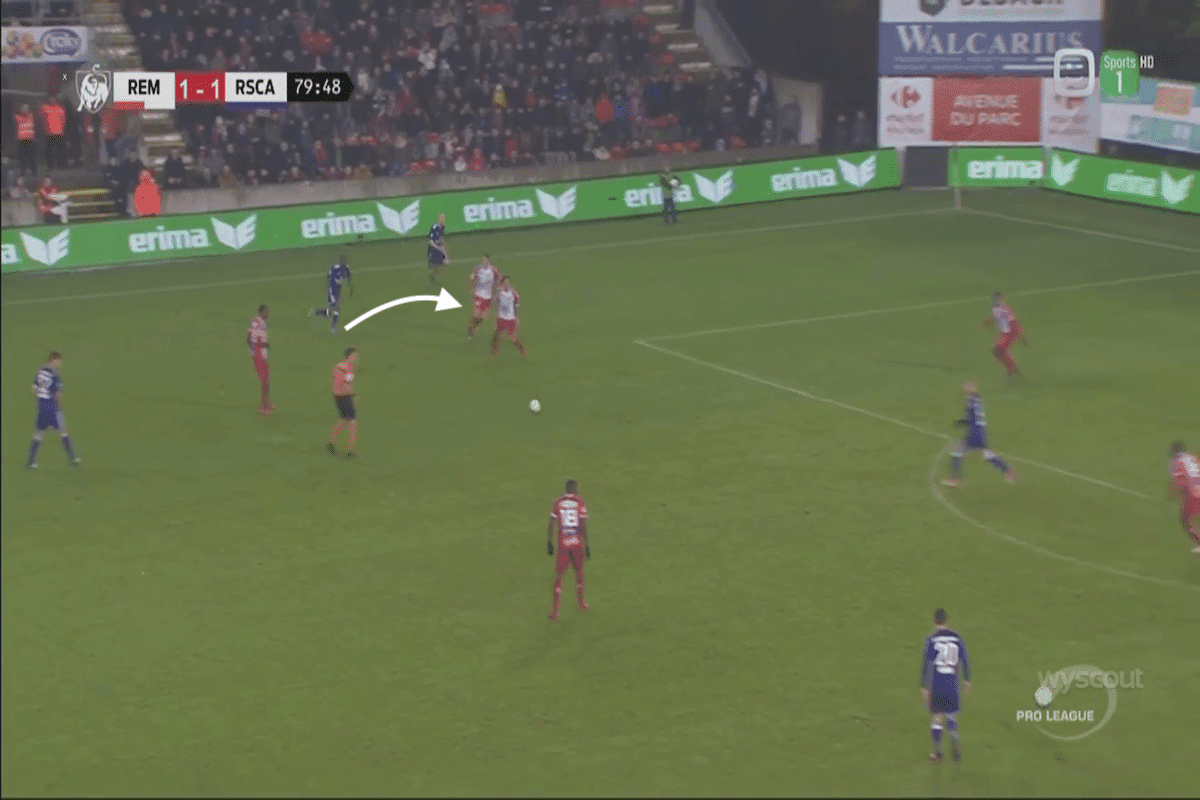 Onyekuru picks up the ball on the left wing and purposefully drives inside before finding Sofiane Hanni. Then he's off, darting in behind Mouscron's defence to give his team-mate the option of the through ball. 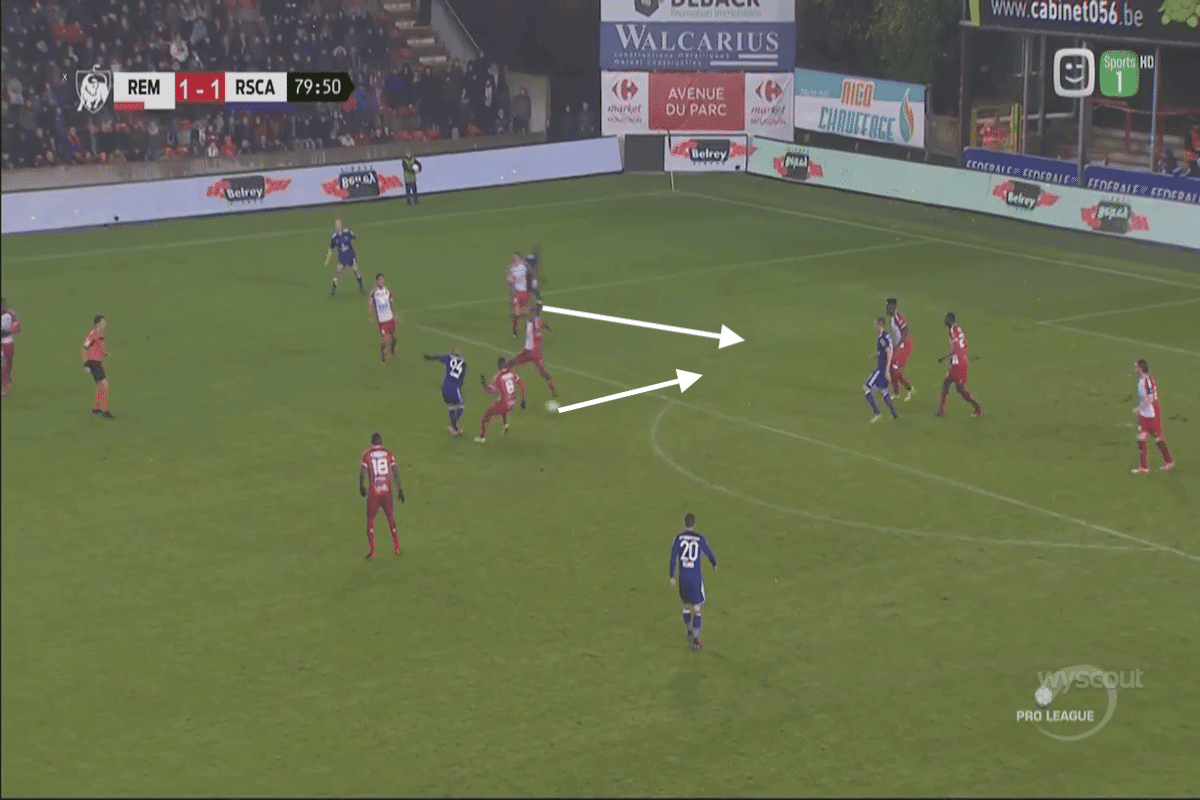 Hanni does just that, slipping the winger in with a perfectly-weighted pass. 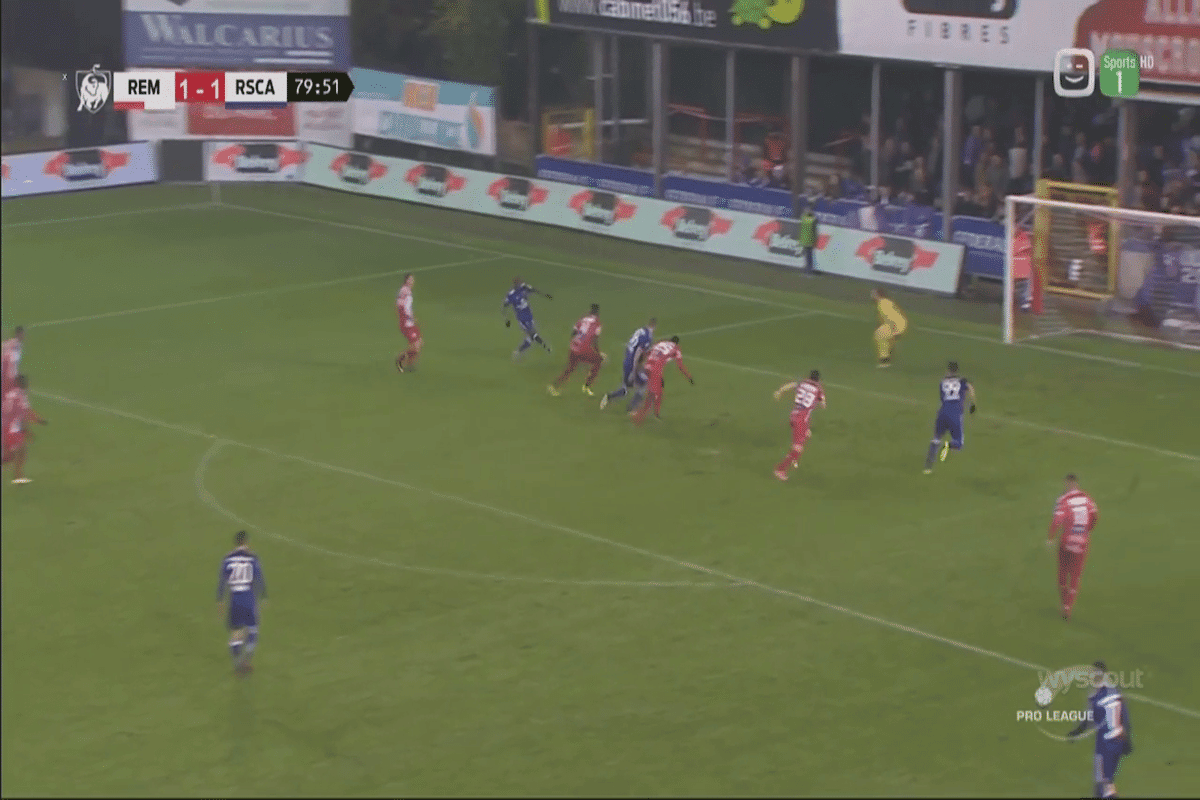 But the best is yet to come. After beating the offside trap and spotting Hamdi Harbaoui in a better position to score, Onyekuru opens his body up, adjusts his feet and slides the ball under the keeper and into the bottom corner.

Considering the time in which the goal was scored and the fact that it kept Anderlecht three points behind second-placed Sporting Charleroi, it was a telling indicator of Onyekuru's confidence and assured touch when he finds himself with a chance to score.

What are Onyekuru's main weaknesses?

Of course, he's far from the finished article. At just 20, he's allowed to be a little unrefined. Although he hasn't had trouble finding the net this season, he is yet to notch an assist in the league.

He is a dangerous player, with searing pace and an impressive work-rate but, like many prospects, he needs to sharpen up his end product and interplay with team-mates before he can excel at an elite club.

However, he is still learning, still building the blocks to a career hopefully spent thrilling audiences in the Champions League. Even if he doesn't sign for a giant like Barcelona in the summer, it's important to remember he is still on the books at Everton. With the Toffees in need of attacking reinforcements, there could be an opportunity for Onyekuru to make his mark in the Premier League.

He has an excellent attitude and aptitude for learning, often falling down a YouTube rabbit hole as he watches videos of his Thierry Henry, trying to copy the Arsenal legend's brilliant dribbling skills and finishing.

Indeed, there were shades of the Gunners legend as Onyekuru confidently swept home against Mouscron. If he is to truly follow in the footsteps of Henry, though, he will have to deliver like that consistently on a bigger stage.

How much is Onyekuru worth?

Everton spent £7million to sign him and, considering his impressive form for Anderlecht, the Merseyside club will certainly want to recoup that fee and then some if a potential suitor comes calling.

With that in mind, Everton are likely to demand somewhere upwards of £15-20million considering Onyekuru's progress and star potential – they aren't going to miss out on making a profit for him after their significant outlay in the summer.

The evidence has suggested that Onyekuru is a player of tantalising promise, an attack-minded dynamo who is on the right trajectory and who has the potential to be a regular starter for a Premier League side.

With Onyekuru's goals late in big games for Anderlecht, he has a lot of desirable qualities – both physically and mentally – and could be the next star to come out of Belgium, following the likes of Kevin De Bruyne and Romelu Lukaku.

While he has a long way to go before matching that illustrious duo, he has certainly made significant inroads into making a name for himself: it's a name we're expecting to hear more of as time goes on.