Everton’s summer spending spree has seen them bring in a grand total of seven new players. The additions of Jordan Pickford, Michael Keane, Davy Klaassen, Henry Onyekuru and Sandro Ramírez were signs of the club’s promising future; the additions of Wayne Rooney and Cuco Martina a nod to the need for experience within the squad.

And yet, while the team has been significantly refurbished and three separate transfer fees exceeding £20million have been paid, the club has remained astute. For all their outgoings, the Toffees have actually made a net profit in the transfer market thus far, thanks to the sale of star striker Romelu Lukaku, which raked in a cool £75million plus bonuses.

This financial prudence is not reflected in the rumours linking them with a move for Swansea City star Gylfi Sigurðsson, however.

While the Icelandic international is one of the most consistent and effective playmakers in the Premier League today, the £50million price tag reportedly needed to secure his signature does not represent value, even in today’s extravagant transfer market.

More recently, Jonathan Viera has been turning Premier League heads. Initially, he was seen as a possible replacement for Sigurðsson at Swansea, where he could join up with his former Las Palmas team-mate Roque Mesa. However, Everton may have other ideas.

The Merseyside club are supposedly considering the Spaniard as an alternative target as they look to bolster their attacking midfield options. And, according to Spanish outlet Marca, they are willing to activate the £26.5million release clause to make a deal.

Viera would cost almost half as much as Sigurðsson, but he wouldn’t be a downgrade. In signing him, Everton could save a lot of money while, at the same time, adding some vital qualities to their ever-improving squad.

WHO IS JONATHAN VIERA?

Born in Las Palmas, Viera joined his hometown club at the age of 16 before progressing through their youth ranks. He spent two years playing for the ‘B’ team and then made the jump to first-team level in the 2010/11 campaign.

Once in the senior squad, the attacking midfielder didn’t look back. He made a regular berth his own and impressed with his performances in the Spanish second tier, earning a move to Valencia in the summer of 2012.

Unfortunately, things didn’t quite work out for Viera at the Mestalla. He made just 24 appearances for the club across two seasons before spending time out on loan with Rayo Vallecano. From there he journeyed to Belgium with Standard Liège, but again he found himself out of the side.

After a brutal awakening to the harsh realities of professional football, he returned home to the Canary Islands in January 2015, re-joining Las Palmas on a loan deal that was eventually made permanent.

Pulling on the team’s distinctive yellow shirt he was rejuvenated, helping the club back into La Liga for the first time in 13 years.

Viera was a key player for Las Palmas as they avoided the drop and thrived back in the Spanish top flight. Under the auspices of Quique Setién, they finished 11th in 2015/16 and 14th last season, all while playing a refreshingly bold form of football.

In those two exciting La Liga campaigns, the Everton transfer target scored 17 goals and set up a further 16 in 67 league outings, demonstrating his capability and wowing the crowds with his technique and skill.

WHERE WOULD VIERA FIT IN AT EVERTON?

Viera makes sense as an alternative target to Sigurðsson from a tactical perspective. Both are natural No.10s who prefer to operate centrally, behind the strikers. This is something Opta Sports football editor and Spanish football expert Jamie Kemp confirmed when speaking to Football Whispers, saying:

“His best position is now undoubtedly the No.10 role – something which he's really affirmed over the last 18 months. It's the perfect spot for him as it guarantees that he gets plenty of touches with the ball.

“Last season he played as a 10 who filled in as a loose central midfielder on the left side of a 4-1-4-1 when Las Palmas were out of possession, although he was usually the first to come out from midfield to press opposition centre-backs.

“Viera is naturally suited to playing in small pockets centrally. His game is all about short, sharp combination play and feints to open up play beyond his marker. He's also improved significantly in terms of his vision and final pass since returning to La Liga, hence the interest in his services now.”

In his debut season as Everton manager, Ronald Koeman switched systems frequently, generally depending on the opponent. However, regardless of the formation in use, the necessity of quality attacking midfielders was unquestioned.

Viera could feasibly act as the left winger in a 4-3-3, the attacking midfielder in a 4-2-3-1, or as one of the two inside forwards in a 3-4-2-1. And, on the basis of statistics, he could bring more to these roles than Sigurðsson. 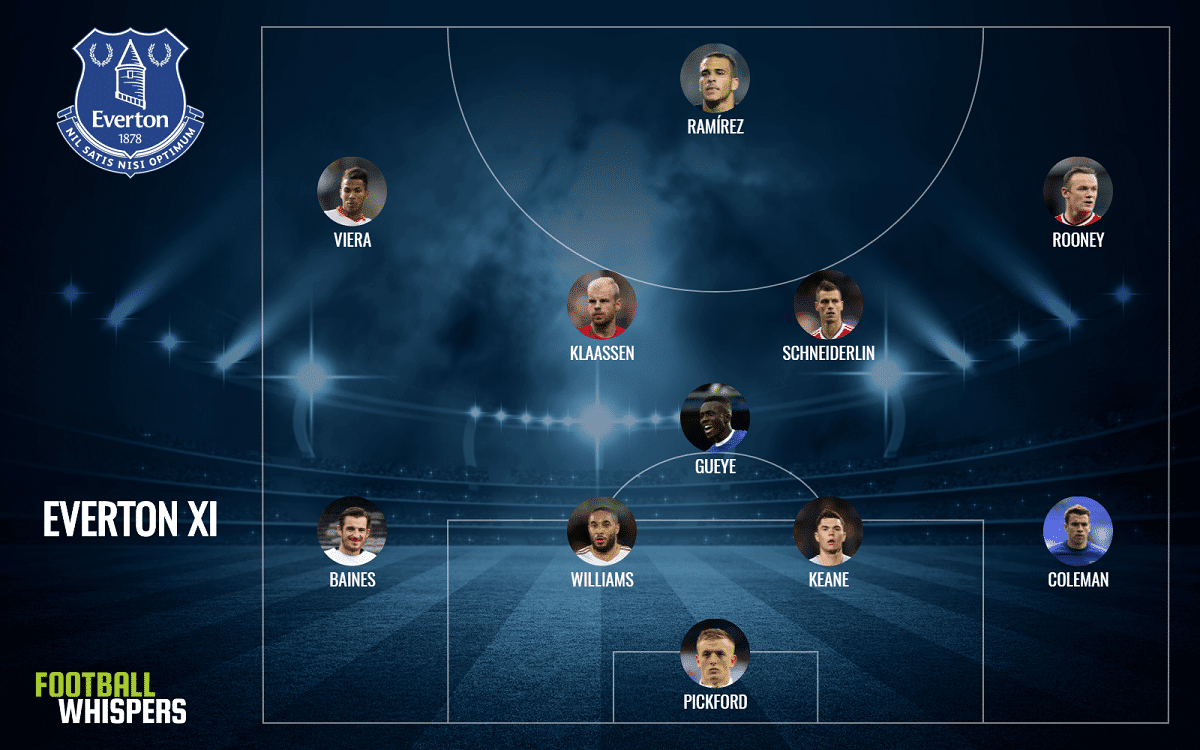 Last season, the Spaniard made more key passes per game than Real Madrid’s Toni Kroos averaged a higher rate than his 2.7. This number was also 0.6 per game higher than that achieved by Sigurðsson.

Viera also compared well to the Swansea man in terms of average passes completed – 64.1 per game compared to 27.4 – and pass success percentage – 85.1 per cent to 77 per cent.

The versatile Las Palmas man also completed two dribbles per game compared to Sigurðsson’s 0.8, and was fouled a telling 1.7 times on average. These figures only serve to further highlight his ability with the ball at feet.

And, while not renowned for his defensive work, Viera averaged 1.4 tackles per game – that’s 0.2 per game more than Sigurðsson averaged.

The 27-year-old is not without his weaknesses and uncertainties, with Kemp telling Football Whispers that: “I would say the physical aspect of his game would be under the microscope if he went to the Premier League.”

However, taking into account he is the same age as Sigurðsson, showed far greater productivity last season and would cost almost half as much, Viera would be a strong addition to Everton’s ever-expanding squad.