Cyle Larin’s potential was obvious even as a high school student. Considered a prodigious talent from a young age, the young Canadian was invited to train with a number of European clubs before he’d even graduated. Club Brugge, Genk, Werder Bremen, Hertha Berlin and Wolfsburg all took an interest, but he rebuffed them all.

College soccer was where he felt he’d develop best, with UConn offering him a scholarship following a match against Larin’s academy team. The striker eventually left after his sophomore year. But by that time he was already a member of the Canadian national team. He would go on to become the number one pick in the 2015 MLS SuperDraft, joining Orlando City. That is where Larin has truly proven himself.

The Canadian has scored 34 times in just 61 appearances since making his MLS breakthrough, marking himself out as one of the best strikers in the North American game right now. Such is his undeniable quality it’s easy to forget Larin is still only 21. That, however, is the true mark of an exceptional talent – age isn’t a factor when discussing his ability. 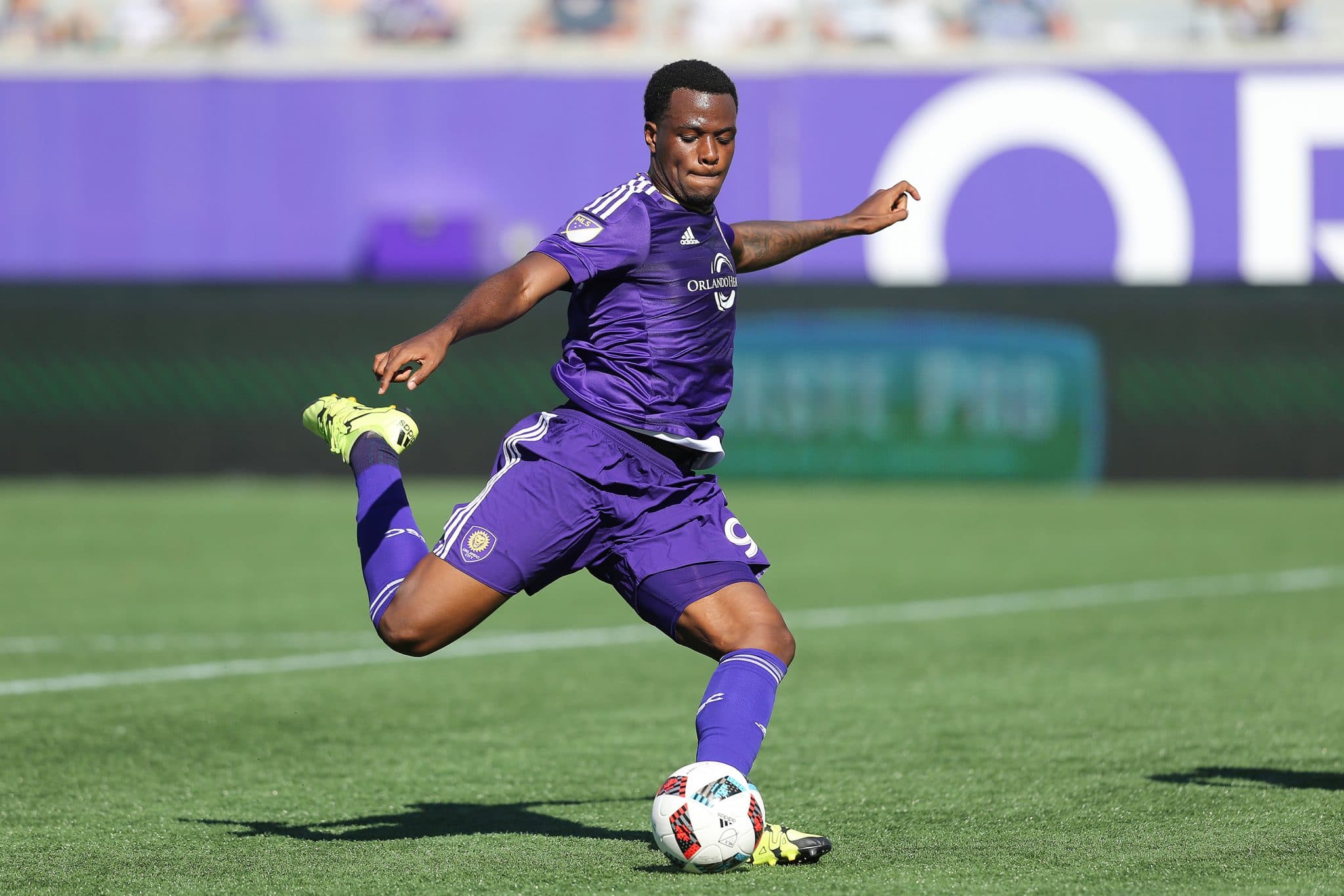 He is the complete centre-forward – fast, strong, good on the ball, positionally aware and above all instinctively clinical in front of goal. Larin could potentially be the greatest Canadian soccer player of all time (although there isn’t much competition for that accolade). “It’s interesting to talk about potential in a player when you’ve scored as many goals as he has,” Orlando City head coach Jason Kreis said recently. “But for me, the potential and ability that he has, he still has a ways to go to fulfil it. I think that’s what’s fascinating about him. He can do a lot, a lot more.”

Indeed, while Larin has so far enjoyed two successful seasons in MLS, starting the 2017 campaign with three goals in two games, there is a sense that he has not yet come close to meeting his ceiling. That is what makes him such an exciting proposition. That’s why European clubs are frequently reported to be monitoring the Canadian.

Celtic were reported to be weighing up a move for Larin late last year, with Stoke City also believed to be long-term admirers. As long as the goals continue to flow, the rumours will continue to emerge. On current form, it won’t be long until Europe’s elite are being linked with Larin. Many believe he is good enough to play at such a high level. 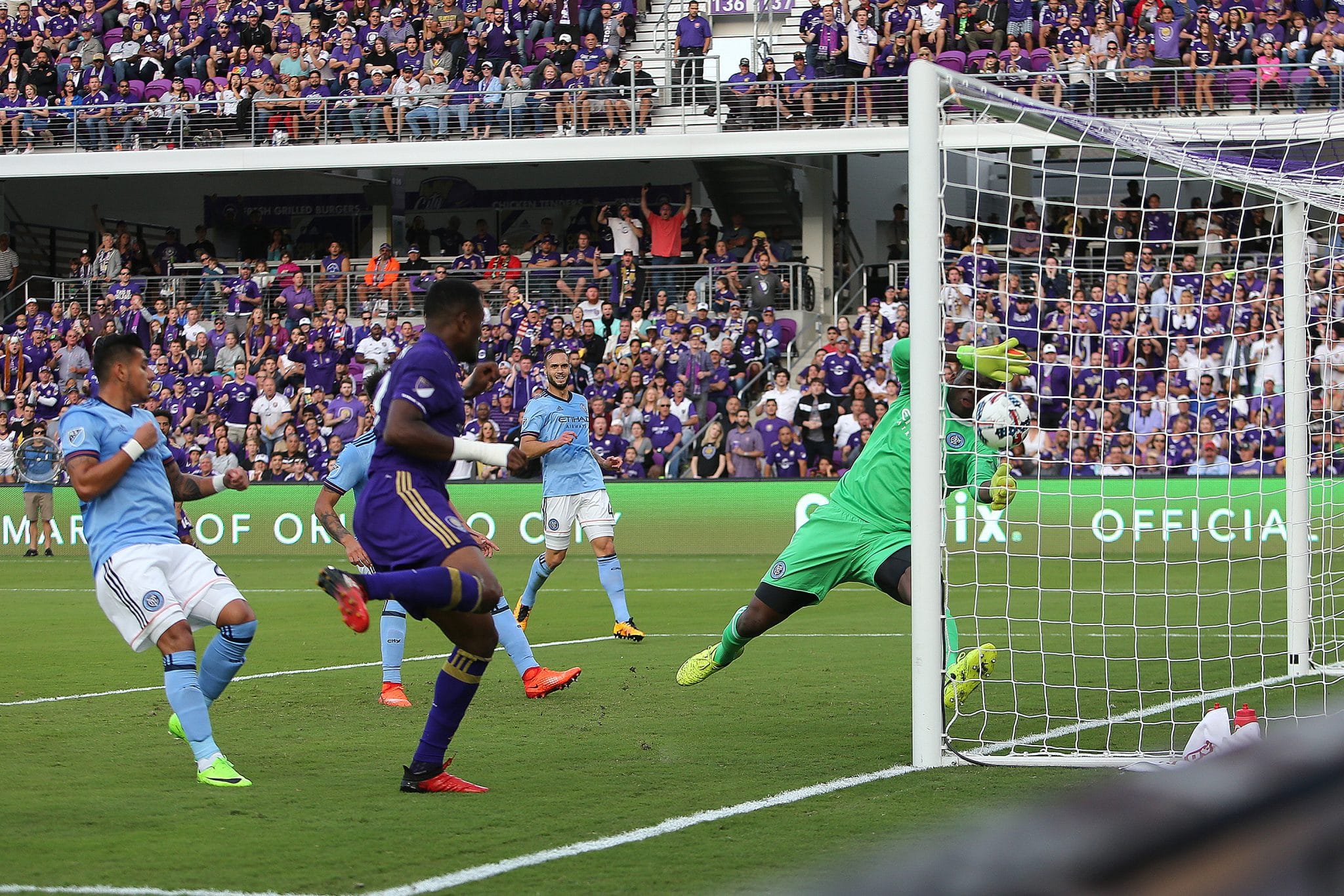 “I see it, because I can’t avoid it,” Larin said of interest in him. “I see it when I go on social media or just going through my phone it comes up. But I think it just motivates me. The better I do, the more teams come up, and one day there will be a team I really like. One day I’ll be there, when the time is right.”

Larin is right to bide his time. MLS has been good to him, providing him with the perfect grounding for his burgeoning career, and it could still offer him more. With Kreis taking charge for his first full season at Orlando City, the Central Floridians are now expected to make the play-offs for the first time in their history. Larin, more than Kaka or anyone else, will be the driving force behind that charge. He is their frontman, even if Kreis has experimented with a two-man frontline early on this season.

In Kaka, Larin has something of a fan. “I think Cyle can go far,” the Brazilian said in an interview last year. “Cyle is a very good player and the third season for us will be great, but I think Cyle can play in a big team in Europe as well.” That is a ringing endorsement considering the calibre of talent Kaka has played alongside over the course of his illustrious career.

European clubs don’t often look to MLS for top-tier talent. But they should make an exception for Larin. As a physical frontman who is also comfortable with the ball at his feet, the Canadian would be well-suited to the demands and rigours of the Premier League. The German game would also appear to suit him, although his skill set would give him a chance of success in any country, any league.

For now, though, Larin must focus on matters at hand in MLS. Having moved into their new stadium for the start of the 2017 season, Orlando City find themselves at a critical juncture of their relatively short history. They have their sights set on becoming one of North American soccer’s biggest and most successful clubs. In Larin Orlando might already have North American soccer’s best striker.