Emre Can's Liverpool future looks in doubt as the contract stand-off between club and player still remains unresolved. The German powerhouse requested that the club include a release clause in his contract but the Merseyside club aren't willing to include one.

It's the same stance they adopted with Philippe Coutinho and it's one which paid off for them this summer with the Brazilian having no bullseye on his back meaning Barcelona weren't able to get the maestro on the cheap.

However, these two situations aren't identical and it would be naive on the club's part to treat them as if they were.

The Germany international has started the season like a man with a point to prove. He scored two goals in the all important Champions League win over Hoffenheim and followed that up with a Man of the Match performance against Arsenal.

He looks to have grown into his box-to-box midfield role now and is relishing the attacking responsibilities placed upon his broad shoulders.

The 23-year-old, however, is now in the final seven months of his current deal and will be free to talk to clubs in Europe from January 1. This is how his situation differs to that of Coutinho's, and why the power is very much in his hands.

Can, who was the subject of numerous bids from Juventus during the summer window, has been in discussions with Liverpool about a new contract for more than 12 months – the first offer was made in June 2016 – and he has repeatedly said the hold up has nothing to do with money.

The details of the clause he wants inserted haven't been shared but the club should be doing everything in their power right now to tie up a deal with the former Bayer Leverkusen midfielder – even if it means inserting a clause which would no doubt have a knock-on effect with future contract talks with other players.

In the current market, Can could easily be worth £60million if he had a longer contract. Juventus were reportedly offering close to £30million in the summer, and that was with just one year remaining on his deal.

Are Liverpool really in a position to let a player of his quality leave on a free? No. Not even with Naby Keïta arriving in the summer of 2018.

In an ideal world the Reds would hold off bringing release clauses into deals for another couple of seasons. It was going to happen eventually because that's the way the sport is going these days. Especially after what happened this summer.

Clubs managed to keep hold of players who did everything in their power to force a move. The transfer window shut and Coutinho was still calling Anfield home and Virgil van Dijk was still a Southampton player. Both handed in transfer requests. Barcelona offered over £100million for the former while Liverpool were prepared to pay £80million for the latter according to various reports.

Players and agents will now demand release clauses be inserted into any and all new deals to leave the door ajar for a potential move. Who can blame them? At the end of the day playing football is a job for these people and if there's a chance of a promotion they shouldn't be deprived of it.

If clubs reject then the player simply runs down his contract and leaves on a free.

Player power will return with vengeance.

So while it would have been better for the club to introduce it when it suited them, perhaps after a few more long-term deals had been signed off on, they've backed themselves into a corner with Can and have to accept the situation they're now in.

Recent reports had implied Liverpool were readying offers for Roberto Firmino and Sadio Mané. Including release clauses in them, no matter how outrageous they are, may leave a few higher up at the club sweating on the off chance Paris Saint-Germain swoop in and pay the fee.

What is ridiculous now may be the norm in two years with the way finances in football are going.

Manager Jürgen Klopp is reportedly relaxed about the situation and made it clear in the summer he would rather let Can leave for nothing in 12 months than sell him now, just to receive a transfer fee. 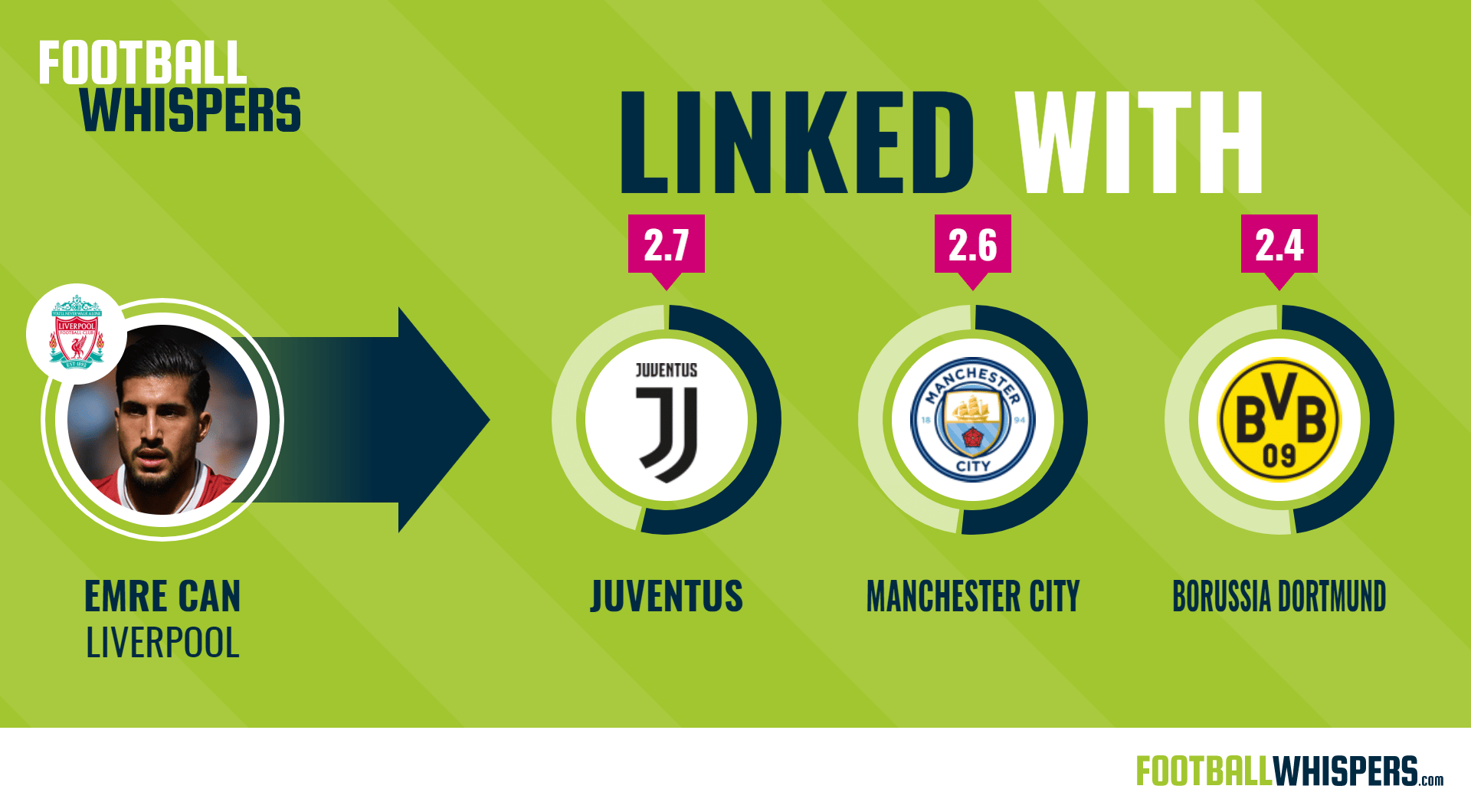 His faith in Can has been justified in recent months but it's not a stance the manager, or the club, should adopt for the long-term. Not when they're potentially missing out on millions of pounds.

Players are going to want release clauses in their new deals whether Can gets one or not. It's in their best interests to set a precedent with the midfielder. Insert a release clause but do everything they can to make it favourable for the club.

They could ensure it only becomes active from a certain date and expires a month before a season starts so they know exactly where they stand. It can exclude Premier League clubs. There's plenty of scope, the club just need to haggle with a player who is open to negotiating.

It's why he's still at the table now. If he wanted to leave on a free talks wouldn't still be happening. It's clear he's open to extending his stay on Merseyside.

It's not a sign of weakness to insert clauses into deals, not if you're ahead of the change which is on the horizon. They need to be proactive with others as opposed to reactive like they've been with Can.