Members of the media are often quick to offer up their impressions of RFK Stadium whenever they visit, particularly the ones who were nearly struck by a falling piece of concrete during a game in 2014.

Journalists made a lucky escape when they dodged a lump of masonry as they watched a DC United home match against the New York Red Bulls. It gave a fair reflection of the old place.

In American sporting terms, RFK Stadium is indeed old. having been built 56 years ago. It is an icon of the original era of Major League Soccer, when clubs found roost in stadiums designed for pretty much every sport besides soccer. From next year, however, DC United will play at the currently under construction Audi Field (dubbed Buzzard Point for years), finally leaving behind their old, crumbling home.

But with their move into 21st century surroundings DC United are paying a hefty price. Once perennial contenders for championships and silverware in MLS, winning four MLS Cups between 1996 and 2004, now they have the financial weight of Audi Field hanging round their neck. That weight has weighed them down for quite some time, limiting their transfer market activity as well as their on-the-field success.

DC United, former giants of MLS, are now content with simply finishing in the play-off places year after year. They have become the Arsenal of the North American game.

There’s even a comparison to be made between Ben Olsen, who has been at DC United for 19 years, and Arsene Wenger, who is currently in his 19th season as Arsenal manager. 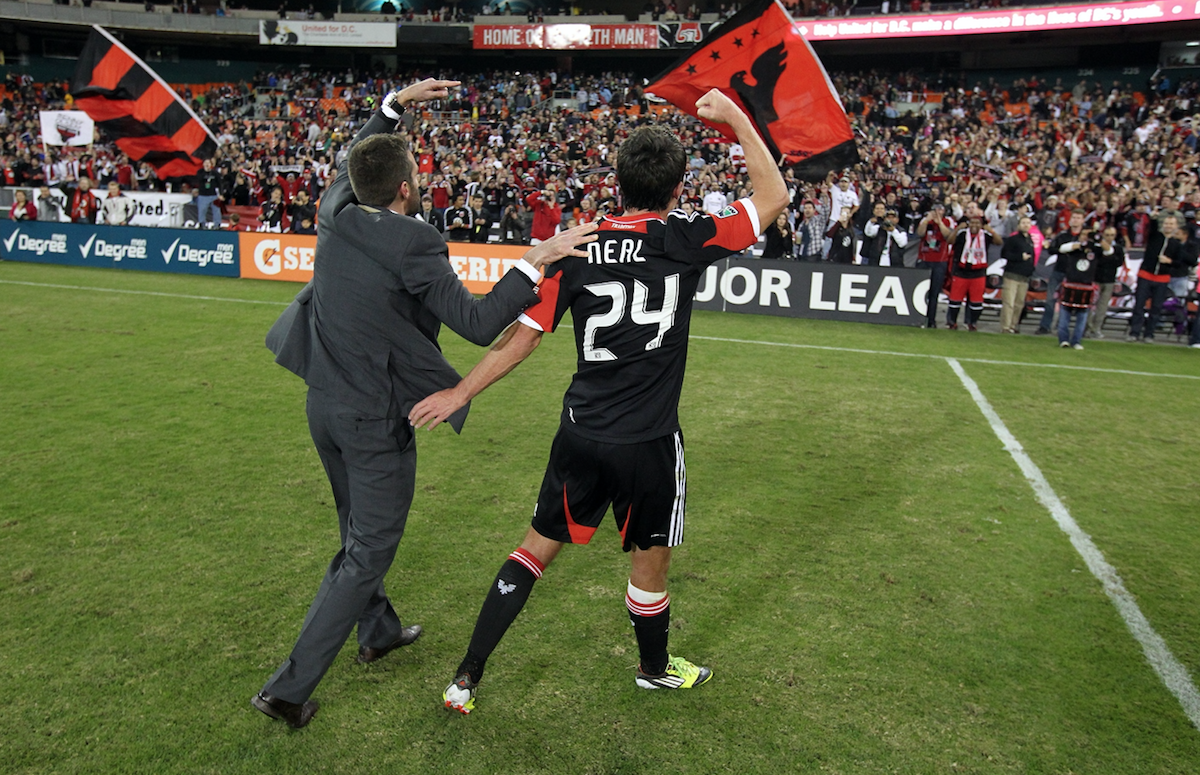 The two clubs have been stuck in their own monotonous cycles for years, with Olsen and Wenger expected to maintain the status quo, keeping their respective heads above water. So the question at Arsenal is the same one asked at DC United – can they finally break free from their tedious torture chamber?

With DC United no longer required to pay rent to play at RFK Stadium the hope is that the club will now be able to compete once again at the top end of the financial spectrum in years to come. The club must eek out as much from the move as possible, and by selling the naming rights to Buzzard Point for a reported $4 million a year for the next 10-15 years they have made a good start on that. 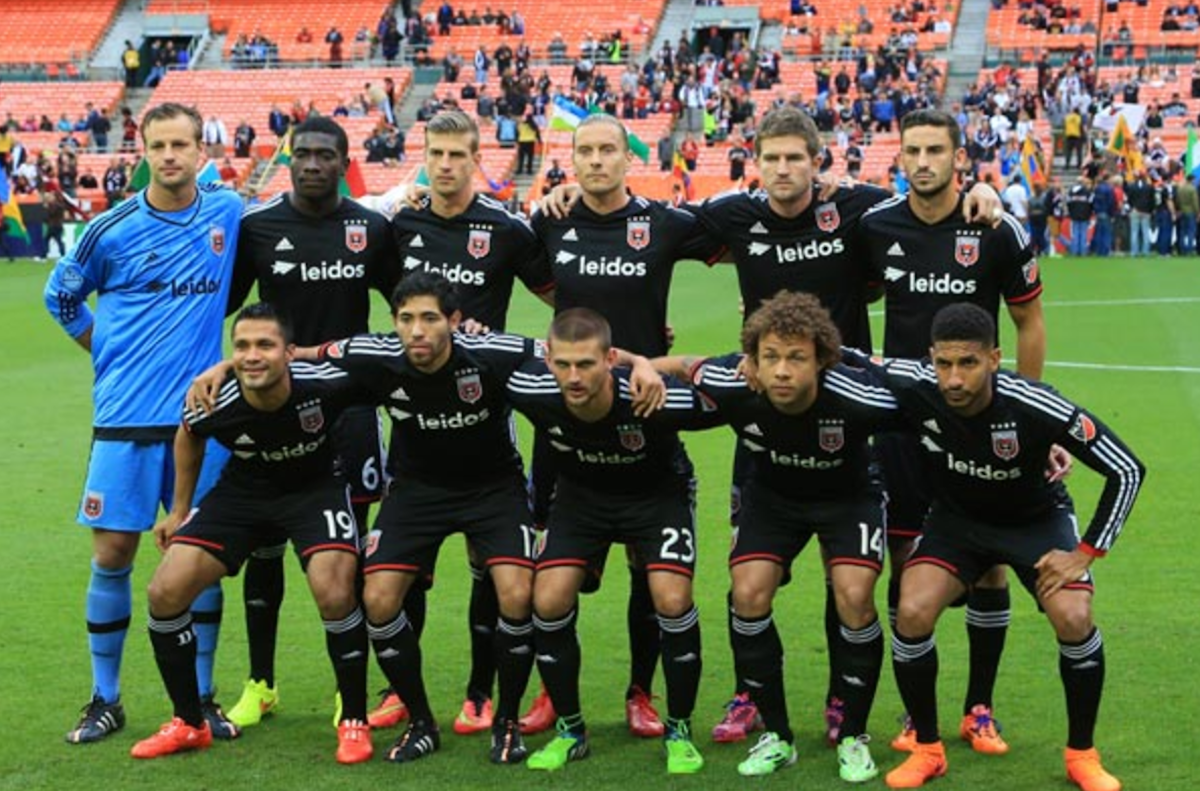 But there’s still an entire season to be played before DC United can fully reverse the damage that has been done over the past decade or so. Olsen faces another year of maintaining the status quo before he can plot the club’s route back to the top of MLS again. And so in leaving DC United’s off-season training camp in Florida for Washington last week Olsen has some decisions to make.

“There’s a spot or two we can fill, but for the most part, this is our group,” he said after the end of the first phase of the club’s training camp in the Floridian sunshine.

“I’ve got no [roster] decisions to make right now.”

That he does, with former Montreal Impact left-back Maxim Tissot still reported to be on DC United’s radar having offered him a contract last week.

Then there’s the issue of deciding who will partner Steve Birnbaum in the centre of defence for the season ahead, with Bobby Boswell and Sean Franklin vying for the same spot. There’s also the option of starting the latter at right-back, or does Olsen believe Nick DeLeon would be better in that position?

Much is expected of young midfielder Ian Harkes, but is he truly ready to become a first-team starter this season? Is he prepared to carry that burden after making such a profound impression over pre-season? The DC United boss certainly has plenty to ponder ahead of the season opener against Sporting KC in less than two weeks.

“It’s figuring out who works with who,” Olsen explained after returning to Washington from Florida last week.

“The focus right now is mixing up as many combinations as possible with the understanding everyone is going to play with each other throughout the year and contribute.” 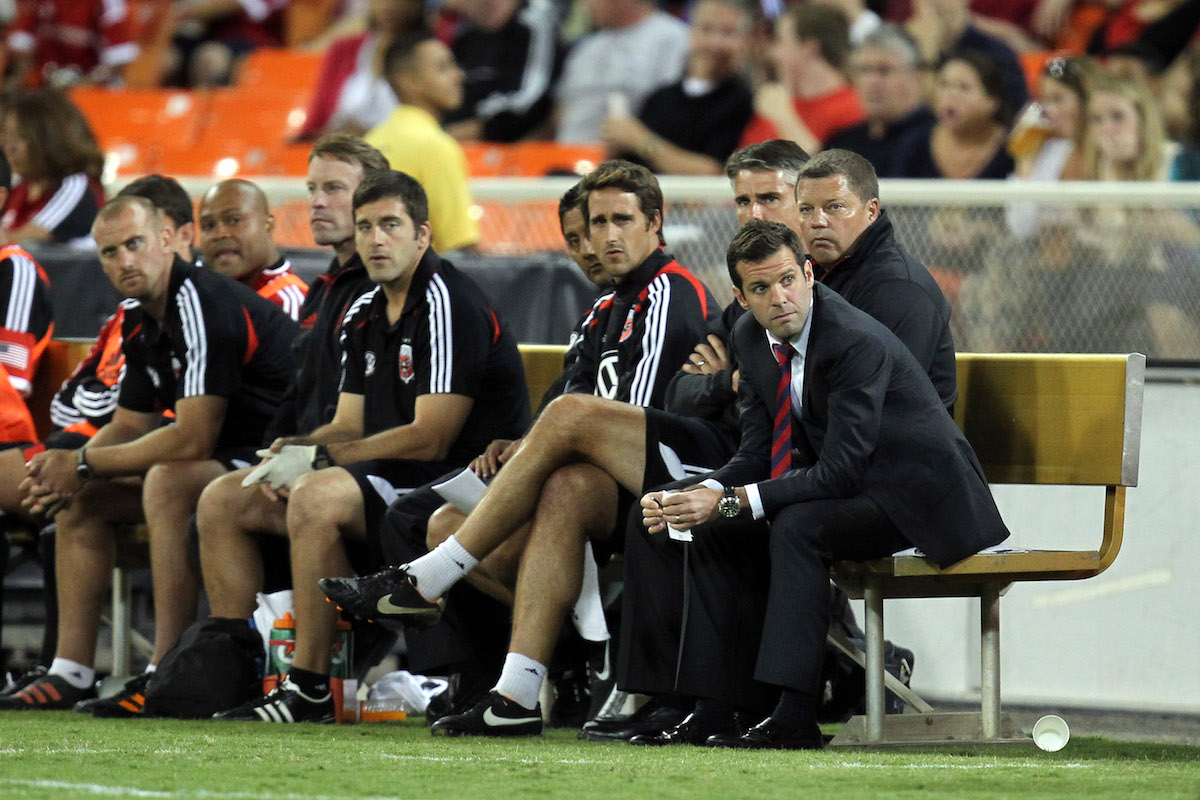 All of this seems like something of a stop-gap, though. DC United are treading water until they move to the banks of the Anacostia River next year, with their squad reflecting that ahead of the 2017 season.

They are still without a single Designated Player and haven't had a one since Fabian Espindola left the club in 2016. Big names don’t always equate to big success, but the lack of DPs at DC United reflects a general lack of ambition at the club. In that, there is another correlation with Arsenal.

DC United are one of the most successful clubs in the history of the American game, yet they have been bypassed by nearly all of their rivals, both from and on and off the field standpoint. Much like the Gunners, they no longer possess the lure they did in the 1990s or early 2000s. They have been left behind by MLS and by extension North American soccer as a whole.

Not until they make the move to Audi Field will DC United be able to address that, but this season could give them a running start. Cash is being stockpiled, and squad space kept aside, for the summer, hinting that the club might well be gearing up for a holistic refurbishment, both on and off the field.

At least they can look forward to playing in a stadium without the threat of falling concrete, though.