Tottenham Hotspur went into their match against Southampton without their talisman and top goalscorer Harry Kane. Spurs are by no means a one-man team but their disappointing form earlier on in the campaign which saw them without a win in six matches coincided with the striker being absent.

In the lead up to the weekend game many in the media suggested that Mauricio Pochettino’s team may struggle yet again. After all, we’re heading into the business end of the season now and it would be the worst possible time for the wheels to come off of their Champions League push and their hunt to claim FA Cup.

Southampton walked away from White Hart Lane empty handed after first-half strikes from Christian Eriksen and Dele Alli. While it's the latter who tends to get a lot of the attention and the plaudits, it's the former who is perhaps one of the most underrated players in the Premier League.

? @ChrisEriksen8 scoops your man of the match award for his goal and performance in our 2-1 against Southampton. ? #COYS pic.twitter.com/qsaIuhMyZV

The Dane signed for the North London club ahead of the 2013/14 season in a deal reported to be worth £11million.

He finished his debut season in England with an impressive seven goals and eight assists in just a little over 1900 minutes of Premier League action. He was also involved in five Europa League goals in 455 minutes. A goal or an assist every 117 minutes in the league and in Europe.

Yet despite such a return, people still questioned his mentality. He was described as being flaky. He's shown the doubters that he has the mettle.

The following season saw an increase in his playing time (3400 minutes) but a decline in his goal involvement. The attacking midfielder found the back of the net on ten occasions and notched up two assists.

The former Ajax playmaker stepped up last season as Spurs pushed for the title. He was involved in 21 goals when you combine the Premier League and the Europa League campaigns. It went under the radar a little because of what was happening at Leicester City but six goals and 13 assists in the league is quite the record.

He's shown this season that last season's haul wasn't a one off either. The 25-year-old has 10 goals and 12 assists when the domestic cups are combined with his league and European adventures.

Since his #PL debut in September 2013, @ChrisEriksen8 has scored more goals from outside the box than anyone else #TOTSOU ? pic.twitter.com/As4omtNvis

READ MORE: Why Ben Davies New Deal is a Positive for Spurs

To reach double figures in terms of goals and assists without the assistance of penalties is some achievement. If he carries on his fine form since the turn of the year – he's got 10 assists and three goals in 2017 – there's no reason he shouldn't surpass the 25 mark in which would be a remarkable feat.

All of whom have been raved about at various times throughout this season.

He's much more than just goals and assists though. It's his overall game which makes him one of the best in England and maybe even Europe.

He's ranked 18th in terms of key passes per 90 in the Premier League averaging 0.62. However, when you delve a little deeper and look at player with over 2000 minutes to their name, for consistency reasons, he comes out in fifth place behind Hazard (0.69), Alexis Sanchez (0.72), the world's most expensive player Paul Pogba (0.8) and De Bruyne (1.19). 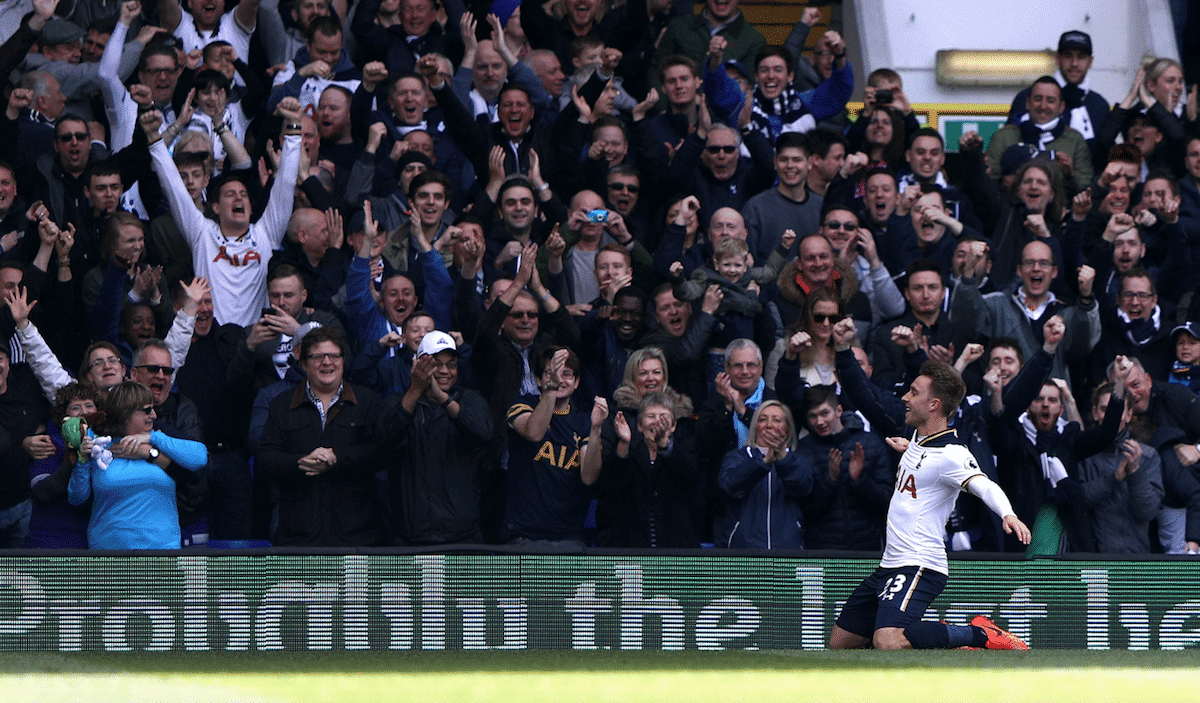 It's a similar story when looking at through passes. Overall he's 15th with 1.83 per 90 minutes but again he's fifth when looking at players who have more than 2000 minutes under their belt this term. He's behind only David Silva, De Bruyne, Pogba and Sánchez.

In terms of chances created per 90 minutes he comes in at 14th averaging 1.25 and he's ahead of the likes of Sadio Mané, Hazard and Willian. When looking at totals for chances created he’s fifth with 34 and behind Nathan Redmond, Pogba, Firmino and Sánchez.

He ticks all of the boxes and his output is consistent. He's only going to improve as the team he's playing in matures too. It begs the question, why isn't he given the credit he deserves?

"He can score from anywhere on the pitch, he's got a great finish on him and deserves all the credit."

Not many midfielders, attacking or not, can boast about reaching double figures in goals and assists while still contributing defensively. He averages 1.9 tackles and interceptions per 90 minutes which is better than Alli (1.8), Heung-Min Son (0.5) and Moussa Sissoko (1.3).

Liverpool's Coutinho was on target to match Eriksen in terms of goals and assists this season but an injury derailed his season in November. But before that he was being linked with £60million moves to Barcelona.

His teammate Adam Lallana, who is 28 years old, was linked with a big money move to Paris Saint-Germain after a fine run for form saw score seven and assist seven.

Alli is perpetually being linked with a move to Real Madrid after his goalscoring exploits. But the former MK Dons midfielder has only been involved in one more Premier League goal than his teammate.

Yet Eriksen rarely seems to be linked with any of Europe's big clubs, and that's meant as no disrespect to Spurs. But bigger clubs should be interested in a player of his quality.

Five of Christian Eriksen's six Premier League goals this season have been scored with his left foot.

He's unique in the sense he seems to score with either foot and he's devastating from both inside the penalty area as well as outside. He's considered a set-piece expert and, at 25, he's still a few years away from being in his pomp.

If Daniel Levy is the king of the transfer window Eriksen should be the jewel in his crown.

Why aren't more clubs knocking on Levy's door offering obscene amounts of money for him? The word underrated is thrown around these days but Eriksen is genuinely one of the most underrated players in Europe right now.

The prospect of Alli, Kane and Eriksen all playing for Spurs in their pomp is a scary one for fans of the opposition.