Sunglasses on. Mobile phone in hand. And a Premier League winner's medal dangling from his neck. Diego Costa looked completely at ease as he made the most of Chelsea's title celebrations on Sunday.

The Brazilian appeared a man happy in his surroundings. A man whose name had been adoringly chanted on several occasions during a sunbathed afternoon at Stamford Bridge.

And yet, even as Chelsea bask in the glow of a title triumph and prepare for an FA Cup final with Arsenal, Costa's future at the club remains uncertain.

Reports linking him with a mega-money move to Tianjin Quanjian won't go away despite the Chinese Super League club releasing a statement this week. They claimed they wouldn't pay over the odds for a player and added the club hadn't spoken to Costa's representatives since January.

“For the past six months, our club have not involved in any form of communication and negotiation with Diego Costa nor his representatives,” it read.

“Our club will draw up a rational transfer plan as an aim to improve the spectator experience of the Chinese Super League and meet its sustainability demands. We won’t take part in any unhealthy competition, thus preventing all overpriced signings.”

The game is on

There is a very strong chance the statement released by Tianjin is a bluff, especially as reports emerged earlier this month that the club were willing to pay Costa £650,000 after tax to move to the Far East.

But if the club are for real, if they are seriously not going to throw millions at European sides in order to land their best players, then it may present Chelsea with a problem because, as influential as Costa has been this season, selling the Spain striker for a reported £75million fee wouldn't be bad business at all.

So should the Blues make the difficult decision to cash in on their top scorer if such a bid is received? It's a tricky question to answer.

The current campaign has been a mixed one of the Chelsea star. During the first half of the season he was, at times, unplayable. By the turn of the year he'd racked up 14 goals, all of which had been scored in the Premier League.

But then came the initial interest from Tianjin and the supposed bust-up with Antonio Conte. His head was seemingly turned and Costa's form during the second half of the campaign nosedived. It only recovered after he surprisingly started the FA Cup semi-final win over Tottenham Hotspur on the bench.

Costa is a volatile character. A player that has to be handled with care. If he is not 100 per cent focused, he becomes snarly and is more interested in scrapping with opposition defenders than winning the game. If he loses his cool, Chelsea are put at risk. 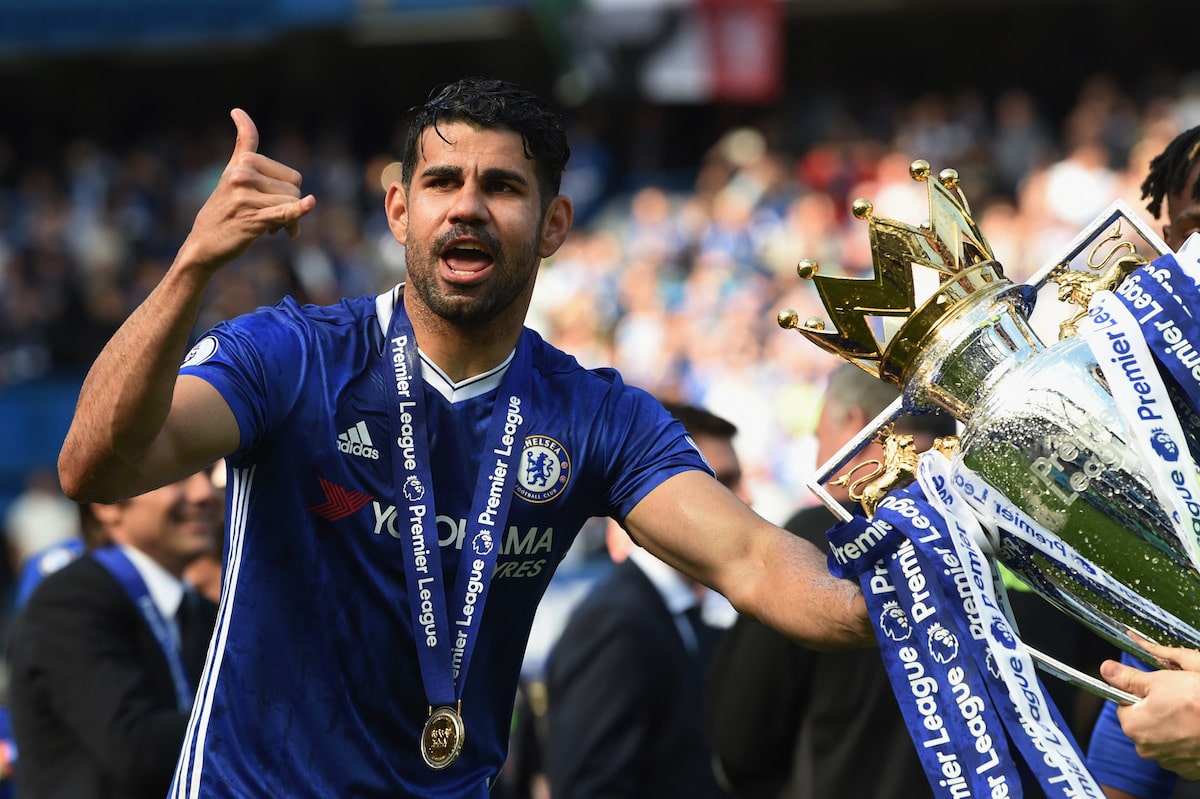 He is also susceptible to injuries when given a heavy workload. During his first season at Stamford Bridge, Chelsea had European football to contend with alongside their domestic responsibilities.

Costa's problematic hamstrings, which caused him numerous issues during his time at Atlético Madrid, forced him to sit out several games at the end of the campaign 2014/15 campaign.

With Champions League football back on the agenda next season, the Blues can't afford to have Costa out of action when it comes to the business end of the campaign. They'd need their first-choice striker fit and firing.

So cashing in on the 28-year-old and bringing one or two younger and more robust strikers to replace Costa would certainly be an option Chelsea should consider.

Chelsea transfer target. If the Blues were to attempt to bring the powerful Belgian back to Stamford Bridge as a replacement for Costa, they'd be getting a proven Premier League goalscorer and a player eager to prove himself amongst Europe's elite.

Lukaku is also four years younger than Costa, so could potentially lead Chelsea's attack for the better part of a decade if he stayed injury free. 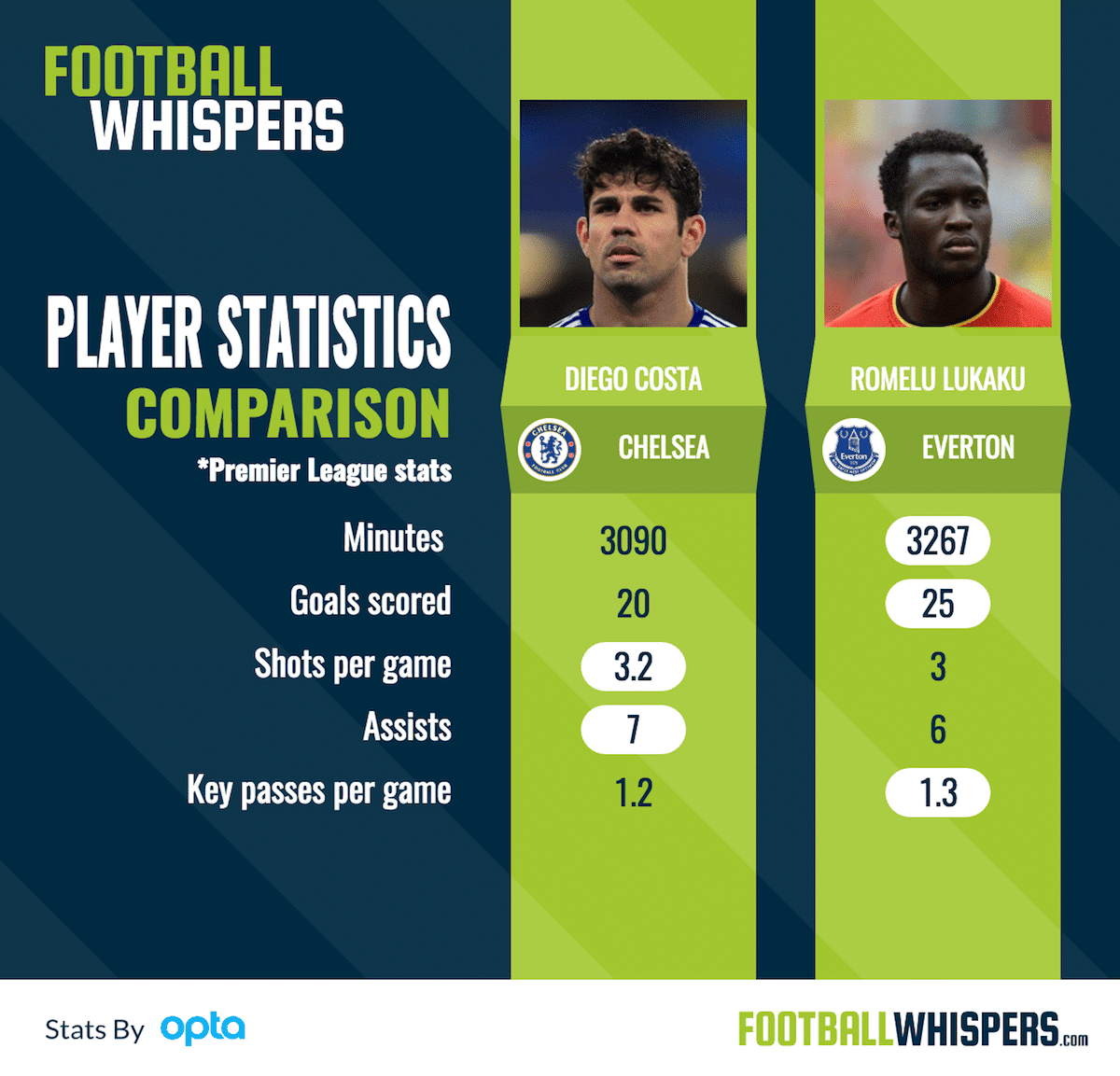 Real Madrid striker Alvaro Morata is also reportedly on Chelsea's radar but, despite impressing, largely from the bench, for Real Madrid this season he would be more of a risk than Lukaku given he would need time to adapt to a new country and a new league.

Deal or no deal?

Tianjin may not be Costa's only suitor, however, as reports this week state Atlético are keen to bring the striker back to the club this summer, potentially as a replacement for Antoine Griezmann who is a Manchester United transfer target.

Selling Costa to a European rival is unlikely to appeal to Chelsea but if the price is right then the Blues may, and probably should, cash in.

It wouldn't be a popular decision among supporters given the adulation Blues fans have for Costa. But the club and Conte will have to make a tough decision and do what they think it right for the side.

If that means keeping Costa, which apparently the Chelsea boss is very keen to do, and handing him a new contract then he stays and attempts to help the Blues reestablish themselves in the Champions League.

But Chelsea may then be left with the nagging feeling that they missed their chance to get big money for Costa, who turns 29 years old in October. Nobody is irreplaceable. The Blues would do well to remember that.