On January 3, Bournemouth led Arsenal by three goals to nil after one hour of blistering attacking football at Dean Court. Underdogs before the game, Eddie Howe’s side took full advantage of their opposition’s disorganisation to lay the groundwork for a stunning upset.

However, they were unable to hold on, conceding three times to draw. Since then they have failed to win, and their hopes of avoiding a relegation dogfight took another turn with news that Callum Wilson – one of the scorers that night against Arsenal – will miss the rest of the season due to a knee injury.

Callum WIlson suffers cruciate ligament injury and has been ruled out for the season.

Following the news, Howe was quick to show his support for Wilson, who suffered from a similar injury last season. “Callum showed incredible character and determination to come back last season,” he said. “We know he has the same strength and will do the same again.”

The challenge for Howe in the coming weeks will be how best to replace Wilson, who has been the team’s most frequently used striker and their primary source of goals, with six to his name in 20 Premier League appearances. Fortunately, there are a number of potential options to ensure Bournemouth continue to compete without their first-choice number nine. 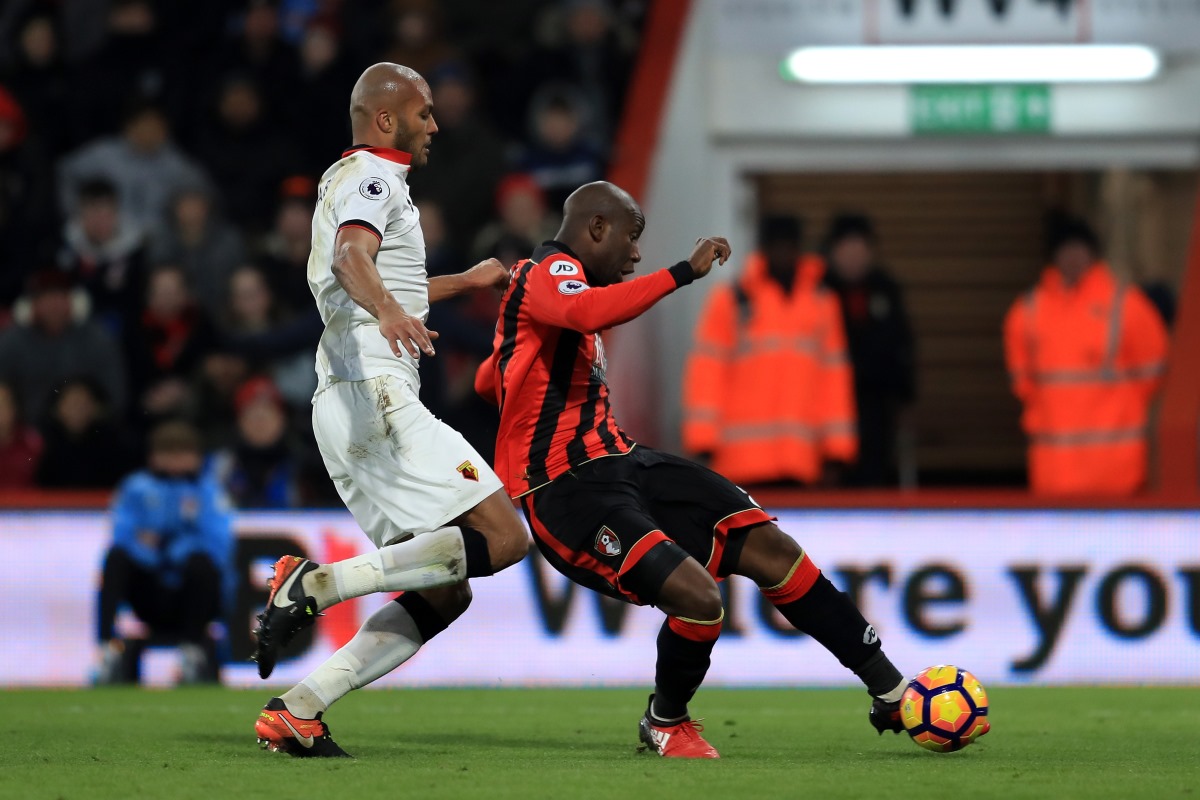 Bournemouth’s only other real contender for the striker role is Benik Afobe, and if Howe intends to maintain the existing tactical setup of a 4-2-3-1, the 23-year-old is the obvious candidate to take the lone spot up front. Indeed, in the recent 2-0 defeat to Crystal Palace, Afobe started ahead of Wilson, highlighting that the gap between the two players is evidently, in Howe’s estimation at least, not that great.

Taller and stronger than Wilson, Afobe perhaps offers less outside of the penalty area, although he is arguably a better finisher. And, with his hulking frame and opportunistic style, he could strike up a good working relationship with Jack Wilshere, who could scheme – as he often has this season – behind him in the attacking midfield area.

Afobe’s form has been encouraging of late. He has hit three goals and assisted for one this term, but all of those came in his last nine appearances, four of which were as a substitute. He’s confident, in reasonable form and, having eschewed representing DR Congo in this year’s Africa Cup of Nations to fight for a starting place at Bournemouth, deserves a chance to shine.

Spread the risk with a strike duo 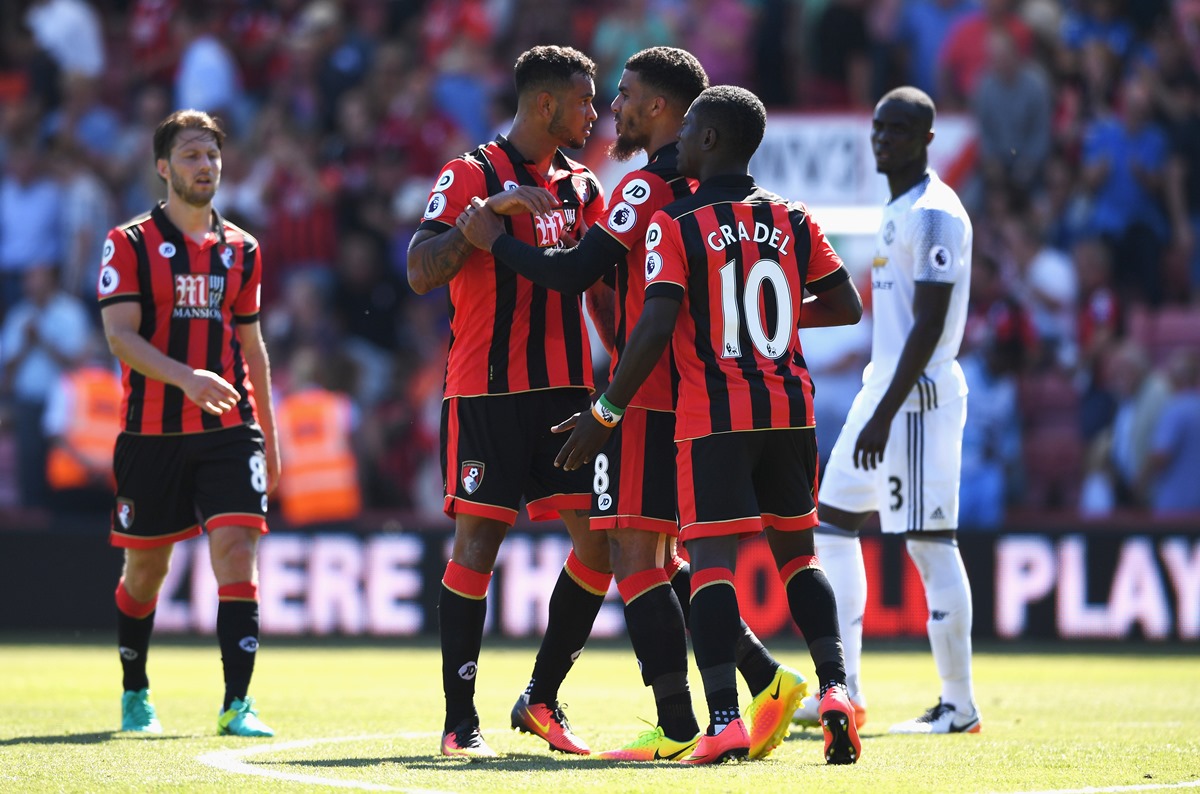 Howe has occasionally experimented with a 4-4-1-1 shape this season, with the lone striker supported by a second striker, often Joshua King. But now, with his main striker unavailable, it may be the time to opt for a 4-4-2 or 3-5-2 shape and a true partnership up top. Alongside the aforementioned Afobe, the main candidates for the other striking position would be King, Lys Mousset and Max Gradel.

King is fast and a good dribbler, and while he is not a natural finisher, his style could complement Afobe. Mousset is a relative unknown within English football having yet to make a start since signing for the club from French side Le Havre, but he has a decent track record. Unlike the other two, Gradel is a natural winger, though he has played well in a more central role at Championship level.

The harsh reality is that, without Wilson, Bournemouth lack a consistent scorer. In the circumstances, rather than expecting one player to fill the void, it may be more appropriate to spread the risk by using two strikers.

Go for pace on the counter

When it comes to pure speed, few Premier League clubs can match Bournemouth’s attacking options. The aforementioned King provides real cut and thrust, while 22-year-old Scottish wide man Ryan Fraser also has pace to burn, as well as hearty energy reserves. Jordon Ibe and Junior Stanislas can beat a man, and Gradel is no slouch either. Howe may be wise to focus on this particular asset in Wilson’s absence.

Only seven teams have enjoyed more possession than Bournemouth’s average of 52.3 per cent in England’s top tier this season, and only three teams – Arsenal, Manchester City and Southampton – have played fewer long balls. Though they don’t tell the whole story, these statistics offer an insight into Howe’s preferred style of play. However, without the same cutting edge up front, the Cherries could benefit from a change in style.

A front three of Ibe or Stanislas and Fraser on either side of King may lack for aerial threat or final third instinct, but they would be very dangerous on the break. Switching to a 4-3-3, sitting deep and forgoing possession in order to transitioning at speed into the available space could catch opponents out and provide Bournemouth with a different kind of attacking threat. 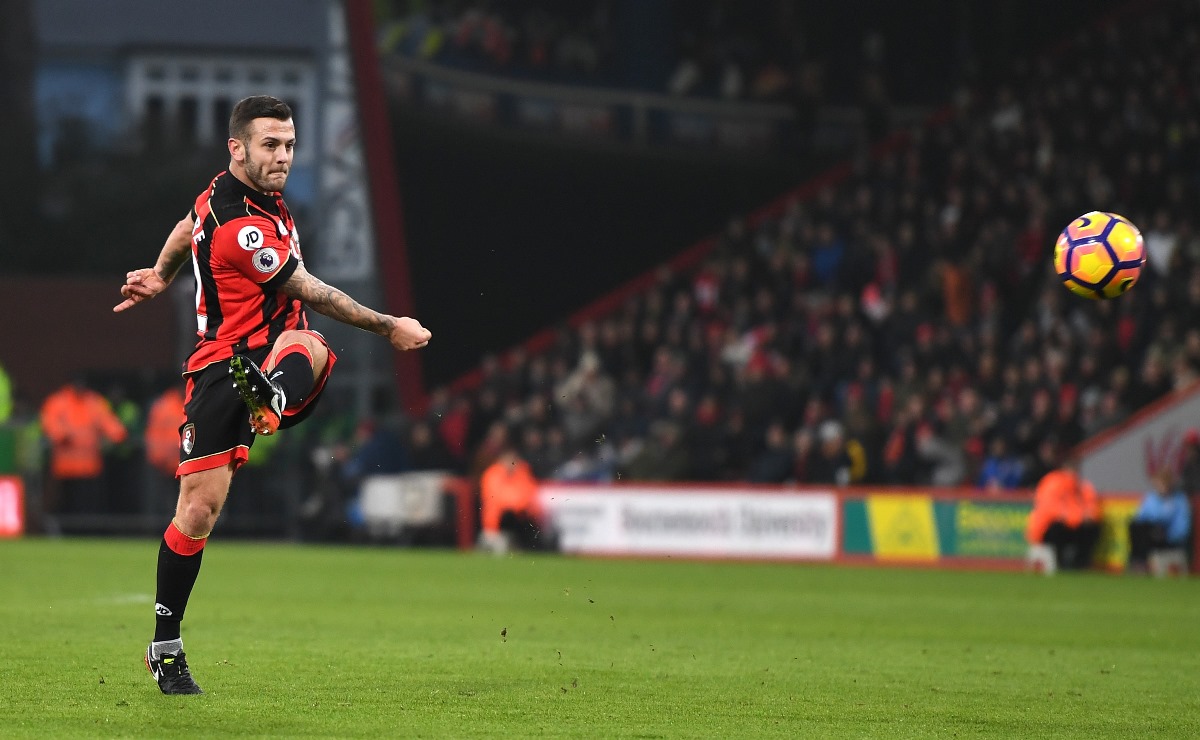 The false nine is one of the most spectacular individual player roles on show in football when implemented correctly. The most famous recent interpretation remains Pep Guardiola’s use of Lionel Messi in the role during their time together at Barcelona, though throughout history others, including Luciano Spalletti’s Roma with Francesco Totti and Hungary’s Magic Magyars – Gusztav Sebes’ use of Nandor Hidegkuti – have gained renown.

Bournemouth don’t have a Messi or a Totti or a Hidegkuti, but that needn’t prevent them from using a false nine system. As discussed above, they have real pace in a number of wide men, all of whom could operate as inverted wingers on either side of a false nine within a front three. The only question is who would take on the crucial central berth.

Wilshere is naturally a central midfielder, though he has performed well in the hole during his time at Bournemouth thus far. His flitting movement, exceptional ball control, passing and vision would suit the false nine role, though he lacks the speed and cutting edge to tick all the necessary boxes. Ibe is another candidate, though he doesn’t appear to have the required end product.

Gradel has been the forgotten man at Bournemouth this season, though his combination of athleticism, acceleration, skill and movement could make him ideal for a false nine role. In addition, he scored double figures for Saint-Etienne in France’s Ligue 1 in 2014-15, proving he is a capable finisher.

With Gradel roaming between the lines and from flank to flank to disorientate his markers and connect play, and two inverted wingers – perhaps Fraser on the right and Stanislas on the left – stretching the opposition defence and creating central space to drive into, this change in system could prove productive.

The January transfer window is over but the Football Whispers grow louder – check out episode ten!