He idolises Mario Balotelli and super agent Mino Raiola represents him. Juventus’ Moise Kean has big boots to fill but the talent to do it. He’s Serie A’s next big thing.

It’s safe to assume Kean wasn’t in Massimiliano Allegri’s first-team plans at the start of the season. Allegri is able to call upon the likes of Gonzalo Higuain, Paulo Dybala and Mario Mandzukic. However, injuries to Dybala and Marko Pjaca have given the highly rated striker a chance to stake a claim in the manager's plans. He’s shown in the 12 minutes of first-team football that he’s played that he something to offer the team this season. He came on against Sevilla and within seconds had a hand, not literally, in Juventus taking the lead through a Leonardo Bonucci strike. Dani Alves put the ball in from the right and it as Kean grappling with the Sevilla centre-back which meant the clearance didn’t get very far and Bonucci was able to fire home. Kean’s presence had an instant impact.

It’s been a meteoric rise for Kean since he joined the Bianconeri in 2010 from Turin rivals Torino. While playing for the Under 15s he scored 21 goals in 10 games which lead to him moving up to the Under 17s. He responded to the move by netting 24 times in 26 matches and his form prompted yet another promotion, this time to the under 19s and so far this season he’s scored 6 goals in 10 matches. He knows where the goal is. But he’s much more than just goals.

He’s intelligent both on and off of the ball and it’s this that suggests he’ll get chances no matter what team he plays for. He’s not bullying teams with superior skill and just running rings around them, he’s using intelligent movement to create his chances and that’s definitely transferable. He works hard defensively which most strikers need to do these days if they are to play for top teams. He’s got quick feet, his right foot is his stronger one but he’s more than capable of using his left. He’s electrically quick and quite an imposing presence in attack. He’s a well rounded modern day number 9 who can play as a winger if required. Many top managers are going to be salivating at coaching and being able to mould such a prospect. 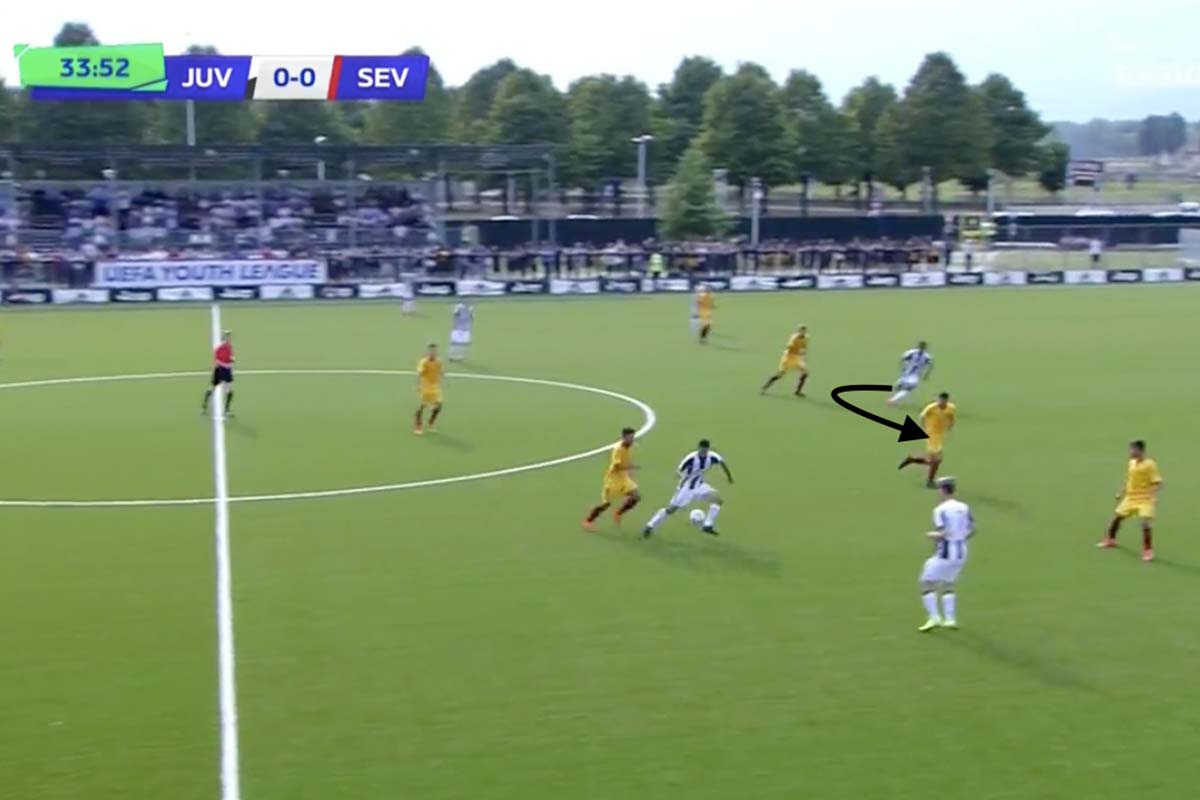 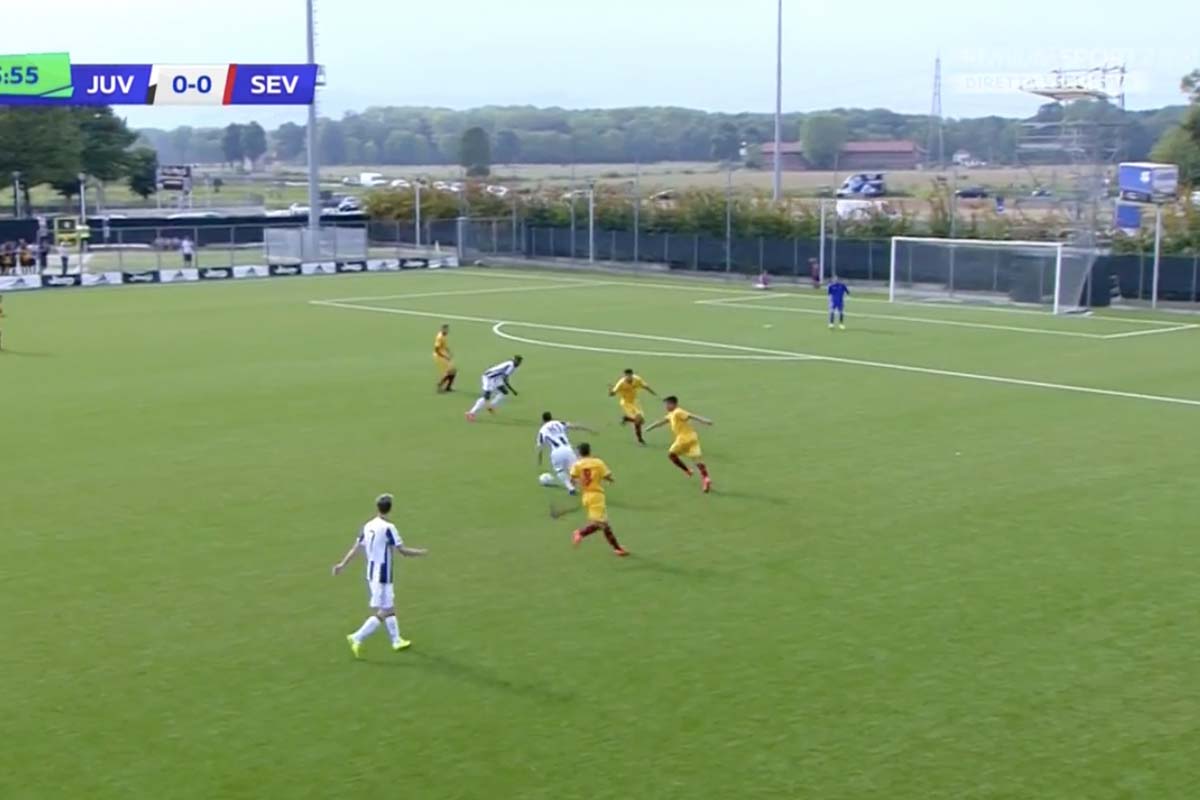 Even some of the world’s best strikers forget to angle their runs at times and it leads to an easy offside call for the officials. In the pictures above Kean shows good positional awareness. In the first picture he arcs his run to get back on side while cleverly positioning himself between the centre-backs. Kean gets himself back onside and takes advantage of the space that the left centre-back being drawn to the man on the ball creates. In the second picture Kean is holding his run. He waits and he waits before making the move for the Juventus player to release the ball. The disjointed defensive line means he’s onside and clear of the flat footed defenders enabling him to emphatically fires home. 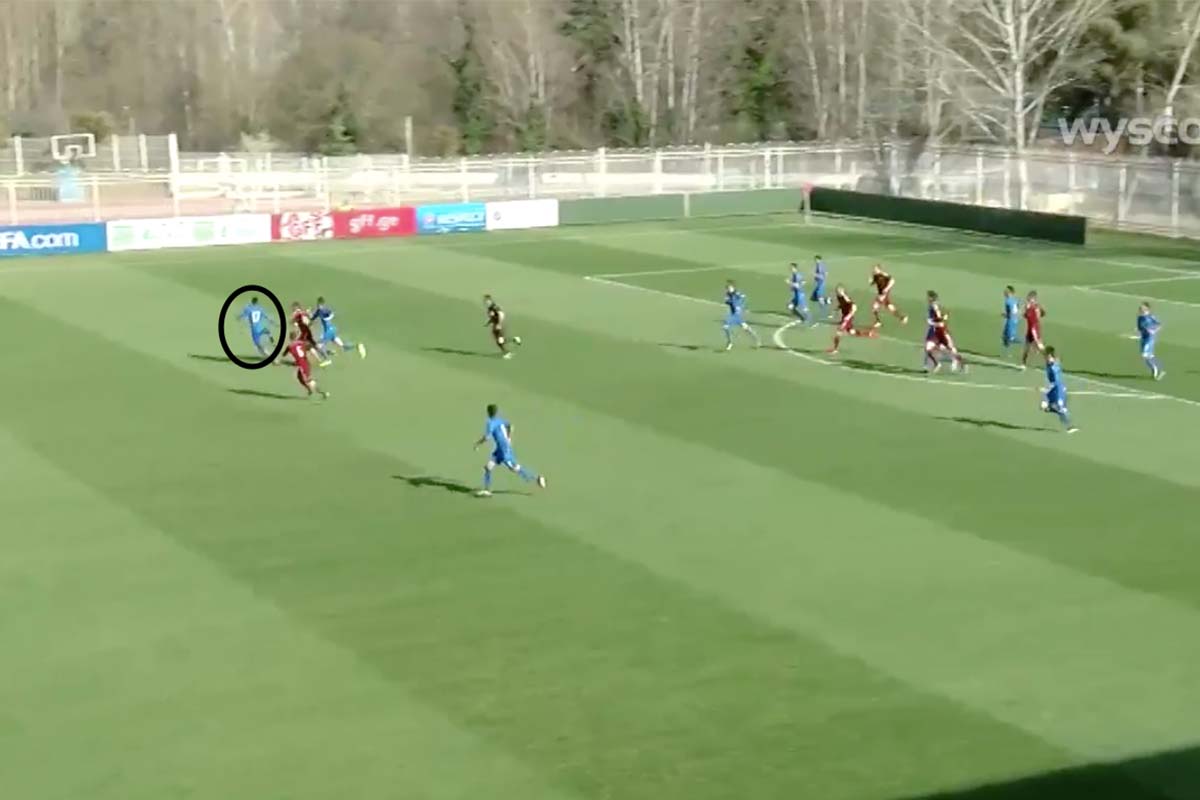 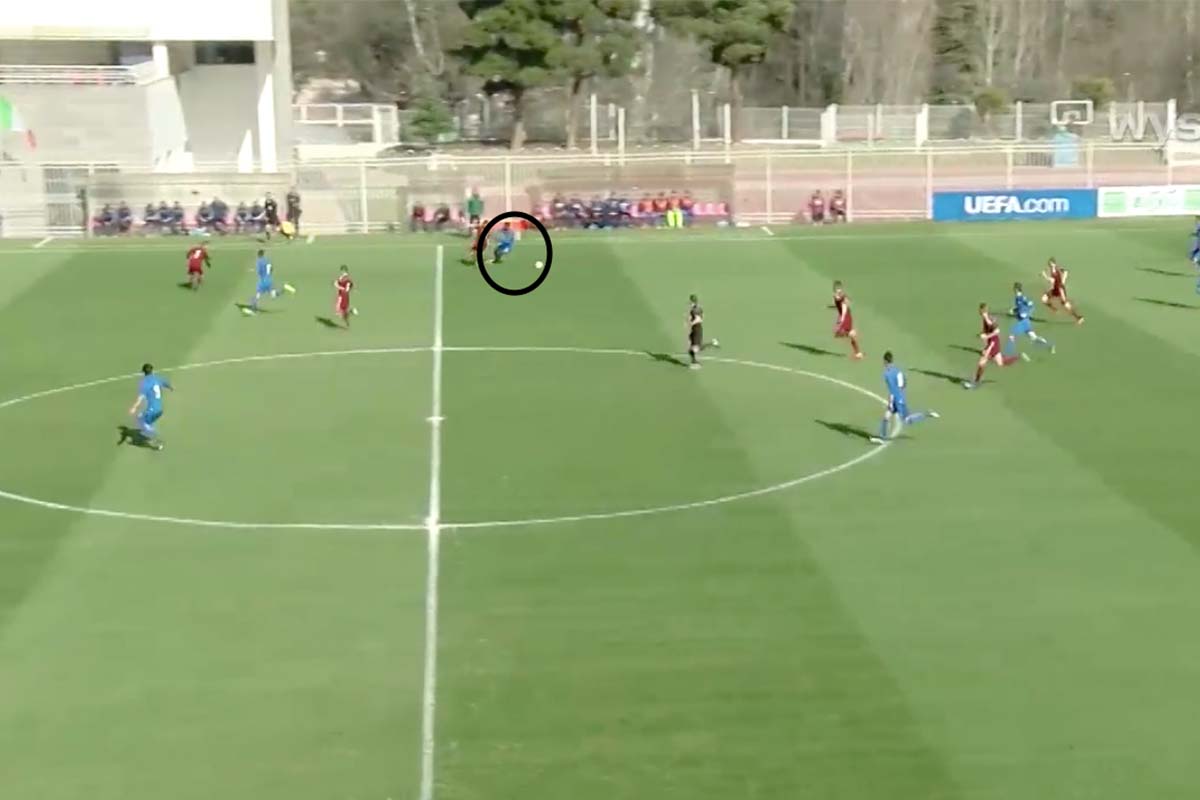 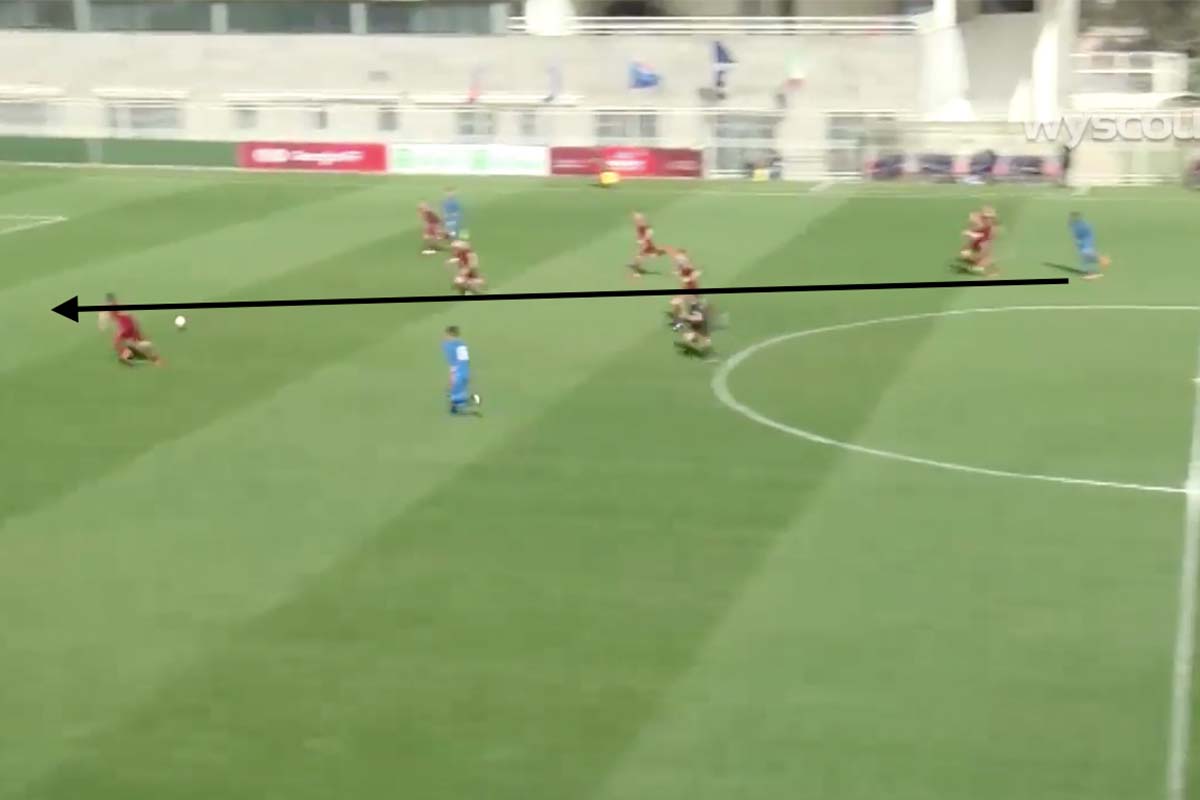 In the first picture Juventus are defending a corner and the ball breaks to Kean. He immediately looks to start a counterattack and drive Juventus forward. One of the opposition keeps up with him and another moves over to cut off his pass forward. In this instance some players may opt to just keep hold of the ball here and wait for the midfielders to join the attack or perhaps even play the ball all the way back and look to start again. But Kean notices Juventus have a man over on the left hand side, he cuts back onto his unfavoured left foot and plays a perfectly weighted ball inside the opposition player and straight into the bath of the Juve man who fires home.

It’s this raw potential and obvious ability which has lead to many of Europe’s elite clubs looking at the possibility of signing the youngster before he signs a professional contract with Juventus. Manchester City are the latest club to be linked with Pep Guardiola keen to add to his ever growing collection of prodigious young attacking talent. It’s a scary prospect to think of what Guardiola could do with the likes of Marlos Moreno, Moise Kean, Leroy Sane, Raheem Sterling and Gabriel Jesus. This link comes just a week after reports surfaced that Kean had turned rejected interest from Manchester United and Arsenal with Real Madrid, Liverpool and former manager Antonio Conte, now of Chelsea, monitoring the situation.

Could he be Mino Raiola's first £100 million client within the next few years or will his career follow in the foot steps of Mario?