When Ben Davies signed a new four-and-a-half-year contract with Tottenham Hotspur last week there was little fanfare. But it was yet another smart piece of business from Spurs who could have solved a long-standing problem in doing so.

Mauricio Pochettino and Daniel Levy have got into the good habit of tying down their younger players to long-term deals in recent months with Kyle Walker, Danny Rose and Harry Kane all inking agreements which have seen them commit the best years of their career to the north Londoners.

Davies would not be considered a ‘key player' at White Hart Lane in anyone's definition. The 23-year-old has, understandably, played second fiddle to Rose in the left-back stakes at White Hart Lane but has enjoyed a run in recent weeks due to Rose being injured.

But he can have few complaints; Rose has been in sterling form, establishing himself as one of the Premier League’s best number threes and England’s first choice in that position.

With that in mind one might ask why a player with time on his side, who has made just 30 league starts since joining from Swansea City in 2014, would want to remain at a club where he is not an automatic pick.

But, on closer inspection, it is a deal which makes sense for all parties and perhaps Davies' chance is closer than it might appear. We've done some digging and looked at why Davies could become important to Spurs… 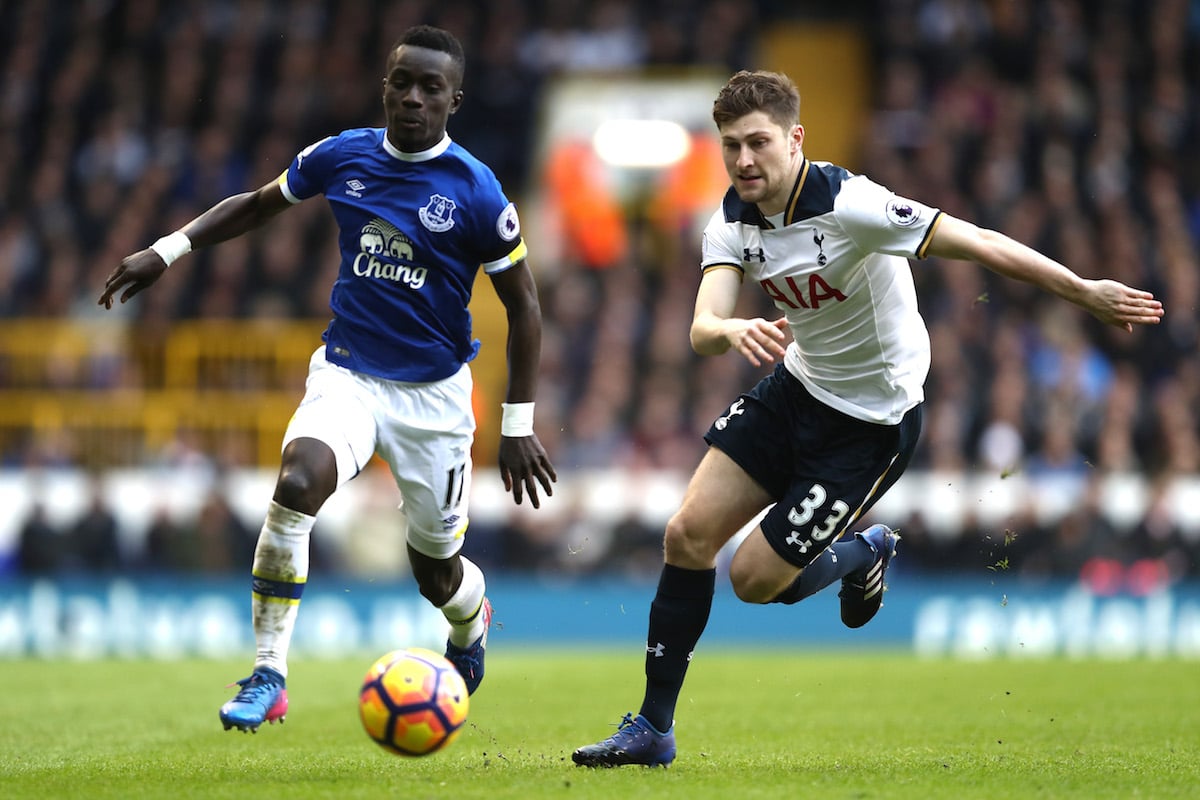 NOW READ: HOW WILL SPURS COPE WITHOUT HARRY KANE?

Quite apart from anything else Davies provides good left-back cover for Rose, even if he has only been given seven Premier League starts this season. He has filled in well recently and says he is enjoying himself.

“Of course. It’s part and parcel of the position, trying to get forward and trying to help the team score goals,” he told Tottenham's official website.

“That’s what you want to be part of at the end of the day. I’ve always said that defending is first and foremost for me but it’s a nice little change.”

Mauricio Pochettino’s high intensity, high-pressing style is tiring, particularly for the full-backs who are expected to get up, hug the touchline and provide the width in the Argentine's preferred 4-2-3-1 system.

Furthermore, Spurs have aspirations of going far in Europe and domestic cup competitions meaning high-quality squad depth is imperative to maintain a challenge on four fronts each season.

Davies has shown himself to be more than capable of deputising for Rose and while he is not as comfortable bombing forward, he is more than adequate with the ball at his feet. 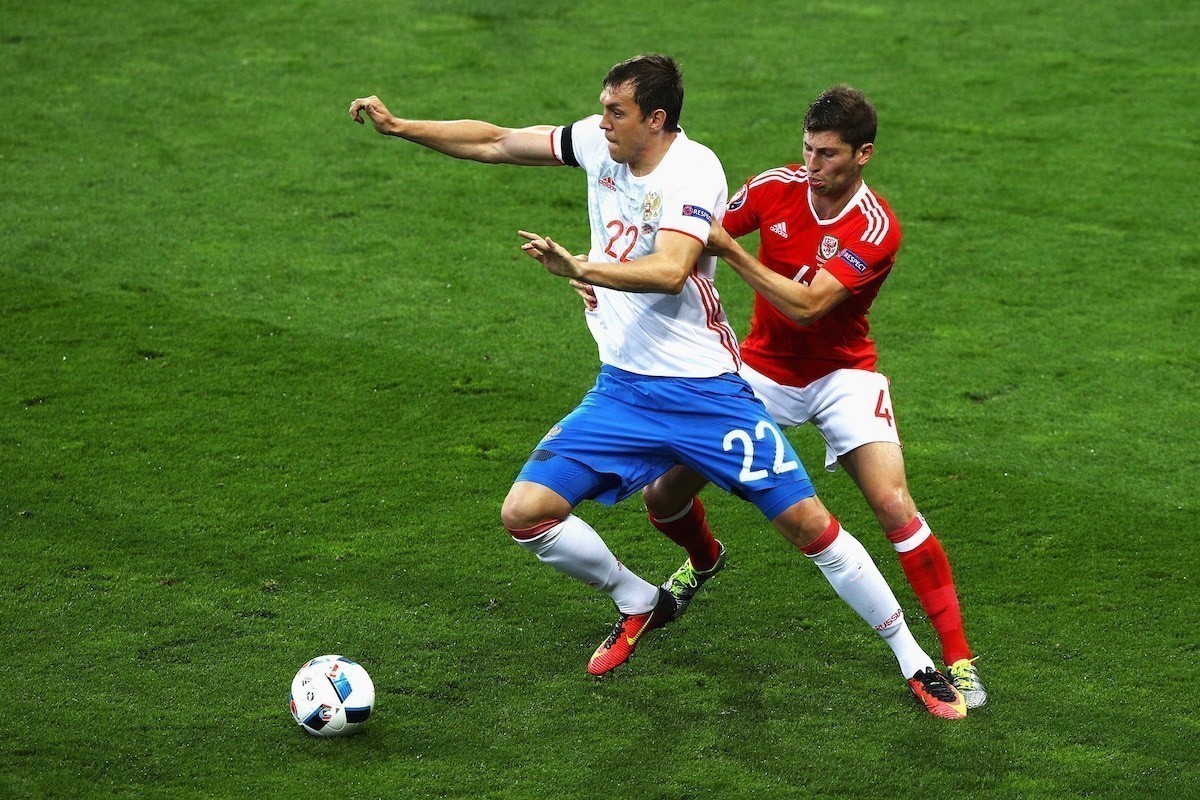 However, the real opportunity for Davies to force his way into Pochettino’s starting XI on a regular basis comes at centre-back – a position the Neath-born defender has made his own with Wales.

Davies has played in three 2018 World Cup qualifiers for Chris Coleman’s side this season, starting them all on the left-hand side of a back three with former Swans team-mate Neil Taylor outside of him at left-back.

Wales’ back three was a big part of their success at last summer’s European Championships in France with Davies flanking Ashley Williams in all five of the games he started as the Dragons reached the semi-finals where their journey was ended by eventual winners Portugal.

Spurs have lined up with four at the back in the majority of games this season. But their second most-used systems have been built on three at the back with Davies, Rose, Walker and Kieran Trippier pushed forward as wing-backs.

The form of Jan Vertonghen and Toby Alderweireld means two of those three slots are sewn up. But there is a vacancy next to them if and when Pochettino reverts to three at the back. 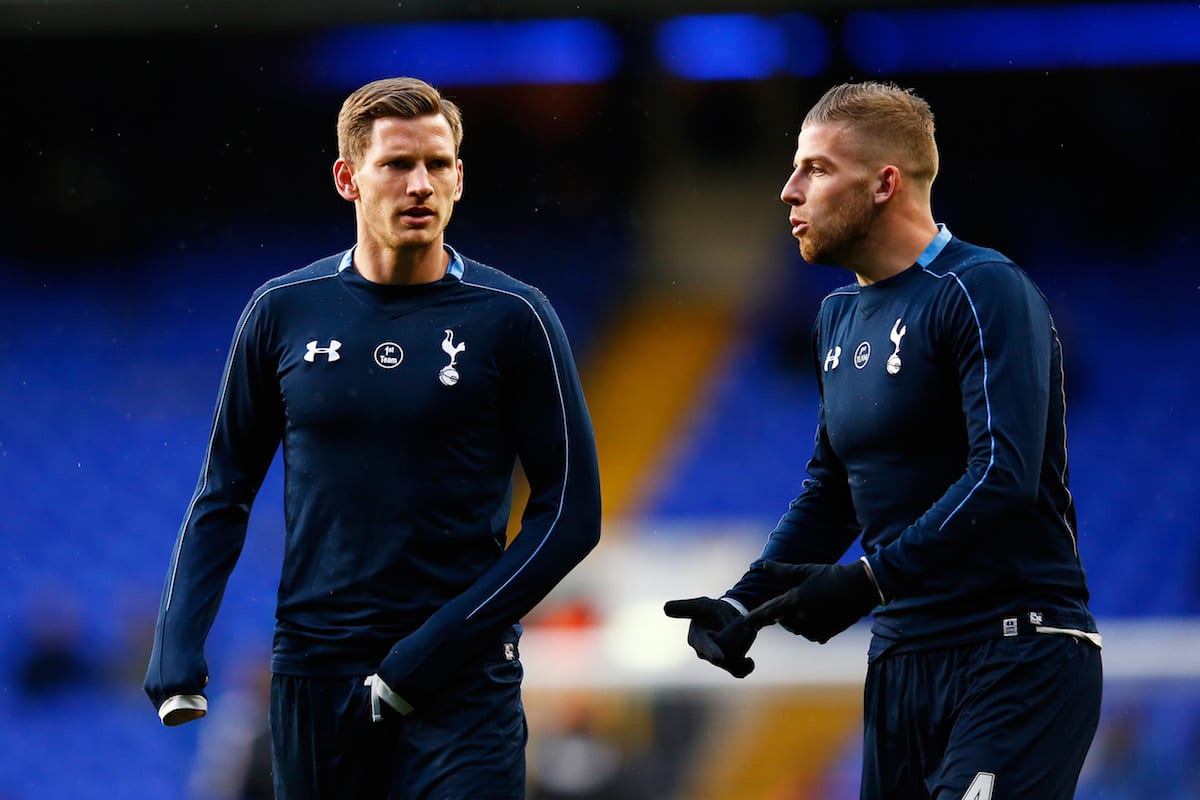 Kevin Wimmer has flattered to deceive since joining from Koln in 2015, making just 13 Premier League starts for the Lilywhites. For that reason it looks likely the Austrian will leave the Lane this summer in search of regular football.

That leaves Eric Dier, who has been used at centre-back this term despite previously impressing in the centre of midfield, and youngster Cameron Carter-Vickers – handed four cup run-outs but yet to make his league debut – as Pochettino’s other central defensive options.

If ever there is an opening for Davies to grab and make his own it is as a left-sided central defender in a back three.

How does Davies compare?

Davies has already shown on the international scene that he has the qualities required to play centre-back on a regular basis for Spurs too. He is tenacious, positionally aware and good in the air, winning two headers per game – the second-best record at White Hart Lane.

In the still below Davies adopts a good position in Wales' World Cup qualifier against Austria. When the ball is played towards his man the defender is able to get a foot around and stab clear. However, because of his body shape he is already ready for a foot race should the ball go inside. 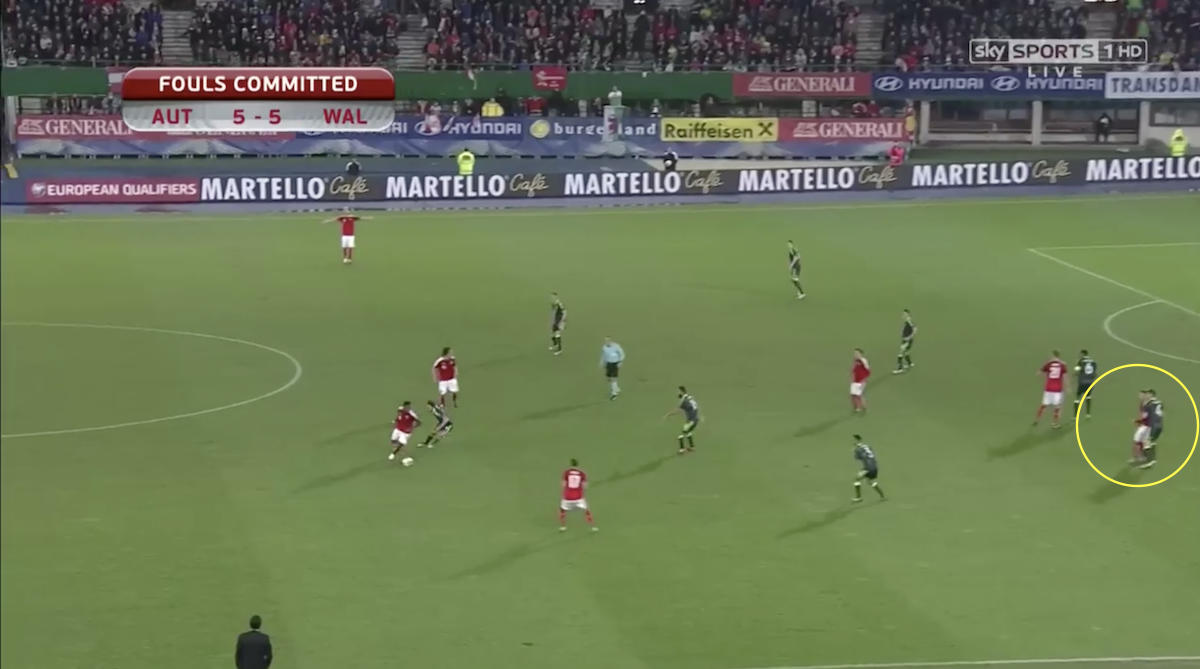 In the next example he has held his position in line with the rest of Wales' back three. However, when it becomes apparent the ball is about to be played into the man in front he gets tight quickly and wins possession for his team. 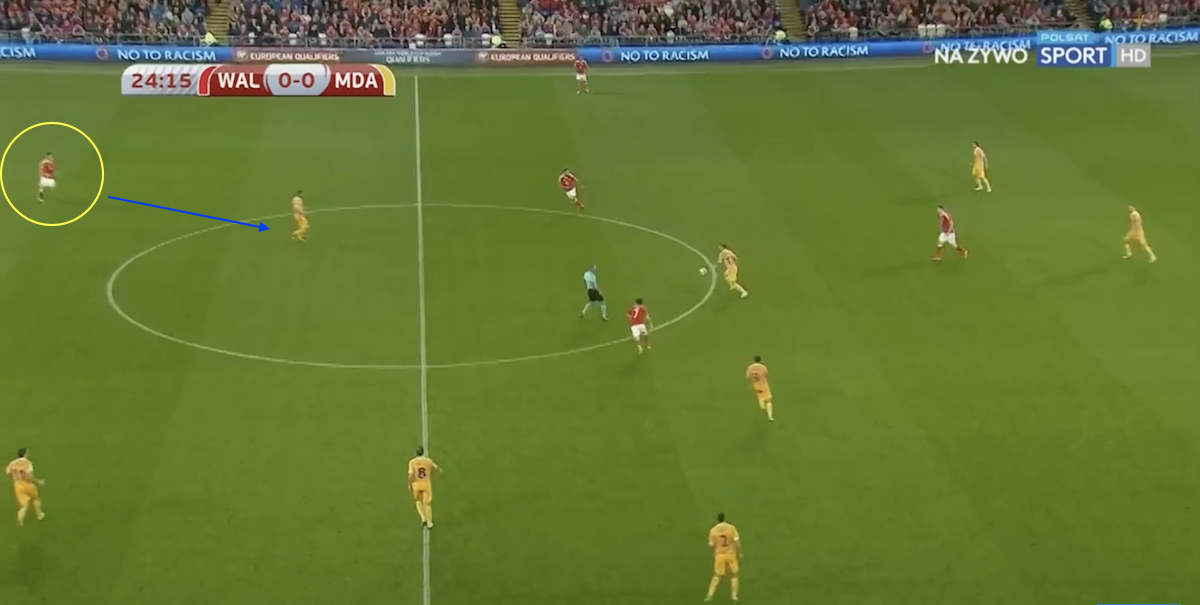 In the final example Davies allows Russia's Aleksander Kokorin space but takes up a position whereby he can see the dangerman and the ball carrier. 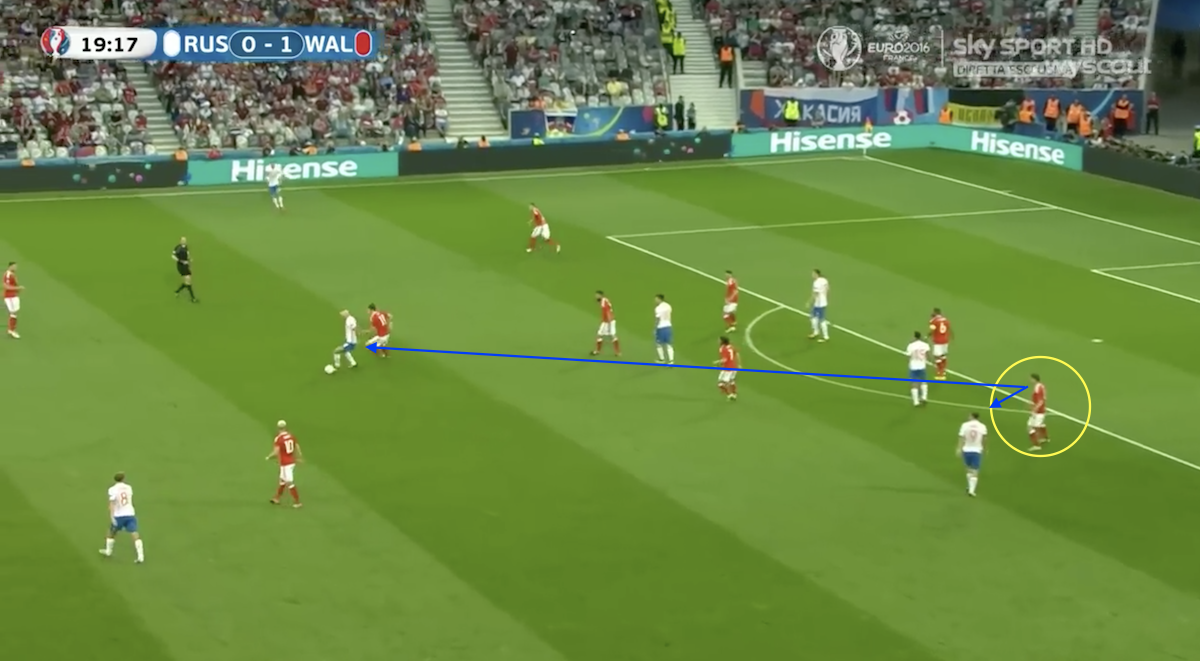 When the ball is eventually delivered into Kokorin, Davies is quick to step out of the defensive line and press the ball. However, there is a large amount of space left in behind as Wales' back three are quite narrow in this instance, even with Neil Taylor dropping back. 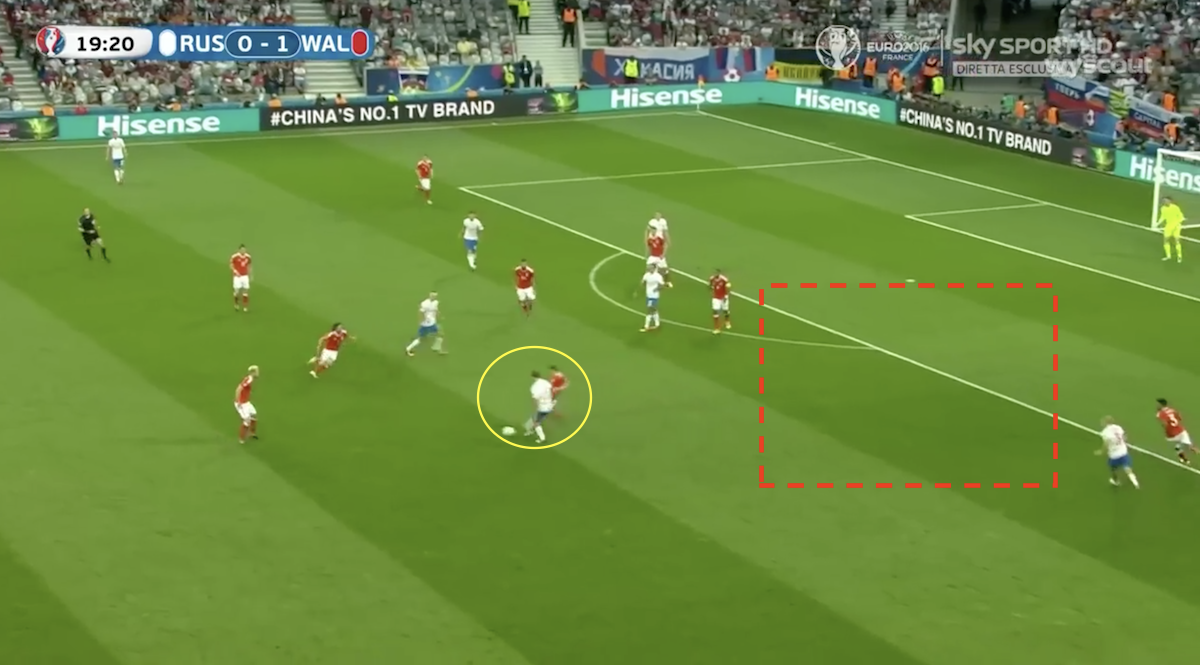 Most of Davies' defensive statistics are on a par with Spurs colleagues Vertonghen and Alderweireld.

Taking his data from the European Championships with Wales, he comes out on top for blocks per game (1.2) and interceptions (3.4) against Vertonghen and Alderweireld in the Premier League this season.

He is only just behind on tackles per game (1) with Alderweireld (1.4) and Vertonghen (1.3) holding a slight edge. 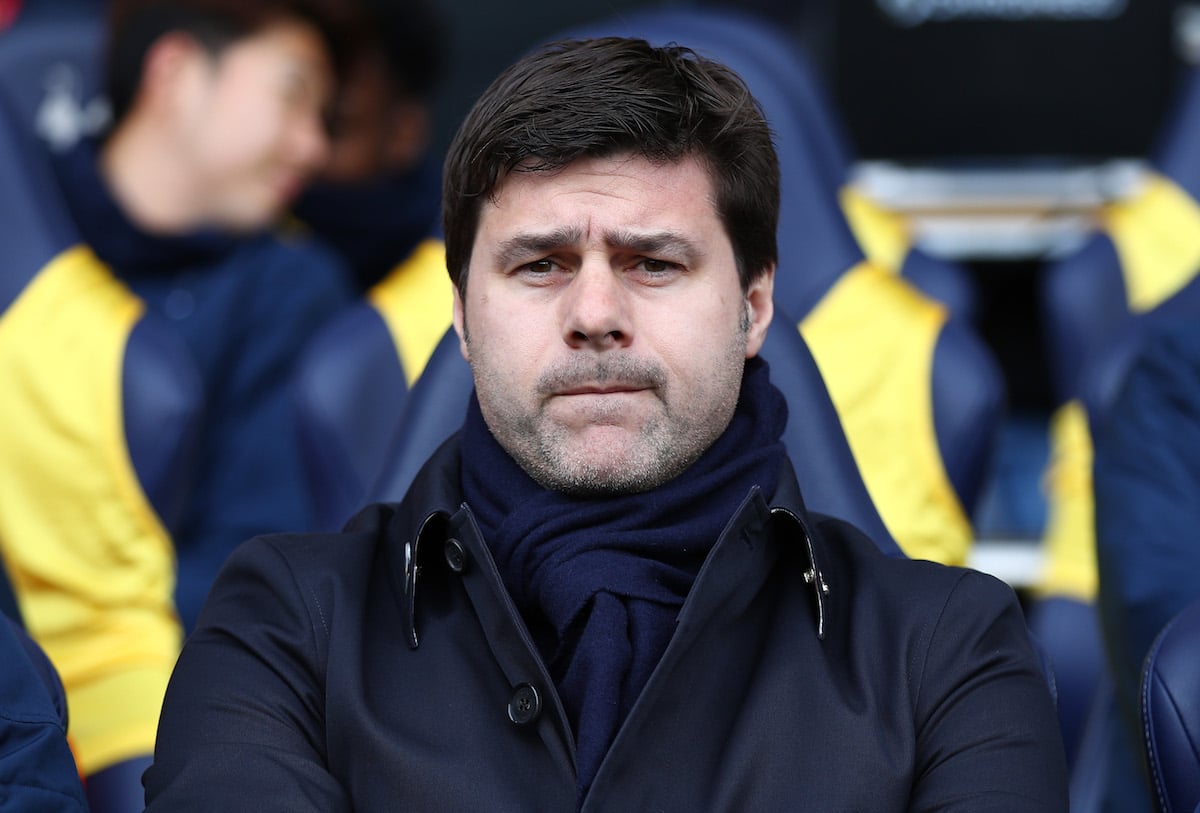 It seems inevitable Pochettino will be on the look-out for another centre-back this season with Wimmer almost certain to go the way of Federico Fazio and Vlad Chiricheș before him.

It is unlikely there would be a player on the market who could break up the partnership of Alderweireld and Vertonghen but that is not what Pochettino is after.

He needs a reliable backup option and he could already have the ideal candidate in his squad. The question marks remain over whether Spurs will play three at the back frequently enough to give Davies minutes and whether he would be as comfortable in a three.